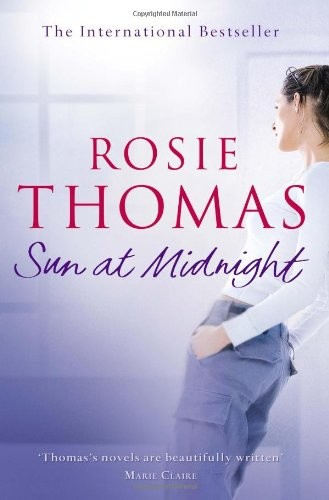 For the members of the XIth Bulgaria Antarctic Expedition – Christo, Dimo, Dany, Elmira, Koko, Milcho, Murphy, Niki, Roumi, Stanko and Valentin – with love and grateful thanks.

‘always on our team’

The wind blew straight off the frozen bay. It was thickened with sleet but the man working on the skeleton roof didn’t seem to notice the cold, or the way the flecks of ice drove into his eyes. He had climbed the raw wood truss at one end of the building and now he straddled the main beam high above the mud- and snow-smeared mess of the site. The hotel had been due to open at the beginning of the short summer season, but the weather had been bad even by local standards, and the work had been slow and dogged with problems. Now the job was way behind schedule. The first fix wasn’t even finished, a month before the completion date. The site crew were mostly Mexican, the main contractor was from Buenos Aires and they all hated the cold. The architect worked for a big commercial practice in Portland, Oregon, and he flew into town and found fault for a couple of days before flying right out again. The hotel company was German-owned, with an aggressive development programme and a policy of cutting construction costs right to the bone.

All of this was routine, however. It was work, life’s usual shit. James Rooker didn’t even bother to think about it.

He vaulted along the beam, squinting against the wind and snow, checking the bolts that secured the plates that held the trusses in place. The wood was split and some of the bolts were missing. This was Juan’s and Pepito’s work, of course.

Down below, the whistle sounded for the end of the day. Instantly a trail of men straggled across the site to deposit their tools and pick up their coats.

Rooker looked across to the bay and the snow slopes lining the Beagle Channel. It was September and the only ship in the harbour was an ugly Russian ice breaker waiting to head south, but in a few more weeks it would be summer and the cruise ships would be moored up on either side of the main jetty. The town would be full of tourists in fleeces and hiking boots, coming and going from their sea voyages and their glacier hikes and waterfall sightseeing trips and treks in the National Park. There would be a little blue-painted funfair train running through the streets, and an employee of the tourist company dressed in a giant penguin suit would spend five hours of every day posing for photographs and using his flipper to shake hands. It would soon be time to be somewhere else. As this occurred to him, Rooker noticed that the snow had stopped. A slice of sky showed through the clouds and an oblique shaft of silver light fell across the sea ice.

He swung down from his beam and clambered down a series of ladders to the ground. The finished hotel would have sympathetic wood cladding, but as yet it was a grey breeze-block slab with holes poked in it for windows. A pair of men had started work today on the ground-floor door and window frames.

He caught sight of Juan in a group making tracks towards the site gate through the skim of wet snow.

The man stopped and waited. He was small, dark-skinned and hopeless. ‘
Sí?
’

Rooker towered over him. He jerked a thumb towards the roof timbers. ‘What’s that crap up there?’

The carpenter shrugged. He was used to the foreman’s ways. ‘Weather bad,’ he muttered routinely.

‘Then let’s get the fucking roof on straight, Mex, so we can all have some shelter. Okay?’

‘Bad work, no
pesos
.
Comprende
?’ Rooker rubbed his thumb and forefinger together.

The man nodded and hitched his canvas bag over his shoulder. It was Wednesday and the crew got paid on Thursdays, so there would be no drinking tonight. Juan just wanted to get back to his lodgings for some food and warmth and a night’s sleep.

‘Get on, then,’ Rooker said, losing patience. Everyone else was already gone, Pepito presumably amongst them. The grey light was fading fast. The roof and its correct fixing would have to wait for tomorrow, yet another day. Juan trudged away and Rooker locked up the metal cabin that served as the site hut and tool store. By the time he was padlocking the gate in the metal fencing it was fully dark. Night fell swiftly at this latitude.

He walked quickly down the hill towards the centre of town. Up here, on the outskirts, the roads that bisected the main streets were still unmade. There were mounds of filthy snow beside the steps up to narrow front doors. The houses were corrugated metal boxes not much more elaborate than the site hut, but they were brightly painted and the curtains were already snugly pulled at most of the windows. A couple of dogs reared and snarled at the end of their chains as he passed. It was bitterly cold now. As he turned right under the dirty orange glare of a street lamp he saw the lights of
a plane low in the sky. It was the evening flight from Buenos Aires, coming in to land at the new airport.

The bar he was heading for wasn’t one of the brightly lit ones in the main street parallel to the harbour wall. Those places had check tablecloths and pictures on the walls, and they served fancy-priced beer or coffee or even cocktails to tourists on their way to beef barbecue restaurants. Rooker’s destination was in a side street, down three steps from sidewalk level and behind an unmarked door.

Half a dozen people looked up from their drinks when he came in and a couple of them nodded to him. He stood at the bar and the big barmaid poured him three fingers of whisky without asking what he wanted.

‘
Hola
,’ she muttered as she slid the tumbler across the bar. She had stopped hoping that Rooker might pay her some attention.

He drank his whisky in silence. There was nothing decorative or homely about the place, only wooden stools and bare floorboards. It was dry and fairly warm and the drink was cheap, and no one who came here was looking for more than that. It was a bar for itinerant workers, fishermen, sailors and foreign kitchen hands, a dingy place in a frontier town at the furthermost end of the world. Or almost the furthermost end.

Rooker was finishing his drink and wondering about another when the fight started. It erupted without warning, for no discernible reason, as fights often did in this place. Suddenly a table was overturned and playing cards fluttered over the floor. Two men growled and wrestled each other like drunken bears. One of them took the other by the throat and shook him, the other crooked his arm and his fist connected with his assailant’s jaw with a sharp crack. They staggered, locked together, and fell over another table. Glasses fell and smashed, and black spatters of drink marked the
floor. The other drinkers stood up or shouted and the barmaid wearily reached for the telephone behind the bar.

He sidestepped away from the fracas, his face expressionless. Rooker had seen too many bar fights; this one was monotonously the same as all the others. He reached the door and walked out into the darkness without looking back. He reckoned that he might as well go home, without thinking of the place in this context as
home
. It was ten minutes away, back up the hill, but in the opposite direction from the new hotel. He moved unhurriedly, his hands in the pockets of his storm coat, not noticing the cold or that it had started snowing again.

The house was a two-storey building, older than most of its neighbours, with protruding eaves and a little loggia at the front. For the few precious weeks of summer there would be flowers in the blue-painted oil drums that stood under wrought-metal lanterns on either side of the front door, but for now there were only crusts of snow, clinging to dead twigs, and a scatter of cigarette butts. Officially Marta didn’t allow smoking in the house.

Rooker let himself in. In the hallway there was a smell of frying meat, an ornate carved-wood coat-stand and about a hundred framed pictures. Marta loved bric-a-brac. He had had to do battle, when he first rented his room, to get her to remove half the stuff that cluttered it up.

As he put his foot on the first stair, Marta stuck her head out of the door that led to her domain at the back of the house.

Marta was enormously fat, but she had a lovely face, with smooth pale skin and sad dark eyes. Her husband had left her and she was on the lookout for a replacement. Rooker greeted her without checking his progress up the stairs.

He hung up his coat and unlaced his boots. There was an armchair beside a small wood-burning stove, a bookcase, a table and a couple of chairs, and an alcove with a sink and a basic kitchen. In another alcove was a bed and a cupboard. The bathroom was out on the landing and Rooker shared it with the chef from one of the tourist restaurants, who rented the upstairs front.

‘It’s fine,’ he told Marta when she showed the place to him. And it was fine, once he had made her cart away all the religious pictures and lace tablecloths and wool-work cushions that filled it up. He wasn’t fussy about where he lived, so long as it didn’t take up too much of his attention.

He began to make a meal. There was the remainder of a bean and beef casserole that Marta had pressed on him, so he put the pan on an electric ring to heat it up. There was bread, and a block of strong cheese, and some smoked sausage. Rooker was just putting a plate on the table when he heard the unusual sound of someone ringing the downstairs bell. It would be a friend of Guillermo the chef’s, he thought. Guillermo did have the occasional night off work. Or maybe Marta had found a new boyfriend.

There were voices in the hallway, Marta’s and another. The caller was a woman.

Marta came puffing up the stairs and rapped on his door.

‘Rook? You got visitor,’ she called.

He looked around his room, instinctively checking for anything that might give away something of himself. But the place was almost bare, apart from clothes and food, and a few books on the shelves.

‘Rook?’ Marta repeated. Through the thin wood panels of the door he could hear her breathing, but no sound from the other woman, whoever she might be.

He opened the door. Marta’s bulk almost blocked the aperture.

‘Come up, honey,’ she called over her shoulder in her heavily accented American English. His caller wasn’t local, then.

Light, quick footsteps came up the stairs. Marta squeezed herself to one side and he saw that it was Edith.

She brought the smell of cold in with her. There was snow on her shoulders and her hair glittered with moisture. She tipped her head and her eyebrows lifted. ‘What kind of a welcome is that?’

‘What kind of arrival is this?’

Edith didn’t let her smile fade. He remembered how white her teeth always looked against her tawny skin. ‘A surprise.’

She was carrying a bag. She let it drop now with a thump. Marta looked inquisitively from Rooker to Edith and back again.

‘
De nada
.’ She was offended not to be introduced and further included in the unusual event of her back lodger having a visitor.