BOOK: Super Human
12.06Mb size Format: txt, pdf, ePub
Read Book Download Book
ads
And then the scarf around her neck tightened once more, but the scarf was cold and hard and strong, and finally Roz came awake.
Slaughter had her hands around Roz’s throat, and Roz knew that they were thousands of feet above the ground.
Slaughter had flown straight up. In seconds they had passed through the clouds and now—as Roz’s vision finally began to clear—she realized she was looking up at the stars.
Slaughter was squeezing as hard as she could, and it was all Roz could do to keep up her telekinetic shield.
“Die!” Slaughter said. “Die, damn you!”
Roz clenched her fists and struck at the woman, but it was like punching a bronze statue.
“All right,” Slaughter said through gritted teeth. “I can’t strangle you, but I can hold you up here until you suffocate. Or maybe I’ll do
this
.” She let go of Roz’s neck with one hand and slammed her fist into Roz’s stomach. “Hurts, doesn’t it? Here’s another one.” She punched again.
Roz twisted aside, deflecting most of the force. “Why are you doing this?” Her voice was weak, barely audible even to herself.
Slaughter’s expression of fury faded into puzzlement, as though she had never encountered the question before. “What? Because you and your friends are in the way!”
“The Helotry—” Roz began.
Slaughter’s grip loosened. “How do you know that word?”
“We know everything,” Roz lied. “You’re trying to bring back the Fifth King.”
Slaughter stared at her.
“How do you know?”
she demanded. “You have no telepathic powers—and not even your brother is strong enough to read my mind!”
“Your plan is going to fail. The Fifth King is a myth. And even if he
was
real, he’s been dead for thousands of years. Nothing you do is going to change that.”
“Little girl, you are so wrong it’s almost funny. We
are
bringing him back.”
“What are you going to do? Clone him or something?”
Slaughter sneered. “Clone him? No, cloning technology is years away from being feasible. Besides, we’d need a sample of his DNA, and he was destroyed in a pillar of fire. Maybe there aren’t too many verifiable facts about the Fifth King, but that one we
do
know. His death was witnessed by thousands of people, and all their stories correlate. We know precisely where and when he died. And if you have that sort of information, and you’ve got the right sort of power source and the people smart enough to control it, you can do what we’re going to do.”
She paused, and Roz knew it was only for effect.
“And what’s that? What
is
The Helotry’s grand plan?”
“We’re going to tear open a hole in space and time. In the last second before the Fifth King dies, we’re going to snatch him out of the past.”
CHAPTER 23 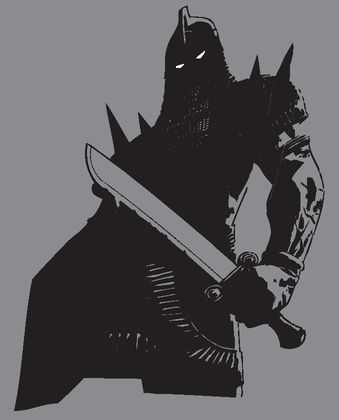 Forgiven by J. B. McGee
Some of the Parts by Hannah Barnaby
Voices of Islam by Cornell, Vincent J.
No me iré sin decirte adónde voy by Laurent Gounelle
Easier Said Than Done by Nikki Woods
Good at Games by Jill Mansell
The Sword Bearer by John White
The Temple of Gold by William Goldman
Collide by Alyson Kent
The Pegnitz Junction by Mavis Gallant