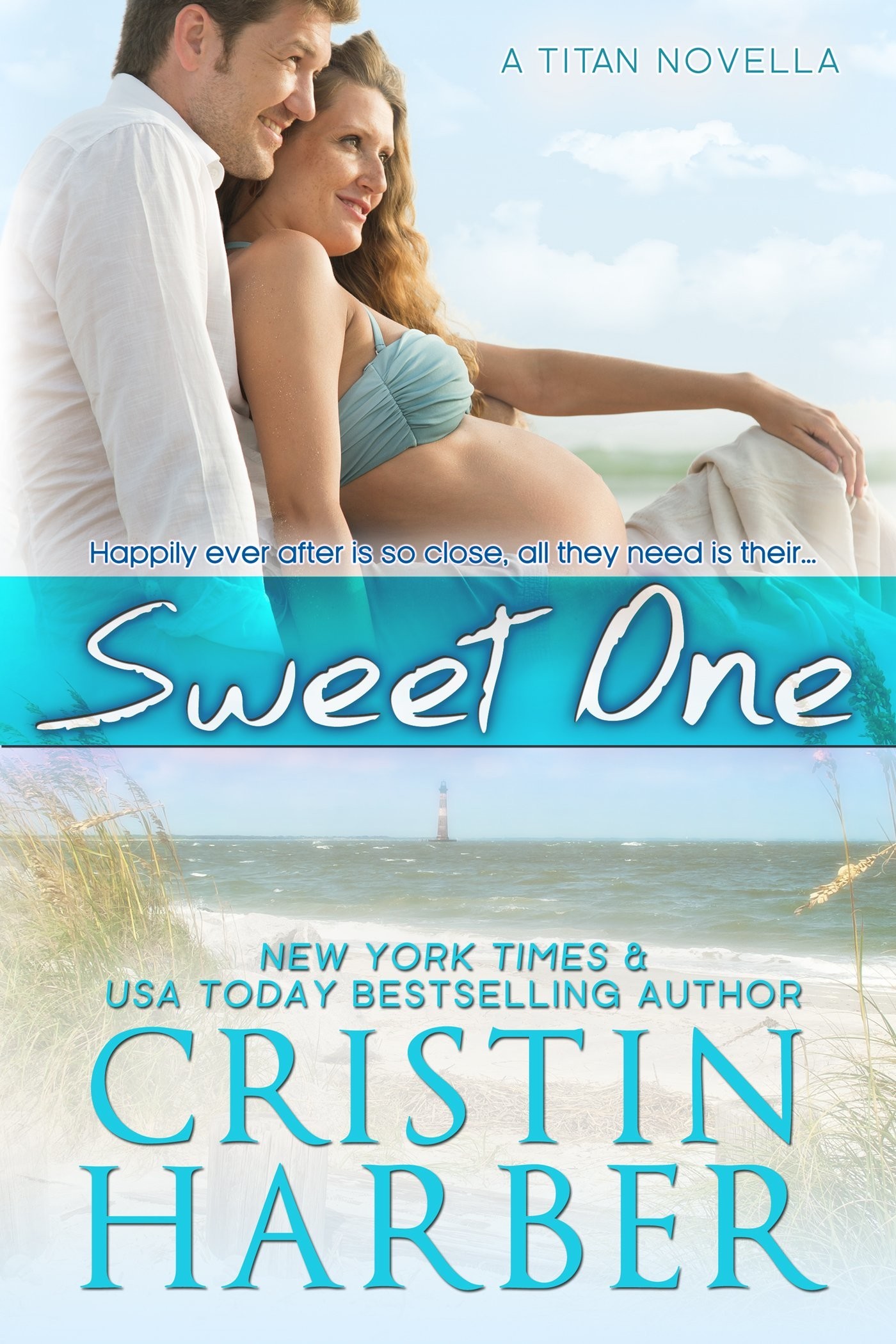 God.
If Nicola could suck on any more ginger without
that
making her want to puke, she would. But for the time being, it was about the only thing that was keeping her from hugging the bathroom toilet. The nausea would be over in a few weeks, and Beth had promised her that morning sickness was a blessing anyway. She said it meant everything was ticking along as it was supposed to—though Beth was her best friend and a spy, not an obstetrician.

Ugh.
Nicola reached for the remote as her phone rang and flashed the word UNAVAILABLE. It was way too early for Cash to check in from his job. A different kind of stomachache set in. “Hello?”

“Parker.” She sighed, relieved. If something were wrong, Jared or Roman would call. “What’s up?”

“Anyone there with you?”

“You have to talk to Roman.”

Her stomach bottomed out at the mention of her brother. “Is he okay?”

“Is Cash?” Her world went into a tailspin. A cold shiver slid down her spine, and the hair on her arms vibrated in fear.

“He needs you to talk to him.”

“Both of them. Sit down, sweetheart. I’m patching you through.” Parker was too serious, and an eternity of stress aged Nicola by decades as he cleared his throat. “Mia and Sugar are already on their way to your place.”

Tears burned Nicola’s eyes; anger at the unknown made her grind her molars. “Damn it, Parker. What’s happening?”

A jarring noise broke in with the loud beat that could only be the inside of a helicopter. “Is Princess on the line?” Jared’s low voice scratched through the line, breaking in and out.

“What the hell is going on?” she asked. The urge to vomit tested her limits, and not knowing what the hell was happening was too much to take. “Parker? Jared? Who the hell is on the line?”

“No, no, no. Where’s Cash? Tell me! Where’s Cash?” Her world spun. Tears rolled down her face as she fell to her knees. Everyone was on the phone except for her husband. He didn’t know she was pregnant. She’d wanted to surprise him, to shout,
You’re going to be a daddy!
and see his beautiful tan face light up and those perfect dancing blue eyes shine with the brilliance that she’d remember forever.

“He’s fine.” That was a lie. She’d known for years how Roman sounded when he wanted to protect her and make everything alright, as a big brother should. “It’ll be okay. Just listen to me.”

Shaking her head, she curled onto the floor, silent tears soaking her skin and desperate exasperation making her hyperventilate. “What is going on, Roman?”

“Oh God! No!” If he knew that, then Beth had told Roman, and Cash was in bad shape, and this—Roman calling her—was the last straw: an attempt to save her husband or a good-bye call. Her mind spiraled.
Screw the silent tears.
Nicola sobbed. “Where’s Cash?”

“He’s with me.” Roman’s stoic voice faltered, telling her all she needed to know. “He’s sleeping, hon, and he needs to hear your voice.”

“Oh God.” She wiped her face, unable to see past the blinding tears. “Roman, no. Please.”

“He’s okay, Nic. And he’s going to be better when he hears your voice.” Roman paused, and Nicola shook, not sure she had the strength Cash needed. “You’ve got to do this for him. Got me?”

God.
Everything about their lives was always torn apart. She couldn’t lose him again. Nicola wrapped her arms around her belly. She wasn’t showing, but in there was their baby—a tiny little bit of him and her—and they were going to be Mommy and Daddy. Cash had no choice but to survive whatever had happened.

The tears paused. He wasn’t leaving her. Nic searched for the right words. Nothing came out. She cleared her throat. “Put the headset on him, and get off this channel.”

She was going to order, beg, plead, pray, push, and do whatever the hell it took to have Cash stay on the phone with her until it was safe. She remembered the night he spent on the phone with her when she was in Istanbul and the day they were on the phone and his truck blew up. This was their thing. Long talks on the phone meant survival. She wouldn’t lose her family—any of them, actually. “Wait. Roman?”

“You’re okay?” If her big brother hadn’t mentioned he was hurt because Cash was hurt worse, then she had words for him too. “Everyone else is okay?”

“Give me a three count, and he’s all yours. You talk to him until we land. Three…”

“Cash.” Nicola could whisper, or she could yell. It didn’t matter—that much she knew. “Just you and me on a headset. Almost like old times.”

She’d expected him to respond, maybe remember that time when they were flirting with the idea of getting back together. She’d been in Istanbul and Cash stateside, and he’d talked her through a worrisome night while a contract killer slept only a hotel room away.

“Roman says you’re hurt. Jared doesn’t pull punches. If you weren’t in a bad place, he wouldn’t do this—have me talk to you. And, yeah, Parker asked me to have a seat. That’s Parker for you: always with the risk analysis. God forbid he tell me something awful and I pass out, hit the floor or something…” Pain sliced her throat as she rambled. “So you’re not doing too well, huh, honey?” Tears streamed down her face. “But here’s the thing. I need you to come home.”

Nicola let the words hang in the air. “So many things to say.” She sniffed. “And I can’t find the words for any of it. All the things… I don’t know why I didn’t tell you at first that I was pregnant, that you were going to be a dad and I was going to be a mom… maybe I wanted to find the perfect moment. Maybe I was meant to save it for this. Maybe you can hear me, and everything happens for a reason—” Her voice cracked. “And this, our, baby, she’s, he’s going to
save you
. Bring you back home to us.” Fat tears streamed down her face. “Please, please,
please
, Cash. Please. You can do this.”

Her breaths shook, and she let unbridled terror reverberate through her limbs. As the shakiness ended, Nicola dropped to the floor, holding the phone to her ear, limp and lost, crying and missing his arms around her. “Don’t die on me.”

There was so much silence except for the distant whisper of background noise.

“Don’t you dare die on me. I love you too much to let you go. Don’t you know that? Didn’t I tell you that after you were hurt the last time?” When he and Roman had been hit by an RPG in that armored SUV, he’d sustained a head injury—a brain trauma. The doctors said he had to take it easy, and he’d tried, staying off the job as much as a man like him could.

“God,” she prayed for the both of them. “Whatever it takes. Whatever is wrong with him this time…” She never should have let him go out on a job again after his somewhat recent history of accidents and unconsciousness. One trauma in such a short time period was not good; a couple was awful. In her spiraling mind, injury upon injury meant compounded bad news.

“Cash! You are not blowing yourself up anymore! You have a baby to come home to! You have
me
.” She sobbed, lost all over again. The tears came and came and wouldn’t stop.

“They’re ten minutes out. Brock said whatever you’re saying is doing something. Okay?”

“Okay.” She bit her lip, terrified to hang on to that twinge of hope.

She pushed the tear-soaked strands of hair off her face. “Yeah.”

“I’m jumping off this line, but you’ve got this. He needs you. Okay?”

“Yeah.” It was the only thing her numb mind could think to say.

Another beep, and Parker was gone. She was left with silence. She wanted Cash to smile through the line and say, “Hey, sweet girl.”

“You said we’d spend the rest of our lives together. It’s not done. We’re not done! We have too much left to do. A baby.
Babies
. We’ve yet to jump out of a helicopter together.” She laughed quietly even through the tears. “I don’t know about you, but that’s a bucket-list item. What else? God. We have so much, too much, left to do.”

She ticked the items on her fingers as though he could see her, imagining that maybe in his muteness, he was making his own list as well.

“You’re going to have to change a diaper. I’m going to have to figure out how to outshoot you at the GUNS. We need to run that obstacle course together over at HQ. You know the part that shoots mud balls and swings live wires? And I’ll try my hardest to beat you. It won’t happen, but it will be so much fun.”

She paused, desperately wanting to hear him laugh.

“When we cross the finish line—no, right before we do—I’ll speed up, and you won’t slow down, and I swear, I will
almost
take you. But I can’t beat you. I know that. You know that. The only time I’ll ever admit it is when you’re unconscious.” Her voice broke. “But you’ll grab me, swing me around, and kiss me.”

Trying to stop the new onslaught of tears, she wiped haphazardly at her cheeks with the back of her hand, faking encouragement in her voice. “No matter that I’m sweat drenched and panting like a crazy woman. You’d kiss me because you love me almost as much as I love you—
Please
.” The tears came fast and furious. “Life's too much fun with you. You're my person. My man. My hubby. And a daddy.”

“You all are landing soon, and I’m coming to find you, but when I do, you better be awake. Okay?”

Like he could say a word, when that’s all I want him to do.

And if she never heard
sweet girl
from his lips again, she might just die alongside him too. “Cash, baby, I love you too much. It’s not time to let go yet.”

In the distance, someone knocked at her door, but she couldn’t move.

The line beeped. “Nicola, it’s Parker again. They’re dropping in on the chopper pad. Grab your go-bag. We’ll get you over there ASAP.”

Sugar and Mia walked in. Leave it to Sugar to bypass Nicola’s security system and break in when she was having a life crisis.

“Are you okay?” Mia mouthed.

“We’ll be in the kitchen,” Mia said, but neither she nor Sugar moved.

“Okay, sounds like the girls are there,” Parker said almost reverently. “Stay on the line another few seconds. He’s at Landstahl, and the doc will call you soon as there’s something to say.”

“I don’t want to get off the phone.” More tears leaked.

Mia put her hands on Nicola’s shoulders. “It will be okay, Nic.”

“They have to get him off that chopper,” Parker said. “Headset can’t stay on forever.”

“I know.” She sniffed, wiping unsuccessfully at her cheeks. “But I can’t.”

Five minutes later, the line died. Nicola crumbled. She was already on the floor, a bawling mess. But this was something else. The phone fell from her fingertips, slipping to the carpet. Mia’s footsteps came from the kitchen, and she dropped next to her, followed by the click-clack of Sugar’s heels.