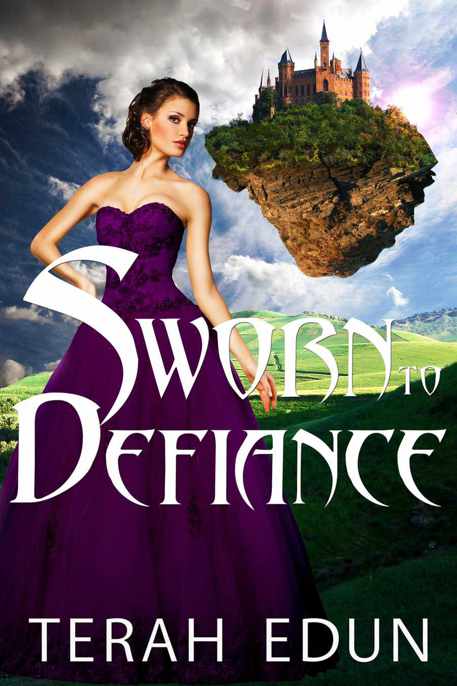 C
iardis Weathervane lowered her glaive slightly as she watched the reaction of Sebastian to Jason SaAlgardis’s claims. Emotions played across the prince heir’s face. Shock. Wariness. Anger. Eventually coldness settled over his features like a mask. She could still read Sebastian like an open book, even when others saw nothing but the careful persona he intended them to see. She knew the prince had trained himself to hide his feelings as well as his intentions while at court. He had to. From the time he was a toddler until just about a year ago, most of the imperial court had thought him worthless at best. That had actually not been so bad. Those individuals overlooked him as an inconvenience.

For other courtiers, he had been more than a hindrance, he had been a threat to their very livelihoods. As a consequence, a few had ganged together to kill him off and let another take his place as the heir to throne. Ciardis knew Sebastian hadn’t considered those men friends. But he hadn’t really known them, either. They were just four courtiers out of the thousands that flocked to his father’s court every year.

It was a scary thought. To think that someone you didn’t know, that you bore no grudge, would still attack and kill you because they felt they had been wronged. So now Sebastian kept his face unreadable. Masked emotions meant Sebastian was less likely to open himself up to a threat or be wounded by courtiers skilled in the art of internecine political warfare.

But Ciardis had come to know the prince heir. She could say without arrogance that she was aware of Sebastian’s thoughts and emotions in a more perceptive way than anyone else. After all, they were bonded. Unless he blocked her, his mind was an open book. But she didn’t need to read his mind to know what he was thinking. She knew how to read his facial expressions and where to search in his features to discern what he was truly feeling. Like now, as she glanced over at him out of the corner of her eyes. It was in the still lines that marked his pale brow, the crease at the corner of his green eyes that hinted at strain and the thin purse of his flushed lips that said unease. Beneath all of that was the almost hidden look of uncertainty. Not the uncertainty of facing an unknown opponent. But the uncertainty that was guilt. She wanted to take a step forward. To grip his hand. To ask what he would have to feel guilty for. But she wasn’t about to let her sentimental nature put them into a compromising position. There was a stranger with them and she would act accordingly. Never again would she give an individual the benefit of the doubt and consider them weak like she had poor, sniveling Thomas. That spectacled and flushing boy had turned out to be one of their greatest threats in disguise, a devious mind-controlling satyr.

She kept her full gaze warily trained on the gray-haired older man in front of them. He didn’t look weak at all and had already demonstrated a strong skill in martial arts.

They had been on the rooftop a good few minutes now. None of the three had yet to relinquish their weapons. They simply stood. Staring each other down with the thick silence of uncertainty weighing over all of them. She wondered if they could trust Jason. She was sure Jason wondered the same. She had to admit, though, if this man were going to kill them, he would have done it by now. The night sky was lightening overhead with the telltale signs of a dawn about to break through. The darkness was giving way to a sky streaked with the wispy light-blue color of a robin’s egg. It wasn’t day yet. But it soon would be. The Duchess of Carne was long gone. Ciardis just hoped Vana and Thanar were well. Hell, at this moment, she’d take alive. They could be bleeding from a dozen different places as long as they were still standing.

She hadn’t heard from or seen them since she and Sebastian had raced into the secret tunnel in pursuit of the Duchess of Carne. The noblewoman had fled after it became clear that it was she who had orchestrated the attacks against Ciardis and her friends. Furthermore, it had been revealed that the duchess had orchestrated those attacks on a whim. Persuading her now-deceased husband that they posed a threat to his wife—supposedly bedridden with ill heath from being forced to go on trial before all of her compatriots. Now Ciardis stood on a cold rooftop with just Sebastian and a strange man. They had come in pursuit of the fleeing duchess and found him instead. Now Ciardis would give anything to have Thanar and Vana by her side.

Vana had the unique gift of being able to see the truth in others—without the aid of a narcotic like the truth serum. It was a natural gift that Ciardis suspected was part of her powers as a mage of the unknown. It fit with her title of Cloudbreaker, as well. That innate ability hadn’t stopped her from using a vial of the truth serum on Ciardis, alongside a woman Ciardis hoped was long dead, Lady Arabella—Truthsayer for the emperor. That particular incident had occurred shortly after Ciardis was mistakenly transported to the northern war campaign. After her disappearance, the emperor had ordered her sought out for questioning in regards to her ties to the dead murderer known as the Shadowwalker—a human mage who had deceived and murdered hundreds of
kith
in the Ameles Forest for his own petty retribution. Ciardis had forgiven Vana for participating in the torturous session under the emperor’s orders. Sort of. It was more that Ciardis now understood
why
Vana had done it—to protect the empire. To protect its people from another mass murderer. But Ciardis had more trouble forgiving and forgetting that Vana had also been set to the task of hunting down her mother, Lillian Weathervane, and executing her in cold blood. The whole time she had thought Vana had taken a personal interest in her by overseeing her initiation ceremony at the companions’ guild, traveling by her side to the Ameles Forest and even working to discover the empire’s secrets in the north, it had been a ruse. The mage and companion had really been spying on Ciardis for information about the more famous Weathervane—her mother. The woman who was alleged to have died years ago and only within the last three weeks had Ciardis come to learn was still alive and had been in hiding in plain sight as Lady Serena.

The only reason Ciardis and Lady Vana were still on good terms was the fact that Ciardis’s mother still lived. Vana had had the chance to follow through with her orders and execute her mother, but she had stayed her hand and escorted Lillian to Sandrin, where she stood trial. Ciardis had hoped that the trial would free her mother from the threat of death. Instead the outcome had forced her into bondage by the emperor’s decree.

All in all, a fate not that different than her son, Caemon Weathervane, had endured after being plucked from his foster family and put to work by the emperor’s mages in payment for his mother’s crimes. At least Lillian wouldn’t be worked to death like a mule. Instead she would live imprisoned in the emperor’s dungeon for the next twenty years. All because the evidence gathered was insufficient to either clear Lillian Weathervane’s name or conclusively prove that she had performed the crime committed—the heinous act of murdering Empress Teresa Athanos Algardis, the first wife of Sebastian’s father.

Ciardis’s mind turned back to her contemplation of Vana. In many ways, the woman had been the linchpin in the Emperor’s decision to imprison her mother instead of executing her. Vana had saved Lillian’s life. Vana had stood before the court and defended Lillian’s actions against the Duke of Carne’s accusations. She had also kept a secret from the emperor’s ears. A secret that threatened to envelope them all in an imperial scandal that Ciardis was still hoping to quietly avoid.

Perhaps the fake emperor will have an attack of conscious and tell us where the real emperor is
, she thought with a touch of sarcasm.
Right, and pigs will fly tomorrow.

This unfortunate scandal seemed to be tied not only to the princess heir but also the murder of the former empress. In Ciardis’s opinion, history should stay in the past. It was causing way too much trouble by being reborn. This was the present and she really didn’t want to have to not only take on the true murderer of the Empress of Algardis but also the seated emperor, as well.

What’s more, Lady Vana stayed
, Ciardis thought cautiously.
She didn’t have to. When the emperor questioned her on the stand, she told her tale and could have left. Instead she kept our secret. The secret of the hidden vessel in a warehouse not five miles from here. And she came to confront the Duchess of Carne when she had no obligation to.

In Ciardis’s mind, that at least put Vana on equal footing with the deception that had originally forced her into Ciardis’s life. Nevertheless, they were going to have a long talk when this was over.

Ciardis almost laughed aloud at that thought. Because she honestly couldn’t decide when
what
was over. When they got off this rooftop? When the Duchess of Carne was dead? When the false emperor was taken into custody? When they had her mother back? There were so many, many choices. And so many obstacles. It was a never-ending battle.

It never occurred to her to question whether or not he would be
nothing
to her. He could have been a mere flicker of candlelight in a room blazing with light. But she highly doubted it. As she had come to know her worse enemies and greatest allies, she learned that they came into her life at the oddest junctures. They always managed to have more of an impact than she thought possible. The people she encountered would always be something—friend, foe, vessel, or dependent. She had yet to categorize this one, though.