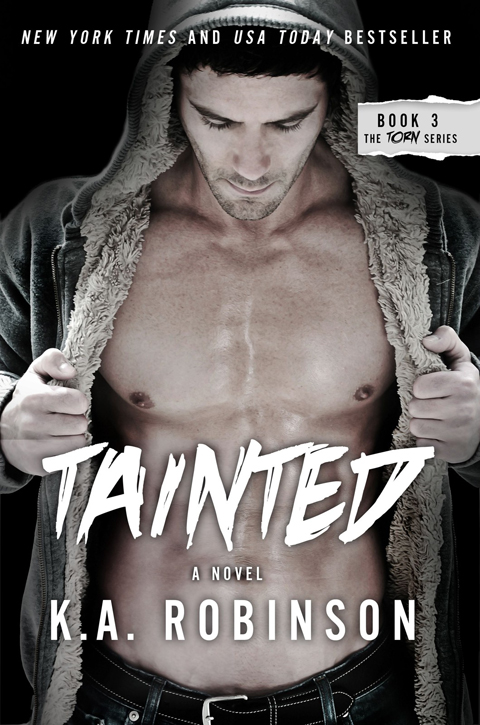 No part of this book may be reproduced in any form or by any electronic or mechanical means, including information storage and retrieval systems without permission in writing from the author. The only exception is by a reviewer, who may quote short excerpts in a review.

This book is dedicated to those of you who followed the series and wanted more. I couldn’t ask for better readers. Thank you so much for your support.

Part One: Facing My Dreams

“Wake up, asshole!” someone shouted at me.

I was too hungover to care. I groaned as I rolled over, but I refused to open my eyes. Whoever it was could go take a flying leap.

“Wake! Up!” the person yelled into my ear.

I felt like lightning was shooting through my head. My eyes opened slowly, and I saw Chloe glaring down at me. “Chloe?”

I instantly went on alert at the anger in her voice. She was obviously still pissed about my little scene at the bar last night.

I slowly sat up and looked at her. “Not so loud. My head is killing me.”

“It’s really going to hurt after I get through with you,” she said as she threw something at me. “Look what fell out of your pocket.”

My eyes widened as I realized what it was. I glanced back and forth between the bag and her, trying to think of something to say. “That’s not mine.”

“Don’t lie to me, Drake. I’m not stupid! It fell out of your pocket!” she screeched.

Eric stood up from his bed and put his hand on her shoulder to keep her from attacking me. “Hey, calm down.”

I watched as she turned to glare at him.

“Stay out of this. Actually, I want you guys to give us a minute alone.”

“We’ll be outside. Just yell if you need us,” Jade said.

Chloe waited until Eric, Jade, and Adam left to turn back to me. Neither of us spoke as we stared at each other. Her eyes welled up with tears, and I felt my chest tighten as I watched them slide down her cheeks. I knew I was causing her pain, but I didn’t know how to stop it.

“How could you?” she whispered.

She held up her hand. “No, just stop. Tell me the truth.”

I stood and reached out for her, but she pushed me away. That hurt more than I wanted to admit. I never wanted Chloe to push me away. “Chloe, I’m sorry. I didn’t mean for it to happen.”

“That’s a lie. If you didn’t want it to happen, you wouldn’t have started using to begin with. You’ve gone years without using. I thought you were done with this shit.”

“I was. I mean, I am. Everything got to me, and I wanted a release. I never meant to keep using, but things just kept getting worse,” I said, trying to explain my reasoning. I knew using made me weak, but I couldn’t help it.

“Drugs are not a release. They’re a prison. How long?”

I looked away. I was ashamed and terrified to admit just how long I’d been using cocaine again. I knew she would be disappointed, and I didn’t want her to hate me any more than she already did.

“How long have you been using again?” she repeated the question.

When I looked up at her, I saw that she was actually shaking. Whether it was from pain or anger, I wasn’t sure. “Since the night Kadi showed up with the pictures.”

“It’s not a big deal, all right?” I said defensively. If she understood that I had it under control, maybe she wouldn’t be so mad.

“Not a big deal? Are you kidding me? You know what I went through with my mother, and I’m not about to go through it again with you!”

Rage filled me at the comparison to her mother. “I’m nothing like her. I would never hurt you like that!”

“You already did, Drake. You’ve been lying to me this entire time. And don’t even get me started on your anger issues. I won’t do it again. I want you to get help.”

“What do you mean, help? I don’t see what the big deal is, Chloe. I’ve got it under control.”

“No, you don’t, or you wouldn’t still be using. I want you to go to rehab again. Please…for us.”

“I’m not going to rehab, Chloe! You’re overreacting to all of this!” I shouted, finally losing my temper. There was no way I was going back to rehab. Besides, I had it under control.