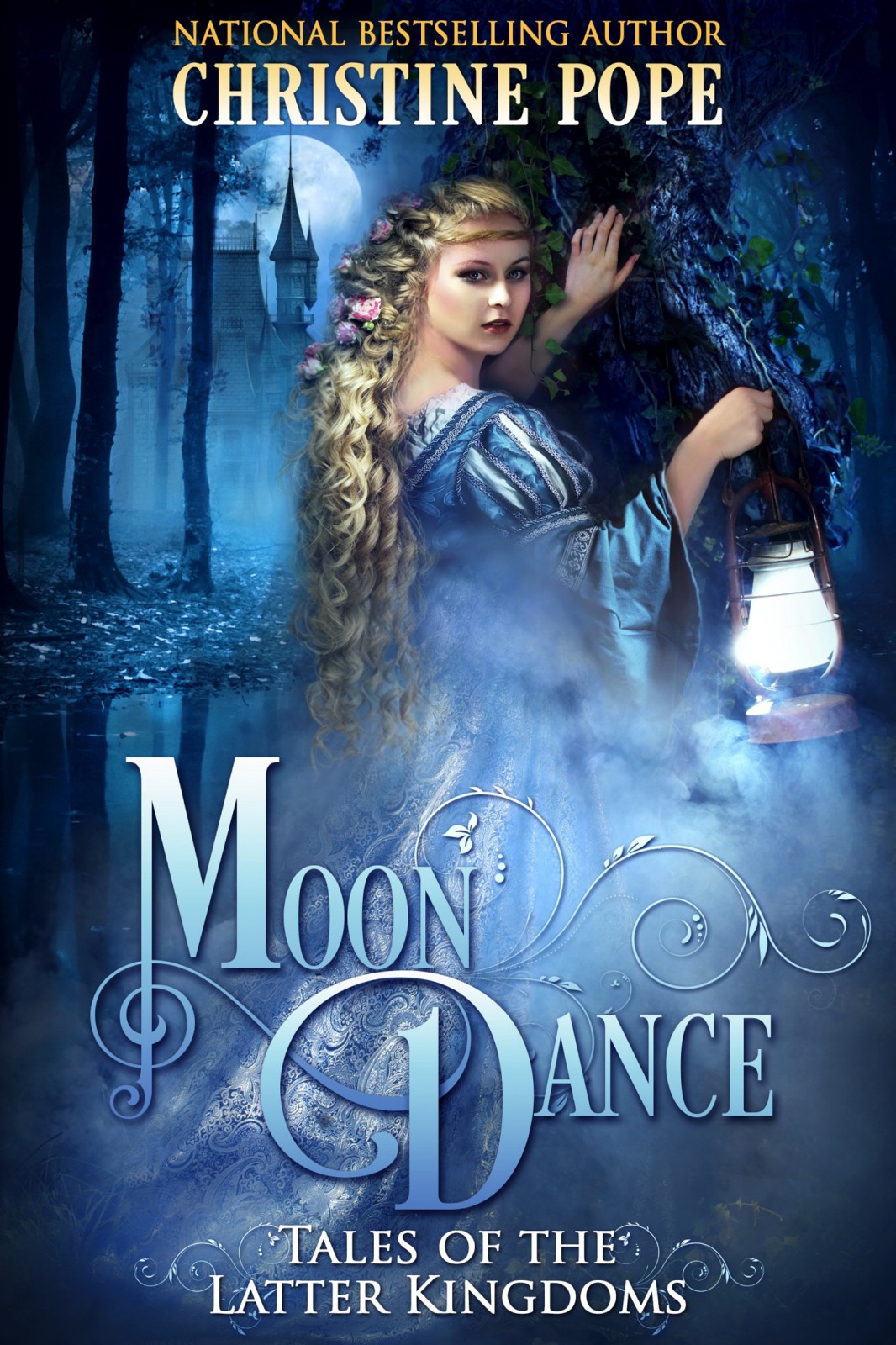 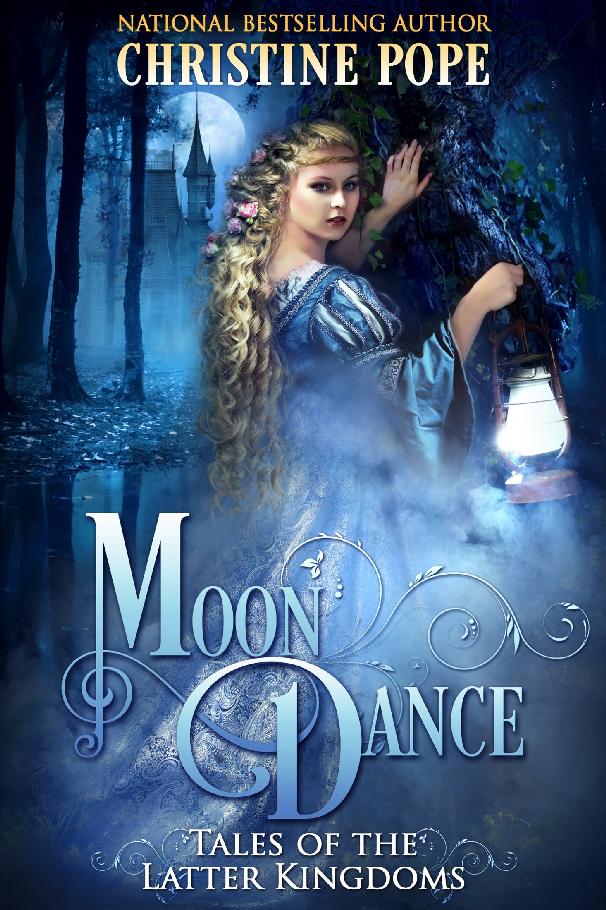 A Tales of the Latter Kingdoms Novel

If You Enjoyed This Book…

“Goodness, Iselda,” my Aunt Lyselle called out to me just as I passed the small salon where she sat with her embroidery, “I would think you have had enough sunshine for one day!”

The sunshine was not the real reason why I had decided to flee the castle once again, but I did not wish to enter into that particular conversation with my aunt. Also, I wondered whether anyone could truly get “enough” sunshine, but all I said was, “Don’t worry, Auntie — I am bringing my hat.” And a basket with a book to keep me amused and a small flask of cool water to prevent me from becoming too warm, although I did not bother to tell her that.

My reply seemed to reassure her that I would not return at the end of the afternoon looking browned and quite unladylike, for she lifted her shoulders and returned to her attention to the piece of fine linen, half-covered in delicate blue forget-me-nots, which covered her lap. “Dinner is at seven,” she said as she raised her needle once again.

I offered a smile, although I did not bother to reply. Dinner had always been at seven ever since I came to live here some six years earlier, but I supposed she found it reassuring to remind me of the household’s routine, especially because I had a tendency to lose myself in a book and quite forget what time it actually was.

Of my cousins there was no sign. I assumed they must all be up in my eldest cousin Adalynn’s suite, for my aunt’s maid, who had been overseeing the construction of the wedding wardrobe, had just this morning brought up the last of the dresses she’d created, including the all-important wedding gown. Adalynn was to be married to the only son of the Earl of Delmayne, a very great triumph for the daughter of a simple baron. That wedding would take place in less than a week, which meant the household had been thrown into quite the uproar during the past few days as the preparations for that all-important event grew more and more frenzied.

It also meant that I had begun to find whatever excuses I could to flee the chaos as often as was possible. My aunt, I feared, knew very well why I had made myself so scarce, but as she was a kind-hearted soul, she did not bother to remonstrate with me, for she knew I was not entirely happy about my current circumstances. Adalynn was only a year older than I, twenty to my nineteen, and yet I had no betrothed, and few prospects for one.

The reasons for my regrettably single state were well known to nigh everyone in the kingdom. Not because of anything I had done, or because of any particular objections to my person, for, as my aunt always hastened to say — “no one could deny that you have grown into a very lovely young woman, Iselda!”

No, the reason for my fairly ineligible status was that my sister had fallen into a terrible trap through no fault of her own. Our father, I fear, was a most intemperate man, and one night while he was in his cups, boasted that she had the ability to spin straw into gold. While Annora was an accomplished needlewoman, even she did not possess that particular talent. Her life would have been forfeit at the old king’s whim, were it not that a man of singular talents had stepped in to save her.

But magic, even of the sort that could create gold from nothing and the finest of precious stones from thin air, had been forbidden for centuries in our kingdom of Purth, and once the lovers were found out, both their lives were once more at risk. Tobyn — the man who loved my sister, and was now my brother-in-law — could do nothing except kill the mad king to save the woman of his heart, and as a result, both of them were forced to flee our homeland, never to return. The scandal, I was told by my cousins, did not die down for many months, and still was resurrected from time to time, even so many years after my sister and Tobyn had gone into exile.

I, being a mere thirteen at the time, had nothing to do with any of those goings-on, although my younger self had thought the whole affair tremendously exciting. Unfortunately, merely to be a member of the Kelsden family was enough to taint my prospects, and so, even though I had been spirited away to live with my unreproachable aunt and her daughters, I still had had no offers of marriage.

Most of the time I found myself reasonably resigned to my situation. Perhaps I could remain and be a companion to my aunt as my cousins were married off one by one. Adalynn was the lucky bride now, but the eldest son of Count Bellender was staying with us for a few weeks, mainly to see if he and my cousin Carella would suit. Lord Mayson had been engaged to be married from the time he was a very small boy, but his betrothed had died of a fever several months earlier, and now his father was eager to get him engaged again.

It was a good plan, save for one unfortunate thing — Lord Mayson showed very little interest in Carella, although he had been quite friendly with me. Too friendly, some might think, and yet there was little I could do about the situation.

Was it any wonder that I tried to escape the confines of my aunt and uncle’s castle as often as I could without seeming too irresponsible?

The day was bright and windy, and I tied the ribbons of my hat securely under my chin as I made my way to my favorite spot on the estate, down near the edge of a stream that wandered lazily along between green banks dotted with forget-me-nots and daisies. A great willow overhung the water there, and I could be guaranteed of shade so as not to darken my pale skin.

However, I had not sat there for so very long before I heard the rustle of footsteps in the green grass. A moment later, Lord Mayson appeared, his own dark head bare to the sun and the wind. He smiled when he spotted me sitting under the willow, and approached.

To be truthful, I had no actual claim to that title. It was my three cousins, or Lady Janessa, another of my aunt’s wards, who should be addressed thus. But I supposed that the young lord thought it rude to simply call me Iselda, or to refer to me as “mistress,” which would indicate that I was of lower birth than he.

“Good afternoon, Lord Mayson,” I replied as I set down my book. “How do you fare this day?”

“Well enough,” he said, then sat down on a fallen log not too far from the one I currently occupied. “But I will confess that I was beginning to feel somewhat…confined.”

Meaning, I supposed, that my uncle the baron had been giving him more not-so-subtle hints. I loved my Uncle Danly far more than I loved my own father, for he possessed a kind heart equal to my aunt’s, but subtle he was not.

“I am sorry,” I said, holding out my flask of water. “Something to wet your throat?”

Lord Mayson took the water from me and allowed himself one carefully measured swallow. That was like him; he would not wish to leave me without enough to quench my own thirst on the walk back to the house.

“I do not think my uncle will be pleased to learn that you have sought me out, however,” I went on.

“No, I suppose not,” Mayson agreed. He returned the flask to me, and I set it down on the hollow log where I sat.

An uncomfortable little silence fell, only partially obscured by the chatter of the stream a few yards away. This was not like us, for we had found one another easy to talk to almost from the time his lordship had come to stay at my uncle and aunt’s castle. We had read many of the same books, enjoyed walking outdoors, and had little use for court intrigue.

Not that I’d had much of an opportunity to experience court life myself, exiled here in the hinterlands as I was, but from what I’d heard, it did seem to be a place of gossip and backstabbing, even under the rule of our good King Harlin.

The Wish List by Eoin Colfer
Three to Get Deadly by Janet Evanovich
The Pretty One by Cheryl Klam
Elementary by Mercedes Lackey
Come Home by Lisa Scottoline
Stone of Destiny (The Danaan Trilogy) by Laura Howard
Melting Ice by Jami Davenport
Telling Lies to Alice by Laura Wilson
Devon's Pair: Powertools, Book 4 by Jayne Rylon
Every Time I Think of You by Jim Provenzano