Read Temple of the Traveler: Book 02 - Dreams of the Fallen Online

Temple of the Traveler: Book 02 - Dreams of the Fallen 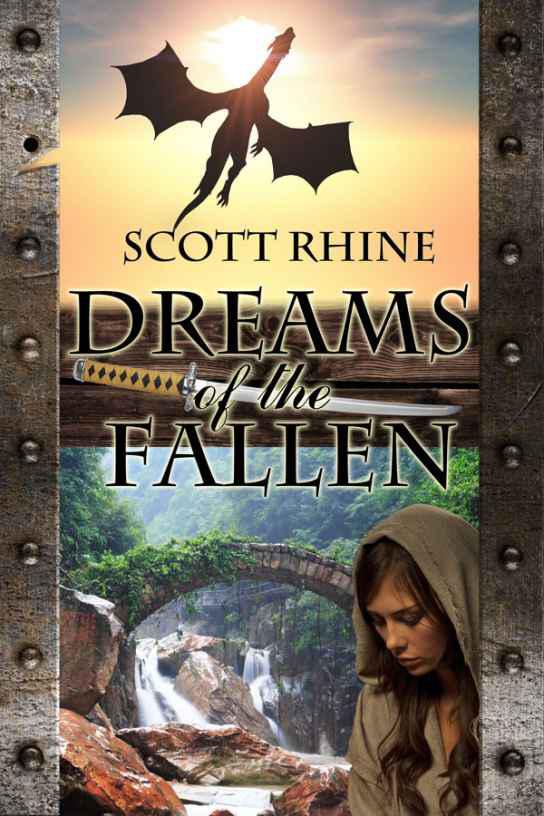 Dreams of the Fallen

Book Two of the Temple of the Traveler

Map of the Northern Empire

Valley of the Final Temple

Chapter 1 – The Question that Must Be Answered

Chapter 5 – While the World Sleeps

Chapter 8 – The Walls of Sleep

Chapter 13 – Antechamber to the Halls of Eternity

Chapter 18 – Stopping to Weed the Garden

Chapter 20 – Red Sails in the Sunset

Chapter 23 – The Mice Will Play

Chapter 27 – Four Days in One Place

Chapter 31 – Funeral for a Friend

Chapter 42 – The Fall of Zanzibos

Chapter 45 – Into the Valley of Death

Book One of this series is entitled
Doors to Eternity
.

Thanks to Tammy, my faithful first reader.

To my line-editor Katy Sozaeva, who thought it was worthwhile, despite its length.

To Weston Kincade and DJ Feldmeyer for more edits and proofreading.

And to Bill Vance, one of our fallen.

Bablios
– a small, fertile kingdom in the southeast known for its wine and the Great Library.

Intaglios
– country to the northwest, known for its swamp-gas lights and intrigue.

Kiateros
– the fallen, mountainous kingdom of the far north, known for its mines and forges.

Mandibos
– country to the east known for its cattle and grain.

Semenos
– country to the northeast, known for its trees.

Zanzibos
– the large country to the southwest, bordered by desert to the west and plague lands to the south.

Followers of the Traveler

Calligrose the Traveler
– the writer of the six holy books, the messenger of the gods, silent for the last 49 years.

Jotham the Tenor
– historian from the Great Library of Eskelon, half Imperial.

Nigel the Actor
– a wandering rogue who recites plays and trades news for his room and board.

Owl
– a wandering gravedigger who knows how to care for the dead.

Tashi the Sheriff
– the head of the military arm of the Temple of the Traveler. Missing large chunks of his memory. Student of Jotham.

Tatters
– a tramp apprenticed to the gravedigger Owl.

Bunji
– a southern mercenary who betrays the Kragen family to save his own life and get rich.

Humi
– the half-Imperial concubine of the wizard Kragen, a diver known as the Lady of the Deep.

Navara the Ferret
– chief inquisitor and whip of Kragen.

Kragen
– Imperial Lord, underworld kingpin, and head wizard at the Temple of the Unseen. Murdered by the Brotherhood of Executioners.

Tumberlin
– an Imperial wizard apprenticed to Lord Kragen, able to travel out-of-body as a shadow.

Anna the Brewer
– Baran the smith’s fiancée, an indentured servant.

Ashok Togg
– an armorer and merchant, Baran the smith’s father.

Baran Togg
– a smith who carries the magical sword, the Defender of the Realm.

Borchart
– King of Bablios in name, but fonder of wine than ruling.

Onira
– captain of an ill-fated company of the King of Zanzibos’ Scouts, sent to deliver an insulting message to Kragen. Now governor of Barnham.

Pinetto
– an astronomy student turned wizard, friend of the smith.

Sajika
– a female spy who blames the smith for ruining her cover, member of the Bablios secret police, and newest ambassador to the court of Kiateros. Likes Pinetto.

Teldana
– a count guarding the lands on the road to the capital of Zanzibos.

Zandar
– King of Zanzibos, whose family owns the silver mines.

Beryl the Wise
– the priest of Semenos, on Sandarac’s council.

Ginza the Keeper
– the sergeant of arms in Sandarac’s council, aided Tashi in reaching the City of the Gods.

Harkan
– an old priest who starts the heresy that the god Semenos is female.

High Gardener
– the head of the church of Semenos.

Hisbet the Viper
– the head of the Intaglios Intelligence Service, on Sandarac’s council.

Kasha
– a skilled knifeman in the Kiateran vanguard.

Legato
– the son of Lugwort, a rogue and carouser, heir to the Obsidian Throne of Kiateros.

Lilith
– a handmaiden of Zariah, wanted for the crime of poisoning.

Lugwort the Jeweler
– the next official king of Kiateros, in exile.

Penceworth
– a silk merchant from Reneau.

Renald
– boy King of Semenos, puppet of the High Gardener.

Sandarac the Pretender
– self-proclaimed emperor of the north, an Imperial unable to walk.

Serog the Dragoness
– guardian of the Temple of Sleep.

Simon the Architect
– a famous builder near Reneau.

Urgot
– the Intagliosian High Priest of the Sacred Flame.

Vinspar
– an Imperial scholar from the Inner Islands, on Sandarac’s council.

Yondir
– an Imperial Lord sent to a remote post for indiscretions.

Zariah the Seeress
– the high priestess of the Temple of Sleep, a daughter of Serog.

Akashua
– the last warlord of Myron, a marquis who retired in protest.

Archanon
– the archfiend Tashi inadvertently released from his servitude.

Eutheron
– the fallen goddess of the plague lands.

Bagierog
– a Dawn creature with the head of a black panther.

Myron
– the last Emperor of his dynasty, precipitated the Scattering.

Map of the Northern Empire 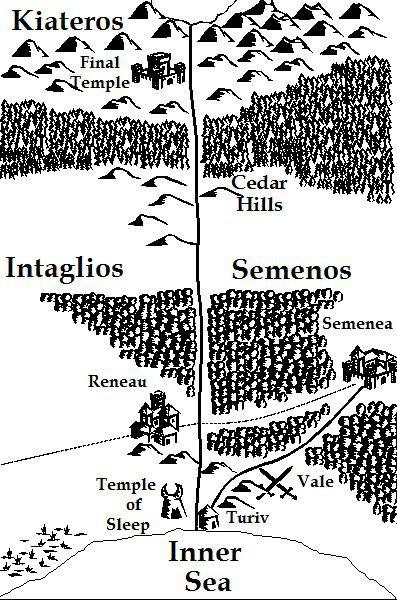 Valley of the Final Temple 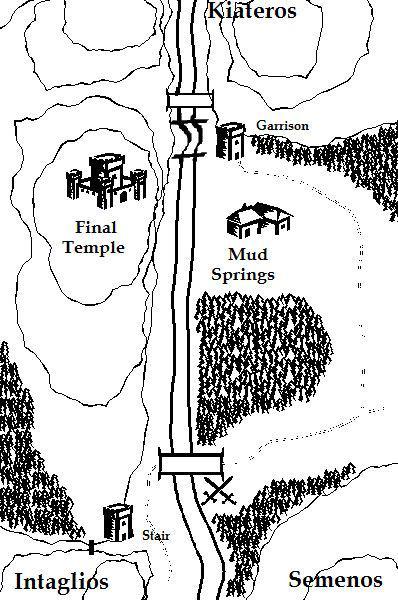 Chapter 1 – The Question that Must Be Answered

After escaping the emperor’s dungeons, Tashi climbed to the City of the Gods, on the peak of the Holy Mountain. The ruins spread across a mile of overgrown plateau littered with bricks of mysterious, black glass. During the day, anyone could leave offerings to the twenty-one immortals from the Dawn race. After sunset, no mortals could survive inside its walls due to a lethal sound known as Nightfall. Using a magic coin to guide him to the e of a precipice where the mountain had been sliced away, Tashi found a staircase that was suspended in midair. Because he reached this place, the gods were required to grant him a request. The sky thundered with their anger, but the tuning-fork artifact he carried protected him against Nightfall.

Rise Of Empire by Sullivan, Michael J
A Borrowed Scot by Karen Ranney
Pie and Pastry Bible by Rose Levy Beranbaum
Sweet Obsession (Men of Whiskey Row Book 1) by D. A. Young
You Belong To Me by Patricia Sargeant
Zombie Outbreak by Del Toro, John
Bound by Shadow by Anna Windsor
The Drifter's Bride by Tatiana March
The Tenth Legion (Book 6, Progeny of Evolution) by Mike Arsuaga
The Man Who Shot Lewis Vance by Stuart M. Kaminsky