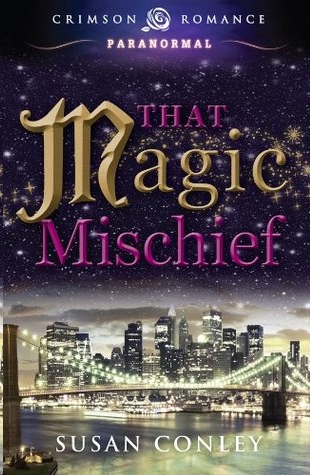 For all the old pals

Thanks to Jennifer Lawler and everyone at Crimson Romance!

To Johannes, and Vanina Feldsztein for all the beautiful photos.

To Ciara O Dowd and JJ Harrington for being fantastic workshop co-facilitators: doing the work in the beginning of 2012 helped keep the spirit of this story on the front burner. Also, thanks to Ciara for her very patient responses to completely insane queries about using tracking changes in Word.

And sincerest possible thanks to every single person who asked, “How’s your next book?” because it expressed to me a belief that there would be a next book — and so it is.

This decision was far from arbitrary, but the human attached to this Pooka wouldn’t understand.
Humans,
sniffed the Pooka, as she lazily changed into a he and then back into a she. That race understood precious little, not only about the world they lived in, but the other worlds as well.

Underworld, Innerworld — they hadn’t a clue.

But … in fairness. This Pooka’s creature (as she was fondly beginning to think of the woman) well, she was a bit of a different story. A seeker, she was, investigating the limited ways and means that humans had at their disposal to peek beyond the veil, to peer though the dimensions, to tune into the vibrations of other beings and other levels of being.

What’s ’er name again?
The Pooka consulted her astral calculations … ah, yes, Annabelle Walsh. Thirty years of age, college educated, photographer, Irish-American. Unmarried. Unattached. Unhappy.
Ah well
, thought the Pooka.
A wee bit of that tough love and the girl would get herself sorted.
She was almost there, what with her sacred space and aromatherapy and all — although all that feng shui rubbish was right out.

Ah, well, that was her job then; set the girl straight and no mistake about it.

She was — unusually — a Pooka committed to helping.

In her own mischievous, playful, disruptive way.

Whether she, herself, liked it or not.

If this human wanted, as she seemed to be attempting, to connect with spirit, to walk the path of fairie, to consult the oracle —

But those silly candles with the nonsensical Chinese characters have got to
go
.

What was the point of being a witch if Annabelle couldn’t manage a spell to fix her broken heart? There, she’d said it;
I’m a witch, I’m a witch, I’m a witch!
She felt slightly guilty, and a tiny bit fraudulent — she wasn’t in a coven or anything, and she couldn’t be sure that any of the spells she’d tried had actually worked. What Annabelle had done was read a bunch of books, created a sacred space in her apartment, listened to her inner voices, and … well, observed the Celtic calendar and all that. Two years in a row, she got on the Uptown Number 1 to go to the summer solstice celebration, at St. John’s Cathedral, at 3:00
A.M.

At least it made her
serious
.

Rolling over in her bed, light slanting through the ground floor windows of her one-bedroom in Carroll Gardens, Brooklyn, she stared at the pattern that the past-midday sun made on the ceiling. She fixated on the place where the ceiling met the wall in the southwest corner of her medium-sized boudoir, and wished she had done a better job painting the walls the soothing Wedgewood blue — things got sloppy around the edges, and she knew she’d never be bothered touching up the ceiling with white, even though the bits of blue tortured her. Not as much as they had tortured Wil —
whoops
. Almost lost it there. Oh, nooooo; even the mean, stupid, lousy, crappy things
he said
had the power to set her off crying.

Rolling over, other side; bad choice. Three million sodden, crushed tissues littered the floor, or rather, coated it. It was sickening, this was sickening, it wasn’t the end of the
world
, it was just, you know, a breakup, an ending, the making of room for a new beginning, an opportunity for psychic fine-tuning —
Oh God,
she thought,
Remember when Wil — when he teased me about my affirmations, it was really so cute, and obviously he was listening to me … When he made up all those hopelessly corny little sayings, and even went so far as to write them down on index cards and tape them up all over the apartment?
Helplessly, Annabelle started to cry again. Prepared as always, she ripped into tissue box number four, and was about to settle down for another good bawl when the phone rang.

Her stomach flipped — then rushed to her throat — then hit the floor. For a second, a split-second, the gaping, aching hole in her chest filled with a bubble of hope. Amazing, the thought that can fill a split-millisecond:
It’s him! It’s Wilson! He’s changed his mind and he wants me back, oh God, okay it’s him and he does still love me.

Her body sang with it, the relief, the exhilaration, but in another split-millisecond, in the time it took or her to check her caller ID, she knew it wasn’t
him
. It was Lorna.

She tried for blasé, or at least cheery.

“Hi!” There. That was peppy, the peppiest she’d been in days.

“I’m fine.” Annabelle snorted into a tissue. “Coming down with — ”

“Anna. Please. I’m not completely insensitive. Did you sleep?”

“Oh.” Annabelle’s voice clogged as her broken heart got caught in her throat. “Yeah. Maybe. Later. I’m still in bed.”

“I will be taking a cab, of course. I don’t love you that much.”

“The place is a disaster, I haven’t cleaned in days — ”

“This may never happen again, Anna, so enjoy it. I’m coming over.”

Annabelle hung up as the tears surged again: those were the exact words that Wil — that
he
had used the day he unexpectedly called her, a call so unexpected, she’d known immediately something was up …

Annabelle almost dropped the receiver: it was four-twelve
P.M.
, and Wilson was calling. If Annabelle had learned anything in the three years and nine months she’d known and loved him, she knew that he never called on odd minutes. Not in terms of ones, threes, fives, etc., but odd in terms of being off the hour or the half hour. Nor did he call, ever, during business hours.

A little quirk of his, an adorable little control-freak quirk, totally in line with one of the first compliments he had ever given her: “You’re so orrrrrrrganized,” he’d rumbled when he first saw her apartment (third date), stroking his hand down from the top of her ash blonde head, hesitating at the small of her back, and turning her toward him for a kiss.

No.
No way.
Battle stations. Danger. Danger. Annabelle took a breath. “Whoops. Sounds serious. Have I been leaving the seat up again?”
Humor. Good. Good girl.

Ah, there’s a feeling she hadn’t felt since second grade, when she routinely used to faint during math. Every Tuesday, this kind of feeling would overcome her, a light-light-lighter-than-the-air-that-was-slowly-leaving-her-body feeling of disconnection. The room would zoom away from her, then
rush
back to proper perspective, her skin would tingle all over, with sounds distant and echoing in her ringing ears and especially, especially, the slow blur of vision, the glowing ring of light that entirely filled her line of sight and then went black.

This would be a good time to rearrange the bookshelves. The aspirin bottle clattered into the sink. She’d been meaning for weeks to switch from chromatically arranged within theme — women’s fiction, travel guides, travel writing, homeopathy, art, history, art history, herbs, etc. — into a more straightforward and visually varied alphabetical mode. Perhaps — ah — complete and utter alphabetization was called for, i.e.: art, drama, homeopathy, etc. Perhaps she need not throw out the idea of chromatic arrangement, either; she could color-code each section by investing in an assortment of hand-painted rice papers from Kate’s Paperie and —

He’s going to break up with me.

Those photographs — hmmm. Why not set
them
in chronological order, starting from the top right, along the shelves, in front of the chromatically and alphabetically sorted books, as necessary? A wonder she’d never thought of it before. And her souvenirs, the ones she’d bought herself, and the ones that Lorna and Maria Grazia brought back from their travels, organized perhaps, by weight and volume.

“Maria Grazia? It’s Annabelle. I think … I think Wilson’s going to break up with me.”