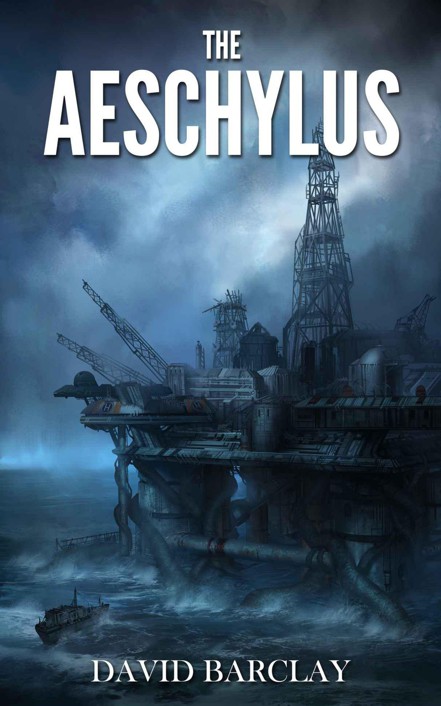 The Aeschylus is a work of fiction, and all characters and events are fictitious. Any similarity to real persons,
entities, and events is unintentional and entirely coincidental.

My first and best critic

The concert hall doors swung open, and a cloaked figure came striding into the cold. Scowling, Max watched the newcomer approach, sensing his moment of peace and quiet was at an end.

“Do you have a cigarette?” the man asked.

After a brief internal debate, Max turned and offered one without a word.

The man glanced at the package. “Reemtsma. I've never had these.”

At this, Max could only grunt. He didn't know who the stranger was or what he expected, but he'd find no Gauloises or Marlboros here, no cheap French or American rubbish. These past few months, even something as banal as one's choice in cigarettes could be considered politic.

Max was an old man, and like most old men, he didn't like being disturbed. He didn't like crowds, or speeches, or the smoky confines of the concert hall. He didn't care for chatter, either. He was about to say something to this effect when applause erupted behind them, and the muffled sounds of the audience came tumbling through the walls. Max opened his mouth and stopped. It was too cold for conversation anyway, too damned cold. He'd been to Stockholm in winter only once, and at the time, he swore he'd never come back. But he found he couldn't say no to the Nobel committee, and Ada had always wanted to see Scandinavia. And so here he was now, stuck beneath the concert hall frieze with a man who didn't know what a German cigarette was.

“I suppose Fermi's speech is over. You know the laureate, don't you? I'd heard you two were friends,” the man said.

Max snorted. He should have stayed inside, but old habits died hard. At seven years old, he couldn't sit still for more than a few minutes at a time, and at nearly seventy, it was much the same. “What do you want?”

The figured stepped into the shadow of a nearby column, and Max felt a sudden chill. There was something calculating in the man's eyes, something prescient, and when he gestured to the parking lot with a gloved hand, Max couldn't help but look. A pair of men strolled across the lot in front of them, chatting animatedly in tones too quiet to hear. They walked past the veranda and disappeared into the evening fog.

“You have about nine minutes.”

“They made you, those two in the long coats. They thought no one had seen them, but if you know what to look for, they're almost impossible to miss.”

Max dropped his smoldering butt to the ground. “What do you mean, 'nine minutes?'”

“They're just about to inform their commander you're here at the awards ceremony and that you've been positively identified. They will probably also tell him that you're lingering in the open, here.”

Max tried to laugh but succeeded only in coughing. If this was a joke, it wasn't funny. “Who are you?”

“My name isn't important, but if you like, you can call me Matthew. And I'm afraid this isn't a joke. Those two men are German secret police, and if you don't listen very carefully, they will kill you.” He paused again. “You now have about eight and a half minutes.”

“Their commander is in the park across the street. It's about a five minute walk to get there, and I figure it will take them less time to get back.”

Matthew shook his head impatiently. “Oh please. You're Max Feldt. Sixty-eight years old. Married to Ada Feldt, maiden name Ada Sokoltzky, for forty-two years. You met on the green lawn at the university in Poznan in 1897. She is a house maid. You are a physicist. You have published thirteen articles, two books, and continue to lecture in spite of your recent retirement. You are a personal friend of tonight's laureate, and
you are most famously quoted as saying that, for the first time in history, the new direction of science will lead to more suffering than salvation. And,” he added slowly, “we have a mutual friend, you and I. A friend headed to Monkeberg harbor in two days time.” He held up his hands as if to say, “are you satisfied?”

“Those men will be back. They're young, all of them, and they have guns. The man they're bringing will not give you a chance to go home. Ever.” Max stumbled, but Matthew caught him. “You need to leave now and get to the river. A boat is waiting to take you across, but it won't linger. Do you hear me?”

“You will walk north through Haymarket until you reach the underground tram. It's under construction and abandoned, for the time being. You will follow the tunnels due east until you reach the first security door, just before the split. You will travel up the stairs. There will be a man at the top who will take you to the boat. Do you understand?”

“His name will be Abraham. When he asks you what your name is, you will answer 'Isaac.' Repeat it.”

The other smiled, his paper-thin mustache bunching to one side. “Come on, Max. Do I look one of the chosen people to you?”

The older man stared at the other, and finally, he understood. “And Ada?”

For the first time, the calm disappeared from Matthew's face. “I'm sorry, Max. The plan only allows for you. We will look after her here, I promise.”

“We had no time. With more preparation, maybe...” He let the sentence hang.

Max took a step back, his mind swirling with a thousand horrible plausibilities. He felt a thump, his old ticker lurching in his chest. For the first time in some years, he felt withered, hoary. “I'm not leaving my wife,” he repeated. He looked over Matthew's shoulder into the fog, and though his eyes had started to fail long ago, he could already see shapes moving in that gray miasma. “You can take your plan and shove it up your ass. There's still time!”

But the old man was already past him, stumbling through the concert hall doors. The crowd was swelling into the atrium as he entered, dozens of stuffy old bodies flocking into conversation cliques. The ceremony was over now, and that was good. Max might be able to find Ada and slip out in the clamor. When he scanned the crowd, however, he found he couldn't make out a single face. Everyone looked the same. For a terrible moment, he thought they
were
the same, the black tuxedos and evening gowns transformed into the black, flowing coats of the
Gestapo
in his mind. Then he took a deep breath, and he saw her.

She was there with her friends, the lot of them clustered around the night's second winner, Pearl Buck. Max knew almost nothing of literature and now, wondered if he ever would. He pushed his way to his wife and kissed her, grabbing her about the waist.

One of the women next to them gave a start. “My, my. You are full of surprises tonight, aren't you Max?”

Ada stood back, her face red. The dress she was wearing had not been a good fit, and she had been self-conscious all night. “Well, I guess I just don't know what to say to that. Where have you been?”

Max straightened, then pulled his wife into the ruffles of his coat. “Do you trust me?”

“Do you trust me?” he asked again.

“Then you need to come with me now.”

For the first time, Max turned to the onlookers. “Excuse us.”

As he began to lead her away, Ada's friend called after. “Don't you two do anything I wouldn't do, now. You're not as young as you used to be!”

Max pushed into the grain of the crowd, dragging Ada into the open stage auditorium. Cutting past the lingering staff, Max led his wife towards the side door. From there, he knew they could get out quickly.

“Max! Where are you going? Do you know they're about to start the banquet?”

“Stop it, damn you!” she yelled, finally pulling free. “I am not going another step until you tell me what this is about.”

Max stopped and appraised her, suddenly unsure of what to do. It was the first time he could remember her using such language in front of him. But then, this was turning into a night of firsts all around. He had time only to think they had led such a quiet life. In spite of his traveling, they had dined, and danced, and been to the market near their little house every week for almost forty years. He had bought her shoes and scarves on Saturdays. He had the sinking feeling that was all about to end, now. When his friend had asked for the favor, Max had not believed anyone would really come looking.

“They know about Dominik, Ada.”

“I don't know how, but they know. They found out about him and they followed us here, where no one can protect us. We have to get out.”

She resisted for one moment more, and then she gave herself to the run. They entered the maintenance hall at a gallop. Pipes lay exposed in the walls, huge electrical boxes lining the concrete. A man in gray worker's fatigues looked bewildered as they passed, yelling at them in Swedish. Seconds later, they reached the loading bay door and plunged outside into the cold.

As he looked down, he realized his knuckles were white, the thin sausages of her fingers squished between them. He let go and looked up, and that's when he saw them: three men in suits by the parking area. Their leader was a fat, bald man with a cruel face, his hair receding along the sides of his ears.

Max turned the corner, galloping into the market square with Ada in tow. Not a single other soul lay in sight. When Max pushed aside the wooden signs barring the entrance to the underground tram, no one stopped him.

His wife stumbled, and he had to catch her. “Take off your shoes. God, why didn't you do that before?” He hated the sound of his own voice, but it had to be said. They had to keep running, and fast. When he looked at her again, barefoot and terrified, he was alarmed to see tears in her eyes. He wiped one away and kissed her cheek. “Now is not the time, love.”

Sixty-eight years of clean living jeopardized for a single decision. Staring into the darkness, holding Ada, he didn't even know if it had been the right one any more.

The room before them was dark, illuminated only by ring lights around the distant train tunnels. The station had only been closed for a few days, but looking through the cold and the darkness, it might have been sealed for centuries. A set of iron fencing had been left open for the construction crews, and Max pulled Ada through, approaching the ledge of the first platform. Tools lay scattered about the edge, and as he helped her down to the tracks, she fell into his arms with a cry.

Behind them, he saw flashlights. Voices spoke hurriedly to each other in German. They had not been seen yet, but they had been heard. Ada had been heard.