The Battle of Midway (Pivotal Moments in American History) 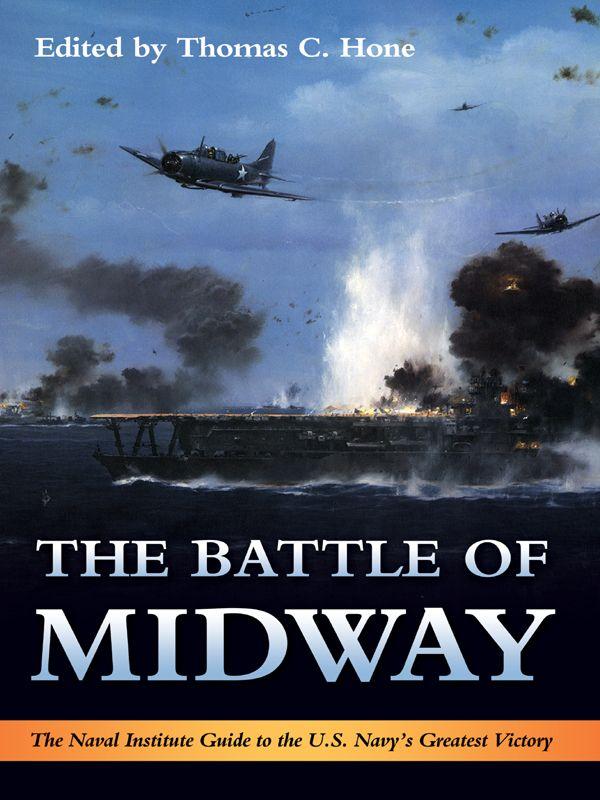 THE BATTLE OF MIDWAY

James T. Patterson
Brown v. Board of Education: A Civil
Rights Milestone and Its Troubled Legacy

James McPherson
Crossroads of Freedom:
The Battle of Antietam

John Ferling
Adams vs. Jefferson:
The Tumultuous Election of 1800

Joel H. Silbey
Storm over Texas: The Annexation
Controversy and the Road to Civil War

Raymond Arsenault
Freedom Riders: 1961 and the Struggle
for Racial Justice

Colin G. Calloway
The Scratch of a Pen: 1763 and the
Transformation of North America

Howard Jones
The Bay of Pigs

Richard Archer
As If an Enemy’s Country: The British
Occupation of Boston and the Origins of
Revolution

Thomas Kessner
The Flight of the Century: Charles
Lindbergh and the Rise of American
Aviation

THE BATTLE OF MIDWAY

All rights reserved. No part of this publication may be reproduced,
stored in a retrieval system, or transmitted, in any form or by any means,
electronic, mechanical, photocopying, recording, or otherwise,
without the prior permission of Oxford University Press.

For my grandson,
Will Symonds

8
The Battle of the Coral Sea

9
The Eve of Battle

APPENDIX B American and Japanese Aircraft

APPENDIX E How Much Did the U.S. Know of Japanese Plans?

APPENDIX F The Flight to Nowhere

I
n a matter of eight minutes on the morning of June 4, 1942, three of the four aircraft carriers in Japan’s principal striking force were mortally wounded by American dive bombers. The fourth would follow later that day. The Japanese Navy never recovered from this blow. These pivotal minutes—the most dramatic in World War II, indeed perhaps in all of American history—reversed the seemingly irresistible momentum toward Japanese victory and started the long comeback of American forces from the disasters at Pearl Harbor and the Philippines six months earlier.

Craig Symonds begins the riveting story of the Battle of Midway with the arrival of Admiral Chester Nimitz at Pearl Harbor on Christmas Day, 1941, to start the planning for the counteroffensive that led to those climactic moments near Midway Atoll, a thousand miles west of Hawaii. American aircraft carriers had been absent from Pearl Harbor when the Japanese struck on December 7, 1941. That fortuitous absence seemed to make little difference at the time, for in the ensuing four months Japanese forces advanced from one triumph to the next until they had conquered Malaya and Singapore, the Dutch East Indies, the Philippines, and Indochina. Japan thereby created its Greater East Asia Co-prosperity Sphere, which stretched from China to the mid-Pacific and almost from the borders of Alaska to Australia. So easy were these conquests that they led to an overweening disdain for their enemies—especially the United States—which Japanese historians subsequently and ruefully labeled “the victory disease.”

One Japanese leader who did not suffer from this disease was Admiral Yamamoto Isoroku, commander in chief of Japan’s combined fleet and the architect of the Pearl Harbor attack. The survival of America’s small fleet of carriers enabled the United States to begin a series of counterthrusts in early 1942, including the Doolittle raid over Tokyo, culminating in the Battle of Coral Sea in May. Yamamoto was determined, in Symonds’ words, “to eliminate the threat of more carrier raids by engineering a climactic naval battle somewhere in the Central Pacific that would destroy those carriers once and for all.” He designed a campaign by Japan’s large striking force of four carriers and numerous battleships, cruisers, destroyers, and submarines, designated the Kidō Butai, to draw out the American carriers (only three were available) defending the outpost on Midway Atoll. Yamamoto planned for his superior force to pounce and sink them.

In the event, however, it was the Americans who did the pouncing and sinking. This victory is often described as “the miracle at Midway,” a success that depended on the lucky timing of the dive-bomber attack that screamed down from the sky at precisely the moment when Japanese fighter planes (the famous Zeroes) were preoccupied with shooting down the hapless American torpedo planes, whose only accomplishment—though it was a crucial one—was to distract the fighters. Symonds makes clear that while luck played a part, the American victory was mainly the result of careful planning, the effective use of radar (which the Japanese did not have), and superior intelligence. The Americans had partially broken the Japanese naval operations code, which gave them timely intelligence of Japanese intentions and actions. Symonds gives much credit to Joseph Rochefort, an unsung hero of the battle, who as head of the Combat Intelligence Unit was principally responsible for decoding and interpreting Japanese communications.

One of the many great strengths of this book is its emphasis on the important “decisions made and actions taken by individuals who found themselves at the nexus of history at a decisive moment.” Symonds’ vivid word portraits of these individuals—Japanese as well as Americans—their personalities, their foibles and virtues, are an outstanding feature of
The Battle of Midway.
Readers will come away not only with a better understanding of the strategies, operational details, and tactics of this pivotal battle but with greater appreciation for the men whose decisions and actions made it happen.