Read The Beauty and the Sorrow Online

The Beauty and the Sorrow 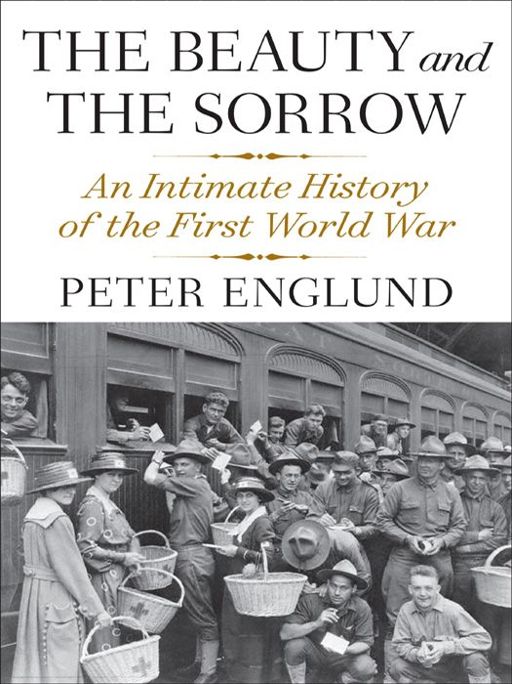 THIS IS A BORZOI BOOK

PUBLISHED BY ALFRED A. KNOPF

All rights reserved. Published in the United States by
Alfred A. Knopf, a division of Random House, Inc., New York,
and in Canada by Random House of Canada Limited, Toronto.
www.aaknopf.com

Knopf, Borzoi Books, and the colophon are registered
trademarks of Random House, Inc.

This book is dedicated to the memory of

whom I met in the fall of 2005 while embedded with
the 3rd Armored Cavalry Regiment in Iraq,
and who was killed there in action
on December 12 the same year

All the suffering and torment wrought at places of execution, in torture chambers, madhouses, operating theatres, under the arches of bridges in late autumn—all these are stubbornly imperishable, all these persist, are inaccessible but cling on, envious of everything that is, stuck in their own terrible reality. People would like to be allowed to forget much of it, their sleep gliding softly over these furrows in the brain, but dreams come and push sleep aside and fill in the picture again. And so they wake up breathless, let the light of a candle dissolve the darkness as they drink the comforting half-light as if it was sugared water. But, alas, the edge on which this security is balancing is a narrow one. Given the slightest little turn and their gaze slips away from the familiar and the friendly, and the contours that had so recently been comforting take the sharp outlines of an abyss of horror
.

The summer was more wonderful than ever and promised to become even more so, and we all looked out on the world without any cares. That last day in Baden I remember walking over the vine-clad hills with a friend and an old vine-grower saying to us: “We haven’t had a summer like this for a long time. If this weather continues this year’s wine is going to be beyond compare. People will always remember the summer of 1914!”

The famous American war correspondent Stanley Washburn was invited in 1915 to contribute to
The Times History of the War
. He refused, even though he had been asked by none other than the mighty Lord Northcliffe: “I told him quite frankly that I did not want to write anything during the war which was published under the name of ‘history,’ saying that, in my opinion, no one who lived in a campaign could possibly be sufficiently well informed, nor have the proper perspective, to write anything of that nature.”

I have had reason to think of Washburn’s words on a number of occasions. I am an academic historian by profession but I have also tried my hand as a war correspondent in the Balkans, in Afghanistan and, most recently, in Iraq. As a historian, I have often longed to be present where and when events happen, but once I had arrived in, say, Kabul, I discovered the same thing as many other people in the same situations: to be right in the middle of events is no guarantee of being able to understand them. You are stuck in a confusing, chaotic and noisy reality and the chances are that the editorial office on the other side of the planet often has a better idea of what is going on than you do—just as a historian, paradoxically enough, often has a better understanding of an event than those who were actually involved in it. You become aware that distance is frequently the ingredient that makes understanding possible. But distance exacts a price: perhaps inevitably, much of the direct experience is lost.

It is not my intention to compete with the many excellent histories of the Great War that have appeared over the years. I hope, rather, to complement them by giving a picture of the multiplicity of war constructed from the authentic wartime experiences of twenty individuals—male and female, civilian and military, old and young—of more than a dozen nationalities and often far from home. For even though those of us alive today perceive the war through the optic of its conclusion and, not least, what came after, and therefore quite rightly regard it as the tragedy it was, it took a while for the majority of those who lived through it to see it that way. Some of them never did.

The reader will follow these twenty individuals, all of them now more or less forgotten, and all of them low in the hierarchies. And while the First World War has become synonymous in public consciousness with the mud and sludge of the Western Front—not without good reason—many of these people play their part in the other theatres of war: on the Eastern Front, in the Alps, the Balkans, East Africa and Mesopotamia. The great majority of them are young, not much more than twenty years of age. Three of the twenty will perish, two will become prisoners of war, two will become celebrated heroes and two will end up as physical wrecks. Many of them welcome the war when it breaks out but learn to detest it; a few of them detest it right from the first day; one of them loves it from beginning to end. One of them will lose his mind, another will never hear a shot fired. And so on. Everything here is based on what they have left behind.

My cast of characters has been chosen with a view to providing an all-round picture of the First World War, both as an event and as an experience. Many different actors could, of course, have played a part, for vast quantities of letters, journals and memoirs are preserved from the war years. The book is structured as it stands quite simply because I wanted to depict the war as an individual experience, to go beyond the usual historical and sociological categories, and also beyond the usual narrative forms in which, at best, people such as these appear as no more than tiny specks of light, flickering by in the grand historical sweep.

Although most of the twenty will be involved in dramatic and
dreadful events, my focus remains primarily on the everyday aspects of the war. For this is, in a sense, a work of anti-history, an attempt to deconstruct this utterly epoch-making event into its smallest, most basic component—the individual, and his or her experiences.

The main characters in order of appearance, their wartime occupations and their ages when the war began
.

Silver Like Dust by Kimi Cunningham Grant
The Demon Pool by Richard B. Dwyer
Grimrose Path by Thurman, Rob
Jacked Up by Erin McCarthy
Vanishing Girls by Katia Lief
Year of the Queen: The Making of Priscilla, Queen of the Desert - The Musical by Jeremy Stanford
Lyttelton's Britain by Iain Pattinson
LickingHerWounds by Fran Lee
City of the Sun by Juliana Maio
The Trials of Hercules by Tammie Painter