The Best of British Crime omnibus 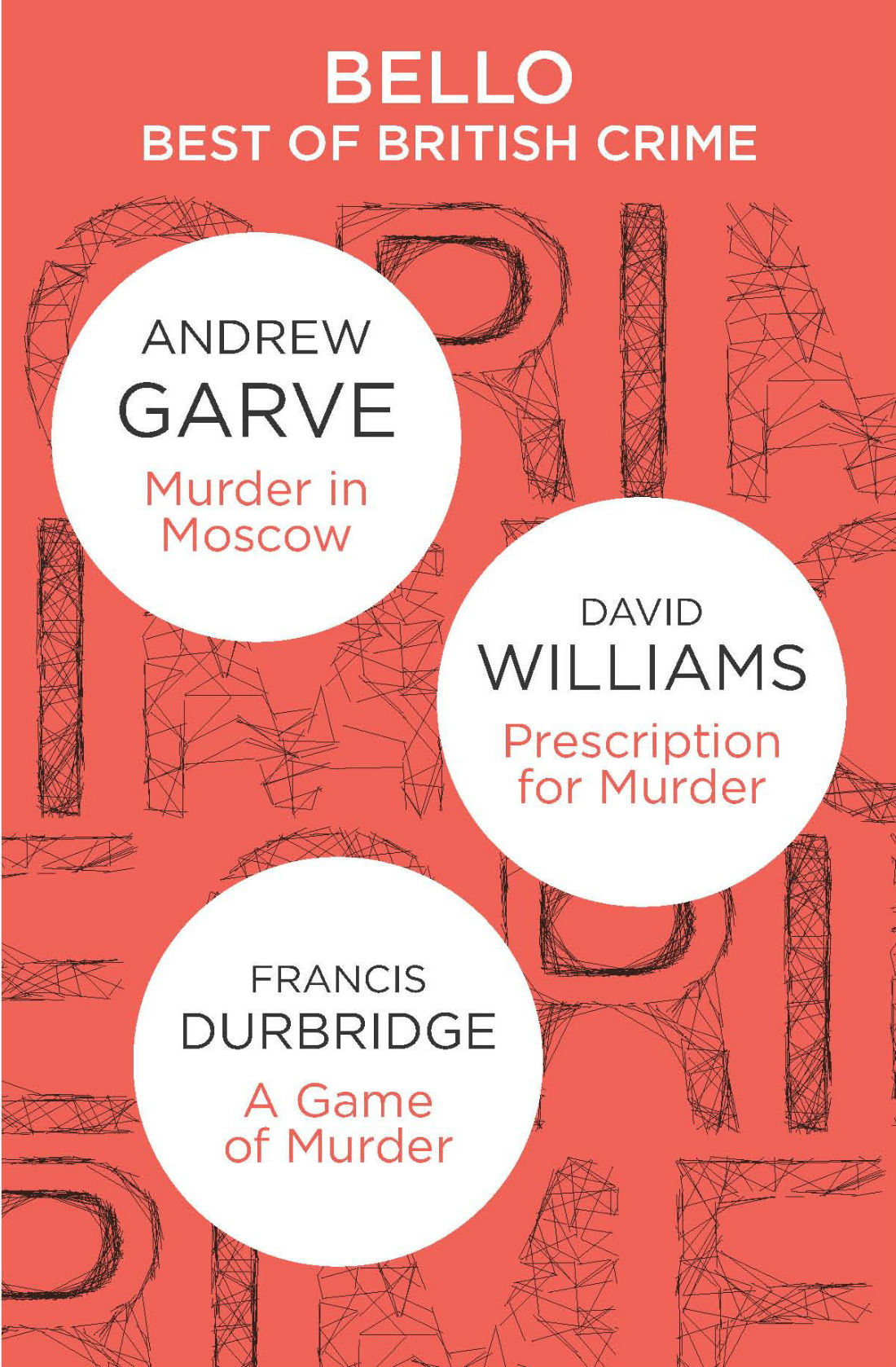 The popularity of crime fiction is enduring, but as the years pass, countless different writers and their mystery novels flit in and out of fashion. For every Arthur Conan Doyle and Agatha Christie, whose detectives have become immortal, there are many hundreds of good writers, commercially successful and critically acclaimed in their day, whose names are now as forgotten as the characters they created. Once an author ceases to produce new novels for the shops and libraries, they soon blip off the radar screen, and their books start becoming hard to find. This is inevitable, but it is also a pity, since readers of succeeding generations miss out on a great deal of pleasurable entertainment.

Thankfully, things are changing â and changing fast. Novels that have long been unobtainable (except, perhaps, to collectors with deep pockets) are now being discussed, read and enjoyed by crime fans who are more than happy to look beyond contemporary fiction. There are three key reasons for this, and they spring from modern technological advance. First, the internet and social networking have connected enthusiasts across the globe, and as they have shared their passions for writers of the past, the clamour for the reappearance of out-of-print titles has begun to be heard. Second, technical progress in printing has enabled books to be produced “on demand”, so that publishers no longer need to be confident of the saleability of a large print run before making an old book available again in hard copy format. And third, digital publishing has made ebooks instantly available at modest cost â a breakthrough that has appealed as much to older readers who may recall enjoying “forgotten books” as to their children or grand-children, who have never heard of some of the one-time household names.

This omnibus volume brings together novels by three accomplished â yet very varied â practitioners. Of the trio, Francis Durbridge (1912â1998) was certainly a household name in his day. He was perhaps unique among crime writers in that although he wrote plenty of novels, some of them in collaboration with others, he earned greater fame from his work on radio, TV and stage. Leading contemporary crime writer Christopher Fowler has called him “first of the popular multimedia writers”. At the tender age of 25, the young Yorkshireman, not long graduated from Birmingham University, created the detective novelist and gentlemanly sleuth, Paul Temple.
Send for Paul Temple
was an instant hit, and Temple's adventures, first on radio and then on television, spanned more than 30 years. The stories were later turned into books, but for Durbridge, the spoken word usually came first. A master of the cliff-hanger, he wrote some of the most popular crime serials ever seen on British television, and
Francis Durbridge Presents .â¦
achieved audience ratings that modern screenplay writers would kill for. It is easy to under-estimate the skill needed to keep viewers hooked as Durbridge did, but it is significant that a writer as gifted as Alan Bleasdale struggled to pull off the trick when he paid homage to Durbridge by writing a new version of the classic mystery
Melissa
more than 30 years after the original was screened. In his later years, Durbridge concentrated increasingly on work for the theatre, which suited his emphasis on dialogue rather than description.
A Game of Murder
, like some of his other novels, began life as a highly successful six-part TV screenplay starring Sixties heartthrob Gerald Harper as Bob Kerry. The story was first screened in 1966; the book came out nine years later, and shows the author's flair for springing one surprise after another. Durbridge's characteristic blend of pace and vivid action was a recipe for success in its day â and it still is.

Paul Winterton, whose most successful crime novels appeared under the pen-name Andrew Garve (he also wrote as Roger Bax and Paul Somers), was born in 1908. His father was briefly a Labour MP, and Winterton was something of a radical. Intrigued by Soviet Russia, he visited the country, and published
A Student in Russia
in 1931. He became a journalist, first with
The Economist
and then for many years with
The News Chronicle
, for whom he spent a spell as a foreign correspondent, reporting the Second World War from Moscow. A visit to Palestine gave him the idea for his first crime novel,
Death Beneath Jerusalem
, published under the Bax pseudonym, in 1938. The first Garve novel appeared in 1950, and a year later,
Murder in Moscow
made effective use of Winterton's inside knowledge of that historic and fascinating city and the Soviet way of life. Two years after that, Winterton became a foundermember, and first joint secretary, of the Crime Writers' Association. His writing displayed exceptional variety, both in terms of plots and setting, although small boat sailing, one of his great interests, recurred in several of the books. Some of them were filmed.
Came The Dawn
, a Bax novel, was filmed in 1953 as
Never Let Me Go
, with Clark Gable and Gene Tierney in the lead roles.
A Touch of Larceny
(1959), boasting an excellent cast led by James Mason and George Sanders, was based on
The Megstone Plot
published three years earlier; it crops up regularly on TV schedules to this day. Winterton's last book appeared in 1978, and by the time of his death, just before his 93
rd
birthday, his books had vanished from the shelves. But as
Murder in Moscow
shows, he wrote well and with real authority.

David Williams (1926â2003) was a Welshman who came to crime writing much later in life than either Durbridge or Winterton. Like Durbridge, but unlike Winterton, he was essentially an establishment figure. His university studies at Oxford were interrupted by the war, and he served as an officer in the Royal Navy for three years before becoming a copywriter and pursuing a highly successful career in advertising. At the age of 51, he suffered a stroke at a time when he was not only chairman of one of the country's leading agencies, but also writing at weekends and hard at work on his third novel. Completing that book took another couple of years, and at that point, he decided to forsake the stresses of life in the fast lane of business for the calmer existence of a purveyor of fictional â and highly civilised â murder. He duly forged a notable second career, producing, in all, 23 novels as well as a string of posthumously collected short stories. His principal series featured Mark Treasure, who, along with Emma Lathen's John Putnam Thatcher, must be one of crime fiction's very few likeable bankers.
Prescription for Murder
, which utilises his knowledge of the world of commerce, is a typically urbane story; the puzzle is neatly plotted, although Williams claimed he rarely knew the identity of his killer until the penultimate chapter. Two of his books were shortlisted for the Crime Writers' Association's Gold Dagger, awarded to the best novel of the year, and all his work is marked by good humour and charm.

The welcome publication of this omnibus revives a trio of the lively mystery novels that have lurked in publisher's archives for years, waiting to be rediscovered. Thanks to the enterprise of Bello, a whole host of lost gems are now being brought back to the surface. And as an ever-widening range of crime novels becomes available, it is safe to say that crime fans really never have had it so good.

Martin Edwards is an award-winning crime writer whose fifth Lake District Mystery is
The Hanging Wood
. He has written eight novels about Liverpool lawyer Harry Devlin, which are now available as ebooks. He won the CWA Short Story Dagger in 2008, has edited 20 anthologies, and published eight non-fiction books.

Andrew Garve is the pen name of Paul Winterton (1908â2001). He was born in Leicester and educated at the Hulme Grammar School, Manchester and Purley County School, Surrey, after which he took a degree in Economics at London University. He was on the staff of
The Economist
for four years, and then worked for fourteen years for the
London News Chronicle
as reporter, leader writer and foreign correspondent. He was assigned to Moscow from 1942 to 1945, where he was also the correspondent of the BBC's Overseas Service.