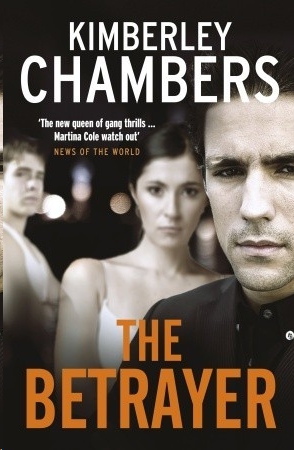 Table of Contents
Cover
Copyright
Dedication
Acknowledgements
The Betrayer
Prologue
Chapter One
Chapter Two
Chapter Three
Chapter Four
Chapter Five
Chapter Six
Chapter Seven
Chapter Eight
Chapter Nine
Chapter Ten
Chapter Eleven
Chapter Twelve
Chapter Thirteen
Chapter Fourteen
Chapter Fifteen
Chapter Sixteen
Chapter Seventeen
Chapter Eighteen
Chapter Nineteen
Chapter Twenty
Chapter Twenty-One
Chapter Twenty-Two
Chapter Twenty-Three
Chapter Twenty-Four
Chapter Twenty-Five
Chapter Twenty-Six
Chapter Twenty-Seven
Chapter Twenty-Eight
Chapter Twenty-Nine
Chapter Thirty
Chapter Thirty-One
Chapter Thirty-Two
Chapter Thirty-Three
Chapter Thirty-Four
Chapter Thirty-Five
Chapter Thirty-Six
Chapter Thirty-Seven
Chapter Thirty-Eight
Chapter Thirty-Nine
Chapter Forty
Chapter Forty-One
Chapter Forty-Two
Chapter Forty-Three
Chapter Forty-Four
Epilogue
This eBook is copyright material and must not be copied, reproduced, transferred, distributed, leased, licensed or publicly performed or used in any way except as specifically permitted in writing by the publishers, as allowed under the terms and conditions under which it was purchased or as strictly permitted by applicable copyright law. Any unauthorised distribution or use of this text may be a direct infringement of the author’s and publisher’s rights and those responsible may be liable in law accordingly.
Version 1.0
Epub ISBN 9781409050070
www.randomhouse.co.uk
This paperback edition published by Preface 2010
10 9 8 7 6 5 4 3 2 1
Copyright © Kimberley Chambers, 2009, 2010
Kimberley Chambers has asserted her right to be identified as the author of this work under the Copyright, Designs and Patents Act 1988
This book is sold subject to the condition that it shall not, by way of trade or otherwise, be lent, resold, hired out, or otherwise circulated without the publisher’s prior consent in any form of binding or cover other than that in which it is published and without a similar condition, including this condition, being imposed on the subsequent purchaser.
First published in Great Britain in 2009 by
Preface Publishing
20 Vauxhall Bridge Road
London SW1V 2SA
An imprint of The Random House Group Limited
www.rbooks.co.uk
www.prefacepublishing.co.uk
Addresses for companies within The Random House Group Limited
can be found at
www.randomhouse.co.uk
The Random House Group Limited Reg. No. 954009
A CIP catalogue record for this book is available from the British Library
ISBN 978 1 84809 138 2
The Random House Group Limited supports The Forest Stewardship Council (FSC), the leading international forest certification organisation. All our titles that are printed on Greenpeace approved FSC certified paper carry the FSC logo. Our paper procurement policy can be found at
www.rbooks.co.uk/environment
Typeset in Times by Palimpsest Book Production Limited,
Grangemouth, Stirlingshire
Printed and bound in Great Britain by
CPI Bookmarque, Croydon CR0 4TD
In memory of
Mathew Hoxby
1973–2008
Goodnight you moonlight ladies,
Rock-a-bye sweet baby James.
Deep greens and blues are the colours I choose.
Won’t you let me go down in my dreams
And rock-a-bye Sweet Baby James.
James Taylor
1970
ACKNOWLEDGEMENTS
First and foremost, I would like to thank Rosie de Courcy. Rosie is an absolute star, not only as an editor, but also as a person and a friend.
I would also like to thank my agent Tim Bates, my typist Sue Cox and everybody at Preface and Random House for the belief and backing that I have been given.
A special mention to Toby Clarke for the wonderful covers, Kevin Redmond for his fantastic support, Garry Perry who has worked tirelessly to promote me, and Julie for ferrying me around to signings.
Last but not least, I would like to thank you, the reader. Without your support I would be working back on the markets or driving a cab . . . !
God bless each and every one of you.