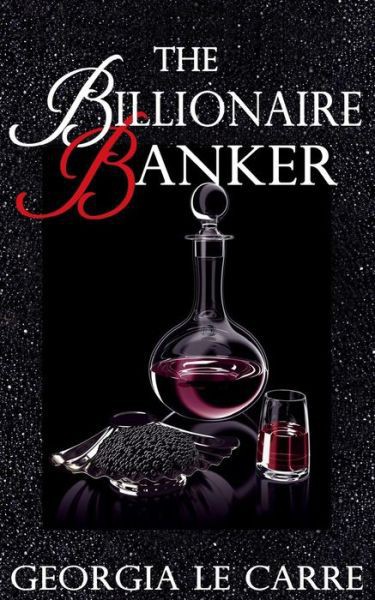 Copyright © 2013 by Georgia Le Carre The right of Georgia Le Carre to be identified as the Author of the Work has been asserted by her in accordance with the copyright, designs and patent act 1988.

Al rights reserved. No part of this publication may be reproduced, stored in a retrieval system, or transmitted, in any form or by any means without the prior written permission of the publisher, nor be otherwise circulated in any form of binding or cover other than that which it is published and without a similar condition being imposed on the subsequent purchaser.

Al characters in this publication are fictitious, any resemblance to real persons, living or dead, is purely coincidental.

You can discover more information about Georgia Le Carre and future releases here.

Dedicated to all who have love and passion in their lives, and to those who are still searching…

You aren’t wealthy until you have something money can’t buy.

lake Law Barrington drops a cube of sugar into the Bcreamy face of his espresso, stirs it with the dinky spoon he finds on the saucer, and glances at his platinum Greubel Forsey Quadruple Tourbillion. Acquired at Christie’s Important Watches auction last autumn for a cool half a million dollars.

He has a party to go to, but tonight he will give it a miss. It has been a long day. He is tired. He has to be in New York tomorrow. And it will be one of those incomprehensibly dreary affairs, where he will invariably feel he has stepped back in time, and any minute Winston Churchill could walk through the door. He takes a sip— the coffee here is always superb—and returns the tiny cup to its white rim.

Summoning a waiter for the check, he senses the activity level in the room take a sudden hike.

Automatically, he lifts his eyes to where all the other eyes, mostly male, have veered to. Of course. A girl. In a cheap, orange dress and a lap dancer’s six-inch high plastic platforms.

You’re looking for love in all the wrong places.

A waiter in a burgundy waistcoat bearing the bill has silently materialized at his side. Not taking his eyes off the girl—despite the impossible shoes she has a good walk, sexy—he orders himself a whiskey. The waiter slinks away after a right-away-sir nod, and Blake leans back into the plush chair to watch the show.

It is one of those exclusive restaurants where there are transparent black voile curtains hung between the tables and discreet fans to tease and agitate the gauzy material.

There are three curtains between him and the girl and he experiences a flash of irritation that he is unable to see her face properly.

Minus the shoes she is perhaps five feet five or six inches. She has the same body type as Lady Gaga, girlishly narrow with fine delicate limbs, and her skin is the color of thick cream. His eyes travel from the waist-length curtain of jet-black hair to the swelling curve of her breasts and hips, down her shapely legs to those awful, bright-orange platforms. Very nice, but…

At twenty-nine, he is already jaded. Though he watches her with the same speculation of all the other men in the room she is a toy that no longer holds any real excitement for him. He does not need to meet her to know her. He has had hundreds like her—hot, greedy pussies and cold, cold hearts. It is always the same. Each one hiding talons of steely ambition that hook into his flesh minutes after they rise like resurrected phoenixes from a night in his bed.

Safe to say he has realized the error of his ways.

Something about her has aroused his attention.

She comes further into the room and even the billowing layers of curtains cannot conceal her great beauty or youth.

Certainly she is far too young for her dining companion who has just barged in with all the grace of a retired rugby player. Blake recognizes him instantly. Rupert Lothian.

An over-privileged, nerve gratingly colossal bore. He is one of the bank’s high profile private customers. The bank never does business with anyone they do not check out first and his report was sickening.

Curious. What could someone so fresh-faced and beautiful be doing with one so noted for ugly games? And they are ugly games that Lothian plays.

He watches three waiters head off towards the new arrivals and the fluid, elegantly choreographed dance they perform to seat and hand them their menus. Now he has her only in profile. She has put the menu on the table and is sitting ramrod-straight with her hands tightly clasped in her lap. She crosses and uncrosses her legs nervously.

Unbidden, an image pops into his head. It is as alive and wicked as only an image can be. Those long, fine legs entangled in silky sheets. He stares helplessly as she pulls away the sheets, turns her mouth into a red O, and deliberately opens her legs to expose her sex to him. He sees it clearly. A juicy, swollen fruit that he wants. Blake sits forward abruptly.

He thought he had passed the season of fantasizing about having sex with strangers. He reaches for his whiskey and shoots it. From the corner of his eyes he sees a waiter discreetly whisper something to Lothian. The man rises with all the pomposity he can muster and leaves with the waiter.

Blake transfers his attention to the girl again. She has collapsed backwards into the chair. Her shoulders sag and her relief is obvious. She stares moodily at the tablecloth and frowns. Then, she seems to visibly force herself away from whatever thoughts troubled her, and lets her glance wander idly around the room until her truly amazing eyes —he has never seen anything like them before—collide with his unwavering stare. And through the gently shifting black gauze his breath is punched out of his body, and he is seized by an unthinking, irresistible call to hunt.

t can have been only seconds, but it seems like ages that ILana is held locked and hypnotized by the stranger’s insolent eyes. When she recalls it later she will remember how startlingly white his shirt had been against his tanned throat, and swear that even the air between them had shimmered. Strange too how all the background sounds of cutlery, voices and laughter had faded into nothing. It was as if she had wandered into a strange and compelling universe where there was no one else but her and that devilishly handsome man.

But here she is prey.

The powerful spell is broken when he raises his glass in an ironic salute. Hurriedly, she tears her gaze away, but her thin façade of poise is completely shattered. Hot blood is rushing up into her neck and cheeks; and her heart is racing like a mad thing.

What the hell just happened?

She feels his gaze like a burning tingle on her skin. To hide she bends her head and lets her hair fall forward. But the desire to dare another look is immense. She has never experienced such an instant and physical attraction before.

With broad shoulders, a deep tan, smoldering eyes, a strong jaw, and straight-out-of-bed, vogue-cool, catwalk hair that flops onto his forehead, he looks like one of those totally hot and brooding Abercrombie and Fitch models, only more savage and fierce.

But she is not here to flirt with drop dead gorgeous strangers, or to find a man for herself. She presses her fingers against her flaming cheeks, and forces herself to calm down. All her concentration must go into getting Rupert to agree to her proposal. He is her last hope. Her only hope.

Nothing could ever be more important than her reason for being there with such a man as him. She looks miserably towards the tall doors where he has gone. This cold, pillared place of opulence is where rich people come to eat. A waiter wearing white gloves comes through the doors bearing a covered tray. She feels out of her depth.

The orange dress is itchy and prickly and she longs to scratch several places on her body. Then there are the butterflies flapping dementedly inside her stomach.

Don’t ruin this, she tells herself. You’ve come this far.

Nervously, to regain her composure, she presses her lips together and firmly pushes the sarcastically curving mouth out of her mind. She must concentrate on the horrible task ahead. But those insolent eyes, they would not go.

She brings to mind her mother’s thin, sad face, and suddenly the stranger’s eyes are magically gone. She straightens her back. Prepares herself.

She will not fail.

Rupert, having met whomever he had gone to meet, is weaving his way back to her and when their eyes touch she flashes him a brilliant smile. She will not fail. He smiles back triumphantly. He comes around to her side and drops her a quick kiss, before slumping heavily into his seat. She has to stop herself from reaching up to wipe her mouth.

‘That’s one deal that came in the nick of time. It’s almost as if the heavens have decided that I deserve a piece of you.’