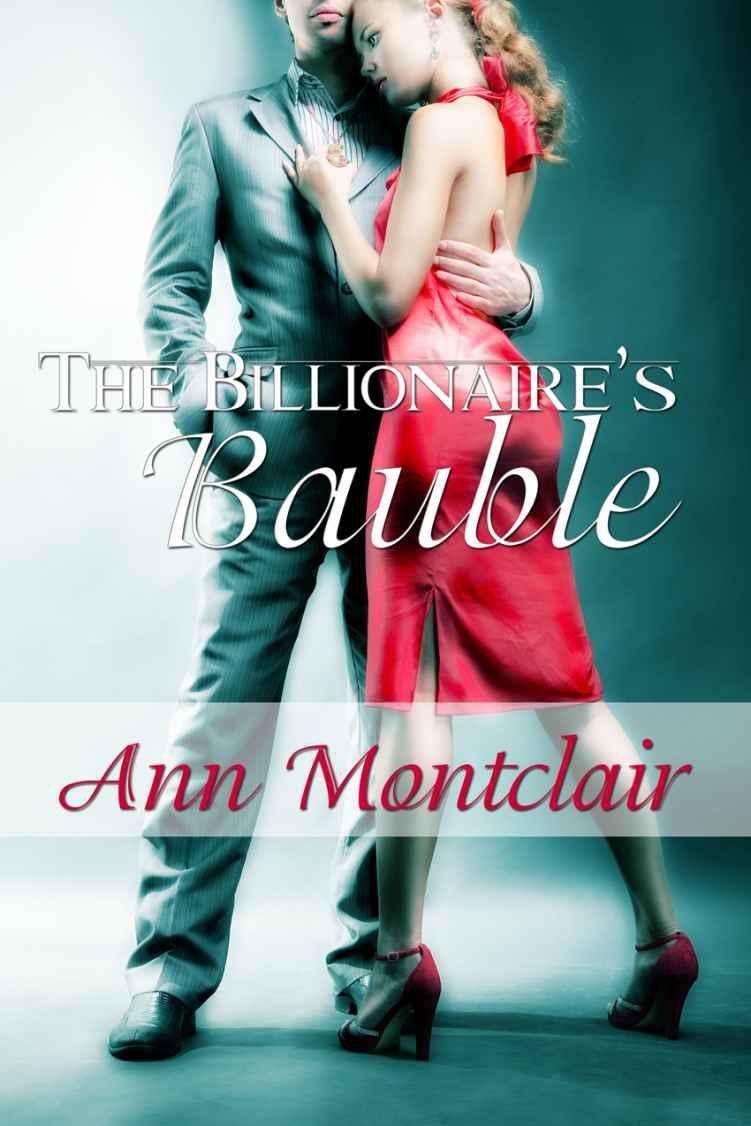 Sloane Porter arrived at Grant Oil knowing if she didn’t land the executive assistant position, she would have to leave Fairbanks and return home to New York. To a life she’d thought she’d left far behind. She hadn’t spent years earning her degree and becoming her own woman just to move backwards. But when Sloane enters the CEO’s office and realizes he’s the same man she’d kissed in a Fairbanks bar two years earlier, a man she couldn’t forget, she discovers running away isn’t always the best option . . .

This book is a work of fiction. The names, characters, places, and incidents are the products of the author’s imagination or are used fictitiously. Any resemblance to actual events, business establishments, locales, or persons, living or dead, is entirely coincidental.

All rights reserved. No part of this publication may be reproduced, stored in a retrieval system, or transmitted in any form or by any means (electronic, mechanical, photocopying, recording, or otherwise) without the priority written permission of both the copyright owner and the publisher. The only exception is brief quotations in printed reviews.

Published in the United States of America by

For my husband, Vince,

and my children, Morgan and Vincent Peter.

I gratefully acknowledge my family, my students, my colleagues and friends, my education, and my faith for aiding me in every aspect of my life. It is to all of the aforementioned that I owe completion of this work of fiction. I also thank my readers—who I hope will never settle for anything less than happily ever after.

“I’ll be all yours in a moment, Ms. Porter,” David said absentmindedly to the final interviewee entering his plush Fairbanks office. The walnut and steel door swooshed closed as the woman approached his desk. He didn’t glance up from his paper pile, but he could smell a hint of Chanel perfume, and he already liked the confident click clack of the candidate’s heels across his tiled office floor.

“Yes, sir. Take all the time you need,” the applicant purred, and remained standing, waiting for David to ask her to be seated.

He enjoyed making his prospective employees squirm—just a bit—as they waited to find out if their futures would be linked with his Fortune 500 company. Everyone wanted a piece of the pie, but only one person would be hired to become the newest administrative assistant to the CEO and owner of the billion dollar enterprise.

David Grant required a team of personal aids to scurry after him and keep things running smoothly so he could wrangle the S & P and rough up those big city corporate honchos. He smiled to himself. The new figures looked strong, and Grant Oil was set to double up.

David slowly lifted his eyes to observe every detail of the young woman.

He started at her shoes, a serviceable pair of two-inch heels. Check. She wasn’t wearing stilettos, a sure sign of self-indulgence if worn to the office. Good.

Her legs were lean but strong; he could see calf muscle but no knee. Check. Modesty was key to creating a productive workplace. He didn’t want to see thighs at Grant Oil. He demanded a focused environment, and that meant no glimpses of distracting flesh.

As his inquisitive eyes moved to the woman’s hips, he noted she was full figured despite her athletic legs. Her blue wool pencil skirt did little to hide her feminine curves. Wool was a smart choice because June could be quite cool in Fairbanks, despite the sun’s bright glare.

Her arms were to her sides and her fingers hung loosely. Light pink paint adorned each small nail. No wedding ring decorated her slim pale fingers, though she had quite a nice ornament on her left pinky finger. A 2-carat diamond sparkled in the late afternoon sunshine coming through the giant paned window above his desk. Terrific. She didn’t have a husband to keep her home. David needed assistants who moved as quickly as he did.

The woman’s matching suit coat jacket was finely tailored, and the small leather covered buttons were undone so David could see the crisp white silk shirt that almost disguised a full bosom.

Her throat was long and he could see a pulse. Good. She was nervous, despite her calm demeanor. A few wisps of auburn hair had escaped from her chignon, but they curled artfully along her neck, just touching her suited shoulder. David appreciated the softness a few misplaced hairs could lend to a businesswoman. A woman should be soft—even in the rugged oil business. He wanted a woman to be a woman.

As he continued his deliberate perusal, he noted her dimpled chin, full pink lips, and pert nose. When he finally arrived at her eyes, he almost lost his composure.

“It’s you,” he managed as his throat clamped tight. If he had been kicked in the gut, he couldn’t have been more affected.

A quick flash of recognition quickly became all business as her brilliant green eyes smiled at him, twinkled even. She extended her hand across his glass-topped desk and said, “It is a pleasure to make your acquaintance, Mr. Grant. Thank you for the opportunity.”

David felt her small hand go instantly hot. He stood then, and she stepped back, pulling her hand from his strong grip. He could see a flash of confusion and then determination well up in her remarkable eyes.

“I understand you are here for a position in my company,” he assuaged. He read her name from the top of her resume again: Sloane Porter. “I apologize for my familiarity, Ms. Porter, but you are the woman I danced with a couple of years ago at Hal’s. Right?”

Her eyes fell to the desktop. “I’m not sure, sir,” Sloane lied.

“Please sit down, Ms. Porter,” he said. His voice sounded annoyingly tight, maybe even gruff, as he motioned her into the sleek steel and leather chair across the desk from his own larger executive leather chair.

He sat heavily, shaking his head in disbelief. She certainly must remember the night in question. David knew he hadn’t been able to forget the way she had wend her way to his table and asked him to dance. It had only been one dance, but the heat between them had ignited into a long, slow, amazing kiss—a kiss that had left him wanting to unhook her bra and remove her panties. It hadn’t gone anywhere. The music ended and she left.

No one left David Grant–well, almost no one—and he had not forgotten her. Not for a minute.

But now she was here, in the glorious flesh, and she looked as beautiful as he remembered. He shifted in his chair as his body recalled the thunderous response she had provoked, in fact was provoking again right now.

David tore his steely eyes from her emerald gaze, and settled his attention upon her brief resume.

Sloane Porter was fresh out of college and eager to make a start in executive management, he read. Her experience was negligible, but her GPA and honors status at the Alaskan university from which she’d just matriculated had recommended her for the job. That and the fact that she had managed to impress his formidable secretary. Bev couldn’t work with just anybody, and David typically agreed with her preferences.

As he lifted his eyes again, David saw the smile shaking at the corners of Sloane’s luscious lips. He almost reached across to touch the tender spot his mouth had plundered two long years ago. But he stopped himself, cleared his throat, and said, “I have reviewed your credentials. Almost a hundred people applied, but only three made it into my office. You are one of those few.”

His compliment eased the tick building in her jaw line, but the smile he flashed her, toothsome and speculative, seemed to startle her. She sat back further in her chair, looking for all the world like a small animal avoiding a trap. He again lowered his piercing glance.

“Tell me. What makes you qualified to be my personal assistant? I am the CEO and owner of Grant Oil, and I require a lot of attention.” He tried to jest, but his words hung in the air unanswered.

Sloane stared at his mouth as he spoke. The moment seemed to last forever, until she whispered, “Yes.”

“Excuse me, Ms. Porter.” David leaned across the desk, not wanting to miss a word. Sloane raised her eyes to his. He saw in them the same look he remembered her casting his way as the dance ended and their lips parted.

She had gazed at him with such raw desire that night, he had wanted to take her then, out in the parking lot in his SUV, like a teenager. He’d never meant to be there, a rather raunchy college watering hole, but the wildcatters were young, and they’d insisted on the loud establishment. Once the deal had been sealed and the boys said adios, David had spotted Sloane across the dance floor. He watched her for hours until she finally approached him in her skintight blue jeans and red silk halter-top.

“Yes, I am the one at Hal’s. I’m the girl you danced with, you kissed.” Sloane exhaled as if she had been holding her breath.

“You kissed me back as I recall,” he rejoined, and his grin became even bigger as he remembered the way her tongue had lapped hungrily at his mouth.

“Um, yes, maybe. I don’t know about any of that, but I do know I need this job. I mean, I really need it.” She blushed a bit, but her eyes finally locked on his, and he almost groaned at the openness there. This young woman needed work. That or she was one hell of an actress.

He drank in her curvaceous beauty before revealing, “I looked for you that night. I followed you into the parking lot, and you almost ran me over. You were gone before I could even get your name or your license plate number.” He chuckled softly at the memory. The snow had been falling on another endless Alaskan winter night, but he remembered being as hot as an overworked oil drill. He’d stood for ten minutes looking at the tire tracks in the slush, wanting to read them like animal tracks, wanting to divine her location, her identity. But now she was here, had materialized like a shiny jewel, and she wanted him, or wanted something from him. He could feel it. David deliberately slowed his excitement. Acquisition was in his blood. He must proceed with caution.

Taming Angelina: The Temptation Saga: Book Four by Hardt, Helen
Kiss Me, Kill Me by Allison Brennan
The Betrayal by Laura Elliot
Deceived by King, Thayer
Today & Tomorrow by Susan Fanetti
The Other Side of Truth (The Marked Ones Trilogy Book 3) by Alicia Kat Vancil
The Forbidden Wish by Jessica Khoury
The Illustrated Gormenghast Trilogy by Mervyn Peake
Black Kerthon's Doom by Greenfield, Jim
Let It Shine by Alyssa Cole