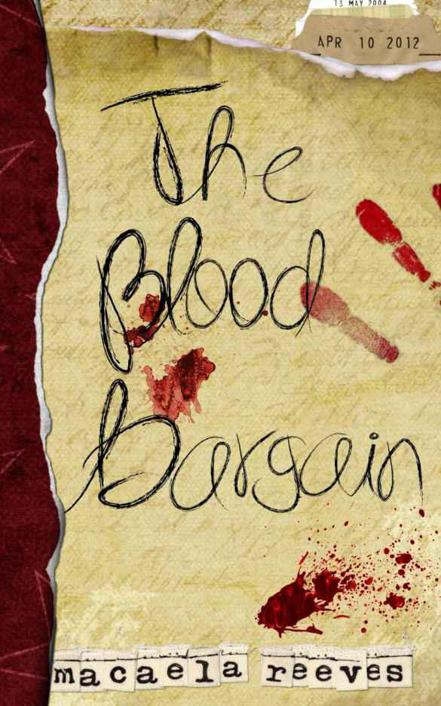 This one is for Key who demanded it, and Mace my little

“Nature in her unpredictability interjected a curveball, not subjecting the species to the climate changes afore rather than a horror to ghastly to put to pen.

It was one none could have anticipated, therefore upon the event we were horribly unprepared.”

"We've got three at the south marker!" A voice called to me from the
walkie
at my hip. Pivoting in the grass I booked it towards the lookouts location, my crossbow a thick weight bouncing against my back as I ran.

The perimeter fence surrounded the colony on all sides five miles out. Took two years to build the thing.

There were a lot of scares in the beginning before its construction was finished; thicker patrols, homes still boarded up, someone on watch in every house at all times.

After the wall was done, markers were placed a mile from the exterior of the fence. This became what we considered to be the warning zone. After all our hard work we didn't want those deadheads snuggling up to our barrier. Enough bodily force smacking against it would
damage over time.

With the marker placement and the general speed of most of them, we figured we could buy ourselves a good half hour to eliminate any threats before they got close enough to knock on our doors. So far none had
even made it halfway.

When the lookout tower was within range I caught sight of Adam waving down to me. Bits of sunlight bounced off his sandy brown hair, an oversized grin on his boyish face. A guard like Adam sat about every four miles around the fence.

Working surveillance was considered a cake job to most that lived here, causing a lot of resentment from those who tended livestock or other dredging jobs. A few years younger than me, I got to know this one as I worked patrols. At first I was curt with him like most others are to

lookouts, but in time I learned to cut the kid a break. He was asthmatic, had stomach issues and seemed to lack the muscle tone for firearms. Not to mention the kid had lost his whole family during the outbreak.

Since then, he
’
d kind of become one of my best friends. As I got closer to the wooden tower I returned the wave then shifted my attention to the wall.

It was constructed mostly of wood; 2x4.s, 2x6, even doubled up 1x4.s. Whatever we could get our hands on, even used steel sheets in some places. Just no chain link, too many of us had learned firsthand the flimsy fences built to keep Fido at bay did nothing against this kind of onslaught.

"Be safe." He called down as I climbed up and over the barrier.

"Always am." Over the fence I went into the wilds. Wilds definitely being the best word in our vocabulary to describe it; out here nature ran
u
ntamed and
every blade of grass could conceal a threat that could end

your life in a moment. It was both beautiful and horrifying.

The latter was currently on my agenda. Within range I got a good look at the source of the reported problem. Three deadheads were
s
hambling within the tall prairie grasses haphazardly.

The first one was in advanced stages of decay, its head flopped to the side of its heavily chewed on neck.

Male, thankfully still with his plaid pajama bottoms. Second was also male and missing his left arm. The third was female guessing by the long strings of hair desperately clinging to the scalp on one side of its mostly exposed skull. She was moving slower than the others, must have had some sort of leg damage from the lean in her posture.

Quickly and quietly, I pulled my bow around from my back and readied my sights. When the first one was in the center it was time to make noise.

Like clockwork they responded when I let out a loud whistle. All three turned 30 degrees to the left, towards my position.

Exactly where I wanted them.

I pulled the trigger before the first one got a moan out. The ghoul crumpled to the ground, an arrow sticking out of its right eye socket.

Now was the time to work fast. The sight of the living drove them into a frenzy like rabid dogs. I set my center on the other male who had picked up the pace.

With another click of my forefinger it was done.

The last one, even in the throes of hunger was slow moving due to whatever was going on with her leg. Moaning, her jaws open as far as it could spread she tried desperately to reach me.

The sound use
d to bother me. That desperate,
pitiful cry of the damned. In my younger days I would freeze when I heard that sound. Foolish I know, but that's how the young react, waiting for someone to save them, to protect them. Not anymore. I was the protector and the sound no longer sent me into a spiral of fear. I saw it for what it was; merely the indication of a compounding problem, the official countdown to a holy crap moment. It carried on the wind, drawing others like a dinner bell. One became three, three became five and death followed

My aim failed me on the woman. I missed my mark, puncturing her throat.

So much for quick and clean.

At least with the neck shot I had done myself a small favor. Its ability to wail at me had been removed. With no brazen announcement of my position I could take my time. With a curse, I pulled my short knife off my belt. It wasn.t worth the fourth arrow at this point. It gurgled,

spitting black blood from the puncture in its throat, shambling towards me at a turtle's pace. I waited, shifting my footing for a strike position.

One thing my Dad taught me early on; keep calm and collected. When you rush into something you don
’
t evaluate the situation. Getting yourself killed from some unknown variable you could have gotten around was an absolute waste.

When the ghoul was an arm
’
s length away I made my move. Crouching low and thrusting up I drove my knife into the soft flesh under its chin, penetrating through the brain. With a twist I pulled my long knife free, careful not to get too much of its sickly blood on me.

I hated getting this close to them; at this range you saw their signs of humanity. A beaded bracelet on her wrist that read best sister ever. A tattered t-shirt which was from a city wide cancer fundraiser the year before the outbreak.

That's the other thing you can
’
t do. Dwell on who they were. My Dad served three tours during the Vietnam War; he had seen a lot of death before the plague. He told me I had to let it go, if I didn.t it would drive me insane. These aren.t people, he said. They were once, but now they were only the enemy. Sympathy for them will get you killed. Make no mistake; your death is their goal.

His words thick in my mind, I didn.t look at the others when I retrieved my ammunition. Picturing watermelons, cantaloupe, hell even
p
ractice cans.

It took an extra strong tug to retrieve my last arrow. With a sickening suction sound it pulled free.

Cleaning the things was disgusting, but going through the pains of making more arrows made washing a little tainted blood off tolerable.

I didn
’
t waste any time heading back. The grass was tall out here, always a risk of a crawler the lookout didn
’
t spot. Even though I sported the thickest, steel toed combat boots I could find, it was a looming danger. A problem that could strike in a fraction of a second and cost

One of our first patrols had lost a man that way, foot hanging by a tendon after a legless freak got a hold of him. They had to put him down
w
ithin a week after the infection took hold.

“Everything alright?” Adam asked me in that big brother tone as I climbed up and over the wall. Pegs had been placed into the wood to allow short folks like me the ability to come and go. A disaster in ancient fort design but useful as all get out now. Plus they were harmless; ghouls didn.t have the dexterity to swing from peg to peg.

“Saw what you did out there, you know how your dad feels about the up close and personal.” I glared up at him. Like he needed to tell me that.

“No. Just don’
t be stupid okay?” I laughed. Stupid was not in my vocabulary.

“I promise I will always be two steps ahead.”

"Thanks
Liv
." He seemed relieved I didn.t rip him a new one. Adam King never did like confrontation. He was more of a keep everyone happy kind of guy. A rare find these days.

"Anytime Adam, call me if you need me." With a stretch I headed back north towards my usual route. Charles Darwin once said it wasn't the strong who survived, but those that adapted. Well, we were still around so I guess that makes us pretty damned flexible.

It
’
s been ten years since the world fell into hell. It wasn't a slow seeping decline; it was an
all-encompassing
holy shit moment. I had been at in class listening to a teacher drone on about the intricacies of great depression era American literature; smiling and nodding the whole way, twirling my ridiculously long reddish brown hair while I took notes with my free hand.

That was my style though, first row seat in the room, highest grade in the class. I was bred to achieve. At the time I was a freshman in high school. A year early too. My parents had been so proud of that.

Parent I should say, my mother had died of cancer two years earlier. In a way, I'm grateful
.
S
he didn't have to live through
e
verything that came next.

Sirens. They weren't uncommon for the Midwest this time of year. We got our fair share of tornado scares. Figured it was the typical duck and cover, place your textbook over your neck and face the wall scenario.
Y
et,
while we were assembling against the windowless wall Mrs. Peterson from Spanish down the hall popped her frantic little head in and demanded to speak with Mrs. Simmons. Not that this was a warning yet. Mrs. Peterson was always frantic. We figured it was part of being a Spanish instructor.