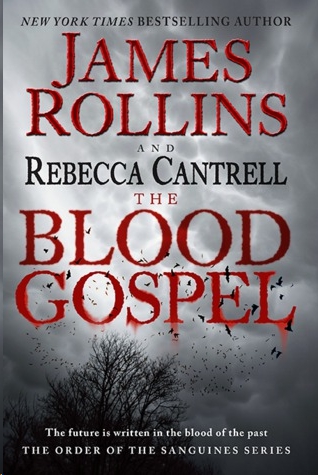 For showing us the beauty in monsters

And the monstrous in the beautiful

To my husband and son, for keeping the monsters at bay

And I saw in the right hand of him that sat on the throne a book written within and on the backside, sealed with seven seals.

And I saw a strong angel proclaiming with a loud voice, Who is worthy to open the book, and to loose the seals thereof?

And no man in heaven, nor in earth, neither under the earth, was able to open the book, neither to look thereon … Thou art worthy to take the book, and to open the seals thereof: for thou wast slain, and hast redeemed us to God by thy blood….

I am Lazarus, come from the dead,

The dead continued to sing.

Three hundred feet above Eleazar’s head, the chorus of nine hundred Jewish rebels rang out in defiance of the Roman legion at their gates. The defenders had sworn to take their own lives rather than be captured. Those final prayers, chanted to Heaven on high, echoed down to the tunnels below, carved out of the heart of the mountain of Masada.

Abandoning the doomed men to their bitter sunlight, Eleazar tore his gaze from the roof of the limestone passageway. He wished that he could chant beside them, that he could give up his own life in a final battle. But his destiny lay elsewhere.

He gathered the precious block into his arms. The sun-warmed stone stretched from his hand to his elbow, the length of a newborn baby. Cradling the stone block against his chest, he forced himself to enter the rough-hewn passage that sliced into the heart of the mountain. Masons sealed the way behind him. No living man could follow.

The seven soldiers who accompanied him forged ahead with torches. Their thoughts must still be with their brothers, the nine hundred above on the sun-scoured plateau. The stronghold had been under siege for months. Ten thousand Roman soldiers, split into enormous camps, surrounded the mesa, ensuring no one could leave or enter. The rebels had vowed, when their chant was complete, to take the lives of their families and then their own, before the Romans overran their walls. They prayed and readied themselves to kill the innocent.

Eleazar’s task weighed upon him as heavily as the stone in his arms. His thoughts turned to what awaited below. The tomb. He had spent hours praying in that subterranean temple, knees pressed against stone blocks fitted so close together that not even an ant might escape. He had studied its smooth walls and high, arched ceiling. He had admired the careful handiwork of the craftsmen who had labored to make the space sacred.

Even then, he had not dared to look upon the sarcophagus in the temple.

That
unholy
crypt that would hold the most
holy
word of God.

He hugged the stone tighter to his chest.

Please
,
God
,
take this burden from me
.

This last prayer, like the thousands before it, remained unanswered. The sacrifices of the rebels above must be honored. Their cursed lifeblood must serve a higher purpose.

When he reached the arched doorway to the temple, he could not step through. Others jostled past to their posts. He rested his forehead against the cold wall, praying for solace.

His gaze swept inside. Torchlight flickered, dancing shadows across the stone bricks that formed an arched roof overhead. Smoke swirled above, seeking escape, but there would be none.

Not for any of them.

At last, his eyes settled on the small girl, on her knees, held down by soldiers. His heart ached at the piteous sight of her, but he would not forsake the task that had been asked of him. He hoped that she would shut her eyes so that he might not have to look into them at the end.

That was how his long-dead sister had described those innocent eyes, her daughter’s eyes, her little Azubah.

A child’s eyes still—but it was not a child who glared back at him. She had seen what a child should never see. And soon would see no more.

With one last murmured prayer, he stepped into the torchlit tomb. Guttering flames reflected off the haunted eyes of the seven soldiers who were waiting for him. They had fought the Romans for days, knowing that the battle would end with their own deaths, but not like this. He nodded to them, and to the robed man in their midst. Nine grown men gathered to sacrifice a child.

The men bowed their heads to Eleazar, as if he were holy. In truth, they did not know how unclean he was. Only he and the one he served knew that.

Every man bore bloody wounds, some inflicted by the Romans, others by the small girl they held captive.

The purple robes she’d been forced to wear were too large, making her appear even smaller. Her dirty hands clutched a tattered doll, sewn from leather, tanned the color of the Judean desert, one button eye missing.

How many years ago had he given it to her? He remembered the delight bursting from that tiny face when he knelt and offered it to her. He recalled thinking how much sunlight could be trapped in such a little body, that it could shine so brilliantly, fuel such simple joy at a gift of leather and cloth.

He searched her face now, looking for that sunshine.

But only darkness stared back at him.

Eyes, once as calm and beautiful as a fawn’s, glared at him with feral hatred. She drew in a deep breath and spat hot blood in his face.

He staggered, dazed by the silken feel, the iron smell of the blood. With one shaking hand, he wiped his face. He knelt before her and used a cloth to gently brush blood from her chin, then flung the soiled rag far away.

Eleazar and Azubah both jerked their heads. In the tomb, they alone heard screams from atop the mountain. They alone knew that the Romans had broken through the stronghold’s defenses.

The slaughter above had begun.

The robed one noted their movement and knew what it meant. “We have no more time.”

Eleazar looked to the older man in the dusty brown robe, their leader, the one who had demanded that this child be baptized amid such horror. Age etched the leader’s bearded face. Solemn, impenetrable eyes closed. His lips moved in silent prayer. His face shone with the surety of a man free of doubt.

Finally, those blessed eyes opened again and found Eleazar’s face, as if searching for his soul. It made him recall another stare from another man, many, many years before.

Eleazar turned away in shame.

The soldiers gathered around the open stone sarcophagus in the center of the tomb. It had been carved out of a single block of limestone, large enough to hold three grown men.

But it would soon imprison only one small girl.

Pyres of myrrh and frankincense smoldered at each corner. Through their fragrance Eleazar smelled darker scents: bitter salts and acrid spices gathered according to an ancient Essene text.

All lay in terrible readiness.

Eleazar bowed his head one final time, praying for another way.

But the ritual called for them all to play their roles.

A Girl Corrupted of Innocence.

A Knight of Christ.

A Warrior of Man.

The robed leader spoke. His graveled voice did not waver. “What must be done is God’s will. To protect her soul. And the souls of others. Take her!”

But not all had come here willingly.

Azubah yanked free of her captors’ hands and sprang for the door, swift as a fallow doe.

Not Just Friends (Brookfield) by Wolfe, Lacey
The Awakened Mage by Miller, Karen
Kindling by Abigail Colucci
The Battle of the Labyrinth by Rick Riordan
Amy Valenti - Not Your Damn Submissive (Denial #1) by Amy Valenti
Queenie's Cafe by SUE FINEMAN
Serena by Claudy Conn
Let Me Be The One by Bella Andre
Bulletproof by Melissa Pearl
Murder on a Silver Platter (A Red Carpet Catering Mystery Book 1) by Shawn Reilly Simmons