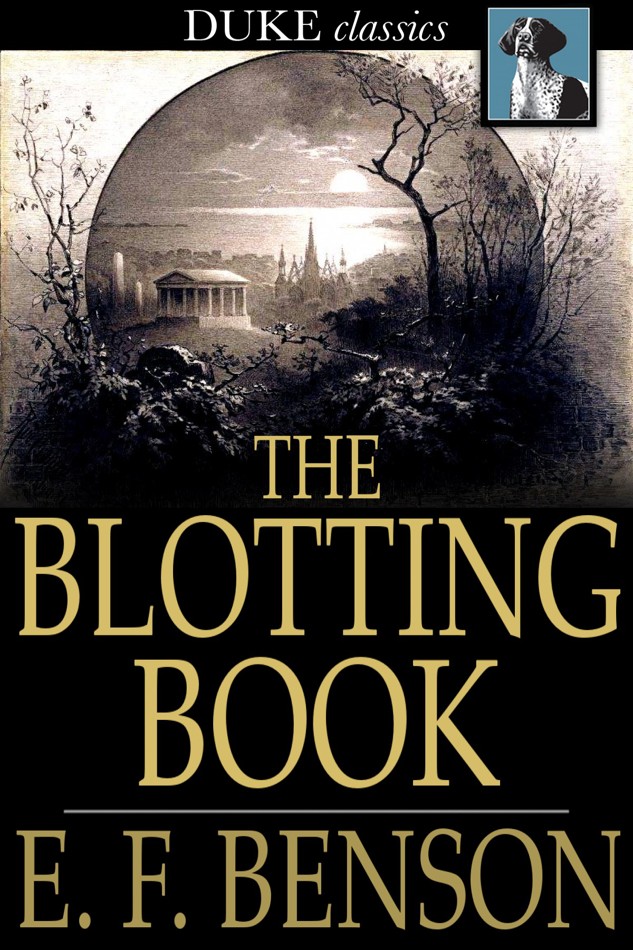 Mrs. Assheton's house in Sussex Square, Brighton, was appointed with that
finish of smooth stateliness which robs stateliness of its formality, and
conceals the amount of trouble and personal attention which has,
originally in any case, been spent on the production of the smoothness.
Everything moved with the regularity of the solar system, and, superior
to that wild rush of heavy bodies through infinite ether, there was never
the slightest fear of comets streaking their unconjectured way across the
sky, or meteorites falling on unsuspicious picnicers. In Mrs. Assheton's
house, supreme over climatic conditions, nobody ever felt that rooms
were either too hot or too cold, a pleasantly fresh yet comfortably warm
atmosphere pervaded the place, meals were always punctual and her
admirable Scotch cook never served up a dish which, whether plain or
ornate, was not, in its way, perfectly prepared. A couple of deft and
noiseless parlour-maids attended to and anticipated the wants of her
guests, from the moment they entered her hospitable doors till when, on
their leaving them, their coats were held for them in the most convenient
possible manner for the easy insertion of the human arm, and the tails of
their dinner-coats cunningly and unerringly tweaked from behind. In every
way in fact the house was an example of perfect comfort; the softest
carpets overlaid the floors, or, where the polished wood was left bare,
the parquetry shone with a moonlike radiance; the newest and most
entertaining books (ready cut) stood on the well-ordered shelves in the
sitting-room to beguile the leisure of the studiously minded; the
billiard table was always speckless of dust, no tip was ever missing from
any cue, and the cigarette boxes and match-stands were always kept
replenished. In the dining-room the silver was resplendent, until the
moment when before dessert the cloth was withdrawn, and showed a rosewood
table that might have served for a mirror to Narcissus.

Mrs. Assheton, until her only surviving son Morris had come to live with
her some three months ago on the completion of his four years at
Cambridge, had been alone, but even when she was alone this ceremony of
drawing the cloth and putting on the dessert and wine had never been
omitted, though since she never took either, it might seem to be a
wasted piece of routine on the part of the two noiseless parlourmaids.
But she did not in the least consider it so, for just as she always
dressed for dinner herself with the same care and finish, whether she was
going to dine alone or whether, as tonight, a guest or two was dining
with her, as an offering, so to speak, on the altar of her own
self-respect, so also she required self-respect and the formality that
indicated it on the part of those who ministered at her table, and
enjoyed such excellent wages. This pretty old-fashioned custom had always
been the rule in her own home, and her husband had always had it
practised during his life. And since then—his death had occurred some
twenty years ago—nothing that she knew of had happened to make it less
proper or desirable. Kind of heart and warm of soul though she was, she
saw no reason for letting these excellent qualities cover any slackness
or breach of observance in the social form of life to which she had been
accustomed. There was no cause, because one was kind and wise, to eat
with badly cleaned silver, unless the parlour-maid whose office it was to
clean it was unwell. In such a case, if the extra work entailed by her
illness would throw too much on the shoulders of the other servants, Mrs.
Assheton would willingly clean the silver herself, rather than that it
should appear dull and tarnished. Her formalism, such as it was, was
perfectly simple and sincere. She would, without any very poignant regret
or sense of martyrdom, had her very comfortable income been cut down to a
tenth of what it was, have gone to live in a four-roomed cottage with one
servant. But she would have left that four-roomed cottage at once for
even humbler surroundings had she found that her straitened circumstances
did not permit her to keep it as speckless and
soignée
as was her
present house in Sussex Square.

This achievement of having lived for nearly sixty years so decorously may
perhaps be a somewhat finer performance than it sounds, but Mrs. Assheton
brought as her contribution to life in general a far finer offering than
that, for though she did not propose to change her ways and manner of
life herself, she was notoriously sympathetic with the changed life of
the younger generation, and in consequence had the confidence of young
folk generally. At this moment she was enjoying the fruits of her liberal
attitude in the volubility of her son Morris, who sat at the end of the
table opposite to her. His volubility was at present concerned with his
motor-car, in which he had arrived that afternoon.

"Darling mother," he was saying, "I really was frightened as to whether
you would mind. I couldn't help remembering how you received Mr.
Taynton's proposal that you should go for a drive in his car. Don't you
remember, Mr. Taynton? Mother's nose
did
go in the air. It's no use
denying it. So I thought, perhaps, that she wouldn't like my having one.
But I wanted it so dreadfully, and so I bought it without telling her,
and drove down in it to-day, which is my birthday, so that she couldn't
be too severe."

Mr. Taynton, while Morris was speaking, had picked up the nutcrackers the
boy had been using, and was gravely exploding the shells of the nuts he
had helped himself to. So Morris cracked the next one with a loud bang
between his white even teeth.

"Dear Morris," said his mother, "how foolish of you. Give Mr. Morris
another nutcracker," she added to the parlour-maid.

"What's foolish?" asked he, cracking another.

"Oh Morris, your teeth," she said. "Do wait a moment. Yes, that's right.
And how can you say that my nose went in the air? I'm sure Mr. Taynton
will agree with me that that is really libellous. And as for your being
afraid to tell me you had bought a motor-car yourself, why, that is
sillier than cracking nuts with your teeth."

"Don't put the responsibility on me, Mrs. Assheton," he said. "As long as
Morris's bank doesn't tell us that his account is overdrawn, he can do
what he pleases. But if we are told that, then down comes the cartloads
of bricks."

"Oh, you are a brick all right, Mr. Taynton," said the boy. "I could
stand a cartload of you."

Mr. Taynton, like his laugh, was comfortable and middle-aged. Solicitors
are supposed to be sharp-faced and fox-like, but his face was
well-furnished and comely, and his rather bald head beamed with
benevolence and dinner.

"My dear boy," he said, "and it is your birthday—I cannot honour
either you or this wonderful port more properly than by drinking your
health in it."

He began and finished his glass to the health he had so neatly proposed,
and Morris laughed.

"Thank you very much," he said. "Mother, do send the port round. What an
inhospitable woman!"

"I will leave you to be more hospitable than me, then, dear," she said.

"Shall we go, Madge? Indeed, I am afraid you must, if you are to catch
the train to Falmer."

Madge Templeton got up with her hostess, and the two men rose too. She
had been sitting next Morris, and the boy looked at her eagerly.

"It's too bad, your having to go," he said. "But do you think I may come
over to-morrow, in the afternoon some time, and see you and Lady
Templeton?"

"No, dear," she said, "I am going to have five minutes' talk with Madge
before she goes and we don't want you. Look after Mr. Taynton. I know he
wants to talk to you and I want to talk to Madge."

Mr. Taynton, when the door had closed behind the ladies, sat down again
with a rather obvious air of proposing to enjoy himself. It was quite
true that he had a few pleasant things to say to Morris, it is also true
that he immensely appreciated the wonderful port which glowed, ruby-like,
in the nearly full decanter that lay to his hand. And, above all, he,
with his busy life, occupied for the most part in innumerable small
affairs, revelled in the sense of leisure and serene smoothness which
permeated Mrs. Assheton's house. He was still a year or two short of
sixty, and but for his very bald and shining head would have seemed
younger, so fresh was he in complexion, so active, despite a certain
reassuring corpulency, was he in his movements. But when he dined
quietly like this, at Mrs. Assheton's, he would willingly have sacrificed
the next five years of his life if he could have been assured on really
reliable authority—the authority for instance of the Recording
Angel—that in five years time he would be able to sit quiet and not work
any more. He wanted very much to be able to take a passive instead of an
active interest in life, and this a few hundreds of pounds a year in
addition to his savings would enable him to do. He saw, in fact, the goal
arrived at which he would be able to sit still and wait with serenity and
calmness for the event which would certainly relieve him of all further
material anxieties. His very active life, the activities of which were so
largely benevolent, had at the expiration of fifty-eight years a little
tired him. He coveted the leisure which was so nearly his.

Morris lit a cigarette for himself, having previously passed the wine to
Mr. Taynton.

"I hate port," he said, "but my mother tells me this is all right. It
was laid down the year I was born by the way. You don't mind my
smoking do you?"

This, to tell the truth, seemed almost sacrilegious to Mr. Taynton, for
the idea that tobacco, especially the frivolous cigarette, should burn in
a room where such port was being drunk was sheer crime against human and
divine laws. But he could scarcely indicate to his host that he should
not smoke in his own dining-room.

"No, my dear Morris," he said, "but really you almost shock me, when you
prefer tobacco to this nectar, I assure you nectar. And the car, now,
tell me more about the car."

"I'm so deeply thankful I haven't overdrawn," he said. "Oh, the car's a
clipper. We came down from Haywards Heath the most gorgeous pace. I saw
one policeman trying to take my number, but we raised such a dust, I
don't think he can have been able to see it. It's such rot only going
twenty miles an hour with a clear straight road ahead."

"Yes, yes, my dear boy, I so sympathise with you," he said. "Speed and
violence is the proper attitude of youth, just as strength with a more
measured pace is the proper gait for older folk. And that, I fancy is
just what Mrs. Assheton felt. She would feel it to be as unnatural in you
to care to drive with her in her very comfortable victoria as she would
feel it to be unnatural in herself to wish to go in your lightning speed
motor. And that reminds me. As your trustee—"