Read The Blue Between Sky and Water Online

The Blue Between Sky and Water 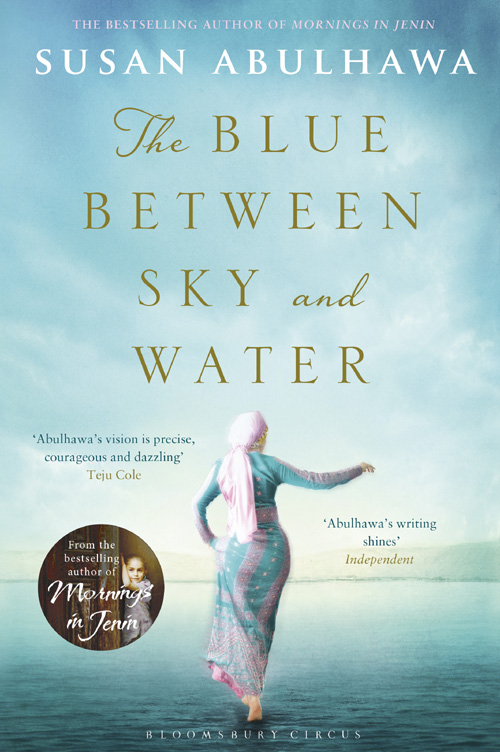 For Natalie: my daughter, my friend, and my teacher

In the Late 1970S and ’80s, Israel assisted in the rise of an Islamist movement in Palestine, which would come to be known as Hamas, as a counterweight to Yasser Arafat’s Fateh party, a secular revolutionary resistance movement in the mold of similar guerrilla insurgencies around the world during the Cold War era. Following the Oslo Accords in 1993, signed between Israel and the Palestine Liberation Organization (PLO), an endless “Peace Process” was launched, and Hamas became the principal institution of Palestinian resistance to Israel’s military occupation and ongoing repression of the native people’s aspirations for autonomy. After two decades of failed negotiations that saw great expansion of exclusively Jewish colonies on confiscated Palestinian land and entrenchment of an apartheid system in the occupied territories, Palestinians launched an uprising and held elections for new leadership. In 2006, members of Hamas won majority seats in the Palestinian Authority in what were deemed to be fair and transparent elections. Israel and the United States, however, were displeased with the outcome of the elections and moved to subvert the new leadership. While Fateh continued to control the West Bank, Hamas gained control of Gaza. Unable to dislodge Hamas, Israel sealed off the tiny Mediterranean strip of land, turning it into what became known as the largest open-air prison in the world. Declassified documents, obtained years later, revealed the chilling precision with which Israel calculated the calorie intake of 1.8 million Palestinians in Gaza to make them go hungry, but not starve.

“The idea is to put the Palestinians on a diet.”

Of everything that disappeared, Kinder Eggs are what I missed most. When the walls closed in on Gaza and adult conversations became hotter and sadder, I measured the severity of our siege by the dwindling number of those delicate chocolate eggs, wrapped in thin colorful foil, with splendid toy surprises incubating inside the eggs on store shelves. When they finally disappeared, and the rusty metal of those shelves stared back naked, I realized that Kinder Eggs had brought color into the world. In their absence, our lives turned a metallic sepia, then faded to black-and-white, the way the world used to be in the old Egyptian movies, when my teta Nazmiyeh was the sassiest girl in Beit Daras.

Even after the tunnels were dug under the border between Gaza and Egypt to smuggle the things of living, Kinder Eggs were still hard to come by.

I lived in these times of the tunnels, a network of underground arteries and veins with systems of ropes, levers, and pulleys that pumped food, diapers, fuel, medicine, batteries, music tapes, Mama’s menstrual napkins, Rhet Shel’s crayons, and anything else you can think of that we managed to buy from the Egyptians twenty-four hours a day, seven days a week.

Once, Israel convinced the United States and Egypt to install an impenetrable underground steel wall along the Rafah border to cut off the tunnels. People watched through binoculars from the sand dunes of Rafah, and they laughed for a month as the United States Army Corps of Engineers went to work. The Americans saw us, and though they left as uninterested as they had come, we were sure our laughter floating across the border had unnerved them. As soon as they were gone, our boys went to work inside the tunnels with blowtorches, cutting through the metal t hat was meant to cut off our sustenance. It was a gift, because the underground wall was made of high-grade steel that we recycled into other things.

We were used to being the losers. But this time we won. We outsmarted Israel, Egypt, and the great United States of America. Gaza was one giant party for a while. Our newspapers published cartoons that showed Mubarak, Bush, and Netanyahu scratching their heads and asses while we laughed from Rafah’s sandy hills, holding what we had made from that excellent steel: car parts, playground equipment, building beams, and rockets.

My teta Nazmiyeh said, “Allah have mercy and protect us. All this joy and laughter in Gaza is bound to bring blood and heartache. Light always casts shadows.” She must have been thinking of Mariam.

It wasn’t long after that when I went into the quiet blue, that place without time, where I could soak up all the juices of life and let them run through me like a river.

Then Nur came, her mouth full of Arabic words that were sawed off and sanded at the edges with the curly accent of a foreigner. She came with all that American do-gooder enthusiasm that thinks it can fix broken people like me and heal wounded places like Gaza. But she was more shattered than any of us.

And every night, when Nur put my sister Rhet Shel to bed, Teta Nazmiyeh pulled the sky in place and Mama embroidered in it the stars and moon. And in the morning when Rhet Shel awoke, she hung the sun. That’s how it was when Nur came back.

These were the women of my life, the songs of my soul. The men they loved were lost in one way or another, except me. I stayed as long as I could.

When our history lounged on the hills, lolling in sylvan days, the River Suqreir flowed through Beit Daras

My great-khalto Mariam collected colors and sorted them. Two generations later, I was named after her imaginary friend. But maybe it was not imagination. Maybe it was really me. Because we meet by the river now, and I teach her to write and read.

A Village of Villages Surrounded by gardens and olive groves and bordered to the north by a lake, in the thirteenth century Beit Daras was on the mail route from Cairo to Damascus. It boasted a caravanaserai, an ancient roadside inn for the steady stream of travelers who flowed across the trade routes of Asia, North Africa, and southeastern Europe. The Mamluks had built it in
A.D.
1325, when they ruled over Palestine, and it remained for many centuries as el-Khan to the villagers. Overlooking Beit Daras were the remnants of a castle built by the Crusaders in the early 1100s, which in turn was perched on a citadel that had been built by Alexander the Great more than a millennium before that. Once a station for the powerful, history had broken it down into ruin, and what remained stood tenderly, holding all of time now, where children played and where young couples went to escape watchful eyes.

A river, brimming with God’s assortment of fish and flora, ran through Beit Daras, bringing blessings and carrying away village waste, dreams, gossip, prayers, and stories, which it emptied into the Mediterranean just north of Gaza. The water flowing over rocks hummed secrets of the earth and time meandered to the rhythms of crawling, hopping, buzzing, and flying lives.

When Mariam was five years old, she stole her sister Nazmiyeh’s eye kohl and used it to write a prayer on a leaf that she tossed into the river of Beit Daras. It was a prayer for a real pencil and permission to enter the building you go to when you have a pencil. What she wrote were scribbles, of course, despite the presence of an elementary school with two rooms and four teachers, paid for by monthly collections from the villagers. She would instead watch her brother and other schoolboys in their uniforms, each carrying a pencil in one hand—true status symbols—and satchels of books flung across their shoulders as they marched up the hill to that enchanted place with two rooms, four teachers, and many, many pencils.

As it turned out, Mariam didn’t need the schoolhouse to learn, just pencil and paper. She created an imaginary friend named Khaled, who waited every day by the river of Beit Daras to teach Mariam to write and read.

The color of the river was an enigma to Mariam, who sat on its bank contemplating what seemed to be colorlessness, borrowing hues from everything around it. On bright days, it was a crisp light blue, like the sky. In the springtime, when the world was particularly green, so was the river. Other times, it was clear and sometimes cloudy or muddy. She questioned how the river could take on so many colors when the ocean was always blue-green, except at night, of course, when the purity of black dressed everything for sleep.

After much rumination, young Mariam concluded that only some things change colors. She also understood at an early age that her vision was like no one else’s. People changed colors according to their moods, but her sister Nazmiyeh said only Mariam could see the changes. Imbuements of blue were the norm when people prayed, although not always. People’s expressions did not necessarily match their colors. White auras felt malicious and some people had them even when they smiled. Yellow and blue were sincere and content. Black was the purest of all, the aura of babies, of utter kindness, and of great strength.