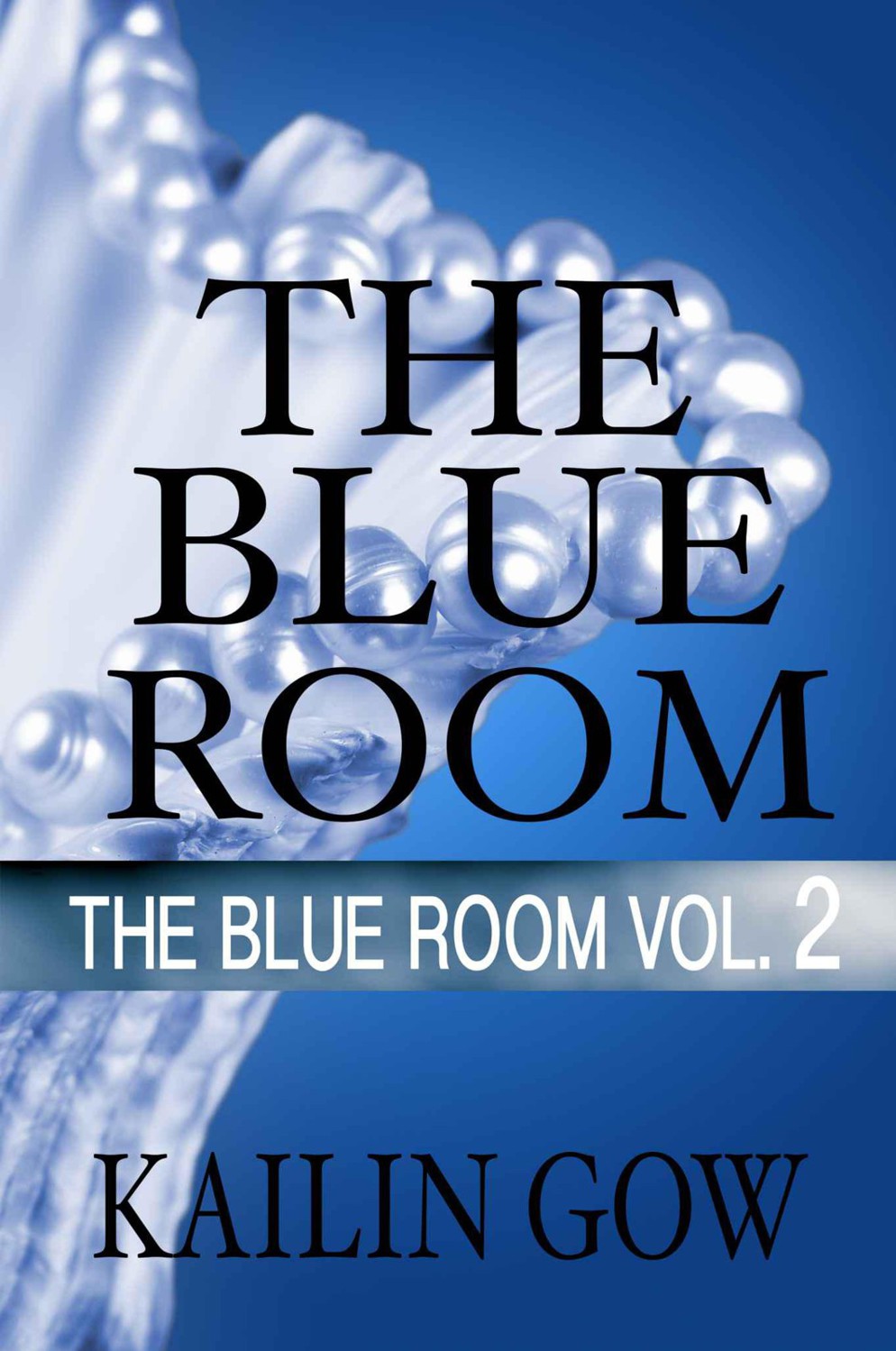 To all
the women I meet who have inspired me with their lives, their courage, and
their stories.

With
a gun in her hand.

But
I'd seen her – moments before – in the throes of ecstasy – she looked so happy
– she'd been so happy, so in love – so
alive
.

Why
would Roz kill herself?

I
round on him, but I can't speak. The tears and the screams are coming too fast.

Terrence
grabs me by the arm almost roughly. He leads me down the hall – so swiftly –
back into my room and locks the door. He frog-marches me into the shower and
turns it on: the water soaks through my dress, already stained with blood. He
pulls the dress off me and puts it into the garbage, tying the plastic bag
shut.

He
washes the blood off my hands, my face, my naked body.

He
lets me cry in his arms.

In
those moments he's not Terrence Blue, the nightclub impresario, the master
pimp. He's just Terrence, a boy, comforting a girl with such extraordinary
tenderness I almost swoon in his arms. He's gentle with me, careful. He's
shaking himself. His clothes are soaking wet in the shower, but he doesn't
care. He just holds me.

“I'm
so sorry, Staci,” he whispers. “I'm so sorry you had to see that.” He swallows.
“I can't believe it myself.” He takes a deep breath and shudders.

Terrence
closes his eyes. “Roz…she got attached,” he says. His voice is almost cold.
“She'd fallen for her patron – I know that much. She really loved him. Thought
he loved her. But this place…we deal in fantasy. For him – it was just that.
For her – maybe it was more. Maybe she told him she loved him. Maybe she took
it too far – and he didn't feel the same way.”

I
feel sick to my stomach.

A
fantasy, that's all it is,
I tell myself.

A
fantasy you almost succumbed to yourself.

Just
moments ago I'd been confessing my feelings to Terrence Blue – pretending like
this place, like the things we did here, like any part of this life, was real.
Just moments ago, I'd been as stupid as Rita.

“It's
happened before,” Terrence says. “Some girls get in too deep. It gets to them.
Poor girl – she always seemed to have her head screwed on straight. Of all the
girls here – I thought when I hired her she'd be able to keep her cool. I'd
never have assigned her to Mr. X – not if I'd known...”

Mr.
X. Where have I heard that before
?

“To
preserve anonymity,” Terrence says. “We never give the girls the clients'
names. Every client is assigned a letter. Mr. A, Mr. B, all the way down to Mr.
Z. Roz's client was Mr. X.”

A
vision comes to me. Rita, smiling, dangling the locket in front of me.

Was
that Rita's Mr. X, with his head between Roz's legs? With his tongue upon her
clit? Making her moan? Driving her wild?

“Does
Roz have any family?” I ask.

Terrence
shakes his head. “Some distant cousins on the East Coast,” he says, “In New
York. Nobody here.”

I
guess a lot of people with families don't end up in this business. Just a
hunch.

I
shudder; Terrence holds me tighter.

“We've
never had a suicide,” says Terrence. “Never before. It's atypical of the Blue
Room – I guarantee...”

Then
what happened to Rita?

I
'm still crying in the shower, bawling my eyes
out, when at last Terrence turns off the water. “Staci,” his voice is so soft.
“I'm sorry, but I have to sort this out, now. Before anybody finds her. Will
you be OK, getting dressed?”

“There's
a bunch of nightgowns in your closet. Can you go put one on?”

I
feel so light-headed, floating through the room. I feel like my feet aren't
even touching the ground. I feel crazy, wild. My mind is a white room.

“What
about the police?” I pull the nightgown over my head. “Shouldn't we call the
police?”

But
Terrence is already on his cell phone, calling.

“We
have our own procedures,” he said. “Internal procedures.”

He
looks at me in surprise. “Why would the police come?” he said. “The guests at
the Blue Room pay a high price to avoid any scandal. Bringing the police into
this would be an unnecessary complication. Hello, Arnold?”

He
goes out into the balcony to make the call, closing the door behind him so I
can't hear.

I'm
sickened by how cold, how businesslike he's become, all of a sudden. The same
kind, sweet boy who was comforting me a moment ago is now a pimp, dealing with
a dead hooker.

Whatever
he's saying on that phone call, I have to know.

I
think of Roz's face, blown half away, and that tiny fraction of hope that
Rita's anything but dead gets even smaller.

I
tiptoe into the bathroom and crack open the tiny smoking window, climbing onto
the toilet to get a better view. If I strain my ears I can hear what Terrence
is saying.

“Nothing happened to him. His reputation will be intact – but
the girl...she's gone. God rest her soul.” His voice shakes only a little bit.
“You know what to do.”

So,
this is the real Terrence Blue, I think. Pimp. Covering up deaths. Hiding from
the police. The whole seedy operation revealed to me at last. The dirty reality
underpinning the fantasy. I want to throw up.

And
here I am – thinking he had real feelings for me? Thinking he might have felt
about me the way I felt about him! No – he was right. I was the patron, the
client; he was playing a fantasy for me. Luring me into the world of the Blue
Room. Making me think that the love I saw was real.

Well,
the only thing that's real is Roz's body with the brains blown out of her
skull. A suicide over a love that never existed.

I'm
not going to make that mistake again.

I'm
going to stay at the Blue Room. I'm going to find my way to this mysterious Mr.
X. I'm going to figure out what happened to Rita, to Roz. And I'm going to get
my revenge on all of them – all those rich men who think they can buy and sell
love from desperate women, without family or friends, with some distant cousins
in New York – and nothing else to call home. The Blue Room is a dirty business
– and if I have to get my hands dirty to solve this mystery, then I'm no longer
afraid.

I
just have to get as messy as the rest of them. No more illusions. No more
willful blindness to the truth.

The
next morning, I find a note slipped under my door. At first I think it's from Mrs.
Walters, but the scrawled chicken-scratch isn't Mrs. Walter's careful
handwriting.

Come
to the cafeteria at 8 am. Important breakfast meeting for all Blues Girls.

I
wonder who it's from. But after the shock of last night, I'm hardly in the mood
to cause any trouble by being late. I hurriedly get dressed into a pair of
sweats and make my way to the cafeteria.

To
my surprise, the room is empty. There's no breakfast being served – not even
the smell of someone cooking. And there's no Blues Girls, either.

I
whip around to see the three girls from yesterday standing in the doorway:
Brandi, Julie, and Scarlett.

“What
do you want?” Immediately I'm prickly.

They're
blocking the doorway, their arms crossed. I know at once that they mean
business. I gulp as they come at me in one single formation.

They're
surrounding me like hawks. Then, they strike. One of them holds my wrists,
pinning me against the table. Another one holds down my ankles. Brandi, the
strongest of the group, sits on my stomach, straddling me.

“Me?”
My mouth falls open. “What are you talking about?”

“We
saw you. We saw you go into her room. An hour later she was dead.” Brandi
grimaces.

“I
– I don't know,” I answer as truthfully as possible.

“Did
someone put you up to it? Is that why you're here? Picking us off – one by
one?” Hot tears sting Brandi's eyes.

“What
are you talking about?”

“Roz
was our friend.” The way Brandi speaks, I know she's serious. She may have been
spreading bitchy rumors about me earlier – but now I see honest grief in her
face.

“Your
friend?” Brandi pushes harder on my stomach. “So why did you kill her?”

My
eyes fly open in shock so wide that Brandi relents.

“Roz
killed herself...” I'm having trouble speaking with Brandi on my chest. “Didn't
she?”

“Tell
us everything,” Scarlett grips my wrists tighter. “Tell us what you know.”

Scarlett
looks dubious, but Brandi nods, and they let me up.

“She
invited me to her room to talk...” I stammer. “Just to talk. But when I came
she was busy with a client...so I left. I figured I'd come back later. After.
And then I heard the gunshot.”

“And
what was in her hand?”

“What
are you saying?”

“What
are you, stupid?” Brandi glowers at me. “Listen – we heard the story they're
trying to sell us on. That Roz killed herself because her client jilted her.
That she committed suicide over him. I'm telling you – that would never
happen.”

“First
of all – Roz may have been crazy over Mr. X, but she wasn't some emotional
little girl. She was strong. She was brave. She had her head screwed on
straight. Mr. X – on the other hand...”

“He
was crazy about her,” Scarlett cuts in. “Loved her so much it was scary. Was
jealous of her other clients.”

“So
here's the thing,” says Brandi, “If Mr. X. finds out Roz's dead – he's going to
be looking for revenge. And everybody knows Mr. X. is one of the most desirable
clients on the list. He's going to think that one of
us
did it – maybe
out of jealousy, who knows? He's going to look for somebody to blame.” Her
voice trembles, and all her arrogance goes out of her. She's just a scared
little girl. “Look,” she says, “Roz and us – we had a fight last night. Over
Mr. X. She said she was going to skip town with him, that they were going to
run away together, that they were gonna get married.  That they were in love.
And we – maybe we
were
a little jealous, so what? Maybe we thought she
was getting up herself, trying to act like she was less of a hooker than we
were just because her client wanted to put a ring on it?  And maybe we said
some things we regret. But we didn't kill her.” Brandi swallows. “But somebody
did. And if we don't figure out who that somebody is – it could be any of
us
who goes out in a body bag.”

“You
think Mr. X. would have you killed?”

I
feel a chill go up and down my spine. That man Roz seemed to love – could he
really be that dangerous?

“You
don't go to the Blue Room for an easy life,” says Scarlett. “There's nobody
safe here. Whoever killed Roz – he must have had a reason. To get at Mr. X? To
set one of us up?”

Unless
it was Mr. X.