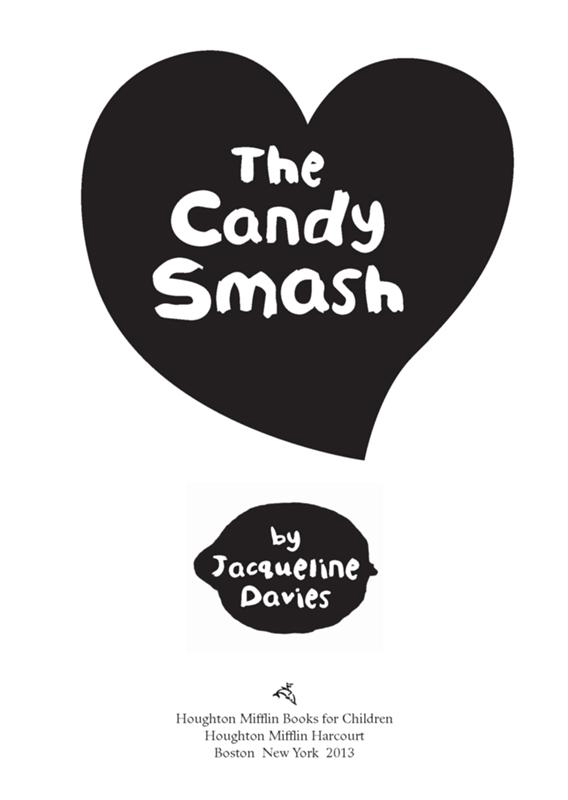 One School, One Book

The illustrations are pen and ink.

For Tracey Adams an agent with a

the size of a houseâand a Valentine's Day baby, to boot. 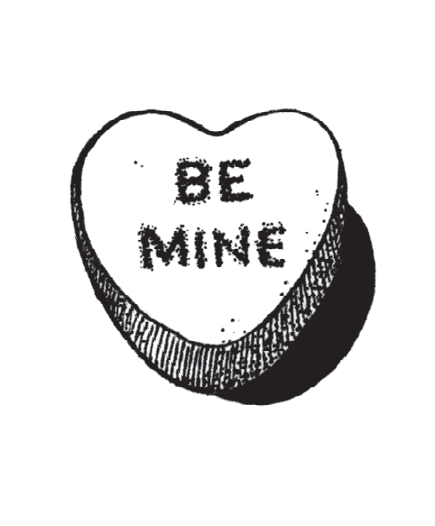 onomatopoeia
(n) when a word sounds like the object it names or the sound that object makes; for example:
sizzle, hiccup, gurgle

If Evan had known what would be hidden in his shoebox later that day, he might not have minded decorating it so much.

But for now, he stared at the box in disgust.

He hated projects like this. Cutting projects, gluing projects. Projects with scissors and paper and markers and tape. Why did he have to
decorate
the shoebox anyway?

"Can I have that?" asked Jessie on her way back to her desk group. She pointed at the ruler on Evan's desk. In her hand, she held her box. All four sides and the top of the box were covered in red construction paper, and the slot on top was outlined with a perfectly measured crinkle-cut rectangle of white paper.

"No!" said Jessie. "I made spirals for the sides and flowers and hearts for the top." Evan looked over at her desk, which was in the group next to his. Lined up in neat rows were four perfect paper spirals, four curly paper rosettes, and twenty identical paper hearts. Jessie's decorations were so precise, they looked like they came from a factory.

It was at times like this that Evan wished his little sister wasn't in the same fourth-grade class with him. Jessie was good at math and writing and science and just about everything that counted in school. She had even skipped the third grade. Why did she have to be so smart?

Evan slumped a little in his seat. "Go ahead, take it."

Jessie reached for the ruler, then said, "That's sloppy. You should cut the paper so it's even. You want me to do it?"

Jessie shrugged. "Suit yourself." Then she went back to her seat.

"What are you going to put on your box?" asked Megan, who was returning to her desk on the other side of the room after showing her box to their teacher, Mrs. Overton. Her long ponytail swung from side to side as she walked up to his desk.

Evan felt his face go hot. It was bad enough that his shoebox looked like
nothing
ânow Megan Moriarty had to go and notice it.

"I don't know," he said. "I don't like flowers and hearts and things."

"Me neither," said Megan. "I put pictures of cats all over mine. See? This one looks like Langston!" Megan pointed to a picture on her box that looked almost exactly like Mrs. Overton's cat. Langston was a twenty-one-year-old gray Persian who was seriously overweight. There were laminated pictures of him posted all over the classroom, with speech bubbles coming out of his mouth saying
COOL CATS READ; NUMERATOR ON TOP, DENOMINATOR ON BOTTOM; AND A SIMPLE MACHINE IS A MECHANICAL DEVICE THAT APPLIES A FORCE, SUCH AS A PLANE, A WEDGE, OR A LEVER
. In every picture, Langston looked like he'd just coughed up a hairball. Evan's favorite was the one posted right above the daily homework assignment. In giant black letters it said
BLEH
!

"There are some sports magazines in the Re-use It bin," said Megan. "You want to see if there are any pictures of basketball players?"

"No. Well. I guess," said Evan, embarrassed that he was tongue-tied. When Megan and Evan were in the same desk group, neither one of them could get any work done. Mrs. Overton had called it a lovely problem, and Evan was both disappointed and relieved when she'd changed the seating arrangements.

Whenever he talked to Megan, he got a strange spinning feeling in his stomach, and it was getting worse every day. It was just like the time two winters ago when he and his mother hit a patch of black ice in their old Subaru. The car spun around three hundred sixty degrees before smashing into a guardrail. No one was hurt, and even the car was okay once it had been repaired, but Evan would never forget that feeling of spinning and spinning completely out of control, waiting for the smash. Being around Megan felt like that.

Evan walked over to the Re-use It bin. It turned out that there were tons of photos of basketball players, including one of Evan's favorite, Rajon Rondo, who was famous for having played the fourth quarter of a playoff game
one-handed
after he dislocated his elbow in the third. Evan quickly cut out five photos and stuck them on the four sides and top of his box.

"Done," he said, putting the cap back on his glue stick and shoving his markers into his desk.

Mrs. Overton, who'd been working at her desk, glanced up at the clock on the wall. "Hey, look at the time." She picked up the
shekere
that sat on the edge of her desk and shook it a few times, making the gentle
sh-sh-sh
sound that meant it was time to transition to a different activity. "We're running late. Leave your boxes on your desks and come to the rug. It's time for the Poem of the Day."

Evan smiled. He would never admit it, but this had become his second favorite part of the dayâafter recess. Ever since coming back from winter break, Mrs. Overton had taken the time each day to read a poemâjust one poem. A serious poem. Not like the silly poems his third grade teacher had read to them last year. Evan liked those, tooâthey made him laughâbut these poems that Mrs. Overton read were different. They were like music, and they made something deep inside of him go
zing.

Jessie raised her hand. "Mrs. Overton, can I skip the Poem of the Day so I can work on my newspaper?" Jessie had started her own classroom newspaper called
The 4-O Forum.
She'd already published two issues, and now she was working on the third. She planned to hand out the next edition on Monday, exactly one week from today, which happened to be Valentine's Day. It was a tight deadline, and Evan could tell she was feeling the pressure.

"No, Jess. I'll give you some time during morning recess. For now, come and join the class." When everyone had gathered on the rug sitting crosslegged, Mrs. Overton said, "Today I'm going to read a poem by E. E. Cummings." At the top of a blank page on the classroom easel, she wrote: "E. E. Cummings."

"Is he dead?" asked David Kirkorian. This had become the first question the kids in 4-O asked whenever Mrs. Overton introduced a new poet. Some poets were still aliveâlike the one who wrote the poem about the tree frog whose throat was swollen with spring love or that other one who wrote about playing basketball with his friend Spankyâbut a lot of them were dead. Some of them had been dead for centuries.

"He died about fifty years ago," said Mrs. Overton. A few kids nodded. A long-time dead. The
really
famous poets like William Shakespeare and Emily Dickinson were all dead.

"What do you mean?" asked Jessie. Evan could see a frown creeping across her face. Jessie did not like poetry, even though she'd won a poetry-writing contest in first grade. It was the only subject in school that Evan had ever heard her say she hated.

"Some poems don't have titles, and E. E. Cummings didn't title most of his poems."

"A poem is no good without a title," said Jessie. She stuck her foot out and retied her sneaker with several sharp, jerky movements. "And what kind of a name is E.E.?"

"It's initials, right?" said Jack. "Like J. K. Rowling. It stands for something."

"Extra Elbows!" said Ryan. He was sitting next to Evan, and he poked his elbow into Evan's chest, which got everyone in the class laughing.