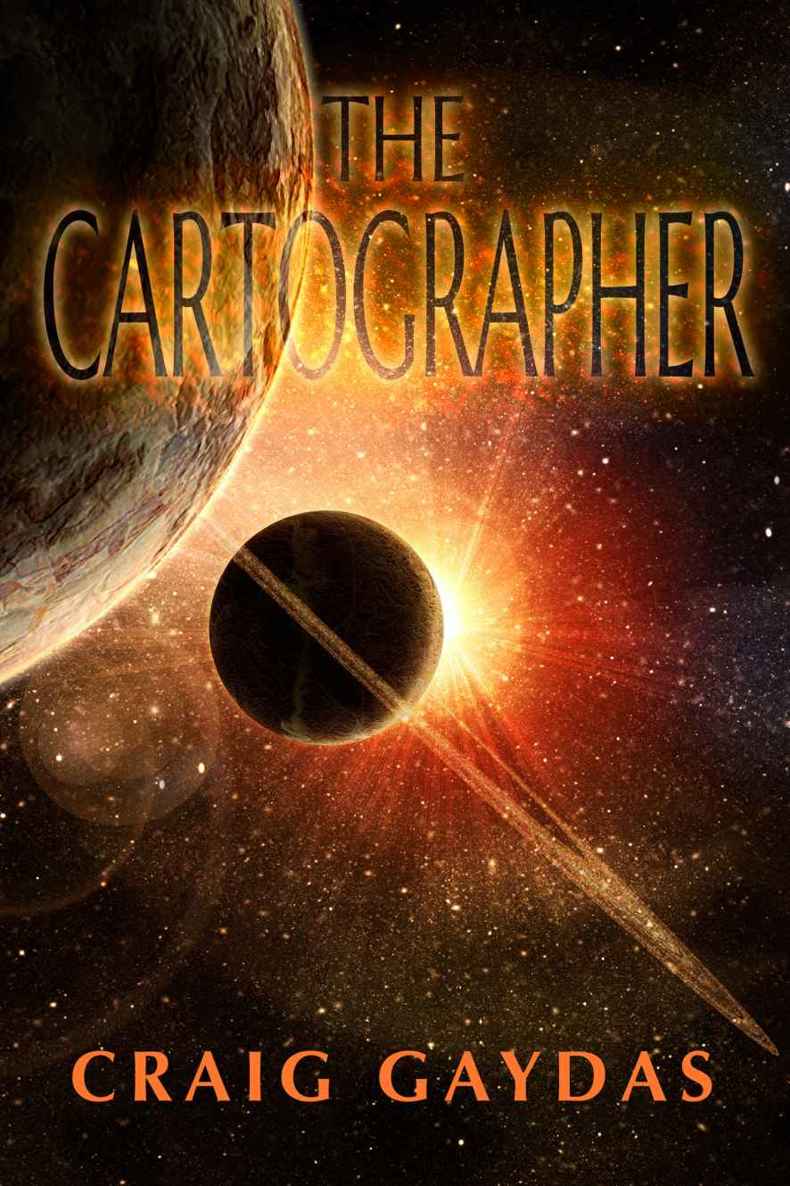 This book is a work of fiction. Names, characters, places, and incidents are the product of the author's imagination or are used fictitiously. Any resemblance to actual events, locales, or persons, living or dead, is purely coincidental.

A tyrant will always find a pretext for tyranny

The universe is full of doors. When one closes, another one opens. The question is; are you prepared to step through the door? 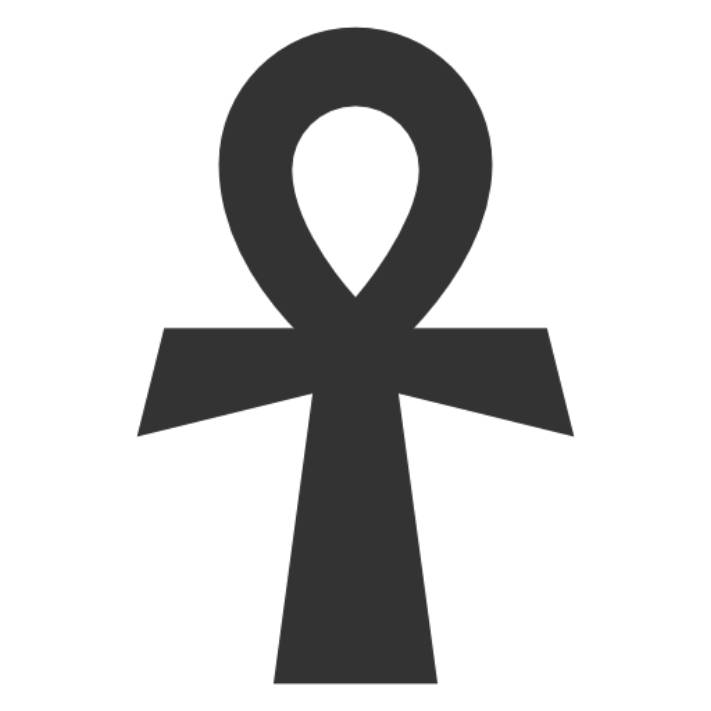 This is my third book so far in my insane quest to release the voices of my mind onto the world. This book, however, would have never been completed had it not been for my friend Eric Kaufmann who has dispensed invaluable advice and ideas into creating and bringing to life a science fiction adventure novel.

The Day The World Went Away

I stood at the entrance of the cave, staring into its gloomy depths. The stalactites reminded me of the homeless people I occasionally ran across in downtown Roswell—flashing me crooked smiles that would send the best dentists in the world running for cover. There were no rusted coffee cups or requests for spare change around here, though. The only begging being done here was me begging the cave to cough up its secrets.

Sam, my best friend, finished securing the rope around my waist. After he completed the task, I worked a similar loop around his waist, ensuring it was snug enough that it wouldn't slide off, but loose enough it wouldn't crush his abdomen.

“Come on Nathan, hurry up,” he grumbled.

Most kids my age preferred doing things like playing Minecraft, sneaking into the Mall Cinema or hanging out at the Carlsbad Mall. Sam and I preferred exploring the unknown, and this cave provided enough adventure to last us the school year. The kids at Carlsbad High School treated us like pariahs because we preferred outdoor adventuring over Creeper smashing.

Sadly, this was our last chance to explore the cave before the summer break. I had qualified for advanced science classes provided by the high school which would absorb most of my time this summer. Sam had been upset about it ever since I broke the news, and seemed to brood nonstop. Sometimes he could be such a downer.

He clutched the rope tightly and scowled before throwing me a curt nod. I smiled despite his crankiness, and descended the stony outcropping.

“I hope this hammer works on that wall,” I said and grabbed my rock hammer.

“If it doesn't, this will be another short trip,” he grumbled.

During our previous trip to the cave, I discovered a collapse which normally would signal the end to our little exploration. Despite my protests, Sam nagged me to investigate further and I had been surprised to discover air wafting in from several cracks in the wall. With renewed persistence, I eventually discovered what appeared to be some sort of path leading further into the cave. With the new discovery, I had been more determined than ever to break through that barrier and see what lay beyond. Images of fame, glory and treasure—gold, diamonds, or perhaps even buried cash—floated in my head.

“Let's make this quick,” Sam moaned. “My mother needs me to run to the grocery store.”

Heavy rains in the area eroded the entrance during the past week so I found the descent into the cave more difficult due to the smooth surface. Sam held the rope tight and I slid on my rear all the way to the site of the collapse. As soon as I reached the wall I jammed the flashlight into a nearby crevice. The light played over the wall and fell on a hole which—as soon as I saw it—made me realize that I would no longer need the hammer.

A ten foot high opening had been bored in the rock wall. The hole was approximately ten feet high and about four feet wide but its edges were smooth, like they had been eroded by centuries of running water.

“What in the world?” I whispered.

I pulled the flashlight from the crevice and created more slack in the rope. Moving through the opening cautiously, I continued another ten feet before coming upon a faint light illuminating the path ahead. The path curved in the distance which concealed the source of the light. Fueled by curiosity and frustration I plodded ahead. I wasn't about to let someone else steal my glory.

I switched the flashlight off and continued along the path. My footsteps as well as my heavy breathing ricocheted off the walls, creating an orchestra of sound that made it difficult to be discreet. Before I reached the bend a faint tapping sound, similar to the rapping of a hammer against sheet metal, broke the silence. My unknown spelunking adversary was still here and working on something.

I crouched low and inched closer. Fortunately I no longer had to worry about being stealthy, because the strange banging drowned out the sounds of my footfalls. I turned the corner just as the rapping stopped, freezing me in place and blanketing the cave in silence. Water dripped off of the limestone, and rained tiny droplets on my cheek. I reached up and flicked them away before the silence was broken by an eerie, humming sound.

Around the corner the path widened into a large underground cavern highlighted by a small pool in the corner of the room. The pool reflected the light source, casting off a greenish-blue aura. It reminded me of underground lakes I had read about in textbooks.

The object in the center of the room grabbed my attention. It resembled a buoy similar to those floating in the ocean. One difference, however, was the large television screen mounted on top of the one in front of me. The flat screen was about four inches thick but five feet wide, which would qualify it to be the world's largest iPad.

A figure hunched over the front of the assembly and frantically worked on the screen. When he turned to fidget with a valve, his silhouette erased any concerns I had of a rival spelunker stealing my glory. At first it appeared he was eating something, but I soon realized the “food” was actually a set of tentacles extending below his chin.

My mouth dropped open in dawning horror while my mind tried to process the scene. It was as if a mad scientist took an octopus and placed it on a human body, in some insane experiment to create an aquatic version of Frankenstein. The creature stood over eight feet tall and the three tentacles sat in a way that made it appear as if the creature had some kind of crazy beard. He continued to fidget with the TV screen, unaware of my presence. The hands working the machinery were human-like, but with three fingers on its hands. The skin of the creature, illuminated by the large spotlight in the center of the room, was a denim-blue color like someone with poor blood circulation.

My brain refused to process the images my eyes were trying to force feed it. I was no longer concerned about discovery credit and my focus switched to my personal safety as I backed carefully out of the cavern. Before I could turn to make a run for it a flat rock collapsed beneath my sneaker, sinking into the limestone floor. A high-pitched squealing alarm pierced my skull and reverberated off the cavern walls, causing me to drop to the ground and cover my ears. I fell hard on my rear, swearing silently that I broke my coccyx (sometimes referred to as the butt bone) and had no choice but to stare helplessly at the creature as it swung towards me.

It hissed like a snake and its chin-beard waved menacingly as it approached me. Due to his size and my precarious position, I found myself focused on its legs. They were thick and elephantine all the way to the feet but instead of toes, the alien had small tentacles, allowing the creature to grip the floor as it walked. The revolting, sucking sound of its feet smacking off of the limestone floor caused my heart to park in my throat which, looking back, was a good thing because it blocked the bile attempting to escape my gut. Instead of puking on myself I gagged and watched helplessly as it lumbered over to me and looked down unpleasantly. I hoped his look was anything but hunger.

The creature wore something like a scuba suit without the helmet, and it glistened as if he just emerged from the pool in the corner. It slipped a three-fingered appendage into the folds of its suit and retrieved something that looked a switchblade. I couldn't see it clearly, though, because his huge frame blocked the light in the room. It pushed a button but instead of a blade, a twelve inch long light extended from it, making a popping sound like a cork from a wine bottle. I would have laughed at the absurdity of it all, but my face was a frozen mask of fear. The creature reached over and sliced through my lifeline with ease.

“Hey, the rope gave out. Are you OK?” I heard Sam call out. Even though he was no more than forty yards from my location, at that point in time he might as well have been forty miles away. I was too frozen in fear to respond.

The beast looked toward the source of the voice and I prayed that Sam would stay put. The creature grunted and picked me up by the tattered rope ring before I had a chance to react. Its dark, beady eyes bored into my soul and he held me up like a snagged fish. Withdrawing a syringe—one that looked bigger than any I had ever seen—he held it in front of my face. Instead of a vial it contained an empty hour glass, surrounded by a gold-colored metallic sheath. At the end of the hourglass sat a four inch needle point that shimmered like water reflected by moonlight. The beast hesitated briefly and the needle dangled ominously in front of my eyes. I wished more than anything that I could close them but my facial muscles were paralyzed with fear.

I started to think he second-guessed his decision to stab me but then he plunged the needle into my arm. Oddly, I felt no pain, only a warm tingling sensation. Slipping through the skin uninhibited, the wet sensation spread across the site of the injection. A clucking sound escaped from the creature's throat as it moved in to look closer.

I started to lose consciousness and tried to call out to Sam, but the only sound that came out was a choked gasp. My tongue became ten times too big for my mouth and my throat felt like I had gargled with sand. Darkness enveloped me as I slipped from consciousness.

This is Nathan Chambers, signing off
.