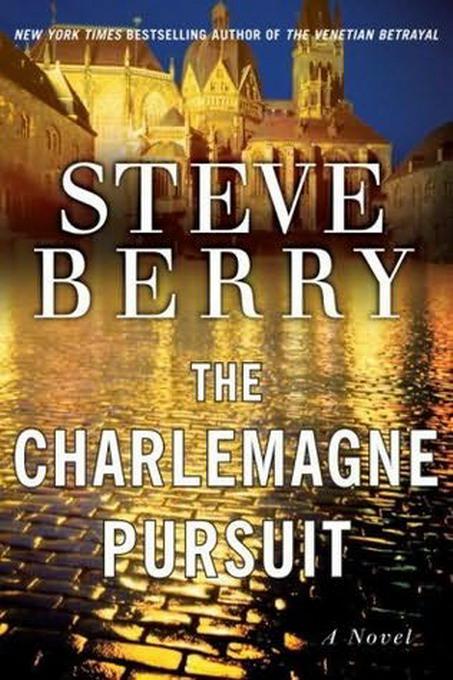 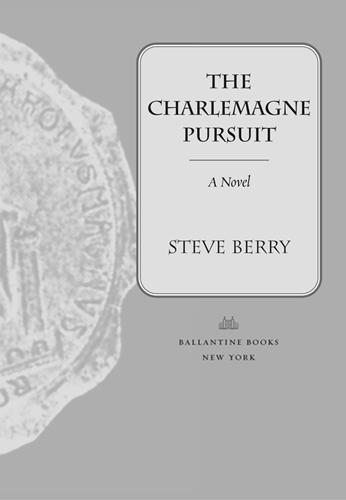 Study the past, if you would divine the future.
—C
ONFUCIUS

The Ancient Masters were subtle, mysterious, profound, responsive. The depth of their knowledge is unfathomable.

Because it is unfathomable, all we can do is describe their appearance. Watchful, like men crossing a winter stream.

He that troubleth his own house shall inherit the wind.
—P
ROVERBS
11:29

With each book I’ve recognized all of the wonderful folks at Random House. I make no exception now. So to Gina Centrello, Libby McGuire, Cindy Murray, Kim Hovey, Christine Cabello, Beck Stvan, Carole Lowenstein, and everyone in Promotions and Sales—a heartfelt and sincere thanks. Also, a bow to Laura Jorstad, who has copyedited all of my novels. No writer could ask for a better group of professionals to work with. You’re all, without question, the best.

A special thanks to the friendly people in Aachen, who answered my persistent questions with great patience. With long-overdue thanks, I want to mention Ron Chamblin who owns the Chamblin Bookmine in Jacksonville, Florida, where, for years, I’ve performed the majority of my research. It’s an amazing place. Thanks, Ron, for creating it. And a nod to our Aussie Mum, Kate Taperell, who offered her keen insight into how folks talk Down Under.

Finally, this book is dedicated to my agent, Pam Ahearn, and my editor, Mark Tavani. In 1995 Pam signed me as a client, then endured 7 years and 85 rejections before finding us a home. What patience. Then there’s Mark. Such a chance he took on a crazy lawyer who wanted to write books.

But we all survived.

I owe Pam and Mark more than any one person could ever repay in a lifetime.

His gaze raked the active dials, gauges, and thermometers. In the tiny conn the helmsman sat to his right, the planesman squeezed in on the left. Both men kept their hands locked on control sticks. Power flickered on and off.

The submarine lurched in the water.

“Captain, report from reactor room. Circuit breaker has blown on one of the control rods.”

He knew what had happened. The safety mechanisms built into the temperamental thing had automatically dropped the other rods—the reactor had scrammed, shut itself down. Only one possible course of action. “Switch to batteries.”

Dim emergency lights came on. His engineering officer, Flanders, a neat and deliberate professional on whom he’d come to depend, stepped into the conn. Malone said, “Talk to me, Tom.”

“I don’t know how bad it is or how long it’s going to take to fix, but we need to lighten the electrical load.”

They’d lost power before, several times in fact, and he knew batteries could provide temporary power for as long as two days provided they were careful. His crew had trained rigorously for just this kind of situation, but once a reactor scrammed the manual said it had to be restarted within an hour. If more time passed, then the boat had to be taken to the nearest port.

And that was fifteen hundred miles away.

“Shut down everything we don’t need,” he said.

“Captain, it’s going to be hard holding her steady,” the helmsman noted.

He understood Archimedes’ law. An object that weighed the same as an equal volume of water would neither sink nor float. Instead it would remain level at neutral buoyancy. Every sub functioned by that basic rule, kept underwater with engines that drove it forward. Without power, there’d be no engines, no diving planes, no momentum. All problems that could easily be alleviated by surfacing, but above them wasn’t open ocean. They were pinned beneath a ceiling of ice.

“It was noticed earlier, but with the power down they request permission to shut a valve to stop the leak so a hose can be replaced.”

Logical. “Do it. And I hope that’s the end of the bad news.” He turned toward the sonar tech. “Anything in front of us?”

Submariners all took their cues from others who’d sailed before them, and those who’d first fought frozen seas passed down two lessons. Never hit anything frozen if you don’t have to and, if that’s not possible, place the bow to the ice, push gently, and pray.

“Starting to drift,” the helmsman said.

“Compensate. But go easy on the power.”

The sub’s nose suddenly pitched down.

“What the hell?” he muttered.

“Stern planes have gone to full dive,” yelled the planesman, who rose to his feet and pulled back on the control stick. “I can’t get them to respond.”

The man fled the sonar station and rushed to assist. The downward angle increased. Malone gripped the plotting table as everything that wasn’t attached tumbled forward in a wild avalanche.

“Beyond forty five degrees,” the helmsman reported. “Still on full dive. Not working.”

Malone gripped the table harder and fought to maintain his balance.

The depth indicator changed so fast the numbers blurred. The boat was rated to three thousand feet, but the bottom was coming up fast and the outside water pressure was rising—too much, too fast, and the hull would implode. But slamming into the seabed in a powered dive wasn’t a pleasant prospect, either.

Only one thing left to do.

“All back emergency. Blow all ballast tanks.”

The boat shook as machinery obeyed his command. Propellers reversed and compressed air thundered into tanks, forcing water out. The helmsman held tight. The planesman readied himself for what Malone knew was coming.

The bow angled upward, then leveled.

The planesman responded to his command.

“How far to the bottom?”

Malone’s gaze shot to the depth indicator. Twenty-four hundred. The hull groaned from the strain, but held. His eyes locked on the
OPENINGS
indicators. Lights showed all valves and breaches closed. Finally, some good news.

The advantage of this sub over all others was its ability to rest on the ocean floor. It was just one of many specialized traits the design possessed—like the aggravating power and control system, of which they’d just experienced a graphic demonstration.

The sub settled on the bottom.

Everyone in the conn stared at one another. No one spoke. No one had to. Malone knew what they were thinking.
That was close.

“Do we know what happened?” he asked.

“Engine room reports that when that valve was closed for repair, the normal and emergency steering and dive systems failed. That’s never happened before.”

“Could they tell me something I don’t know?”

“The valve is now reopened.”

He smiled at his engineer’s way of saying,
If I knew more I’d tell you.
“Okay, tell them to fix it. What about the reactor?”

“Still down,” his executive officer reported.

That hour for restart was fast expiring.

“Captain,” Blount said from the sonar station. “Contact outside the hull. Solid. Multiple. We seem to be nestled in a boulder field.”

He decided to risk more power. “Cameras and outside lights on. But this will be a quick look-see.”

The video displays sprang to life in clear water speckled with glistening bits of life. Boulders surrounded the sub, lying at angles across the seabed.

He noticed it, too. “They’re not boulders. They’re blocks. And large ones. Rectangles and squares. Focus in on one.”

Blount operated the controls and the camera’s focus tightened on the face of one of the stones.

Markings marred the rock. Not writing, or at least nothing he recognized. A cursive style, rounded and fluid. Individual letters seemed grouped together, like words, but none he could read.

“It’s on the other blocks, too,” Blount said, and Malone studied the remaining screens.

They were engulfed by ruin, the pieces of which loomed like spirits.

“Shut down the cameras,” he said. At the moment power, not curiosities, was his main concern. “Are we okay here, if we sit still?”

“We settled in a clearing,” Blount said. “We’re fine.”

An alarm sounded. He located the source. Electrical panels.

“Captain, they need you forward,” yelled his second in command over the squelch.

He scrambled from the conn and hustled toward the ladder that led up into the sail. His engineer was already standing at its base.

He felt heat and his eyes locked on the decking. He bent down and lightly touched the metal. Hot as hell. Not good. One hundred fifty silver-zinc batteries lay beneath the decking in an aluminum well. He’d learned from bitter experience that their makeup was far more artistic than scientific. They constantly malfunctioned.

An engineer’s mate worked four screws that held the decking in place, freeing them one by one. The cover was removed, which revealed a churning storm of boiling smoke. Malone instantly knew the problem. Potassium hydroxide fluid in the batteries had overflowed.

The deck plate was slammed back into place. But that would buy them only a few minutes. The ventilation system would soon disperse the acrid fumes throughout the boat and, with no way to vent the poisonous air, they’d all be dead.

He raced back to the control room.

He didn’t want to die, but their choices were rapidly diminishing. Twenty-six years he’d served on subs—diesels and nukes. Only one in five recruits made it into naval submarine school where physical exams, psychological interviews, and reaction times tested everyone to their limits. His silver dolphins had been pinned on by his first captain, and he’d bestowed the honor to many others since.

So he knew the score.

Strangely, only one thought filled his mind as he entered the conn and prepared to at least act like they had a chance. His boy. Ten years old. Who would grow up without a father.

I love you, Cotton.