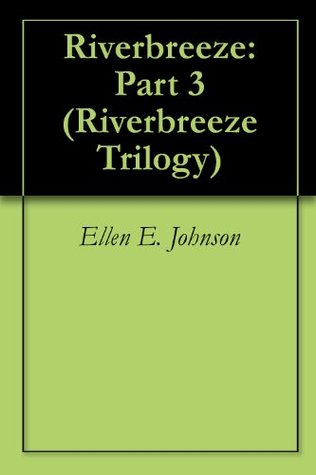 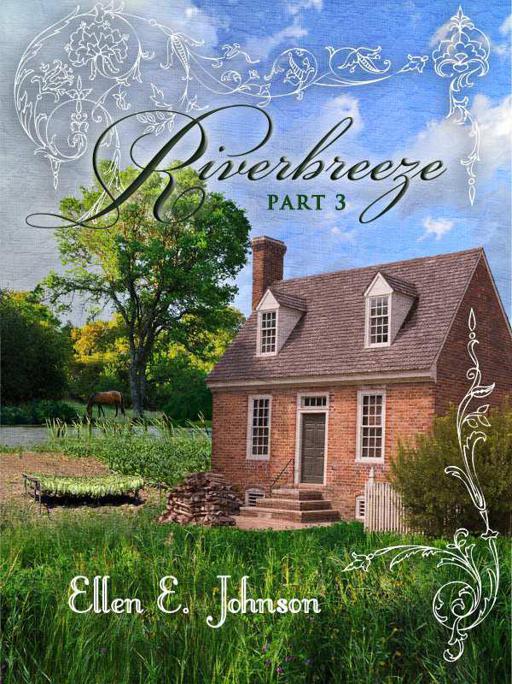 Smashwords Edition
This eBook is licensed for your personal enjoyment only. This eBook may not be re-sold or given away to other people. If you would like to share this book with another person, please purchase an additional copy for each recipient. If you’re reading this book and did not purchase it, or it was not purchased for your use only, then please return to Smashwords.com and purchase your own copy. Thank you for respecting the hard work of this author.

All rights reserved. No part of this book may be used or reproduced in any manner whatsoever without written permission, except in the case of brief quotations embodied in critical articles or reviews. Please do not participate in or encourage the piracy of copyrighted materials in violation of the author’s rights. Purchase only authorized editions.

We hope you enjoyed the
Riverbreeze
three part series.

The ship rolled on the choppy sea and he clutched the railing until his hands ached. He watched, sick at heart, the beloved land of his birth fade away in the distance. Lizard’s Point, the most southerly tip of England, was his last sight of land and then there was only the water and the sky; and he wanted to cry.

He would probably never see England again or walk on her vibrant green pastures, breathing in the sweet scent of blackberry blossoms or wild poppies. He would never forgive those Cromwellian bastards for invading his ancestral home, nor would he ever forget. He had vowed revenge, but deep down he doubted that that would ever happen. He was a realist and he knew he would probably never return.

After the army had left, after they had stolen everything—well, maybe not everything, for he had planned ahead—but close to everything: his household possessions, his horses, his sheep, even the trees on the property and after they had set the place on fire, he and a few servants had crawled to the garden shed to recover.

Months before, when he had heard of the army’s looting forays, he had buried a small chest with his mother’s jewels, his grandfather’s medals and about a hundred pounds sterling deep under the floor of the shed. The money had paid for his passage and his housekeeper’s, the woman who had stayed by his side and nursed him back to health.

She came to stand next to him at the railing. “I’m frightened, sir.” She said, clutching her shawl to keep it from flapping in the brisk sea breeze.

He looked at her plain face, her cheeks pink from the wind. She would make a favorable traveling companion, but once in Virginia he would give her a coin or two and send her away. He had plans to find himself a wealthy widow or a fresh, young daughter of a nobleman like himself. A commoner like her was only good for one thing.

He put his arm around her shoulder and pulled her against him. “There’s no need to be afraid. I’ll protect you.” He said.

“Thank you, sir.” I do appreciate your bringing me with you.”

“How could I leave you behind for those animals when you stayed with me and cared for me?”

“It was my pleasure, sir.” She said. Her cheeks turned even pinker.

He patted her shoulder and hugged her closer, pretending to care for her. But in truth, he didn’t. She was just a servant.

He looked out across the water, squinting at the hazy sun, as if he could catch a last glimpse of England. The sails snapped in the wind, the boat timbers creaked and groaned and seamen sang as they tended to their duties. Profound sadness and despair almost
overwhelmed him, but he remembered that he was an Earl. He remembered that he had been a friend and supporter of King Charles and that he was a proud royalist. They would welcome him in Virginia; they would bring him into the fold. He would start anew and he was confident enough to think that he would succeed.

He would leave this land of turmoil and strife behind and with his name and his title, he would charm his way into high society. It will be so easy; he had grand plans and soon he would show everyone what a great man he was.

Ego restored, he whispered to his servitress. “Shall we retire to our bunk, my dear?”

“As you wish.” She answered shyly.

Seven weeks later, they landed in St. Mary’s City, Maryland. Gale force winds had blown them off course and for two days the little ship was battered and beaten and tossed up and down without any rigging to keep the ship steady. Finally when the weather cleared they were able to make some repairs and head towards land. They thought they were approaching Virginia only to be mistaken. It didn’t matter to the Captain, or to the sailors, or to many of the travelers, who all wanted to step on solid ground again where they could recover from the biggest fright of their lives.

But the Earl was highly frustrated. He didn’t want to linger in this fledgling colony of only nine years while the ship was refitted and victuals restocked. He wanted to start his life anew in Virginia!

But fortune smiled upon him as he disembarked. A small welcoming party waited on the dock despite their unexpected arrival. And a man all in black and with a terribly crooked nose singled him out. He said the Earl looked familiar; did they know each other? Had they met somewhere before? No! The Earl said rudely, shoving the man aside as he followed the group to the tavern.

But the man in black was persistent, exceedingly persistent, until the Earl finally answered the man’s questions and told him his name.

“Bassett?” The man in black questioned, shocked. “Are you related to a Robert Bassett or a Jamie Bassett?”

The Earl stopped short and stared at the man. “What do you know about these men?” He asked, his heart pounding from a rush of emotion. “Are they here in Maryland?”

“No, they live in Virginia; spoiled, arrogant sons of the devil, they are.” He sneered.

The Earl smiled. Taking the man’s arm, he said, “Come, I’ll buy you a drink at the tavern and you can tell me all about them.”

Chapter Thirty-six: A Day at the Muster

Elizabeth groaned. That husband of hers, what a punster.

For the next two weeks, Elizabeth was blissfully happy. Nothing could dampen her mood. Robert had told her he loved her, truly loved her. And she thought she might be pregnant. She couldn’t be positive yet—it was much too early—but she had a feeling.

A secondary reason for her happiness was that the Advent season and Christmas were approaching. After spending the last two years in miserable old London under the rule of Cromwell and his edict to ban all holiday celebrations, she was looking forward to the season of entertainments, weddings, dinners and celebrations. She didn’t even pay attention to Robert’s sour mood when he told her how everyone threw parties and socialized as if there were no tomorrow.

What an old stick in the mud he was! She teased him and wheedled him until he at last gave in, smiling and agreeing with her that it would be nice to visit with friends and relatives, especially for Robin.

She woke up every morning refreshed, happy and energized. After taking the dogs out for a brisk morning walk, she helped Abigail with breakfast, taking over the preparation of the corn cakes. By the fourth morning she declared herself a master and much to the household’s surprise, they agreed with her, enjoying the perfectly browned, fluffy cakes. (With the addition of the butter that they now had in abundance thanks to Robin’s inherited cow, the cakes were quite delicious.)

Lillian on Life by Alison Jean Lester
The Seventh Friend (Book 1) by Tim Stead
The Cornbread Gospels by Dragonwagon, Crescent
The Red Siren by Tyndall, M. L.
The Lonely Pony by Catherine Hapka
Forbidden by Pat Warren
Wolfe Wedding by Joan Hohl
The Day of Battle by Rick Atkinson
One Day and One Amazing Morning on Orange Street by Joanne Rocklin
Storming the Castle by Eloisa James