Read The Chemistry of Tears Online

The Chemistry of Tears 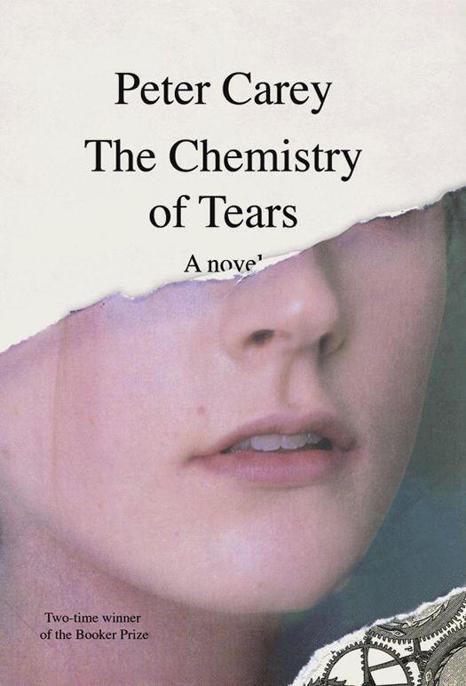 All rights reserved. Published in the United States by Alfred A. Knopf, a division of Random House, Inc., New York. Originally published in Great Britain by Faber and Faber Ltd., London.

Knopf, Borzoi Books, and the colophon are registered
trademarks of Random House, Inc.

This is a work of fiction. Names, characters, places, and incidents
either are the product of the author’s imagination or are used fictitiously.
Any resemblance to actual persons, living or dead, events,
or locales is entirely coincidental.

D
EAD, AND NO ONE
told me. I walked past his office and his assistant was bawling.

“What is it Felicia?”

What I heard was: “Mr. Tindall hurt his head.” I thought, for God’s sake, pull yourself together.

“Where is he, Felicia?” That was a reckless thing to ask. Matthew Tindall and I had been lovers for thirteen years, but he was my secret and I was his. In real life I avoided his assistant.

Now her lipstick was smeared and her mouth folded like an ugly sock. “Where is he?” she sobbed. “What an awful,
awful
question.”

I did not understand. I asked again.

“Catherine, he is dead,” and thus set herself off into a second fit of bawling.

I marched into his office, as if to prove her wrong. This was not the sort of thing one did. My secret darling was a big deal—the Head Curator of Metals. There was the photo of his two sons on the desk. His silly soft tweed hat was lying on the shelf. I snatched it. I don’t know why.

Of course she saw me steal it. I no longer cared. I fled down the Philips stairs into the main floor. On that April afternoon in the
Georgian halls of the Swinburne Museum, amongst the thousand daily visitors, the eighty employees, there was not one single soul who had any idea of what had just happened.

Everything looked the same as usual. It was impossible Matthew was not there, waiting to surprise me. He was very distinctive, my lovely. There was a vertical frown mark just to the left of his big high nose. His hair was thick. His mouth was large, soft and always tender. Of course he was married. Of course. Of course. He was forty when I first noticed him, and it was seven years before we became lovers. I was by then just under thirty and still something of a freak, that is, the first female horologist the museum had ever seen.

Thirteen years. My whole life. It was a beautiful world we lived in all that time, sw1, the Swinburne Museum, one of London’s almost-secret treasure houses. It had a considerable horological department, a world-famous collection of clocks and watches, automata and other wind-up engines. If you had been there on 21 April 2010, you may have seen me, the oddly elegant tall woman with the tweed hat scrunched up in her hand. I may have looked mad, but perhaps I was not so different from my colleagues—the various curators and conservators—pounding through the public galleries on their way to a meeting or a studio or a store room where they would soon
interrogate
an ancient object, a sword, a quilt, or perhaps an Islamic water clock. We were museum people, scholars, priests, repairers, sand-paperers, scientists, plumbers, mechanics—train-spotters really—with narrow specialities in metals and glass and textiles and ceramics. We were of all sorts, we insisted, even while we were secretly confident that the stereotypes held true. A horologist, for instance, could never be a young woman with good legs, but a slightly nerdy man of less than five foot six—cautious, a little strange, with fine blond hair and some difficulty in looking you in the eye. You might see him scurrying like a mouse through the ground-floor galleries, with his ever-present jangling keys, looking as if he was the keeper of the mysteries. In fact no one in the Swinburne knew any more than a part of the labyrinth. We had reduced our territories to rat runs—the routes we
knew would always take us where we wanted to go. This made it an extraordinarily easy place to live a secret life, and to enjoy the perverse pleasure that such a life can give.

In death it was a total horror. That is, the same, but brighter, more in focus. Everything was both crisper and further away. How had he died? How
could
he die?

I rushed back to my studio and Googled “Matthew Tindall,” but there was no news of any accident. However my inbox had an email which lifted my heart until I realized he had sent it at 4 p.m the day before. “I kiss your toes.” I marked it unread.

There was no one I dared turn to. I thought, I will work. It was what I had always done in crisis. It is what clocks were good for, their intricacy, their peculiar puzzles. I sat at the bench in the workroom trying to resolve an exceedingly whimsical eighteenth-century French “clock.” My tools lay on a soft grey chamois. Twenty minutes previously I had liked this French clock but now it seemed vain and preening. I buried my nose inside Matthew’s hat. “Snuffle” we would have said. “I snuffle you.” “I snuffle your neck.”

I could have gone to Sandra, the line manager. She was always a very kind woman but I could not bear anyone, not even Sandra, handling my private business, putting it out on the table and pushing it around like so many broken necklace beads.

Hello Sandra, what happened to Mr. Tindall, do you know?

My German grandfather and my very English father were clockmakers, nothing too spectacular—first Clerkenwell, then the city, then Clerkenwell again—mostly good solid English five-wheel clocks—but it was an item of faith for me, even as a little girl, that this was a very soothing, satisfying occupation. For years I thought clockmaking must still any turmoil in one’s breast. I was so confident of my opinion, so completely wrong.

The tea lady provided her depressive offering. I observed the anticlockwise motion of the slightly curdled milk, just waiting for him, I suppose. So when a hand did touch me, my whole body came unstitched. It felt like Matthew, but Matthew was dead, and in his
place was Eric Croft, the Head Curator of Horology. I began to howl and could not stop.

He was the worst possible witness in the world.

Crafty Crofty was, to put it very crudely, the master of all that ticked and tocked. He was a scholar, a historian, a connoisseur. I, in comparison, was a well-educated mechanic. Crofty was famous for his scholarly work on “Sing-songs” by which is meant those perfect imperial misunderstandings of oriental culture we so successfully exported to China in the eighteenth century, highly elaborate music boxes encased in the most fanciful compositions of exotic beasts and buildings, often placed on elaborate stands. That was what it was like for members of our caste. We built our teetering lives on this sort of thing. The beasts moved their eyes, ears and tails. Pagodas rose and fell. Jewelled stars spun and revolving glass rods provided a very credible impression of water.

I bawled and bawled and now I was the one whose mouth became a sock puppet.

Like a large chairman of a rugger club who has a chihuahua as a pet, Eric did not at all resemble his Sing-songs, which one might expect to be the passion of a slim fastidious homosexual. He had a sort of hetero gung-ho quality “metals” people are expected to have.

Hush? He was not rough with me but he got his big hard arm around my shoulder and compelled me into a fume cupboard and then turned on the extractor fan which roared like twenty hairdryers all at once. I thought, I have let the cat out of the bag.

The cupboard was awfully small, built solely so that one conservator might clean an ancient object with toxic solvent. He was stroking my shoulder as if I were a horse.

“We will look after you,” he said.

In the midst of bawling, I finally understood that Crofty knew my secret.

I thought, I’ve betrayed us. I thought, Matthew will be pissed off.

“Meet me at the greasy spoon,” he said. “Ten o’clock tomorrow? Across the road from the Annexe. Do you think you can manage that? Do you mind?”

“Good.” He beamed and the creases around his mouth gave him a rather catlike appearance. He turned off the extractor fan and suddenly I could smell his aftershave. “First we’ll get you sick leave. We’ll get through this together—I’ve got something for you to sort out,” he said. “A really lovely object.” That’s how people talk at the Swinburne. They say object instead of clock.

I thought, he is exiling me, burying me. The Annexe was situated behind Olympia where my grief might be as private as my love.

So he was being kind to me, strange macho Crofty. I kissed him on his rough sandalwood-smelling cheek. We both looked at each other with astonishment, and then I fled, out onto the humid street, pounding down towards the Albert Hall with Matthew’s lovely silly hat crushed inside my hand.

I ARRIVED HOME STILL
not knowing how my darling died. I imagined he had fallen. He had hit his head. I hated how he always tipped back on his chair.

Now there would be a funeral. I tore my shirt in half, and ripped the sleeves away. All night I imagined how he had died, been run over, squashed, knifed, pushed onto the tracks. Each vision was a shock, a rip, a cry. I was in this same condition fourteen hours later when I arrived at Olympia to meet with Eric.

No one loves Olympia. It is a hateful place. But this was where the Swinburne Annexe was, so this was where I would be sent, as if I was a widow and must be burned alive. Well, light the leaves and pyre wood, I thought, because nothing could hurt more than this.