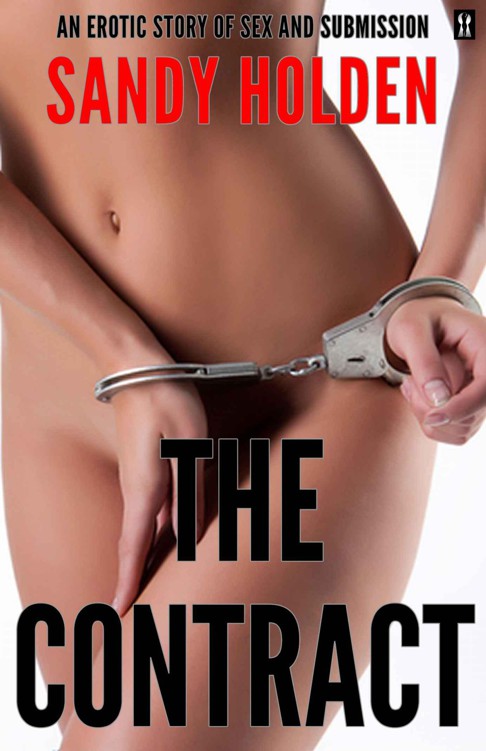 “Another driving piece of erotica.”

All rights reserved. No part of this publication may be reproduced, stored in a retrieval system, or transmitted, in any form or by any means, internet, electronic, mechanical, photocopying, recording or otherwise, without the prior permission of the owner.

This eBook is licensed for your personal enjoyment only. This eBook may not be re-sold or given away to other people. If you would like to share this book with another person, please purchase an additional copy for each reader. If you’re reading this book and did not purchase it, or it was not purchased for your use only, then please return and purchase your own copy. Thank you for respecting the hard work of this author.

All characters appearing in this work are fictitious. Any resemblance to real persons, living or dead, is purely coincidental. No responsibility or liability is assumed or accepted by the author for any claimed financial losses and/or damages sustained to persons from the use of the information in this publication, personal or otherwise, either directly or indirectly. While every effort has been made to ensure reliability and accuracy of the information within, all liability, negligence or otherwise, from any use, misuse or abuse of the operation of any methods, strategies, instructions or ideas contained in the material herein, is the sole responsibility of the reader. By reading past this point you are accepting these terms and conditions.
Table Of Contents

Okay, so I owed some money.  BFD, right?  It’s not like my parents don’t have it, and it isn’t like the stores will go bankrupt if they don’t get their money this month.  Mom and Dad totally went traitor on me something like six months ago, saying they weren’t going to give me any more money than the lump sum I got from Aunt Linda.  But Linda’s money hardly lasted at all.  I started getting these rude calls, and Mom and Dad went on a fucking cruise and wouldn’t answer my calls.  I refused to ask for money from my friends—they would freeze me like the poor scum I am.  I was going to be homeless and they didn’t even care.

I was forced to do all these nasty things like sell my stuff—even my clothes and shoes.  But that didn’t really put much more than a tiny dent in it.  I remember the day they told me I had to get out of the apartment for nonpayment.  I was now an official poor person.  I didn’t have much left anymore and hadn’t gotten any of the jobs I’d tried for.  Hello?  Like anyone ever showed me how to write a resume?  So all that was left for me was to turn into one of those crazy shopping cart women who live under bridges.  I was seriously freaking out thinking suicide might be a better option than living that way.  I think suicide is totally lame so it shows you how I was scraping the bottom here.

My suicide thoughts were stalled when a card was slid under my door.

I rose and went over to look out the door but didn’t see anyone.  Probably a last dire warning to pay or die.  Yeah, well, I was trying to work out the dying part so just give me a minute.

As I opened the heavy paper to reveal this letter, I realized life could get weirder.

Let me introduce myself.  I am a man who likes having my own way in whatever it is I do.  One problem with this is finding a woman who is flexible enough to deal with me no matter what I require.  I’ve seen you at several social gatherings and thought the two of us might be able to help each other.

I propose an agreement.  I will pay your debts as well as give you a small monthly allowance in return for your companionship.  Consider my offer and if you are willing, call the number at the top of the letter.  We can decide the fine details then. You will know, of course, that, although this contract cannot be held up in court I have my own ways of assuring compliance.  You may know what happens to people I don’t like or feel have wronged me.

The letter was signed,

Oh, yeah.  Let me right into that you perv.  I tossed the letter away but my eyes kept sneaking back to it.  Because I, like everyone else on the planet, had heard of Cray.  Cray was the wonderboy of the cyberworld and blah blah blah.  He was stinking rich and had a reputation of being a total asshole.  I mean, like shoving nuns kind of rude.  He just did whatever he felt like and that was it.  And I didn’t want to be around someone like him.  No fucking way.

Because the homeless dudes I was going to be rubbing elbows with were bound to be so much cooler.

All my debts erased.

My furniture was long gone and I was sitting on the floor, so it was easy to slowly crawl over—my furniture was long gone—and picked up the note and read it again, and again.  He was such a jerk!  Truth is, my friends and I didn’t really talk to him at the rare functions where we did meet.  Did this have something to do with that?  It stuck in my craw to even have to dial the phone—oh shit.

My phone was going to be turned off any minute.  Without thinking (my preferred way of getting through life) I called the number.  A woman answered and I almost hung up.  “Umm, I’m looking for Cray?”

The woman said, “May I have your name?”

“Of course Miss Case, I’ll put you right through.”

There was another ring and then there he was.  Cray.

His voice was deep but impatient.  “Miss Case, have you decided to accept my offer?”

Be nice.
I warned myself.  “I had a few questions.”

“And they are?”  He sounded utterly bored.

Cray said slowly, “You sound like you haven’t been educated past the ninth grade.”

“Yeah? And you sound like you have a stick up your ass.”  Well, shit.  I guess that little comment meant I was back to living under bridges.

“Do I now?  There is a contract that stipulates six months.”

I couldn’t believe the ass comment hadn’t blown the deal. “Can I see the contract? And uh, you aren’t going to like peel off my skin and make a dress, are you?”

There was a slight pause.  “I hadn’t planned on it, no.  Look, simply make up your mind.  Come here tomorrow if you want to be my,” here he paused, “companion for the next six months or continue your rather unique life.  Now, any other questions?”

Now his voice deepened with what I thought might be either evil or amusement.  “Alyssa, you will do whatever I want.”  And he hung up.

Wearing my one good outfit I hadn’t sold, I walked into Cray Systems on four inch Christian Louboutin shoes with the classic red strip inside the spiked heel.  My suit was a Donna Vinci and had just that touch of red that tied in the shoes.  Unfortunately the big canvas backpack rather ruined the look.

The receptionist gave the backpack a neutral look and said in a bored voice, “Mr. Cray is out of the office today and not available for calls.  What is your reason for speaking to him?”

I was stunned.  He’d told me…was it just some sick joke?  Had the person on the phone been some imposter?  I’d known it was just too bizarre to be true.  I’d heard he was a monster, but to contact me in order to throw me a bone that was apparently made of thin air?  That was above and beyond.  I’d never really had contact with him before, although we had both been at the same social event a time or two.  There was nothing I’d done to deserve this kind of cruelty.  Or was he just that horrible?

“Miss, if you are not able to leave the lobby on your own, security would be pleased to help you,” the woman who might or might not worship Satan said.

Now the receptionist was looking at me skeptically.  “Do you have ID?”

I was forced to fumble through my backpack for my driver’s license.  I showed it to the receptionist.  “I don’t know,” the woman said, “this picture doesn’t really look like you.”

Her phone trilled.  She stared at it and then lifted it slowly.  “Yes sir?”  Her eyes cut to Alyssa as she listened.  “She’s here now.”  More listening, and a few more “yes sirs.”

A woman near the receptionist stood and took the woman’s seat as the previously snooty woman said, “Would you like me to get your pack for you?”

I hefted what were now all my worldly possessions onto my shoulder.  It used to be that I’d had so many shoes alone that I couldn’t have carried them all.  Now I had a pair of Keds and the ones I was wearing.  Thinking about that made a little shiver run down my spine.

The trip to his office wasn’t difficult—one elevator went directly to the top, to his office.  We stepped out on thick carpet and through a door and there he was: Gregory Evan Cray.

Cray looked to be somewhere in his mid thirties—young to be so famous.  He hadn’t come from money, and what he built he had built himself.  He had dark brown hair cut short, a face that had enough planes and angles to be called severe, and a lithe body free from any sort of bulge.

He looked at me for several long seconds, then turned to the receptionist.  “Why was she detained?  You knew I expected her.”

“Um, sir, I thought she didn’t look like the kind of person—”

Cray said with cutting sarcasm, “Like the kind of person I’d meet with?  Like the kind of person named Alyssa?  Like an American?  Perhaps she didn’t look human.  I am surprised to find you screen my visitors so thoroughly seeing your previous job was simply to report them, not grade them.”  He paused, looking over her shoulder at a suited man.  “Get security to escort her out.”

The ex-receptionist began to sputter as Cray led me into his office and shut the door.  I looked up at him.  “You just fired her?”

“Yes, and for your future information, I don’t like to be questioned about the obvious.”

I just blinked up at him.  He was nearly a foot taller.  I felt like I had to hold my own in this meeting.  “Where’s the contract?”  My voice was cool.  Even though I was technically broke I could use the voice of the wealthy.

He almost smiled and gave the papers to me. “I assume you’d like your attorney to look at them?  Oh, no, of course.  No attorney for you.  Not anymore.  Sign them or don’t.  I have things to do.”

“Oh really?” I asked archly.  “Got a whole line of us scheduled for today?”

He simply handed me a pen.  Okay, I’m not stupid, and I knew it wasn’t a good idea to sign something I’d never read.  But what were we talking about?  Accompanying him to some parties?  Maybe out to dinner?  I could do those things standing on my head.