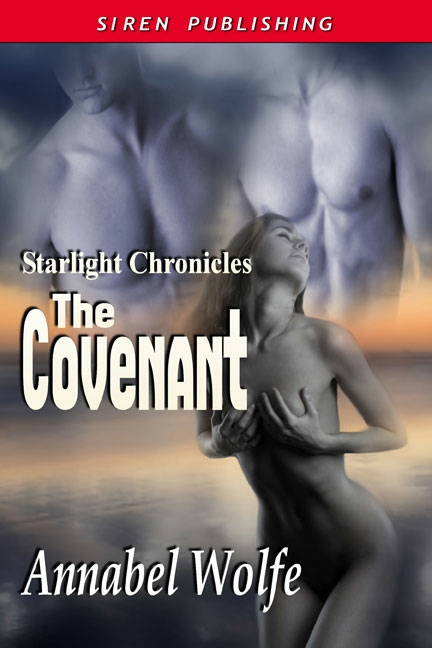 ABOUT THE E-BOOK VERSION:
Your non-refundable purchase of this

e-book allows you to
one
LEGAL
copy for your own personal use. It is

ILLEGAL
to send your copy to someone who did not pay for it.

Distribution of this e-book, in whole or in part, online, offline, in print or in

any way or any other method currently known or yet to be invented, is

copyright owner of this book.

All cover art and logo copyright © 2008 by Siren Publishing, Inc.

ALL RIGHTS RESERVED:
This literary work may not be reproduced or

transmitted in any form or by any means, including electronic or

photographic reproduction, in whole or in part, without express written

All characters and events in this book are fictitious. Any resemblance to

To Ms. Morgan. From one dear friend to another.

The request to switch to a military frequency was never a good sign.

align themselves in an unmistakable formation.

The pilot glanced over, his mouth set in a grim line. “I think someone

forgot to mention to me being escorted in by six fighters. They’re directing

us to a lock beam for docking. Last I knew my orders were to deliver a

couple of engineers to help repair an energy station. What the hell is going

“I don’t know.” Larik frowned and rubbed his jaw, apprehension

crawling up his spine. Rapt One had a reputation as a peaceful colony as far

as he’d been briefed, prosperous and powerful, and his assignment had

sounded simple enough. “I suppose it could be standard but it does seem a

slowing the craft to comply with the signals flashing on the response screen.

“It doesn’t make any sense. They know who we are.”

“Maybe the lieutenant knows something we don’t.”

“I think I’ll go ask.” Larik slid out of his seat and made his way toward

the back of the small craft. He was puzzled by the show of aggression from

millions of colonists. The governor had written the authorization himself.

failures, and had asked the Council for an expert outside assessment.

The lieutenant sat in the galley at a small table, a cup at her elbow and

her gaze fastened on a small reading device in her hand. She glanced up as

he entered, her fine brows drawing together as she registered his expression.

As usual, even with apparently six hostile craft hovering with weapons

pointed, he found it hard not to stare. She wore regulation dress uniform for

their arrival, the fitted tunic and trousers showing off nice curves beneath

the no nonsense style, and her glossy ebony hair pinned into a neat chignon.

parted under his intense regard.

He’d fantasized about her mouth lately, he had to admit. Actually, ever

since he’d met the engineer the military assigned to assist him, he’d had an

erection half the time, especially in the past two weeks since they’d left the

main ship and been on the transport in such close quarters. It was damned

much time together. She treated him with cool, professional indifference so

the frustration wasn’t his idea of fun.

He jerked his attention back to the present. “Any idea why our welcome

to Rapt One is a bit less than friendly? They’re not letting us dock but taking

us in themselves. To make sure we cooperate, they are making quite a

Aspen Thorne looked puzzled and shook her head. “No briefing to any

caught it. It was a little eerie to hear the pilot kill the thrusters so the small

craft could be drawn in. The lieutenant swore and grabbed her cup as it slid

to the edge of the table, narrowly missing getting the contents in her lap. “I

guess you aren’t kidding about the lock beam. I wonder what’s up.”

His cock, Larik thought in cynical amusement, but some of it wasn’t just

the gorgeous lieutenant but also the journey from Minoa. Abstinence had

The Covenant: The Starlight Chronicles 2

willing female. All planets with military based colonies had a ready supply

and he needed one.

“I suppose we’ll find out soon enough,” he commented as she rose. “I

think we’d better go prepare to dock. We’re supposed to meet with the

governor as soon as we disembark.”

She nodded and followed him back toward the passenger seats,

strapping in next to him. Moments later they were stationary, and before

long the silent swoosh of the doors lifting signaled their arrival.

“Armada, Lieutenant Thorne, do you see what I do?” York stood at the

door nearest the cockpit of the craft, his tall, lean body unnaturally rigid. He

their attire obviously full anti-contamination gear, from the huge helmets

and breathing apparatus to the all-body suits. That was bizarre enough, but

the loaded weapons pointed their way with unmistakable menace made him

One of them signaled for them to exit the transport. The dark-haired

young pilot muttered, “I don’t know about you two, but all that gear makes

me wonder if it’s a great idea to step outside. What do they not want to be

exposed to that is fine for us?”

I’ve seen so far, they seem to mean business.” Larik stepped past him and

went down the ramp, slightly lifting his hands in a universal signal of

surrender. Lieutenant Thorne went next, and Trey York followed along.

hallway through a door. Each were handed a bundle and pointed in the

direction of a series of what looked like small cubicles.

“They want us to change our clothes?” Aspen Thorne didn’t look too

enthusiastic about the lightweight garments, a simple pullover shirt and

loose fitting pants. “I’m beginning to really want an explanation over all of

talkative guards here, they aren’t going to give it.” Larik eyed one of the

figures, the man’s face obscured by not just the helmet but the breathing

mask over his mouth and nose. “I can’t really see we have a choice.”

stood out. Complying, Larik removed every item of clothing and then

slipped on the simple shirt and pants, leaving everything, including his

boots, in the bin provided.

Lieutenant Thorne emerged last, the tight set of her mouth showing her

displeasure and he could see why at once. The shirt provided left very little

to the imagination, the thin material molding to her full breasts and even

giving a pretty good idea of the dusky color of her nipples.

As he suspected, the lady had very nice tits.

Under his breath, York said, “I always wanted a better look at her set,

but this isn’t quite how I imagined it. The guys with the face masks kind of

take away from the moment.”

One of the guards lifted his weapon, pointing it at her head. Both Larik

other two escorts intercepted them. Shoved back, there was little they could

“I think he wants you to take down your hair.” Larik realized the

unspoken request with a rush of relief. “Give him the clip. I don’t think

we’re supposed to have anything we arrived with on us.”

“Oh.” She quickly slipped it free and handed it over. Shining dark hair

at once, not the neat military engineer with a business-like manner and cool,

aloof poise, but like a woman with tumbled tresses and that to die for body.

Only he really wasn’t interested in dying, Larik decided, eyeing the

Not in the least.

A small suite of utilitarian rooms with a main area, several places to sit,

and a functional galley awaited them. At the back, sleeping quarters with

narrow bunks lined up the walls, enough to sleep six individuals, plus an

extra larger bed in the corner. There was also a cleansing room, modern and

The Covenant: The Starlight Chronicles 2

sterile. The impersonal feel of it wasn’t exactly heartening and Aspen

bothered to explain their less than auspicious introduction to Rapt One.

Larik Armada dropped into a chair, his long legs carelessly extended, a

frown on his face. Like all S-species males, he was very tall and gifted with

an almost extraordinary handsomeness, his features symmetrical and

masculine, his thick blond hair rumpled where he’d run his hand through it..

including his sometimes less than reverent sense of humor. As a civilian he

attitude toward protocol could be a bit of a problem now and then.

Which was exactly why she was included on this mission. Armada’s

energy station all on his own. Aspen was along for the ride ostensibly to

The Actor and the Housewife by Shannon Hale
Aunt Dimity's Death by Nancy Atherton
Secrets: The Hero Chronicles (Volume 1) by Mettey, Tim
Catherine Kimbridge Chronicles 2: Redemption by Andrew Beery
Her Every Pleasure by Gaelen Foley
All In: (The Naturals #3) by Jennifer Lynn Barnes
The Dead Hamlets: Book Two of the Book of Cross by Peter Roman
A Reason to Kill by Jane A. Adams
The War That Came Early: The Big Switch by Harry Turtledove
A Hearth in Candlewood by Delia Parr