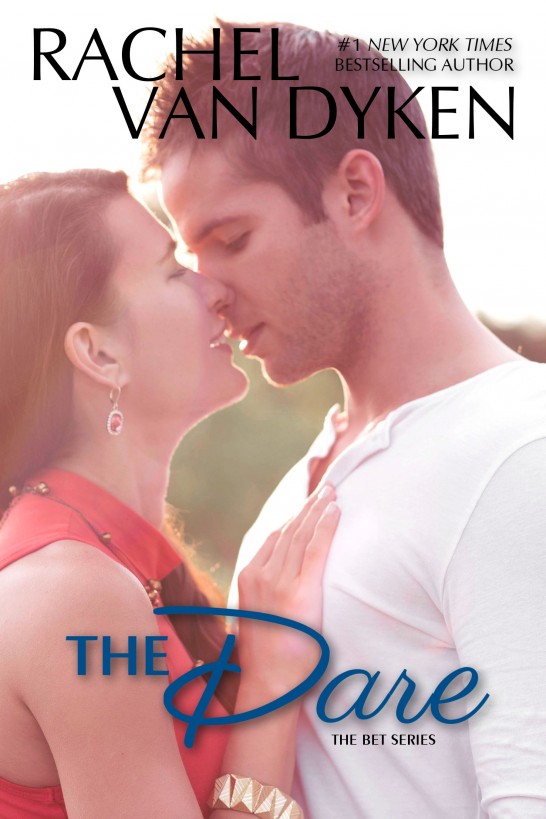 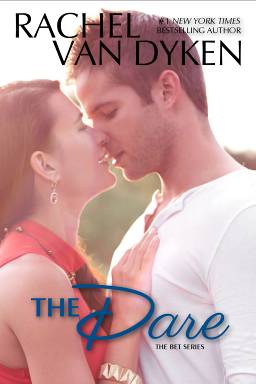 This is a work of fiction. Names, places, characters,
and events are fictitious in every regard. Any similarities to
actual events and persons, living or dead, are purely coincidental.
Any trademarks, service marks, product names, or named features are
assumed to be the property of their respective owners, and are used
only for reference. There is no implied endorsement if any of these
terms are used. Except for review purposes, the reproduction of
this book in whole or part, electronically or mechanically,
constitutes a copyright violation.

I pressed my hands against the sleek white
dress my mom had purchased for me. Char looked on, her eyes
skeptical as she eyed the dress and then my face.

"Are you sure he asked you?"

"Char!" I rolled my eyes. "For the second
time… yes, he asked me last week in biology class."

Like I would actually forget one of the
coolest moments of my teenage life. My crush had actually spoken to
me, and it wasn't even something stupid like asking me to do his
homework or pass a note to the hotter girl. It was because he'd
noticed me.

I knew the new clothes were paying off. It
was the only explanation. I'd traded my old jeans for new designer
ones and bought a few Abercrombie screen t-shirts.

"And you're sure?" Char's voice was
high-pitched, meaning she was stressed out.

"Why do you keep asking me that?"

Char twirled a piece of dark wavy hair in her
finger. "It's just that I could have sworn I heard that he was
going with Jessica."

"Well," I spritzed some perfume on my neck
and sighed, "you heard wrong. Now how do I look?"

Giddy, I clapped my gloved hands together.
Prom's theme was a black and white ball. My gown was a strapless
white Cinderella-like dress with glitter across the bodice, and my
gloves were black.

I couldn't contain my excitement. I was going
to prom with Brett Xander. Basically the hottest guy at my school.
He'd asked me! I mean, I wasn't a total nerd, but it wasn't as if I
was high on the totem pole either. I was valedictorian and the
president of the Future Business Leaders of America. But he'd
noticed me, he'd asked me, and yesterday when he'd called me to
finalize plans, I'd about died.

I ran down the stairs, nearly tripping on the
last one, before taking a deep breath and opening the door.

Licking my lips, I made a sound that sounded
a lot like a girlish sigh and offered my arm. I'd specifically told
my parents that if they as much as snapped one picture, I'd refuse
to get married and give them grandchildren. So they'd reluctantly
stayed in the study, allowing me this one moment, just for
myself.

"So, you ready?" Brett took my arm and began
walking me toward the waiting limo.

I was sighing again.

Unable to form a sentence, I nodded as he
opened the door. The plush leather seat beckoned me. Maybe I was
going to get my first kiss? Or a sip of wine? Or a
—

"Hey, Beth!" a chorus of voices sang out.

Huh? I dipped into the limo and nearly choked
on my tongue. Four girls were sitting demurely around, sipping
soda. Each of them from my biology class. None of them were
popular.Iif anything, they were less popular than me.

Confused, I looked to Brett for an answer,
but the door slammed in my face.

"He's not riding with us?" I asked,
full-fledged panic setting in.

"You're kidding, right?" One of the girls
laughed. "Brett Xander? With us? Breathing the same air? Um, no,
this is his good deed for the year. He was short a biology credit,
and it seems Miss Sims has a soft spot for all us girls and the
hard work we've had for our AP class. His extra credit was doing
something nice for the biology department, and since it's Brett
Xander, well, you can imagine what his
something nice
was."

"Nope." The same girl slurped her Mountain
Dew. "He picks us up in a limo, joins his girlfriend in the other
limo, and walks into the gym with us. But at least we each get a
dance with him. I mean, he is going to be Prom King, everyone says
so."

"Right." I licked my lips and debated whether
or not I should jump out of the limo, but just as I was reaching
for the door, the car started barreling down the road.

Suddenly, my dress felt too tight, and I felt
like an idiot. After all, what guy would want a super-geek
control-freak who had a preference for cats? Not Brett Xander. I
was kidding myself to think he would even look twice at me.

"Hey, you want a soda?" One of the girls
threw a Pepsi in my direction. I caught it but set it on the
seat.

"No, thanks." I left out the long lecture
about soda causing cancer and instead focused on my black gloves.
The same black gloves my mom had spent over thirty dollars on
because she was so excited I had a date.

I couldn't bail now. I couldn't go home and
tell them the truth.

I'd just have to be brave and smile. One
day.

One day, a guy hotter than Brett would notice
me. I'd make sure of it. I wouldn't be the crazy cat lady, or the
girl who went all through college without making out with at least
a few guys.

I just needed to find the right one.

One that wouldn't break my heart into a
million pieces.

One who wasn't too good-looking.

Scratch that. One who wasn't better looking
than me.

And someone I could trust.

So basically, I couldn't date a lawyer,
doctor, model, celebrity, or firefighter. And abatove all cost
—
I could never marry a
politician.

I mean, who would ever be that desperate?

"You've been charged with the kidnapping of a
United States senator. How do you plead?"

Grandma Nadine smirked. Amateurs. She winked
at the FBI agent and answered saucily, "Why, guilty, of
course."

My legs ached something fierce, my face was
smashed against a soft pillow that smelled a heck of a lot like a
rich politician, and I distinctly remembered eating at least three
cookies, or maybe it was four?

With a groan, I tried to move, but everything
in my body, not to mention my brain, told me it would be a
painfully terrible idea. I moved anyway.

Again, not my fault.

"What the hell?" A deep voice rumbled from
somewhere underneath me.

I closed my eyes.

"You can't close your eyes. I already know
you're awake."

"This is all a dream," I muttered, my voice
sounding scratchy and unfamiliar. "I'm a figment of your
imagination. Swear. In two seconds you're going to feel
—
"

"Shame," the voice said. "Isn't that what you
were going to say? Absolute mind-shattering shame?"

I opened my eyes. "What?" I should have left
them closed.

Really. It's the small things in life that
get you. Close your mouth. Close your eyes. Pretend you don't see
that. Crap. Some things just can't be forgotten.

Blond hair that fell just below his ears?

Officially stored into my permanent memory
until I died alone with all my cats.

"I was kidding." Mr. Sexy chuckled. "I just
thought I'd throw that in there to make you feel more
comfortable."

Right, because lying across a complete
stranger in nothing but a smile screamed
Hey, let's joke around.
I'm game
. I quickly grabbed at the sheet and pulled away,
kneeing the poor bastard in the process.

After a few expletives, his muscled body
moved away from my catastrophe to the other side of the bed. "You
can't tell anyone you know."

Right. Like I was really tempted to go to the
media about my current state of undress.

"About?" I tried to make my voice all
high-pitched and screechy like the stupid girls on TV. Basically, I
was playing dumb.

"Really?" He turned; a dimple peeked out from
the right side of his cheek as he eyed me with humor.

Hey, I didn't say I was good at playing dumb;
I was a chemist, for crying out loud! My version of playing dumb
was allowing the opposite sex the opportunity of pushing the
elevator button, in hopes that he'd get laid by being so
chivalrous. I believe it included twirling my hair and blinking
more than once.

Yeah, that was my game.

"Well…" I shrugged. "I should, uh, be going."
Why the heck couldn't I remember anything from the night before? I
never did this. I was so NOT that girl. I quickly grabbed my bra
from the floor, my bridesmaid dress from the chair
—
crap, and my heels from the bathroom, though they
looked like someone puked on them. Great, was that my puke? Did I
get drunk?

Sexy man-candy grabbed my arms, and that's
when it happened. No, not what you're thinking. Gosh, I wish it was
that easy: he grabs my arms, I swoon, fall into hopeless love, and
get married in Vegas the next day to Chris Hemsworth's
doppelganger.

Nope. Not my reality.

I don't sleep with guys.

Correction. I've never slept with a guy.
Ever. Never. Ever. Ever. Was that too many evers? Holy Batman and
Robin, was I starting to sweat? How unattractive could I make
myself to sex-god? And why the ever-loving hell was he entering
into my personal space.

I closed my eyes to summon the memories of
the previous night.

He'd grown up since I'd last seen him.
Correction, he'd grown into the type of man-candy that makes people
weep. I'd never told anyone about that night
—
the night he'd basically saved my soul from getting
crushed by the quarterback of our football team. Was this how I
thanked him? I'd met him once in my life. Once! Of all the dirty
politicians to fall into bed with, why did it have to be Jace?

The same Jace that Grandma Nadine had
convinced needed soothing after my sister broke his heart all over
the place.

Well, I'd soothed him all right. Pretty sure
Grandma didn't intend for me to seduce the groomsman then leave him
ASAP.

Sleeping with a politician basically made me
a whore.

Great, so I'd lost my virginity to a man
who'd one day be president. Monica Lewinsky and I should be
Facebook friends. Then again, I doubt she was a virgin if she and
Bill got all
—

"Yup." I nodded. "Loud and clear." I was so
going to hell for lying to his face.

"Great, so let's just pack everything
up."

Pack everything up? What? Like we had a sting
operation going on in this hotel room? What happened to the Jace
from high school? The one who'd rescued fair damsels and had ridden
a white horse?