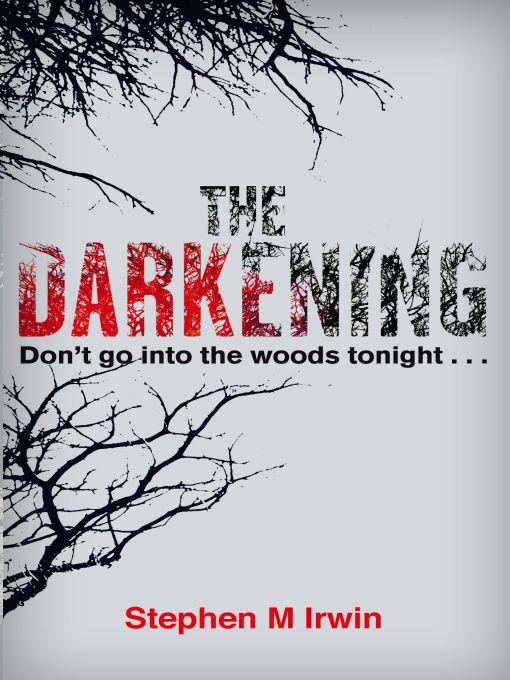 It drifted down slow as morning mist, settling white on brown, white on silver, white on white. It fell so thickly that Nicholas could see no more than a metre or so ahead. His hair, normally the colour of dry grass, was white with it. His hands on his hips, flecked coral, blood red and indigo, grew steadily paler as he stood in the steady downward wash of white. His eyes, the darkest part of him, were all that moved as he watched the figure above him. A ghost, swaying its arms to the milky sky, waving. Or a summoning angel. A spectral thing, unmindful of him.

He stared a long moment, then pulled off his earmuffs.

The snowfall thundered down, driven by the roar of an orbital sander. The machine’s electric hornet buzz so amplified by the soundbox of the ceiling that it seemed some lunatic was on the roof rolling an endless stream of rocks down the tiles. A stepladder was perched half-in and half-out of the bath, and atop it Cate strained upward as she sanded around the vent in the bathroom ceiling. Plaster dust was everywhere, making the small room a blizzard world of indeterminable size.

She imagined herself unseen, and the thought that he was watching her unedited self, her true self, pleased him. She attacked the ceiling in broad strokes that belied her size, swooping mightily over the plaster filler like a chef spreading dough or a shipwright planing planks. He watched the way her arm muscles moved under their geisha patina, the way her calves stretched. Her energy warmed him.

It was a gloomy Saturday afternoon. While Cate prepped the bathroom, Nicholas had been chiselling up tiles in the minuscule laundry. Because they worked in separate rooms, it was all the more enjoyable to come together, picking their ways through the battlefield of paint cans, balled drop sheets, takeaway curry containers holding limey water and soaking brushes, to find some clean little beachhead in the madness, wipe the dust off each other, kiss and encourage themselves that the renovations would indeed end and this would soon - God, please, soon! - be the sexiest little flat in Ealing.

The dumb sky outside grumbled darkly, making the small bathroom in false winter seem even cheerier.

A tearing sound, and Cate switched off the sander.

‘You effing . . . shit.’ Her lips pursed tight, as if fighting to dam a wild ocean of obscenities.

Nicholas tutted. ‘The language. It never fails to shock me.’

She turned to him - an albino alien, goggled and masked.

‘Funny boy. How long have you been skiving off there, pervert?’

Nicholas shrugged. ‘Why the foul mouth?’

Cate preferred not to swear, but that didn’t mean she wouldn’t. At a dinner party eighteen months ago, the host had asked Nicholas what date his and Cate’s wedding anniversary fell on and he had momentarily drawn a blank. In the car on the way home, Cate had described the moment as ‘fucking humiliating’. Delivered quietly in her round, wholesome vowels, the words cut with surprising efficacy. Less, for Cate, was more.

She lowered her dust mask and lifted her goggles, revealing skin almost as pale as the plaster dust. She climbed down off the ladder, over the bath, to the floor. She was small. She spread her arms wide. Without thinking, he stepped into them - a beautiful trap. She slapped her arms around his waist - thup! - releasing a huge cloud of white dust.

‘Sucka!’ she cackled, and stepped back to survey her handiwork: a huge white patch on his front and a belt of white powder around his waist. She grinned.

Nicholas shook his head in mock disgust. ‘You lured me. You used your body as bait and lured me.’

This time she closed them around him slowly, and they talked through their kiss.

‘How are you going?’

‘Lazy slag.’ Cate slapped his bum. ‘Get back to it. I’ll drive in and get some sandpaper.’

He felt her lips smile under his.

It was four years ago, in a flat like this on a rainy evening, that he’d met her. They’d talked for an hour, danced drunkenly and badly for ten minutes, and kissed - smiling and clicking teeth - until the hosts called them a cab and, with no small relief, sent them home together. Maybe that was why he so liked their little apartment: because it felt like Cate. New love, and lovely at it.

‘Be careful, bear,’ she said. ‘It sounds like rain outside.’ She patted his backside again and clambered up the ladder.

She was right: rain fell steady and chill.

Nicholas shoved his hands in his pockets and stumped towards the kerb. Their flat might end up being the sexiest in Ealing, but it would still be one without off-street parking.

He stopped and swore under his breath.

Their ’03 Peugeot was neatly trapped between a Yaris and the new neighbour’s newer Land Rover. Again.
He owns a truck capable of climbing Kilimanjaro
, thought Nicholas,
but still catches cabs to get to Hounslow
. But he was in a good mood and didn’t want it ruined by ‘having words’. He’d take the bike.

A minute later, Nicholas pulled on his helmet, twisted the throttle, and his BMW let out a baritone rumble as it eased out from its stable behind the dustbins onto the street. He’d be soaking wet before he got to the hardware, and thoroughly dissolved by the time he got home, but he couldn’t be arsed going back inside to fetch his slick or facing Cate’s insistence that the urban adventurer next door get a talking-to. The lumpy side panniers would keep the sandpaper dry.

The world was painted from a palette of greys. There was next to no traffic. The rain on his face stung lightly enough to be pleasant, and the bike rumbled contentedly. As he turned down past Walpole Park, Nicholas resolved to enjoy the icy wet. He would be cold and happy with it: a pasha on his mount, a cavalier on royal duty; a man with an excuse to become naked before his beautiful wife in a quarter of an hour. He smiled to himself and glanced at the green park flashing past.

The grove always drew his eye. It was tucked in the corner of the park, its old trees cloistered together, huddled close as old soldiers under grim umbrellas. Neglected and conspiring. Secretive. Their trunks were dark as tar in the late light and the grey rain, and their tops were huge inverted bowls of sea black - thick green and rambling and restless.

Between the dark trunks was a face.

A man’s face . . . yet not human. Larger. Older. In the instant before it retreated into the night-black shadows of the grove, Nicholas saw that from the corners of its mouth grew -

SLAM! A sharp, sick symphony of collapsing metal and shattering plastic, then he was arcing through the air. For a long moment, his eyes were filled with cloud-bruised acres of sky and telephone lines and silence. Then a small cracking sound and his lungs filled with mercury. Pain as hard as ice jolted through him like electricity. He was still moving: not flying now, but sliding on his back along the wet tarmac, frozen in a breathless world of insane agony. Sliding. Slowing. Stopped.

And pain so solid that he felt carved from it - lungs spasming, wanting to work but unable to, more winded than he’d ever been during high school rugby or behind-the-shed fisticuffs. He could do nothing but lie there and will his burning lungs to please, please, please inhale!

A face loomed over him. Brown teeth behind thin fish lips. Wide eyes, deep frowns. Two faces. Then, like a tide returning and bringing waves with it, the world’s noise returned with his breath - with a rattle, he sucked in cold, wet, beautiful air.

He let out a whistling breath and tried to sit up, but the movement brought fresh icicles of pain.

Nicholas, wanting to contribute to the optimistic mood, tried to whisper, ‘I’m okay,’ but it came out as a weak sigh.

A man and a woman stood above him, their details vague through tears of wretched pain.

Words spilled out of the woman like marbles from a split sack. ‘We just backed out and didn’t look and we are so, so sorry—’

The couple clarified: a horse-faced pair in matching tweed, looking down at this wounded, talking marvel.

‘Of course.’ The man handed over his mobile. Nicholas’s thumb shook as he dialled. He loosened his helmet as the LCD screen blinked:
Calling
.