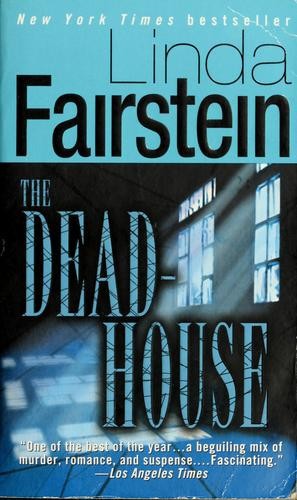 This book is a work of
fiction. Names, characters, places, and

incidents either are products
of the author's imagination or are

used fictitiously. Any
resemblance to actual events or locales or

All rights reserved,
including the right of reproduction in whole or in part in any form

Scribner
and design are
trademarks of Macmillan Library

Reference USA, Inc., used
under license by Simon & Schuster, the publisher of this work.

For information regarding
special discounts for bulk purchases,

Manufactured in the United
States of America

Who steals my purse steals
trash, But he that filches from me my good name
—Shakespeare

with gratitude for the loving
loan of your good name

It was hard not to smile as I watched Lola Dakota die.

I clicked the remote control button and listened to the commentary
again on another network.

"New Jersey police officers have released a portion of these
dramatic videotapes to the media this evening. We're going to play for
you the actual recordings the three hit men hired by her husband to
kill Ms. Dakota made to prove to him that they had accomplished their
mission."

The local reporter was posed in front of a large mansion in the town
of Summit, less than an hour's drive from where I was sitting, in the
video technicians' office of the New York County District Attorney.
Snowflakes drifted and swirled around her head as she pointed a gloved
hand at the darkened facade of a house ringed with strands of tiny
white Christmas lights that outlined the roof, the windows, and the
enormous wreath on the front door.

"Earlier this afternoon, before the sun went down, Hugh," the woman
addressed the news channel's anchorman, "those of us who gathered here
for word of Ms. Dakota's condition could see pools of blood, left in
the snow during the early morning shooting. It will be a grim holiday
season for this forty-two-year-old university professor's family. Let's
take you back over the story that led to this morning's tragic events."

Mike Chapman grabbed the clicker from my hand and pressed the mute
button, then jabbed at my back with it. "How come the Jersey
prosecutors got to do this caper? Too big for you to handle, blondie?"

As the bureau chief in charge of sex crimes for the New York County
District Attorney's Office for more than a decade, sexual assault
cases—as well as domestic violence and stalking crimes— fell under my
jurisdiction. The district attorney, Paul Battaglia, ran an office with
a legal staff of more than six hundred lawyers, but he had taken a
particular interest in the investigation of the professor's perilous
marital entanglement.

"Battaglia didn't like the whole idea—the risk, the melodrama, and
... well, the emotional instability of Lola Dakota. He probably didn't
know the story would look this good on the late news broadcast or he
might have reconsidered."

Chapman lifted his foot to the edge of my chair and swiveled it
around so that I faced him. "Had you worked with Lola for a long time?"

"I guess it's been almost two years since the first day I met her.
Someone called Battaglia from the president's office at Columbia
University. Said there was a matter that needed to be handled
discreetly." I reached for a cup of coffee. "One of their professors
had split from her husband, and he was stalking her. The usual
domestic. She didn't want to have him arrested, didn't want any
publicity that would embarrass the administration—just wanted him to
leave her alone. The DA kicked it over to me to try to mat it happen.
That's how I met Lola Dakota. And became aware of her miserable
husband."

Chapman worked homicides, most of the time relying on sophisticated
forensic technology and reliable medical evidence to solve his cases.
He rarely dealt with breathing witnesses, and although he was the best
detective in the Manhattan North Squad when he came face-to-face with a
corpse, Chapman was always intrigued by how the rest of us in law
enforcement managed to untangle and resolve the delicate problems of
the living.

"Met with her several times, trying to convince her that we could
make a prosecution stick and gain her trust to let me bring charges. I
explained that filing a criminal complaint was the on way I could get a
judge to put some muscle behind our actions Lola was like most of our
victims. She wanted the violence to stop, but she did not want to face
her spouse in a court of law.

"No better than usual. When reasoning with her failed, we relocated
her to a temporary apartment, arranged for counseling and sent a couple
of our detectives to talk to her husband informally and explain that
Lola was giving him a break."

"Happy to see the local constables, was he?"

"Elated. They told him that she didn't want us to lock him up, but
if he kept harassing her, that wasn't a choice I would allow her to
make the next time he darkened her doorway. So he behaved ... for a
while."

"Until she moved back in with him?"

"Hearts and flowers, happily ever after?"

"Eight months." I turned back to glance at the screen, motioning to
Mike to give us sound again. Flakes were caking up on tl reporter's
eyelids as she continued to tell her story, reminding me that
undoubtedly snow was piling up on my Jeep as well, which was parked in
front of the building. A picture of Ivan Kralovic, Lola's husband,
appeared as an insert on the bottom right corner of the screen.

"We've got to take a short break," the reporter said, repeating the
euphemistic phrase that signaled a commercial interruption, "then we'll
show you the dramatic footage that led to Mr. Kralovic's arrest today."

Mike got rid of the noise. "And at the end of those eight months,
what happened? Did you lock him up the second time?"

"No. She wouldn't even give me a clue about what he had done. Called
me that October to ask how to get an order of protection. After I
greased the wheels to expedite it for her in family court, she told me
she had rented an apartment on Riverside Drive, moved to a new office
away from the campus, and settled her problems with Ivan the Terrible."

"Don't disappoint me, Coop. Tell me he lived up to his name."

"Predictably. It was in January of this year that he cut her with a
corkscrew, while they were enjoying a quiet dinner for two. Must have
mistaken her for a good Burgundy. Sliced open her forearm. He raced her
to St. Luke's and it took twenty-seven stitches to close her up."

"They were together for just that one evening?"

"No, he had coaxed her back for the holidays a month earlier. A
seasonal reconciliation."

Chapman shook his head. "Yeah, I guess most accidents happen close
to home. You nail his ass for that one?"

"Once again, Lola refused to prosecute. Told the doctors in the
ER—while Ivan was standing at her bedside—that she'd done it herself.
By the time I heard about it through the university and got her down to
my office, she was completely uncooperative. Said that if I had Ivan
locked up, she would never tell the true story in a courtroom. She had
learned her lesson by trying to reunite with him, she assured me, and
wasn't going to have anything further to do with him."

"Guess he didn't get the picture."

"He stalked Lola on and off. That's what led her to hide out in New
Jersey, at her sister's house, sometime in the spring. She called me
every now and then, after Ivan threatened her or when she thought she
was being followed. But her sister got spooked— worried about her own
safety—and brought Lola to the local prosecutors over there."

"Let's go to the videotape," Mike said, spinning my chair back to
the television screen and hitting the sound button on the clicker. The
film was rolling and the reporter's voice-over was providing the
narrative. The scene appeared to be the same large suburban house,
earlier in the day.

"... and you can see the white delivery van parked at the side of
the road. The two men walked up the steps in front of the home, which
is owned by Ms. Dakota's sister, carrying the cases of wine. When the
professor opened the door and came outside to accept the gift bottles,
both men put their packages on the ground. The one on the left
presented a receipt that Dakota leaned over to sign, while the man on
the right—there he goes now—pulled a revolver from beneath his jacket
and fired five times, at point-blank range."

I leaned forward and watched again as Lola clutched at her chest,
her body pushed backward by the force of the impact. Her eyes opened
wide for an instant, seeming to stare directly at the lens of the
camera, before they closed, as she fell to the ground, blood oozing
from her clothing onto the clean white cover provided by the preceding
day's dusting of snow.

Then, the camera, held by a third accomplice in the van, zoomed in
for a close-up, and the man seemed to lose control of the equipment as
it apparently dropped from his fingers.

"When the killers played their tape for Ivan Kralovic in his office
at noon today, after the Summit Police Department released the news of
Ms. Dakota's death to the wire services, they were rewarded with a
payment of one hundred thousand dollars in cash."

Back to a live shot of the chilled reporter, wrapping up her story
for the night. "Unfortunately for Kralovic, the gunmen he had hired to
kill his estranged wife were actually undercover detectives from the
county sheriff's office here in New Jersey, who staged the shooting
with the enthusiastic participation of the intended victim."

The tape rolled again and showed the supposedly deceased Dakota now
sitting upright against the front door of the house and smiling for the
camera as she removed the outer jacket that had concealed the packets
of "blood" that had spurted and flowed so convincingly moments before.

"We've been waiting here, Hugh, hoping this brave woman would tell
us how she feels now that she has taken such dramatic steps to end
years of spousal abuse and bring to justice the man who wanted to kill
her. But sources tell us that she left the house here this afternoon,
after Kralovic's arrest, and has not yet returned." The reporter
glanced down at her notes to read a comment from the local prosecutor.
"The district attorney, however, wants us to express his gratitude to
the county sheriff for this 'innovative plan that put an end to Ivan's
reign of terror, something that prosecutors from Paul Battaglia's
office and the New York Police Department across the Hudson River have
been unable to do for two years.' Back to the studio—"

I pulled the remote away from Chapman and slammed it onto the
desktop after shutting off the set. "Let's go back to my office and
close up for the night."

Give Me All Of You by Beazer, Delka
Campbell Wood by Al Sarrantonio
The Encyclopedia of Dead Rock Stars by Jeremy Simmonds
ComeBackToMe by Mari Kyle
RedBone 2 by T. Styles
The Sly Company of People Who Care: A Novel by Rahul Bhattacharya
Selfish is the Heart by Hart, Megan
The Hangman's Revolution by Eoin Colfer
Savor by Alyssa Rose Ivy
Hot Cowboy Nights by Carolyn Brown