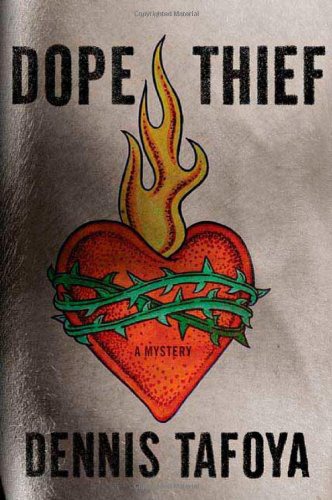 THIS BOOK OWES
its existence to a chain of remarkable and generous people: Cori Stern, who found me wandering and set me on the right road; the invaluable Laurie Webb, whose insight made the work better and stronger; my manager, the wise and endlessly patient Brooke Ehrlich; and Alex Glass, my literary agent and brilliant advocate, who not only found my work a home, but made crucial suggestions about the shape of the book. My editor, Kelley Ragland, and her assistant Matt Martz were incredibly kind and patient with a neophyte during the pro cess. My family, Jill, Elena, David, and Rachel Tafoya provided love, support, and infinite tolerance. I also have to thank Dick, Karen, Caroline, Lucy, Olivia, August, the Rebel Writers workshop, Jonathan Maberry and the Liars Club, and all the other friends, teachers, and writers who helped me learn and kept me going.

RAY SAT IN
a van on Jefferson Avenue in Bristol in the rain, watching people come and go from the white corner house with blue shutters and a cast- iron bird feeder in the yard. A kid in his late teens sat on the stoop eating candy from a bag and talking to the people moving in and out. Sometimes they handed the kid something; sometimes he just waved them up the steps to the door. Nobody stayed more than a few minutes. Ray’s partner, Manny, climbed from the passenger seat into the back and pulled binoculars out of a gym bag. He sat on the rear seat away from view and watched the kid and the front door, then moved the glasses along the street. Looking for open windows, young lookout kids watching the traffic, anyone that might signal the long- limbed teenaged boy on the stoop that there was trouble coming.

Ray took the glasses back for one last look. The people coming up the steps were black and white and brown, young and old. The only thing they had in common was that nearly all of them looked like shit. Hair uncombed. Lined faces the color of ashes. It reminded him of that movie where the dead are walking, coming to beat their way into this little farm house in the country. Only instead of breaking down the doors, the zombies stood quiet on the porch until there was an exchange through the door, and then the zombies went away.

Ray combed his mustache with his fingers and shrugged. “What do you think?”

He handed the glasses back to Manny, who stashed them under the seat and brought out a blue windbreaker with DEA spelled out on the back in bright yellow letters. He pulled it on while Ray slid over to the passenger seat and opened the glove compartment, taking out a black semiautomatic pistol, a big, ugly Glock with an extra- capacity magazine. Manny heaved himself into the driver’s seat and Ray climbed around him and put his own wind-breaker on, crouching in the cramped space by the side door of the van.

“Wait for a break in the traffic.” They watched two young girls on the stoop, one of them doing that little nervous dance of waiting for dope, like bees Ray had seen in a documentary, vibrating with some kind of insect ecstasy of anticipation. When they were away down the street, Ray touched Manny’s arm.

Manny put the van into gear and drove down the block, stopping at the corner and making a right onto the side street next to the house with the blue shutters. Manny reached into an oversized gym bag and handed Ray a pair of fifteen- inch bolt cutters and then took out a short- barreled Remington shotgun. He pulled his badge out of his clothes and let it dangle at the end of a chain over his shirt.

It was August, and it had rained every day for a week. Ray thought the bad weather was making everyone edgy, tense. Stuck indoors when they wanted to be out. Maybe it was just him. He looked up and down the side street from the side window, finger-ing the badge on his chest, then jumped out and ducked behind the house and pressed himself against the wall next to the base-ment door. He put the bolt cutters on the chain holding the pad-lock on the door and looked at his watch and counted in his head.

Manny ran up the street to the front of the house and swung over the fence without a sound. He put his shotgun against the side of Candy Kid’s face and spoke quietly. “What’s your name?”

The kid stopped eating and clamped his mouth shut. “Jerome.”

“What you eating, Jerome?”

“Jolly Ranchers.” The bag began to shake slightly in the kid’s hands.

Manny looked at his watch without taking his hands off the gun. “Is there enough for everyone?” Jerome swallowed and tried to see the barrel of the gun out of the corner of his eye. “Let’s go inside and share our Jolly Ranchers, okay?” Jerome stood up and turned awkwardly around, the gun glued to the side of his face. He was tall standing up, taller than Manny, who was more than six feet, and he bent slightly at the waist. They walked slowly to the front door; Manny stayed off to the left and moved the gun down to Jerome’s side, keeping out of view of the peephole cut in the door. He looked at his watch and whispered to Jerome. “Okay, let’s not make any mistakes. Knock twice and wait. Tell them you gotta use the can.”

Jerome lifted his arm and banged the door twice.

AT THE BACK
door Ray lowered his watch and cut the chain. He hit the door hard with his body and it gave slightly, so he backed off and put his shoulder into it and the door popped open, banging against the wall. He was in a basement, the only light coming down the stairs from the first floor, where Manny was inside now doing his thing, yelling, “Down, down, down, federal agents!”

Ray hit the stairs in time for a teenaged girl with her shirt tied at her waist to appear at the top step, moving fast. Ray lifted the big, squared- off Glock with both hands and pointed it at her head. “Federal agents! Back up the stairs, now! Hands on your head!”

She shrieked and fell back into the kitchen, knocking over a bulked- up kid with a diamond earring who was right behind her with his arms full of small plastic bags. The kid was wearing an oversized black Sixers jersey with iverson on the back. Ray reached down with one hand and pulled them apart and pushed them out of the kitchen toward the front of the house. He heard Manny telling someone named Jerome to lie flat. They came out to the living room, where Manny had two tall kids stretched out on the floor, the sprawl of their long legs eating up all the space.

Ray pointed down. There was a small metal box on the floor near the front door next to an ancient double- barreled shotgun with the stock cut down. “You two, on the floor right now.”

The boy and girl lay flat, between a bright green couch and a glass- topped coffee table supported on the backs of metallic gold elephants. The living room was neat, with photos of a smiling kid in a cap and gown from Ray guessed thirty years ago on the wall near the stairs. There were doilies under the knickknacks on the end tables.

Manny pointed to one of the kids near the front door. The kid was impossibly long stretched out on the floor, wearing faded jeans and a hoodie with a stenciled picture of a fist clutching a pistol. “This is Jerome.”

Ray stood over him. “Jerome, who else is in the house?”

“ ’Cause if I go looking and I find someone upstairs I’m going to be pissed off, you understand me?” Ray opened his jacket and pulled a half- dozen sets of plastic flex cuffs out and began restr ain ing the kids on the floor.

Manny moved the pump gun in a slow arc, covering each one in turn. “I’m gonna go look now, okay? What am I gonna find?”

The girl murmured something under her breath.

“What was that? What did she say?”

“Maybe Ronald.” Ray sighed theatrically. “Jerome, when you are standing tall before the judge I am going to be your only friend, do you understand that? What am I going to tell the judge, Jerome? That you lied to the police and made them go looking for Maybe Ronald, or that you helped resolve this situation?”

“I don’t know.” The kid’s voice was muffled by the carpet.

“You can be a hero, Jerome. You can be the one makes sure no one gets hurt, that the police get the money and the drugs off the street. Believe me, Jerome, you want me to tell the judge you were a hero and not an uncooperative dirtbag. You know the difference?”

There was a long silence.

The kid with the Iverson shirt said, “Heroes get a beatdown.”

Ray looked at him. “Shut up. Heroes get to finish high school, and dirtbags go to jail.” He finished cuffing the kids on the floor and straightened up.

Manny took a hand off the gun and yanked Jerome awkwardly to his feet. “Talk to Ronald, tell him to come down here with nothing in his hands.” He walked Jerome to the foot of the stairs.

Jerome leaned against the wall, unbalanced with his hands cuffed behind him. He called up the stairs. “Ronald!”

Ray waggled his eyebrows at Manny, who put a cupped hand to the side of his mouth.

“Ronald! Come on down here with your hands up.” Manny kept Jerome between himself and the stairs, lowering his body to use the tall kid as a shield. “Ronald!”

“What?” The voice was high- pitched, quavering.

Manny slapped the wall. “Don’t ‘what’ me, you pain in the ass. You get down here on the ground right now. You want to get shot?”

“Then come on down.” There was another silence. Ray trained his pistol on the stairs and waited.