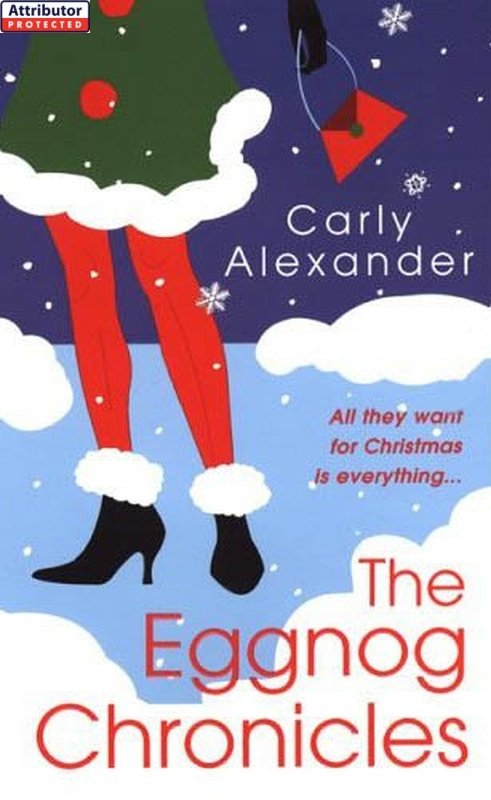 ALL THEY WANT FOR CHRISTMAS IS . . .
Jane
Â
1. A relationship that runs deeper than the foam on my cappuccino.
2. A shot at writing about Tom Hanks while he's still alive instead of slaving away over celeb obituaries at the
New York Herald.
3. A chance to develop “compassion” in my articles and not be “overly critical of my subjects,” as per my boss, Marty. As if! I am
so
not critical, Mr. Short-Sighted Idiot with the Sexy Blue Eyes. You just wait and see.
4. A wish that my sister, Ricki, and my best friend, Emma, would break away from those self-centered jerks they're dating and find the real deal. If the real deal exists, and I've got my doubts.
5. A second chance to live the life I misplaced somewhere . . .
Â
Ricki
Â
1. To make Nate happy.
2. To run my Christmas shop in Nag's Head, North Carolina, and listen to the surf over a cup of coffee with my best friend, Ben.
3. To figure out why Nate isn't happy, what I'm doing to make him unhappy, and then make him happy.
4. To spend Christmas in New York City with Jane and Emma, and Nate, if he isn't still mad at me for getting mad at him for spending so much time with his why-isn't-she-your-ex wife.
5. To figure out whyâif I've got the guy and the job and maybe even the ringâI'm so unhappy . . .
Â
Emma
Â
1. The pregnancy test is pink . . . the pregnancy test is pink . . . Okay, I will not freak out. I am calm. Controlled. After all, Randy and I want to have a babyâjust not my ex-boyfriend Jonathan's baby. What was I thinking, having ex-sex with that cheating cad? I'm calm, I'm calm. Of course, this is the end of my career at the bank. I'll be demoted. Run out of town. Abandoned by Randy. Living on the street in a box under a sagging wreath. Oh. My. God . . . I'm sorry, what was the question again?
Â
Christmas. It's a time for going into debt, neuroses-gone-wild, dates from hell, seriously spiked eggnog, and maybe even a miracle or two. And for three women on the verge of what seems like certain holiday disaster, it just may be the season to toast the best times of their lives . . .
Books by Carly Alexander
GHOSTS OF BOYFRIENDS PAST
Â
THE EGGNOG CHRONICLES
Â
Â
Published by Kensington Publishing Corporation
THE EGGNOG CHRONICLES
CARLY ALEXANDER