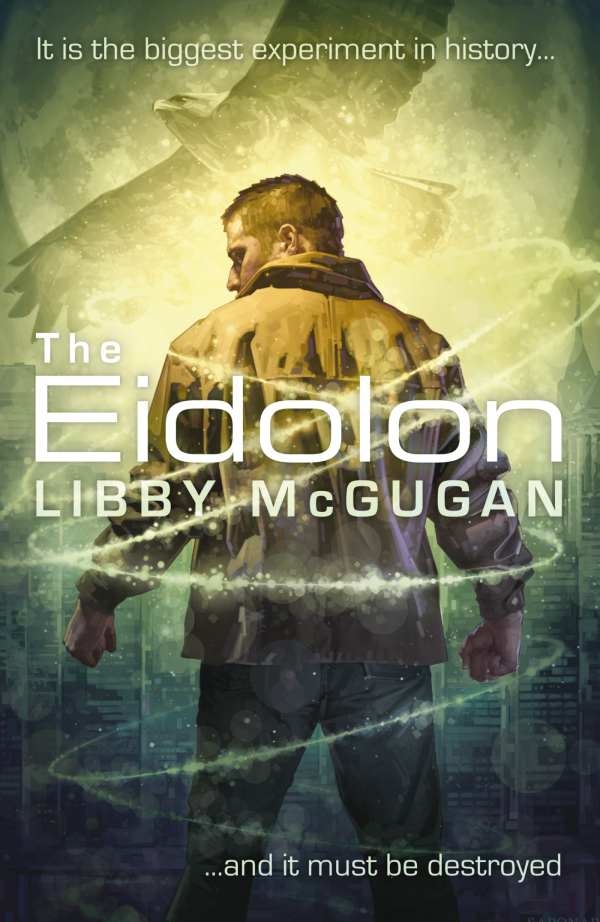 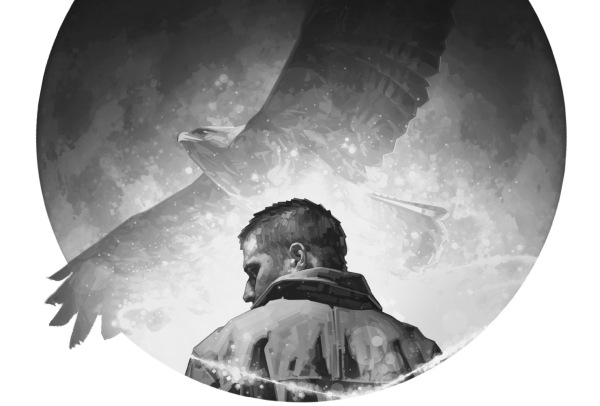 I
DON’T REMEMBER
the beginning. Only a vague dawning of being, fragmented lakes of feelings and thoughts. Somehow, over eons, they coalesced like the primordial ooze that gathers in the murky pond, gradually finding form. The sound of the orchestra tuning up, slowly, over huge swathes of time, discordant notes sliding into one until from them a single, clear tone is born. And in perfect synchrony, it vibrates as one being. I am. Purity, born of the minds of men. They gave me life, and for that I am indebted.

With that life came a hunger that has nothing to do with the stomach. It became a need, a voracity, that for an age nothing would satisfy, until I found the answer lay in my creators. There, in the darkest recesses of the mind, that place where men are afraid to go, is where it germinates. A seed that takes root in thought and sends its tendrils out into experience to blossom. They are the incubators, I am the harvester. It is the perfect symbiosis.

I
T’S FUNNY HOW
everything changes when a couple of bricks fall out of your wall; those things that shored you up without you realising it. You only notice when they go and the rest of your life starts crumbling away.

Six weeks ago I had a job, I had a partner; I had a life. Now I have a headache from the altitude. I also have one of the best views you could ask for. Below, sheep on the slopes blend with the grey earth and the muffled tinkling of yak bells comes and goes on the breeze as the beasts lumber across the pastures. Ahead, the sun glints on the lakes, one round, one crescent shaped. Above, white purity shrouds the mountains, becoming the sky. Unspoiled wilderness. Barren beauty. I still have a headache.

The soft snow makes walking tricky. You don’t walk in this; you trudge.
Look on the bright side – it’s not Middlesbrough
, that’s what she would say. Cora. Always positive, always the optimist. Always with her head in the clouds. And then she’d say something like,
Look at where you are – the Tibetan Plateau, the rooftop of the planet, where you can look down on the madness of the world and wonder what it’s all about. See how lucky you are?
She’d be right, I suppose. Up here, nothing really matters, just that your steps are small enough to let your lungs catch up with the rest of you, and that you keep drinking through the rubber straw from your CamelBak. It seemed like a good idea at the time. Something to take my mind off redundancy and our dissolving relationship. Something to help me get my head straight. You know what, Cora? So far, it’s not working. Christ, Robert, if you can’t clear your mind in nine hundred thousand square miles of nothing, there’s no hope for you. It still hurts to think of her.

Danny pauses ahead of me and I almost bump into him. His cheeks crinkle as he scans the skies. Blue-eyed, wiry, unconventional, Danny Mitchell has been a trekking buddy since we were students at Cambridge. He was doing politics, I was doing physics and computer science, and we met in the bar after an evening talk by the climber Joe Simpson. So would you cut the rope? Save yourself and drop your friend to certain death, when not cutting it means you both die? It made for an interesting opener to conversation. Danny knocked back a whisky. He would have done it, he said, and he meant it. Always so black and white. His philosophy is simple: work to live, and then only until you have enough to fund your next trip. Over the years we’ve climbed in the Andes, the Pyrenees, the mountains of Sarawak, the Cuillins of Skye; and when we do, the differences between us don’t matter.

“I think we should pitch here for the night,” he says, still studying the clouds. “It’s getting dark.”

“Good idea.” Whatever you say, Danny. I’m struggling to make decisions, however trivial they might be.

We drop the packs and raise the tent. The wind’s beginning to strengthen but we work silently, familiar with the routine. For some reason, erecting a tent was like lighting the blue touch paper with Cora. Every time. It could be sunny, on the shores of a glassy loch, warm grass, no midges, a case of wine, and still we’d find ourselves bickering about the best way to anchor the guy ropes. It never lasted, though. Once we sat down and opened the first bottle, and felt the breeze on our skin, we’d remember why we were there. I’m going to miss that.

Danny crawls inside and hangs the torch from the hook in the roof, and the orange fabric lights up. A small glowing refuge in a wild, unforgiving place. We get the stove going at the entrance to the tent, take off the waterproofs, unpack the sleeping bags, and soon we’re spooning mouthfuls of steaming rehydrated food into our mouths. Chilli con carne tonight, followed by plum duff. Stodge fit for a king. I didn’t know how cold my insides were.

“Do you reckon we’ll make the summit tomorrow?”

“The wind’s picked up a bit, but I think we’ll make it,” says Danny, the food still steaming on his tongue, as he tips the boiled water into two mugs of powdered chocolate. The sweet smell competes with the odour of damp socks. “If we get another clear day like today, we’ll be fine, but the weather’s due to turn after tomorrow.” He passes me a mug.

I take a sip. “Everything tastes better when you’re camping.”

“Yeah. You forget, don’t you? By the end of the trip you won’t want to go back.”

He stares at his mug and stirs it slowly. After a moment he says, “It might not look like it yet, but maybe it’s an opportunity.”

“An opportunity.” Why is it that when you’re in a bad place people who’ve never been there feel compelled to offer you advice on how to get out?

“And what about Cora?”

He glances up from his stirring.

“We were too different.”

He nods towards my left hand, which is absentmindedly rolling the small silver ring looped through a black leather thread. My fingers close round it and I return it to my pocket.

He stares at me expectantly.

“I gave it to her for her birthday a couple of years ago. She gave it back to me before I left. It’s nothing.”

“Uh-huh.” He takes a sip then heaps another spoonful of chocolate into his mug. “You really loved the job? Cramped down some mineshaft looking for... what was it again?”

“Dark matter, whatever that is. That’s not a job; that’s a sentence. I couldn’t do it.”

“No, you couldn’t. You’re not bright enough.”

He snorts. “Really? You spend your time studying life. I spend my time living it. Who’s the smart one? You tell me.”

He has a point, but I’m not going to concede. I stab the air with my spoon. “It’s people like me who make it possible for layabouts like you to bum around for your whole life, with your storm-proof tents and your gas stoves and your torches.”

He grins and unscrews the cap of a hipflask, toasting me. “Well, here’s to you and all the other specky scientists who keep the rest of us in good times.” He takes a swig and hands me the flask. The wind keens and rumbles against the sides of the tent, bowing them inwards. Everything tastes better when you’re camping, especially the whisky.

Danny wriggles into his sleeping bag, stuffing a pile of unwashed clothes underneath the top end to make a lumpy pillow. I lie back, my hands behind my head. The wind drops until it’s only a breath on the tent. Beyond its breathing is the silence of the mountain.

“Listen to that,” says Danny.

I stare at the roof, listening. “No traffic.”

“Bet you’re glad you came along.”

“Yeah. I’ll be even more glad if the weather holds for tomorrow.”

“We’ll be fine.” He turns his gaze back to the space above him, one corner of his mouth smiling. “Picture it – looking down at the planet from up there. Nothing else comes close.”

He snorts again, reaching behind his head to plump up his pillow. “Just as well they don’t. They can stick to their mortgages and their pension funds and all that shit and stay out of the way, as far as I’m concerned.”

The wind carries a howl from a distant place.

“I tell you,” he says, “that mountain will sort your head out for you. You’ll be a changed man.”

W
E SET OFF
at a good pace, leaving the tent where it stands. The sky is clear and it looks like the weather might hold, but it’s not long before we’re trudging again. The air’s thinner here, a lot thinner. My lungs are sucking it in, in the hope that it contains a passing oxygen molecule. Our breaths rise in icy puffs, and underfoot the snow groans and rasps as our boots sink into it. We don’t talk much; there’s not enough air. I thought I’d use this time to work things out in my head, or just to forget, but it’s not like that. There’s not enough air to walk and think – it’s one or the other – so my brain elects to concentrate on breathing and trudging, leaving me with a vague awareness that I’ll still have a shitload of baggage to offload when I get home. Not what I had planned.

Grand Master by Buffa, D.W.
Fated Memories by Joan Carney
Down and Out in Bugtussle by Stephanie McAfee
Birthright - Book 2 of the Legacy Series (An Urban Fantasy Novel) by Ryan Attard
Solace of the Road by Siobhan Dowd
True to the Roots by Monte Dutton
Fallen Angels by Bernard Cornwell
Circus Solace by Castle, Chris
Overture (Earth Song) by Mark Wandrey
Twisted Threads by Lea Wait