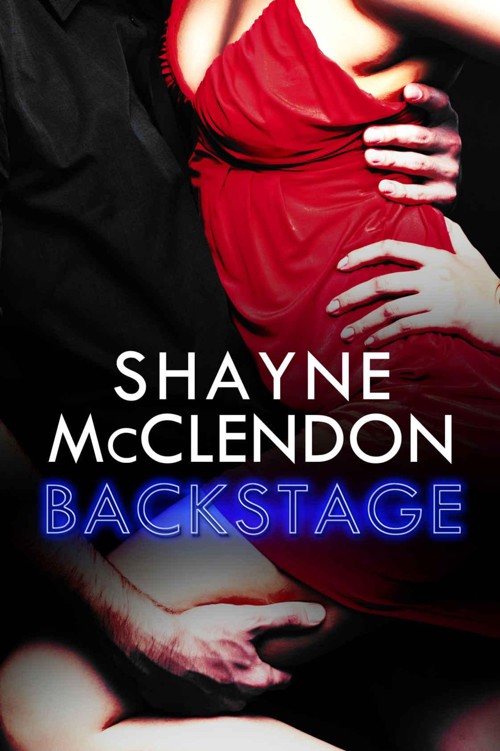 Behind the scenes is your chance to shine.

No part of this book may be reproduced or transmitted in any form or by any means, electronic or mechanical, including photocopying, recording, or by any information storage and retrieval system without written permission from the author and publisher.

This is a work of fiction.  Names, characters, places, and incidents either are the product of the author’s imagination or are used fictitiously, and any resemblance to actual persons, living or dead, business establishments, events, or locales is entirely coincidental.

Get Your Free Story Now

Hart of the Matter by Shayne McClendon

Bailey has loved her best friend’s older brother for years but he looks at her as another little sister.  She pulls back, determined not to make a fool of herself anymore…but she can’t turn off her love for him.

Sometimes, it’s all about timing, maturity, and a great salsa.

This story was originally part of “The Three Pointer” in “Love of the Game – The Complete Collection” – but it’s such a great story I wanted to share it with you. 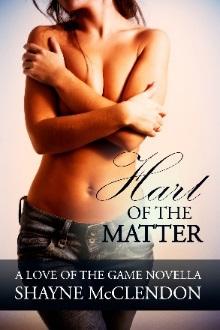 Your free story is waiting at
http://alwaysthegoodgirl.com/free-story/

Hart of the Matter

My lovely Barter Babes have waited a
long
time for this book…mostly patiently.  I feel I need to remind everyone that this is not “Brie’s story” (though she is in it)…she’s not physically capable of shenanigans.

Yes,
those sorts
of shenanigans.

This is a “bridge” story between two very important running themes in my work.  Those of you who have read just about everything will understand what that means.

“The Barter System” world is fascinating to me and the residents consistently pull me back into it (whether I’m aware or not).

In this installment of the series, you’ll have the opportunity to visit with old friends, meet a few new ones, and drop into the strange and wonderful world of the New York theater scene.  I hope you like it.

It was rather a lot of fun to write.

I dedicate this story to my daughter, Cassidy.

It can be terrifying to step into a new phase of life.  To take risks, putting yourself out there, to gamble on your skills and the power of your brain to see you through.

You are beautiful, brilliant, and one of the most grounded people (young or old) that I have ever met.  I’m so
proud
of you as my child, as a woman, as a human being.

You’re going to crush it but remember…I’m here.

I love you more than I love myself.

The Barter System by Shayne McClendon

Pushing the Envelope by Shayne McClendon

Gabriella Hernandez grinned up at her companions for the evening and knew her excitement was a physical thing.  She’d seen the play
Not that Desperate
more than a dozen times during the second season.

She was so glad that her accident and recovery hadn’t caused her to miss the Bishop Foundation benefit.  When one of her best friends told her he had tickets to the exclusive charity event, she almost swooned like a Victorian maiden.  It was her first outing to a place other than her friends’ homes or their companies.

After three months in the hospital and two months of intensive physical therapy, she was practically drunk on freedom.  Her rehabilitation would continue for another year but there would come a day that she would be able to walk on her own without the pain and fatigue she experienced since the hit and run.

Right now, she could use a walker for short distances but a wheelchair was required if there was a chance she’d be on her feet for more than ten or fifteen minutes.

Hudson Winters was impressively turned out in a classic-cut tuxedo with his black hair swept back from his face.  He was being his typical overprotective self and she adored him for it.

“Stop frowning.  You’re so much
prettier
when you smile.”

He laughed.  “You are the only woman who calls me
pretty
, Brie.”

A small growl issued from his chest as he gently maneuvered her chair around the few people in the lobby who didn’t move fast enough for his liking.

Natalia Roman winked down at her.  “Darling, you know he likes to be considered
fierce
and
terrifying
.”

The statuesque – now
blonde
– woman could have appeared on the cover of any magazine in her sleek Valentino gown.  In her strappy stilettos, she and Hudson were the same height.

Long before the two of them realized it, Brie had always found them an incomparable couple.

“I know.  I try to remember but…I can’t.  He has so many teddy bear-like character traits.”  She felt him gently tug a black curl.  Until the fractures in her skull had more time to heal, she wore it loose.  “Let me see it again.  I want to be dazzled.”

Natalia held out her left hand and Brie squealed for the tenth time as she took in the princess cut diamond set in platinum with black diamonds around it.

“You are
the man
, no shit.  You totally nailed it with this ring.”

“You and Izzy designed the fucking ring, Brie.  I already told her.”

“Yes but you had the good sense to
listen
and that makes you
the man
.”  She pitched her voice low and both of them laughed.  “I’m so happy you brought me because cabin fever is a real thing.  I’m practically vibrating.”  To Natalia, she whispered, “Are you
sure
about the dress?”

“Ask me
one
more time.  Friends make sure friends get the spanks they obviously deserve.”

A few weeks before, Natalia had hired a seamstress to take her measurements.  The woman came to her house and Brie stood carefully with her walker in the bathroom of the apartment she still couldn’t believe belonged to her.

Then her sister worked her fashion magic to have an event-appropriate gown designed and created.

It was a blue so dark that it appeared black without direct lighting.  Thick straps curved around her neck in a halter and the scoop of the bodice bared more cleavage than she’d ever dared before her breast reduction surgery.

The boning hid the fact that she was soft from the weight loss that happened far too fast after she was injured and the flared chiffon layered bottom made the wheelchair less noticeable.

Hudson brought her chair to a stop near the elevator to balcony seating.  He came around and crouched beside her.

“Brie.  You are aware that we love you.”

“Our friendship will continue until our last breath.”

She smiled.  “You and Natalia are
death before dishonor
kinds of friends.  I’m well aware.”