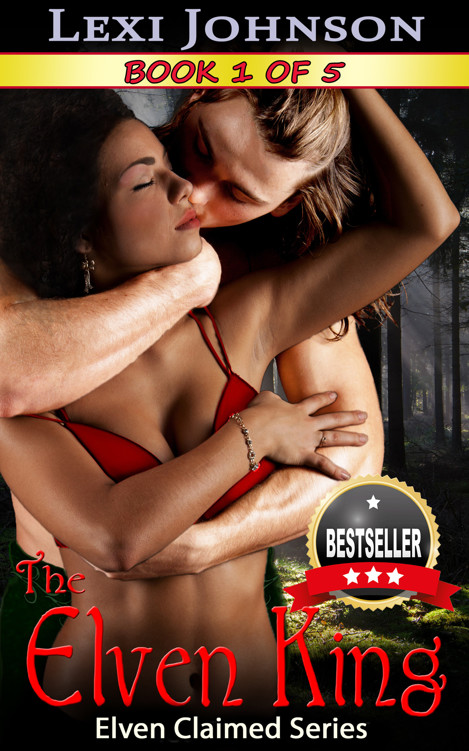 Book 1 of the Elven Claimed Series

This is Book 1 of the Elven Claimed Series, a serialized novel consisting of five parts:
The Elven King
,
Birds and Prey
, and
An Elven Storm Books 1-3
. You can also pick up all 5-Books at a significant discount with the
Elven Claimed Series Boxed Set
.

No part of this publication may be reproduced in any form or by any electronic or mechanical means, including scanning, photocopying, or otherwise without prior written permission of the copyright holder, except by a reviewer who may quote brief passages in a review.

Remember to sign up
HERE
for information about updates, new releases, discount offers, and FREE Books from Lexi Johnson and other great authors from SFBuzz Press. 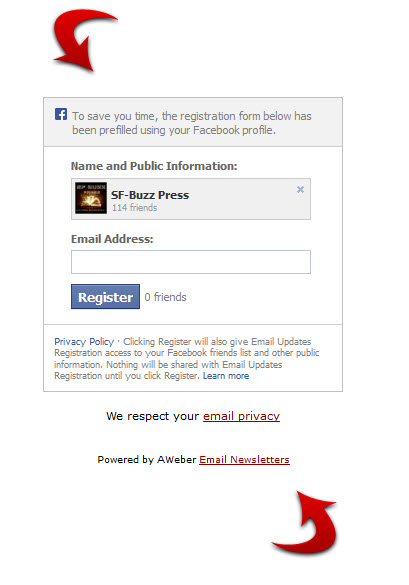 Sade Hughes had wild curly hair, a classy hourglass figure and unfortunate taste in men. In high school, there’d been Leroy, the dropout; in college Stan, the biker and pool hustler; followed by Davie Chang, the MMA fighter who had wiped out Sade’s checking account to move to Thailand, learn Muy Thai, and screw Asian girls. But the worst, by far, was Michael. Michael, the fake art-dealer whose real business was drugs. Michael, who had decided that since he and Sade were dating he owned every part of her life. Michael, whose answer to the restraining order was to send two of his boys to snatch her out of a club. She’d only managed to get away because Bill, the bouncer, had seen what was happening and stepped in.

Michael was why Sade had packed her bags and driven nearly fifty miles to hide out in her Nana’s old house. With luck, she’d be able to live here for a few months until Michael was arrested or found another distraction, and then she’d be able to go back to her life. Such as it was.

Sade hadn’t set foot in Nana’s house since she was eight years old, and Nana had had her ‘breakdown.’ It was summer now -- a greener, cooler summer than around Sade’s apartment in West Philadelphia -- and as she pulled up into the driveway of the sprawling Quakertown farmhouse, the memories of the three childhood summers she’d spent here with her Nana and younger brother Charles came back with a vengeance.

As a child, Sade had considered her Nana to be a little odd. For one, she never threw anything away. The hallways of her house were crammed from floor to ceiling with stacks of yellowing newspapers, making the place dark and cramped as an anthill. Every night, Nana had left a saucer of milk out on the porch, even though Sade had never seen a cat around -- except for the one belonging to Mrs. Bishop, their neighbor, and Mrs. Bishop kept her Persian inside and had looked like she’d swallowed a lemon the one time Sade had asked if she could pet it.

Nana also collected weird things, like the horseshoes and rusted iron nails that she hung as clunky wind chimes from the beams of the porch. She had an entire room full of yellow-haired dolls whose iridescent gray-green eyes reminded Sade vaguely of fish scales.

And then there was the issue of the toadstool ring in the backyard.

“Leave that thing alone, Sade,” Nana had warned the first time she caught Sade and her brother playing near it. “Especially under a full moon.”

“Little People,” Nana had said. There was the hint of a smile on her thin, chapped lips. “Some say they followed us from the old country.” That would be Nana’s ‘old country’— Nana being Sade’s father’s mother. Sade’s ‘old country’ was somewhere in Africa, her mama had explained, although technically Sade figured she could claim both ‘old countries’ as her own; after all, she
was
her father’s daughter, even if her father had cheated with ‘that woman.’ Not that Sade would have upset her mama by saying any of this aloud.

Sade had forced herself to focus on Nana’s rambling. The older woman said, “The Sidhe’s marks were here long before ours, though others named them differently.”

“
Sidhe
. Little people. Tricksters. They live on the other side of the veil, and if you’re lucky, you’ll never see one. But you look hot, child. Get yourself a Popsicle. And don’t mess with those mushrooms, okay?” And that was all Nana had to say on the subject.

Later that night, when Sade and her brother had gone to bed in the guest-room bunk beds they always slept in at Nana’s house, Sade had asked him: “What do you think of that ring of mushrooms in Nana’s yard?”

“Dunno. She’s twitchy about them, though. I figure if Nana doesn’t want people stepping on her mushrooms, she should put a fence around them.” Charles had always been the practical one.

The summer before Nana’s breakdown, Sade had worked up enough courage to sneak out of the house to look at the mushroom ring under the full moon. She’d huddled in her bathrobe on the damp grass beside the mushroom ring, as the crickets chirped and the owls chatted with each other beneath the rising moon.

It was August, and the mosquitos were killer. Sade alternately slapped and scratched, and as time passed in an endless boring procession, her eyelids drooped with exhaustion.

The moon had risen and shrunk to the size of a baseball when Sade saw something moving inside the mushroom ring. Something blurry and white. At first Sade had thought it was a trick of the moonlight, but moonlight didn’t gather up in shapes like this, as if it had a body and hands and maybe even the hint of a face. Squinting at the figure, it looked to her like a young teenage boy or very lanky man (the figure
could
just as easily have been female, but somehow Sade had no doubt it was male). The man stood with his arms out and elbows bent, as if drawing a bow, gaze focused on something in the distance.

Sade’s heart thundered in her chest. It had to be a ghost. If anyone was going to have a ghost on her property, it would be Nana. Sade wanted to run, but she felt too scared to move. Maybe there was an ancient burial ground under the house? Maybe this was an angry spirit that only walked out under the moonlight. Why hadn’t her aunt just said so instead of making up some story about Little People with a weird name? Sade
had
read a book about ghosts taking revenge on a girl who had disturbed its grave. It had been fiction, but still.

What if this ghost saw Sade? What if it had marked her for death?

Sade rubbed her eyes, hoping to clear the specter from her vision. But instead of fading, it just got clearer. The ghost was tall and thin, and wore some kind of hunting gear like in a fantasy movie. Sade gazed at him, riveted. Although his hair was loose and milk-white, obscuring his ears, he looked young. He had sharp features that seemed well formed but unfinished: high cheekbones, a straight, fine nose that dipped down at the tip, and wide eyes like a child’s. The eyes were the most startling: pools of grey-blue, like the sky before a storm. They were beautiful, compelling, and not quite human.

At that moment, Charles’ voice cut through her rapt attention. “Sade!” he said in a harsh whisper.

Charles was standing only a couple of feet away. Sade wondered how she hadn’t heard him scuffling over the grass.

He asked, “What’re you doing out here? I thought you’d been abducted!” Since learning about “stranger danger” in school, Charles had lived in perpetual fear of his older sister being kidnapped.

“What?” Charles wore his preferred nightclothes, a basketball jersey top and shorts that fell just over his knees. On his feet were a pair of battered flip-flops that he refused to replace because he’d already ‘broken them in.'

Sade looked back at the ring of mushrooms. But the moonlight man had vanished.

“Did you see him?” she whispered.

“The ghost in the mushroom ring.” Now that the moonlight man had disappeared, and Sade was having a normal conversation with her brother again, the fear and wonder had vanished from her heart just as quickly as the man had vanished from in front of her eyes.

Charles took a few steps closer to her. “No. Don’t see anything. Are you sure you didn’t fall asleep?”

Maybe it had been a dream. But the entire thing had seemed too real.

“You had one of those lucid dreams,” Charles said. “I saw a show about it on the Discovery Channel. You think you’re awake, but you’re not. That’s why some people think they’ve been attacked by demons or abducted by aliens.”

Sade nodded. That was probably it.

She followed her brother back to the house. Leaving her damp, muddy shoes by the mat at the door, Sade went upstairs, brushed her teeth again, said good night to her brother, and eventually fell asleep.

She would have forgotten about it entirely if her Nana hadn’t grabbed her wrist in the kitchen the next morning and said: “Look at me.”

Nana’s already thin lips tightened. They looked like an angry comma on its side. “What did you do, Sade?”

“Do?” The moonlight man jumped into Sade’s mind again. “Dunno.” She averted her gaze, afraid Nana would see the guilt painted over her features.

“Yes, you know.” Nana should have been furious, but instead she just sounded very sad. “You’ve got the sight now,” she said, with a sigh. “You poor thing. You poor, poor thing.”

Whatever her Nana had meant by ‘the sight,’ Sade never learned, because that autumn Nana was caught by the police running naked through the woods. The result of some trauma, Sade’s mother had said. Whatever it was had bleached the fifty-seven-year-old woman’s hair from brown to white, and she’d taken to mumbling nothing but words in a language nobody understood. She’d died a few years after that of old age -- which was odd because she really wasn’t that old -- leaving the house in trust to Sade. Sade, in turn, had let the realtor handle its maintenance until now.

Sade wasn’t sure she’d like living in the country. It seemed strange not to be able to see her neighbors from her own porch, or to have to drive ten minutes to get a carton of milk. At least she had seen a couple of Black people driving on the road; that would have put her mother’s heart at ease. Still, even with Sade’s savings, she was going to have to find another job besides online medical transcription if she expected to make it here longer than a month or two.

The best thing, she decided, was to look at this as a chance to start over. She’d always loved Nana, and, while things had gotten a little strange at points, she’d always felt comfortable here.

Which was for the best.

It was noon, and the sun beat down with sparkling intensity. Sade pulled her sunglasses from where they hung, clipped to the sun visor over the driver’s-seat window, and stepped out onto the asphalt.

When she’d been here as a child, the house had been painted a sky blue, but that had long been painted over in a dull greyish white -- Sade assumed the realtor had chosen it because it didn’t show dust. The trees on either side of the house had grown a thick fur of vines, with brown, barky fingertips reaching out toward each in an unfinished steeple over the porch. The shutters were the same dull green that she remembered, and the same cracked wooden bench sat on the uneven porch, looking out over the grass. A few of Nana’s perennials were fighting a valiant battle against the weeds, but most had succumbed, and occasional dandelions peeked out from the edges of the driveway.