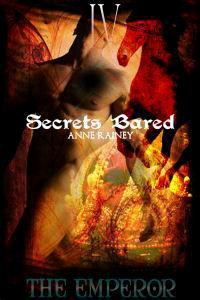 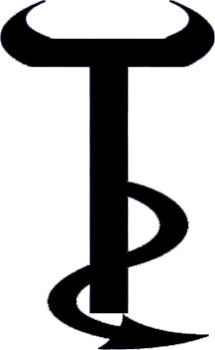 Tease and the T logo is  Tease Publishing LLC. All rights reserved.

For my mom. You’re my best friend and I’m glad I have you in my life. This story wouldn’t have happened if you hadn’t taught all your kids to think outside the box. I love you more every day.

To my readers. I firmly believe we all have a little psychic ability and someday we’ll be taught how to tap into it. For now, I hope Gideon Adrian’s mischievous mind is entertainment enough!

He could hear her every thought. She was driving him mad, and he didn't even know her name. That would change, he'd see to it. He wanted to know every tiny thing about her.

All Gideon had to do now was find her, which was a joke because he didn't have a clue what she looked like. For all he knew she was some old woman with weathered skin and a face like his first grade teacher, Ms. Frasier. Behind her back, all the kids had called her Old Lady Stoneface because she’d sported a permanent scowl. He always wondered why she’d become a schoolteacher. She should have been a drill sergeant.

In the normal scheme of things, Gideon hated large crowds. He steered clear of anything larger than fifty people. Considering the party was in his honor, he’d been compelled to at least make an appearance, even though his heart just wasn’t in it. It hadn’t been for a long time. He was bored with his work, bored with his house, bored to hell and back with life. Coming to the party was supposed to be a refreshing change of pace.

Another of her thoughts flitted through his mind and Gideon groaned. If she didn’t stop thinking about sex, he was going to go insane. Her mind kept conjuring up different scenarios, and he desperately wanted to be the man starring in them.

Anticipation lanced through him. It’d been so long since he’d been excited about anything, much less a woman. Gideon was tired of being alone. No one knew lonely the way he did. Hell, if he could be in a room with over two hundred people, all of them sipping wine, chatting with friends, flirting outrageously, and still feel alone, he knew there was no hope for him.

Most of his friends and associates knew he preferred solitude to parties and crowds.

But he knew the woman was unlike any of these people. She was not in her element.

Gideon knew because she kept thinking herself inadequate. A fish out of water, were her exact thoughts. She wanted nothing more than to leave and just forget the whole stupid idea. Gideon idly wondered exactly what the whole idea entailed. There was an urgency about her, and he had a feeling she was trying to find a gracious way to escape. But he wouldn't let her. She wasn’t getting away from him. He knew her every desire, her every wish, and for some damn reason, she intrigued the hell out of him.

Gideon vowed she wouldn't leave the party without him.

He walked over to the bar and ordered a beer. When he turned around and lazily 5

leaned against the sturdy oak, his eyes roamed cunningly around the room once more.

Then he spotted her. He knew it was her, and she didn’t look a damn thing like Mrs.

Frasier. Christ, she was perfect. Every man's fantasy. His fantasy. This woman was the very definition of voluptuous temptation.

Gideon had been with women of all shapes and sizes. He'd seen the starving models naked. He'd seen the girl-next-door scream his name in ecstasy. He'd even seen the straight-as-a-pin ones beg to be fucked. But none compared. And she was still fully clothed. A minor detail he'd rectify soon.

She wore a black dress, and Gideon didn't have to read the label to know it was silk.

He could see by the way the dress moved with her, as if pleased as punch to be covering such soft skin. The front was scoop-necked and hugged her figure beautifully. God, she was gorgeous. Why did she think she lacked appeal? From his vantage point, it seemed she had every curve and valley just where they ought to be. Her breasts alone could make a man whimper. Large, round, juicy tits he wanted to lick and suck. They filled out the top half of the dress, creating a nice amount of cleavage. He'd never given any one particular body part much thought before. He liked every inch of the female form. Now he was definitely a breast man.

He pulled his gaze away from her chest; getting a hard-on in the middle of a crowded room was not part of the plan he turned around to grab his beer. He needed to cool off. Cool off and slow down, or he’d embarrass them both.

He turned back to the woman who had his libido in overdrive and allowed his eyes to travel the length of her. When he reached her legs, he had to stifle a groan of pleasure.

Though she wasn't supermodel tall, she still had legs that would wrap nicely around even his huge body. Sweetly displayed in a pair of black pumps, her legs were sexy and strong and lean. Just right for what he had in mind. For what she had in mind. Naughty girl thoughts ran around in her head. Gideon smiled as he pushed away from the bar. He couldn't wait to make those thoughts come to life.

For a second, Gideon felt the tiniest bit guilty for reading her mind. It was an invasion of privacy, and usually he kept strict to his code of honor. But with her, rules went out the window. There were no holds barred. He had to have her. Simple as that.

His steps faltered the closer he got. She was even more beautiful up close with her oval face and honey-blonde hair. Honey that dribbled down past her shoulders, held securely in place by a metal clip. He wanted to see her hair hanging loose, spilling down her back. Then Gideon noticed she was staring right back. When she smiled, his heart sped up.

Christ, he was a goner.

Lori had no idea what she was doing. She was way out of her element. These people were in a different league. They were classy, sophisticated. She was plain and boring.

Painfully normal. She’d only agreed to come because her art-teaching friend, Margaret, had talked her into it. Of course, Margaret had abandoned her the instant they’d arrived.

Damn her. Someone had grabbed and flitted her away. How was she supposed to find the blasted woman in such a large crowd? It was wall-to-wall bodies.

She only wanted to go home. These people lived a different life. She enjoyed Margaret's company, but this yuppie world was not Lori’s style. In the back of her mind, she knew the real reason she’d come tonight, and it hadn’t been because of Margaret.

Now she wanted to forget the stupid idea and go home where things were normal.

Unfortunately, Margaret had driven, which left Lori somewhat stranded. She was forced to talk to people she didn't know, smile when she didn't feel like smiling, and drink champagne, which she now knew tasted horrible. If she ever drank alcohol, it was to tip back a cold, light beer on a hot summer evening. She’d never tasted champagne before tonight. Apparently, she hadn't been missing a damn thing.

In her search for Margaret, she ended up telling yet another oversexed man, thanks but no thanks. When she turned to go to the bathroom as a means of escape—and call her sister, Tabby—Lori saw the most gorgeous man she’d ever seen. And the biggest. In fact, he was a little scary—0ver six foot six easy, with shoulders a linebacker only dreamed of and hair the color of night. The closer he got, the more she could see he had chiseled features that would rival a Greek God. He was completely underdressed in a pair of black slacks and a simple white T-shirt that showed off his muscles to perfection.

His shiny black hair was entirely too long for today’s standards, falling just below his shoulders. He looked like a disreputable pirate.

At the same time Lori thought the word, his brow arched up in inquiry, as if he could read her mind. As if he knew she was thinking about him. “Oh great, terrific impression,” she mumbled under her breath.

Lori breathed deeply, resisted the urge to run and hide, then stood up straighter as he approached. Slouching added pounds, and she definitely didn’t wish for more of those. He reached his hand out to her and spoke.

"My name is Gideon Adrian and you are?"

Have mercy. His voice should have been bottled to preserve its flawlessness. She could listen to him talk for hours. Lori wondered what he sounded like during sex. She'd bet her bottom dollar, he could make a woman climax just by whispering in her ear.

Then she realized she was clinging to his hand. Damn it. She made a valiant effort to give it back to him, but he appeared to be in no hurry. Instead, she answered his question and opted to leave her hand right where it was.

Lori looked pointedly down at their hands, then back up at him. He didn't seem to get the message because he still held her firmly. The gorgeous hunk stared into her eyes as if he could see into her very soul. Tingles ran up and down her spine.

To break the silence, Lori decided to let him know what she thought of his romance-inspiring sculptures. "You are a very impressive artist, Mr. Adrian. It's an honor to meet you."

He stared another second, then said, "Call me Gideon.” He looked her over from head to toe. “Would you like to get away from here, Ms. Fontaine?"

This gorgeous man wanted to be alone with her? Her body screamed, “Yes!” A thrill ran up her spine at the idea. He was so sexy. He could have any woman in the room with nothing more than a grin. Her brain stepped in then with its usual mix of infuriating logic and apprehensive caution.

"Why would you leave your own party?” Lori asked, then added, “And please call me Lori.”

Gideon’s blue gaze turned hot, his voice rough. “Do you live here in the city, Lori?”

“Yes. I have an apartment not too far from here.”