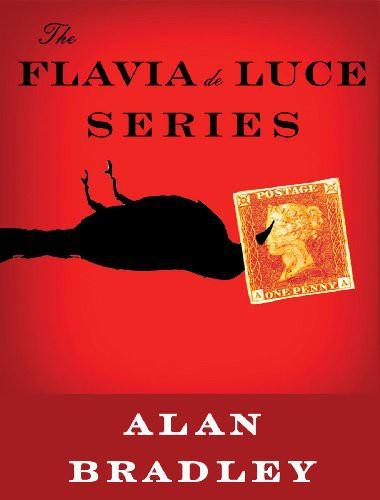 The Sweetness at the Bottom of the Pie, The Weed That Strings the Hangman’s Bag, A Red Herring Without Mustard
, and
I Am Half-Sick of Shadows
are works of fiction. Names, places, and incidents either are products of the author’s imagination or are used fictitiously.

Published in the United States by Delacorte Press, an imprint of The Random House Publishing Group, a division of Random House, Inc., New York.

Delacorte and colophon are registered trademarks of Random House, Inc.

The novels contained in this omnibus were each published separately by Delacorte Press, an imprint of The Random House Publishing Group, a division of Random House, Inc., in 2009, 2010, 2011, and 2011.

The Sweetness at the Bottom of the Pie

The Weed That Strings the Hangman’s Bag

A Red Herring Without Mustard

I Am Half-Sick of Shadows

Excerpt from
Speaking from Among the Bones 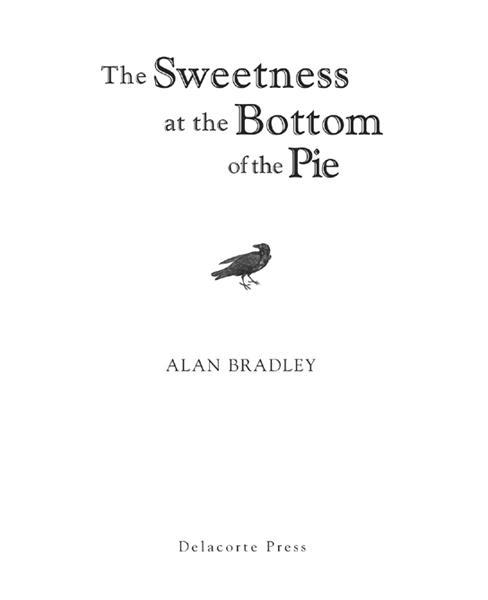 This is a work of fiction. Names, characters, places, and incidents either are the product of the author’s imagination or are used fictitiously.
Any resemblance to actual persons, living or dead, events, or locales is entirely coincidental.

Unless some sweetness at the bottom lie, who cares for all the crinkling of the pie?

It was as black in the closet as old blood. They had shoved me in and locked the door. I breathed heavily through my nose, fighting desperately to remain calm. I tried counting to ten on every intake of breath, and to eight as I released each one slowly into the darkness. Luckily for me, they had pulled the gag so tightly into my open mouth that my nostrils were left unobstructed, and I was able to draw in one slow lungful after another of the stale, musty air.

I tried hooking my fingernails under the silk scarf that bound my hands behind me, but since I always bit them to the quick, there was nothing to catch. Jolly good luck then that I’d remembered to put my fingertips together, using them as ten firm little bases to press my palms apart as they had pulled the knots tight.

Now I rotated my wrists, squeezing them together until I felt a bit of slack, using my thumbs to work the silk down until the knots were between my palms—then between my fingers. If they had been bright enough to think of tying my thumbs together, I should never have escaped. What utter morons they were.

With my hands free at last, I made short work of the gag.

Now for the door. But first, to be sure they were not lying in wait for me, I squatted and peered out through the keyhole at the attic. Thank heavens they had taken the key away with them. There was no one in sight; save for its perpetual tangle of shadows, junk, and sad bric-a-brac, the long attic was empty. The coast was clear.

Reaching above my head at the back of the closet, I unscrewed one of the wire coat hooks from its mounting board. By sticking its curved wing into the keyhole and levering the other end, I was able to form an L-shaped hook which I poked into the depths of the ancient lock. A bit of judicious fishing and fiddling yielded a gratifying click. It was almost too easy. The door swung open and I was free.

I skipped down the broad stone staircase into the hall, pausing at the door of the dining room just long enough to toss my pigtails back over my shoulders and into their regulation position.

Father still insisted on dinner being served as the clock struck the hour and eaten at the massive oak refectory table, just as it had been when Mother was alive.

“Ophelia and Daphne not down yet, Flavia?” he asked peevishly, looking up from the latest issue of
The British Philatelist
, which lay open beside his meat and potatoes.

It was true. I hadn’t seen them—not since they had gagged and blindfolded me, then lugged me hog-tied up the attic stairs and locked me in the closet.

Father glared at me over his spectacles for the statutory four seconds before he went back to mumbling over his sticky treasures.

I shot him a broad smile, a smile wide enough to present him with a good view of the wire braces that caged my teeth. Although they gave me the look of a dirigible with the skin off, Father always liked being reminded that he was getting his money’s worth. But this time he was too preoccupied to notice.

I hoisted the lid off the Spode vegetable dish and, from the depths of its hand-painted butterflies and raspberries, spooned out a generous helping of peas. Using my knife as a ruler and my fork as a prod, I marshaled the peas so that they formed meticulous rows and columns across my plate: rank upon rank of little green spheres, spaced with a precision that would have delighted the heart of the most exacting Swiss watchmaker. Then, beginning at the bottom left, I speared the first pea with my fork and ate it.

It was all Ophelia’s fault. She was, after all, seventeen, and therefore expected to possess at least a modicum of the maturity she should come into as an adult. That she should gang up with Daphne, who was thirteen, simply wasn’t fair. Their combined ages totalled thirty years. Thirty years!—against my eleven. It was not only unsporting, it was downright rotten. And it simply screamed out for revenge.

Next morning I was busy among the flasks and flagons of my chemical laboratory on the top floor of the east wing when Ophelia barged in without so much as a la-di-dah.

I shrugged. “I’m not the keeper of your trinkets.”

“I know you took it. The Mint Imperials that were in my lingerie drawer are gone too, and I’ve observed that missing mints in this household seem always to wind up in the same grubby little mouth.”

I adjusted the flame on a spirit lamp that was heating a beaker of red liquid. “If you’re insinuating that my personal hygiene is not up to the same high standard as yours you can go suck my galoshes.”

“Well, you can. I’m sick and tired of being blamed for everything, Feely.”

But my righteous indignation was cut short as Ophelia peered shortsightedly into the ruby flask, which was just coming to the boil.

“What’s that sticky mass in the bottom?” Her long manicured fingernail tapped at the glass.

Ophelia’s face went white. “Those are my pearls! They belonged to Mummy!”

Ophelia was the only one of Harriet’s daughters who referred to her as “Mummy”: the only one of us old enough to have any real memories of the flesh-and-blood woman who had carried us in her body, a fact of which Ophelia never tired of reminding us. Harriet had been killed in a mountaineering accident when I was just a year old, and she was not often spoken of at Buckshaw.

I looked up slowly from my work so that the round lenses of my spectacles would flash blank white semaphores of light at her. I knew that whenever I did this, Ophelia had the horrid impression that she was in the presence of some mad black-and-white German scientist in a film at the Gaumont.

“Hag!” I retorted. But not until Ophelia had spun round on her heel—quite neatly, I thought—and stormed out the door.

Retribution was not long in coming, but then with Ophelia, it never was. Ophelia was not, as I was, a long-range planner who believed in letting the soup of revenge simmer to perfection.

Quite suddenly after dinner, with Father safely retired to his study to gloat over his collection of paper heads, Ophelia had too quietly put down the silver butter knife in which, like a budgerigar, she had been regarding her own reflection for the last quarter of an hour. Without preamble she said, “I’m not really your sister, you know … nor is Daphne. That’s why we’re so unlike you. I don’t suppose it’s ever even occurred to you that you’re adopted.”

I dropped my spoon with a clatter. “That’s not true. I’m the spitting image of Harriet. Everybody says so.”

“She picked you out at the Home for Unwed Mothers because of the striking resemblance,” Ophelia said, making a distasteful face.

“How could there be a resemblance when she was an adult and I was a baby?” I was nothing if not quick on the uptake.

“Because you reminded her of her own baby pictures. Good Lord, she even dragged them along and held them up beside you for comparison.”

I appealed to Daphne, whose nose was firmly stuck in a leather-bound copy of
The Castle of Otranto
. “That’s not true, is it, Daffy?”