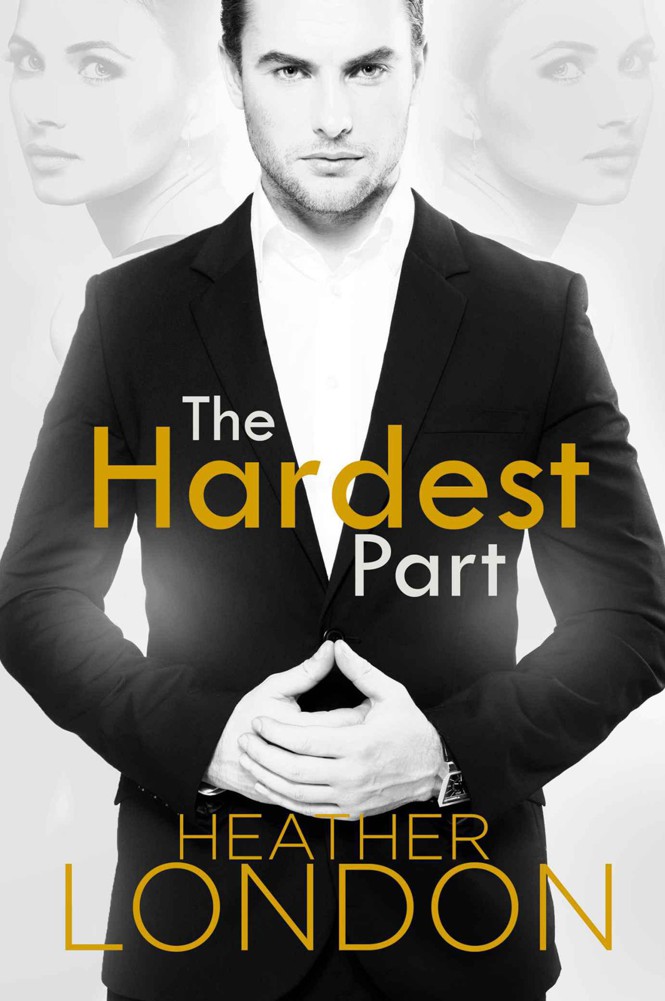 All rights reserved. No part of this book may be reproduced or transmitted without permission from the author. Please do not participate in or encourage piracy of copyrighted materials in violation of the author’s rights.

This book is a work of fiction. Any references to historical events, real people, or real locales are used factiously. Other names, characters, places, and incidents are the product of the author’s imagination, and any resemblance to actual events or locales or persons, living or dead, is entirely coincidental.

Cover design by MAE I DESIGN

For Ryan, the most amazing husband and best friend a girl could ask for. It is for that reason alone why I honor his request for a disclaimer in this book: He in no way, shape, or form resembles nor was any influence on the creation of the character Jake in this story. You’re welcome, babe. ☺

T
HE STREET
was dark except for a light that flickered in the distance. My eyes had been staring at the flickering light until a strange noise stole my attention. Turning my head, I saw a homeless man bending over a trashcan. He was rummaging through it, picking out glass bottles and aluminum cans, throwing them in a grocery cart. I flinched when I heard the next glass bottle hit the metal basket.

"
Here, take this. We don't have much time." Mike's frantic voice was loud in my ear. Still dazed, I glanced up at him and saw he was holding an envelope out for me to take. My eyes stared at the envelope, but I couldn't make myself reach out for it.

"
Emily." Mike's voice was soft but firm. "I know this is a lot to take in, but I need you to concentrate. Take the envelope." He enunciated the last few words slowly, carefully.

My hands shook as I reached out for it.
"I'm not sure I can do this, Mike." I finally found my voice. "This is crazy. I
—
I don't know where to go." Once I had the envelope in my grasp, it felt like it weighed a hundred pounds.

"
You
can
do this. This life you've been living, this isn't a life for you. Anywhere is better than here."

I felt the darkness closing in around me. I could feel my throat getting tighter. My breaths were short and quick. If I didn't calm myself down, I was going to have a full-fledged panic attack. My mind was still trying to process what was happening.

The person I trusted most in the world had woken me up in the middle of the night, just thirty minutes ago, telling me to get dressed and be quiet. I didn't question Mike then. I didn't question him when he led me out of the penthouse suite, or when we he led me down the hall to the back stairwell and came out at the back of the casino. I still didn't question him when I saw his car parked at the end of the dark alley, or when we pulled away from the building without an explanation of any kind. It wasn't until we pulled onto the highway and the bright lights of the Vegas strip were behind us that I finally asked what was going on.

"
You're getting out of here, Emily. You're going to get as far away from here as possible," he’d told me.

"
Emily, are you listening to me? We don't have much time." Mike’s voice was louder now, more demanding. I blinked away my thoughts and looked up at him. He stood a good foot and a half taller than me, his gray hair receding almost to the point of baldness. He was old enough to be my father, and truth be told, he was the closest thing I’d ever had to one.

As I stood here now, I felt like a scared little girl—not sure what to do, looking up at him for the answers.

"
The bus should take you to the main station downtown. From there, you choose where to go. You choose how to live your life." He frowned and then his face twisted into something else entirely
—
tortured and sad. He and I both knew this was probably the last time we’d ever see each other.

"
There's a passport, social security card, and twenty thousand dollars in the envelope. It should be enough for you to get on your feet and start a new life, one far away from here." His voice cracked on the last couple words. He cleared his throat, trying to cover up his weakness.

"
I don't want his money, Mike." I shoved the envelope back out to him to take. I didn't want any part of him near me.

"
It's my money, Emily. Money that I've earned and saved. It's mine and I want you to have it."

"
All those years I looked away. Let him treat you like nothing. All those times I should have helped you. I'll never forgive myself for letting him hurt you for so long." He closed his eyes and paused for a moment, his lips forming into a hard, tight line. "Take it. I
need
you to take it."

I could feel the tears building up inside me, causing my chest to feel heavy, like an anchor was pulling me under. I hugged the envelope close to my chest.

"
I'll call you once I get settled somewhere, to let you know I'm okay." The words felt cliché, but it was the only thing I could think to say at the moment.

He swallowed hard as he pulled his shoulders back, making him stand even taller over me.
"This is it for you and me, kid. I don't want to know where you end up. I don't want you to call and give him the opportunity to track you down. I just want to know that you're out there, somewhere in the world, out from under his microscope, living life and being happy. It's been too long since I've seen that beautiful smile of yours." His hand brushed lightly across my bruised cheek. I swore I saw tears forming in his eyes. Mike was the toughest man I knew, but he was also sweet and caring. I never understood how he worked for such a monster. "Just promise me something," he said.

I nodded as the tears spilled down my cheeks.
"I promise."

Deep down, a part of me was terrified and fully expecting Jake to come around the corner and drag me back, like he’d done all the other times I tried to get away from him. However, I was relaxed, knowing Jake was hundreds of miles away in California. He had business there, leaving me in Mike's care. Jake had a lot of men working for him, mainly for his protection, and Mike was his most trusted guy. Jake never would have guessed it would be Mike that would help me finally get away.

In the distance, I could see the bus coming toward us, the headlights casting a dull glow on the pavement in front of us. My heart raced inside my chest, as I knew we only had seconds before I had to leave.

"
I'll never be able to thank you enough," I said, sucking in a breath, trying to keep the tears inside.

"
You just go out and live a happy life. That will be thanks enough." He looked down at me and then glanced over both of his shoulders, something he would probably be doing for the rest of his life, especially if Jake or any of his other men ever found out what he’d done for me.

"
Don't worry about me. I can take care of myself." He gave me another smile, one that actually reached his eyes. I stared up at him, trying to burn that memory of him into my brain.

Mike picked up the small duffel bag he’d packed for me and held it out for me to take.
"Be safe and take care of yourself."

Finally, I took a couple steps forward and then stopped. I dropped the bag at my feet, turned around, and threw my arms around Mike's neck, clinging to him as tightly as I could. I knew what he was risking to help me get away—his own life for mine. He was risking everything.

He wrapped his arms around me, and we stood there in the darkness for a long minute until the bus driver cleared his throat, hinting to me that it was time to go.

"
You better go, kid." I could feel Mike pulling away from me.

With tears rolling down my cheeks, I got on the bus and made my way to the farthest seat in the back. By the time I looked out the window, hoping to see Mike one more time, he was gone. I'd never felt so alone in all my life.

The bus lurched forward as my body shook with the sobs escaping me. Deep down, I knew this time was different. This time I really was going to get away.

An older woman sitting in the seat in front of me turned around, and I quickly wiped away my tears. The last thing I wanted to do was draw any attention to myself, more than I already had. She gave me a sympathetic smile, glanced up at my bruised cheek, and then turned back around. I sank down farther in my seat, trying to disappear, wondering if I could really do this
—
if I could really be on my own and start a new life.