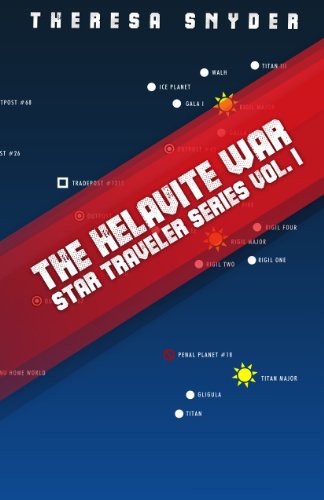 All rights reserved, including the right of
reproduction in whole or part without the written permission from
the author. Exceptions made to reviewers who may quote brief
excerpts in connection with a review.

The Helavite War - Vol.
I

The Heirs of Henu - Vol.
II

Too Many Dragons - Vol.
IV

Three and a Half Dragons - Vol.
V

Shiting in The Realms

who made it possible for
me

He was the last of his
kind...

Arr could not remember the time when his
people were many. He could only remember back to when there were
two, he and his brother Nor.

Nor told him wonderful stories of how the
planet was peopled by hordes of Henu. His words drew pictures for
Arr of forest communities where the Henu lived as gatherers,
peacefully in their homes in the trees - homes that had laughing
children and warm fires. Nor told of his memories of their mother
and father, of the chilled nights when they would lie round the
fire, snuggled deep in mounds of soft, fat cushions, listening to
their father tell stories of his dealings as a trader with the
galactic convoy.

Arr's father was the backbone of the Henu
colony. He was the trader of all the spices and herbs that the
people gathered. He, like his father and his father's father before
him, piloted the communal ship to the far corners of the galaxy,
selling the goods and buying whatever the people of the planet
needed. Being the older of the two boys, one day the position would
be Nor's; then eventually Arr's.

However, none of this came to be. Arr and
his brother's world ended the day
The
Others
came. The day it happened there was no time to
ask themselves where
The Others
came from or what they wanted—there was only chaos and death. Three
days later, when
The Others
left
the planet, the two brothers were the only ones still alive.

Arr could just barely remember those three
days. They were like a dream. They were still pictures in his mind
like the drawings in the sand that they made in the summer, by the
Crystal Lake. He heard his mother screaming to get to the trees for
safety, his father calling his name right before he disappeared, in
a cloud of dust. The Henu were all fleeing to the trees. The trees
were on fire and the screams - he could still hear the horrible
screams in his nightmares. Arr tried to go to his father and he
would have died in the arch of the blast ray with him if it were
not for Nor holding him back in the tall reeds by the water's edge.
Three of the most important days of his life and that was all he
could remember except for the numbing cold of the water as they
crouched there waiting for
The
Others
to leave.

That was fourteen flowerings ago. Today he
said goodbye to Nor for the last time.

It was a silly accident. They'd been stuck
on the planet ever since
The Others
destroyed or stole everything, including their father's ship. They
fled from the burnt forest and the smell of death to the opposite
side of the tall mountains to the east. It was warmer there. The
brothers took to wearing lighter clothing and sandals instead of
the smooth knee high boots of their youth. Nor stepped on a thorn
from a casha bush, when he tried to remove it the tip broke off. It
was not long after that, that the foot began to swell and turned
bad. Nor tried to remember all the herbs that his mother would have
used, but so much was forgotten. He was only eight flowerings old
when they lost their parents.

Arr thought back as he sat watching Nor's
funeral pyre engulfed in flames. It took Nor only five days to die.
The last two he was delirious with fever. He talked of times long
ago and called for their mother. Now Arr was alone, the last of the
Henu.

He could not imagine living without Nor. Nor
taught him all he knew; all that was important in the world. Nor
was brother, father and mother to him. He sat silently, as the
flames licked at the clear blue spring sky. When there was nothing
left but a pile of ashes, he cradled his head in his hands and
cried until he could cry no longer. Then he gathered a few things
together and headed back to where it all started, to the trees by
the lake.

The journey was shorter than he remembered
it as a child, at Nor's heels. Then, it took what seemed like
months to get to their new home. Now it took just eight days of
dedicated hiking. Arr crested the small hills to the east of the
forest about mid-morning. He somehow thought it would still look
like that picture in his mind, all burnt and dead, but it was
alive. The forest came back from its scorching. It was alive and
green and beautiful again. He saw the lake to his right at the foot
of the hills, still sparkling and crystal clear. As he made his way
down into the valley, walking beneath the trees, he saw no signs
that the Henu lived or died there. All was cleansed with the
passage of time.

Since leaving the burnt forest his brother
and he took to ground dwelling. Now, Arr had an uncontrollable urge
to climb and climb high. His sandals were useless in the trees. He
kicked them off and shinnied up the trunk using the natural
handholds of knots and burls on its surface. He made a mental note
to construct a pair of soft climbing boots as Nor taught him in the
eventuality that they should return to the forest.

It was always Nor's plan to return home, but
Arr was so reluctant that Nor put the deed off until a later time
in the hope that his younger brother's memories might fade. In a
way, this trip to the forest was really in memory of Nor.

When Arr climbed to the highest branch, in
the largest tree he could find, he found that he was home. The
smell of the forest, still damp from the morning dew, the sway of
the branches, the rustle of the leaves in the gentle breeze, were
all so familiar to him. It all seemed so right.

He wished fervently that he had not delayed
his brother from this trip....

He wished they had come back years
ago....

He wished he was not
alone....

Arr spent several days camped by the lake.
Each night he would climb a different tree and let the gentle sway
of the branches in the evening breeze lull him to sleep. Before
long he made the decision in which tree he was to build his home.
The branches of one of the trees overlooking the lake were perfect.
The tree lay open like a hand. In that palm he built his home. The
wood from smaller trees made the walls. The reeds, still growing by
the water's edge, made a waterproof roof. It was late spring by the
time the house in the tree was completed.

Jake Harcourt established orbit around the planet.
He was a mercenary, the son of a mercenary. Jake had just come from
'
One Hell of a Battle
,' if you
asked him. It had been on a small God forsaken planet in the Nubula
System that was nothing more than a rock. The crunch came because
the rock was almost solid galnon crystals. A very sought after item
- worth your mother's weight in gold - and that's what Jake liked,
the shiny stuff. Not that he didn't like the adventure of a good
fight, but he found since he turned thirty-nine a few weeks ago
some of the fun had gone out of the battles. Jake was finding more
aches and pains after each confrontation. That's how he felt today,
full of aches and even though he showered three times he still felt
gritty from that dirty little planet. He wanted to see some green,
relax for a few days and nurse his bad leg from that Arcanian pig
sticker. He checked his father's log for the closest planet that
was habitable, with a lot of green, where he could buy some fresh
grub from the friendlies. His dad kept a detailed log of all the
planets he visited and all the people he met in his forty odd years
of mercenary work. The entry for this planet he was orbiting
sounded like the ticket.

Met a trader today on Rigil Four.
Name of Raa.

Captain Nobody by Dean Pitchford
The Cross Timbers by Edward Everett Dale
Rose Madder by Stephen King
Papelucho en vacaciones by Marcela Paz
Odalisque by Annabel Joseph
No More Mr. Nice Guy! by Unknown
Steel Rain by Nyx Smith
Ouch! He Feels So Good! The Complete Collection (Taboo Erotica) by Saks, Krissy
Nikki and Chase by Moxie North
The Life-Changing Magic of Tidying Up: The Japanese Art of Decluttering and Organizing by Kondo, Marie