The Hollow Heart (The Heartfelt Series) 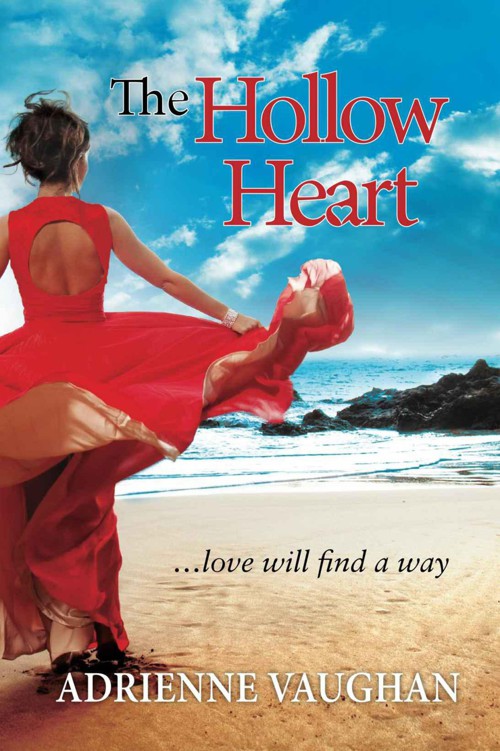 …love will find a way

How heavy hangs a heart that is just hollow?
How filled with lead the heart that knows no air?
It cannot lift with love, when spies a loved one.
It cannot miss a beat, with love to share.

What hollow heart could burst with love unbounded?
If the door was opened, just an inch,
And love, like light, could flood its empty chambers
And thus fulfilled the heart would never flinch.

The door to love stands proud and ever open.
The key’s been found and bravely flung away.
The hollow heart has found its only purpose,
And beats with joy...for love has found a way.

The moral right of the author has been asserted in
accordance with Copyright Design and Patents Act 1998.

No part of this publication may be reproduced, stored
in a retrieval system, or transmitted in any form or by any means without the
prior permission in writing of the publisher. Nor be otherwise circulated in
any form of binding or cover other than that in which it is published and
without a similar condition including this condition being imposed on the
subsequent purchaser.

This book is a work of fiction. The characters and
incidents are either fictitious or are used fictitiously. Any resemblance to
any real person or incident is entirely coincidental and not intended by the
author.

To my parents, Harry and
Marion –
for the love that binds us,
Reta my sister – the one heart and soul, shared…
…and my husband Jonathan, my love story.

In memory of
Tony Poole, the man, and Spike, the cat – two cool dudes.

Chapter One – An Unlikely Suitor

Chapter Two – Not Just For Christmas

Chapter Four – A World Of Difference

Chapter Five – After The Aftermath

Chapter Six– A Star Is Born

Chapter Seven – Stranger On The Shore

Chapter Nine   A Hooley In Maguire’s

Chapter Eleven – The Yanks Are Coming

Chapter Sixteen – Light At The End Of The Tunnel

Chapter Eighteen –  The Phoenix Fights Back

Chapter Twenty One – The Power Of The Pen

Chapter Twenty Six– A Smack In The Eye

She stood looking up at the large
iron gate, the gaps between the struts of twisted steel boarded up with blank,
grey ply. No view beyond. She lifted the latch and barely making an opening
large enough, slipped through to the other side. The gate swung closed on
well-oiled hinges, the latch clicked into place. No escape. And drawing in the
cool air, she willed her heart to still as she walked the short distance to the
door, eyes fixed on the ageing enamel sign. But the letters had faded and the
words were illegible.

There was nothing else to indicate what the place was about
or what took place inside, no hint of activity, no sign of life. She had been
here before but had never summoned the courage to go in. Now, she had no
choice. Her deadline was today, no time to change her mind or have a change of
heart. If she was going to do it, it had to be now. She felt a chill crawl up
her spine to her neck, she pulled her jacket collar up, shivering with
excitement, apprehension or something more sinister she did not know.

What she did know was that by pressing this tarnished, brass
door bell, her life could – would – alter for good. She pushed her shoulders
back and lifted her chin, she could just see the smeared reflection of her face
in the cracked paint. She blinked, caught between the girl she was and the
woman she might be. And here it was, the doorway to a past she did not want, a
future she could not avoid. She took a huge breath and pushed the bell; the
name just a smudge but she knew what it said; what it meant.

She heard footsteps coming towards her, she stepped back,
heart pounding, adrenalin pumping, fight or flight, her brain asked urgently,
come on hurry up, fight or flight, which? The door swung open, a young girl in
a gaily embroidered smock stood there, dark hair in braids, red ribbon woven
through; she smiled brightly.

“Hello, are you the reporter?” She asked in a slight accent.

“Come in, Sister Mary May will be in the Chapel, I’ll show
you.”

Adjusting
her shoulder bag and taking one last look up and down the street, Marianne
followed the girl into the hallway. In stark contrast to the exterior of the
building, the walls were painted yellow, the polished floor a honeyed walnut
and soft lighting doused the whole place in warmth. As they walked towards a
set of imposing doors at the end of the corridor, Marianne could hear a faint
musical murmuring, it was soothing, tranquil - disconcerting. The doors swung
noiselessly open and Marianne stepped into an enclosed courtyard. She stopped
to take it all in, squinting as her eyes adjusted. Above her a domed roof of
sapphire glass, littered with silver stars curved across the darkening sky;
before her a life-sized statue of the Madonna stood on a plinth carved into
what looked like the side of a mountain; a trickle of water at the statue’s
feet flowed into a pond strewn with petals, as rows of fluttering candles lit a
marble altar. Every hair on Marianne’s body stood to attention.

There was a loud crash, a clunking of metal and then next to
the altar, a door hidden in the rock, swung open and a large, elderly woman
bustled in. Fiddling with keys, she raised a hand to greet Marianne, letting
the door slam, the draught extinguishing the candles.

“Ah feck, I always forget to close this one first, if the
other is open,” She tutted, flicking on fluorescent lights. She crossed the
room, hand extended, her smile exposing yellow teeth and the remains of lunch.

“You’re the journalist then, what’s all this about? I’m very
busy you know, can we get straight to it?”

Marianne looked the woman up and down. She wore a bold
checked skirt, red golfing sweater, battered gilet and carpet slippers; her
crinkly hair was hennaed and twisted in a knot on top of her head.

“Yes, yes, who were you expecting, the Mother Superior from
the
Sound of Music
?” She put a hand to the wall and turned off the
Gregorian chant that had been oozing through hidden speakers. She stretched her
mouth encouragingly at Marianne, “Well?”

“I’m investigating a very serious allegation, Sister. I have
it on good authority this refuge is not what it seems. I’m told it’s operating
as a clearing house for the illegal sale and adoption of children.”

The woman didn’t blink, she just kept smiling at Marianne.

“Really? And whose good authority is this?” she asked, her
tone even.

“I can’t tell you that, but I can tell you I’ve evidence.
Through an internet search we have managed to reunite a woman and her daughter.
This woman says she came to this refuge as a frightened, young girl to have her
baby and it was stolen. She says she was drugged and told her baby had died.
She said she knew that wasn’t true and never stopped looking for her daughter.”

The nun pulled a packet of cigarettes from her gilet, lit
one and puffed on it, blowing the smoke into Marianne’s face.

“What absolute bollocks! And don’t quote me, no-one would
believe a nun said that. It is though, complete and utter nonsense. I’ve been
running this establishment for over thirty years, I know every woman and child
personally, it’s been my life’s work.” She moved forward to take Marianne’s
arm. “Come and talk to some of my girls. Yes, a few children are offered for
adoption, but only when we’re absolutely sure their natural mother is unable to
care for them. Always the best interests of the child at heart.
Always
.”

“DNA tests have proved the mother and daughter are genuine
and the woman was here, she has copies of paperwork and a death certificate for
the baby which we now know is fake. Will you confirm or deny this woman’s
story, Sister?” Marianne stood her ground. The woman dropped the cigarette and
crushed it underfoot.

“You’re being very stupid young lady and I’d advise you not
to take this any further,” Her voice barely a whisper as her eyes burned into
Marianne.

“When the story breaks more women will come forward. I’ve
spoken to some already but they’re scared they’ll ruin their children’s lives
and they’re terrified, terrified of you.” And for a split second Marianne
wondered if someone in her life, someone she did not know yet was closer to her
than anyone else in the world, had been the victim of a scenario such as this?
That one thought, that single hateful wish was the one thing that made what had
happened to her, bearable, forgivable.

Her brain snapped back to the present, as the nun

turned on her heel, plaid skirt thwacking against her knees
as she moved.

“Time you left, I’ve heard enough.” She strode to the
corridor. “Anna, the so-called journalist is leaving.” The young girl appeared
instantly, hurrying to open the front door and escort Marianne through it.

“This isn’t the end of it,” Marianne threw back as she left.
“I’m going to press with what I have, I’ve a deadline to meet, you had your
chance.”

“What was your name again?” the woman called out. “So I get
it right when I report this harassment to the police.”

“Coltrane? I knew some Coltranes once, nice people they
were.” The woman sneered after her. Marianne passed quickly through the door,
pulling it tight shut behind her. The evening had become night, and as she
walked into the dark, a bitter wind stung her face. She hurried on, she needed
to file her report and decide upon her next move.

Chapter
One –
An Unlikely Suitor

The runner pushed open the office
door, a bundle of newspapers gripped tightly under one arm. He peeled off a
copy and slapped it on her desk.