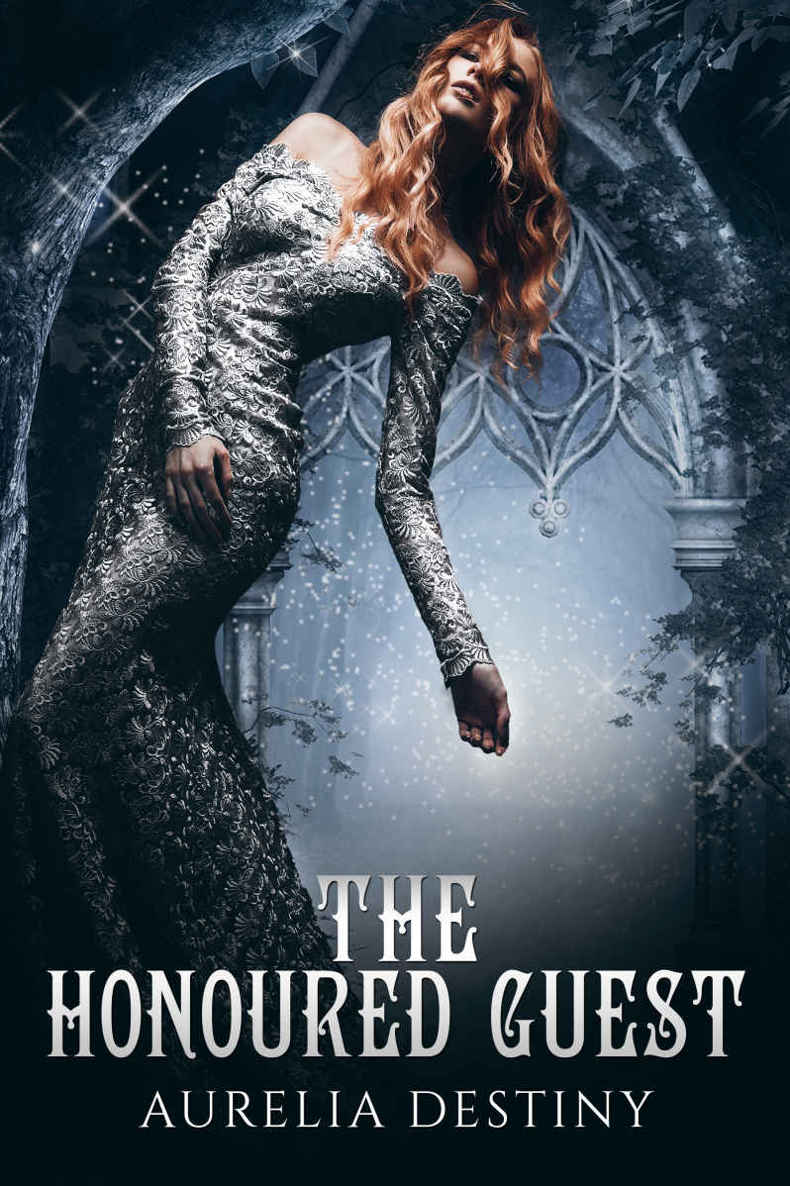 This is a work of fiction. Names, characters, places, brands, media, and incidents are either the product of the author’s imagination or are used fictitiously. Any resemblance to actual person, living or dead, events, or locales is entirely coincidental. The author acknowledges the trademarked status and trademark owners of various products referenced in this work of fiction, which have been used without permission. The publication/ use of these trademarks is not authorized, associated with, or sponsored by the trademark owners.

Acknowledgements:
A massive thanks to my family on the Destiny’s Gateway Facebook group. Without the continuing support of you all, I would never have had the courage to go this far. I love you all.

Thank you to Kerry, my Editor, who stuck with a newbie and made certain that my dream to be published became realised.

And thank you, Val, your help was invaluable.

Book Description:
Fifteen year old High School student, Chelsea Tanner is kidnapped from her bedroom one night by a giant. As if that wasn’t terrifying enough, she wakes up in a forest, surrounded by creature’s right out of a fairy tale!

She is taken to the Unseelie Court, where the Fae are holding a Great Feast. Once a year they take a mortal from the Earth Realm and hold a celebration to honour their Goddess and their Queen, Mab.

The Fae are beautiful and kind and treat her as if she is a Princess, but Chelsea gradually realizes that beneath their friendly demeanour, and joyous celebrations, lies something quite sinister.

Will she be able to figure out what their real plans for her are before midnight, and escape, or will she never leave the enchanted forest?

Chelsea’s eyes slowly opened as her mind clawed its way out of a deep sleep.

For a few long moments, she stared blearily around her dark bedroom, the numbers on the alarm clock next to her bed glowed redly. It was 3:10 am.

She propped herself up onto one elbow, shoved her messy, curly red hair away from her face, and glanced around her room to figure out what had woken her. She saw her clothes lying on the dresser, ready to wear to school in the morning, her bookshelf, her computer hummed quietly, the monitor light steady.

Her green eyes went to her closed bedroom door and she listened, but she couldn’t hear either her parents, or her brother, Ben, in the kitchen or the lounge. A moment later she heard her dad’s soft snoring from the room down the hall and she sighed. They were all asleep.

Just as she was settling down again, a faint noise in the back of her mind was becoming more apparent. She realised that she'd been hearing it since she had woken up.

There it was, every few seconds. She counted between sounds and waited. Four seconds passed and the deep thud came again, and then again. “What
is
that?”

Chelsea closed her eyes, frowning as she listened hard. What on earth was making that noise? Was it getting louder? It sounded like huge, echoing reverberations with a big pause in between each.

Something about the rhythmic thudding instilled a sense of bone chilling terror into her. She recalled a memory from her childhood -
Jack and the Giant Beanstalk
- and the words -
fee-fi-fo-fum.

When her mum had first read that story to her, when she was only three years old, she’d clutched her teddy bear in her arms and hoped that she would never meet a giant. For years afterwards, she’d tense whenever she heard the sound of deep bass thuds, and visions would form in her mind of a huge form moving through the town towards her house.

It had always been a stupid fear, and her brother Ben had mocked her for it endlessly, but it had always remained. Her mum had never read that story to her again once those nightmares had begun and years later, it was nothing but a bad memory. Until now.

“I'm being stupid,” she realised, rolling her eyes. “Giants? Come on.”

Chelsea let out a shaky breath and buried her head tightly under the comfort of her warm quilt, trying to drift back to sleep. It was probably just…a truck on the freeway, or a minor earth tremor, or something totally logical. Ah! Music. It was the bass of drums at some party nearby. “Of course it is,” she muttered in relief.

The thudding continued and she drifted briefly towards sleep.

She woke up a while later to the same noise, and shaking off sleep, she realised that the sound was louder.

No, not louder;
closer
.

Chelsea’s heart began that uncomfortable rhythm once more and she swallowed; her green eyes huge in the darkness under her bed covers.

She shoved
back her comfy quilt, with a depiction of the Anime heroine Eternal Sailor Moon on it,
scrambled out of her bed and stepped toward the window.

As Chelsea made her way warily to the window, she caught sight of herself in the full length mirror on the wall next to her double wardrobe. A slender, ghostly form with messy hair, dressed in white shorts and a red camisole that complimented her not-so-well-endowed chest.

She pushed back her emerald green curtains, that matched her eyes perfectly, and the white lace sheer curtains that provided some privacy when the rest of them were pulled wide open to let the sunshine in.

She couldn't see anything down the street from the this window, one of the four rectangular high windows in her room. When she shifted to the other window, and peered into the inky darkness, she could make out things far more clearly, way past the end of her building to where the sound was coming.

Nothing, but a stray blue car (of some type) zooming through a red light. Perfectly normal for Sydney. She grinned at her thoughts and let the curtains slide from her fingers, back over the window, leaving the room in darkness.

Her toes curled at the vibration she could suddenly feel through her bare feet, through the carpet and even through the concrete beneath the carpet. She wondered just how heavy something had to be for her to feel it even four floors up from the ground.

She cracked the curtains open again a little and stared out, gaze going to the street four floors below to see it was absolutely empty of people and cars, usually making their daily work trek by now.

When the noise came again, she turned to look down the block, attempting to locate what the sound was and how far off it was. Chelsea couldn’t determine either, but something nagged inside her - a sense of danger.

She went to her bed and sat down on the covers, reaching for her iPhone on the wooden bedside table that was scattered with all her knick-knacks. When she clicked the home button it lit up her pale face; she quickly keyed in her pin and went to the messages. She found her best friend, Kate, and entered a quick message.

Kate only lived about ten blocks away. It wasn't the direction that the thudding was coming from, but surely she'd be able to feel it too.

A minute or so passed and then a message came in. From the frowning smiley face emotion, she knew that her bubbly friend was a little pissed to be woken up at this hour.

Before Chelsea could thumb a reply, the blonde sent another message.

Actually, she
had
drunk a Red Bull energy drink rather late, before bed at 10:00.

Chelsea scowled at the phone and glanced back to the window, still able to feel the vibration under her feet. Her head swung around to stare at the door, consideringly. Should she go and wake her brother? Ben would be less likely to yell at her than her dad, but far more likely to mock.

Her head shot around and she gaped at her desk and the text books spread out all over it, haphazardly. Damn, her maths test has slipped her mind. It was the reason she'd been drinking the Red Bull, so that she'd be wide awake and could cram her head full of formulas at the last minute. She'd never been very good at math.

The Red Queen by Margaret Drabble
The Vanishing by Bentley Little
Into the Deep by Fleming, Missy
Night of the Black Bastards (An Action-Packed Thriller) by Casey Christie
Las seis piedras sagradas by Matthew Reilly
The Submissive Sorority Girl by Edward Laste
Dark and Bloody Ground by Darcy O'Brien
Take Me There by Susane Colasanti
The Noh Plays of Japan by Arthur Waley
Hero - The Assignment: A Military Romance by Parker, M. S.