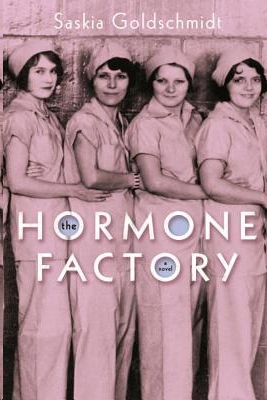 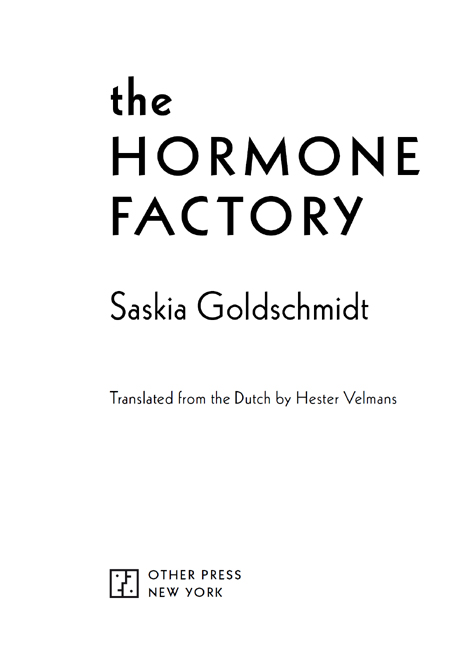 All rights reserved. No part of this publication may be reproduced or transmitted in any form or by any means, electronic or mechanical, including photocopying, recording, or by any information storage and retrieval system, without written permission from Other Press LLC, except in the case of brief quotations in reviews for inclusion in a magazine, newspaper, or broadcast. For information write to Other Press LLC, 2 Park Avenue, 24th Floor, New York, NY 10016. Or visit our Web site:
www.otherpress.com

Publisher’s Note:
This is a work of fiction. Names, characters, places, and incidents either are the product of the author’s imagination or are used fictitiously, and any resemblance to actual persons, living or dead, events, or locales is entirely coincidental.

Do not go gentle into that good night,

Old age should burn and rave at close of day;

Rage, rage against the dying of the light.

Day by day I seem to be sinking more deeply into the gloom that has characterized so much of my time on earth. I know them well, the days when it feels as if you’re stuck ankle-deep in filthy, glutinous sludge and even the slightest movement demands just too much effort. The hours you lie in bed motionless because you’re locked in a cocoon of wretchedness. It’s from that supine position that you survey the world. The sun that rises and shines, as if its light could possibly make any difference. Mizie entering the room with her mirthless smile. The hustle and bustle of people in the street, as if their comings and goings made the world even one jot better or worse. Yes, for years I operated under the same delusions. Ah, how I believed that I mattered, that with my abilities, my determination, my intelligence, I would make the world a better place! And I have left my mark, that’s true. But whether it’s helped the world—who the devil knows? Out of the frying pan and into the fire, that’s all it ever amounts to, for every damn one of us.

Way back when, even in the darkest days of my depression, I always knew I’d eventually emerge from my cocoon, that I’d reconnect with the world and dive back into the fray. And I didn’t do it half-assed; I was one of the winners. Ever since
Darwin, we’ve known that it’s either eat or be eaten. I always was a contender. But in the final analysis, all that striving has left me with just a single insight, and that is that none of it matters. Whether you’re the winner or loser, perpetrator or victim, it doesn’t make a damn bit of difference.

I have now come to accept that this time I won’t escape. This is the end, the godforsaken final chapter. And how I long to turn my back on this madhouse, to breathe my last! I’m done for, finished, and high time too!

But death is a heartless thing; first it goes for the tender morsels. The reckless kid leaping on his motorbike only to crash headlong into an eighteen-wheeler, the fat sow in her fully automatic Volkswagen stalling in the middle of a railroad crossing, the young mother blissfully giving birth only to realize once the labor is over what a risky business it is to pop such a frail little bundle out into the world. In the prime of life, that’s when death likes to get them.

But a tough old geezer on his deathbed like me it prefers to ignore. Endlessly putting off the time of departure.

I am still complete master of my mental faculties, which, like some cruel joke, make me exquisitely aware of each and every physical debility. Damn this body, slave to so many uncontrollable urges! The bodily functions are packing it in one by one, like lab rats being used to test something that leaves them belly-up in their cages gasping for air. The pain keeps getting worse and the reprieve of sleep grows ever more elusive.

Ezra has been arrested, the silly fool. Mizie has tried to hide it from me, but the young thing assisting her with my mortifying care left her newspaper behind. Front-page news. Well, that’s par for the course. A total lack of self-control, right at the most critical juncture in his life. That boy never did know where to stop. In his passions, his ambitions, his drive, and his physical needs. Always hungry for more. Whether it’s food, attention, power, or sex, he never can have enough. The fear of being overlooked, of missing out, was in him from the moment his mother gave birth to him. The fate of being the youngest in the family. Having to fight for attention right from the start.

The greed with which that child latched on to his mother’s breast—it was something I’d never seen in any of the others. He drained her from the word go. He was so rough with her, the little monkey, so determined to suck his mother dry to the last drop that she howled in pain. His toothless mouth clamped on her nipple and refused to let go, no matter how loud she screamed. A little monster, he was, our youngest. Rivka, who had always taken pleasure in nursing her brood, gave up on him soon enough. He devoured her very peace of mind, that boy, he just sapped too much of her energy and lifeblood. One day I
came home unexpectedly, catching her unawares. There she sat, gripping the bottle, a struggling Ezra in her lap. The boy, all red in the face from howling, kept trying to grab her breast, safely tucked away inside her copious bra and black lace blouse. A flushed Rivka had Ezra in a stranglehold and was attempting to force the flaccid rubber nipple into his mouth; he immediately spat it out again in disgust. He always did have good taste, my youngest. When she saw me she began to cry.

“Mordechai, this child, this cuckoo in the nest—I’ve tried, but I can’t. I breast-fed all four of the little girls with love. But this devil child—I can’t take it anymore,
you
deal with him!”

She hurled the bottle across the room, thrust the screeching infant into my arms, and fled the room in tears. I had come home to change before leaving for London for an important meeting to secure our foreign interests. It was February 1939, and this was promising to be a mammoth session, one that would almost certainly end with a lavish dinner to celebrate a successful outcome. For when I negotiate, I keep at it until I’ve struck a great deal; I won’t stop until it’s done.

I carried the boy to the office—we lived next door to the factory—and ordered Agnes, my willing, discreet, and smooth-tongued secretary, to fetch Alie Mosterd. I knew she was suckling another little tyke. She worked in packaging and her family was always struggling to make ends meet, so a little extra income was bound to come in handy. It was soon settled. Alie would nurse the boy for five guilders per month plus a weekly food parcel, including all the necessary vitamins and minerals. Not to mention free supplements for her entire family. Five guilders was an enormous sum; in those days a liter of horse piss cost me only four-fifty. But hey, you can’t feed a baby on horse piss, and problems are for the solving. If anyone deserved a little extra, it
was Alie. A sweet gal, healthy too; didn’t smoke, didn’t drink, always punctual, had started working here as a young girl. She’d begun to look a bit run-down, however. Her husband worked in our warehouse and was reliable, a simple but decent fellow. With her, Ezra would be in good hands. We arranged that she’d come and give the boy five feedings a day. That would take the pressure off Rivka. I had our little girls to think of too, after all. They didn’t need a mother suffering from nervous exhaustion, and I didn’t need a wife who wouldn’t stop blubbering. We’d see if it was still necessary in a few months’ time, once the boy was ready for solid food. I asked Agnes to please inform Rivka of the arrangement after she had calmed down a bit. Then I changed my clothes in a hurry and got to the airport just in time to catch my plane to London. Getting things done pronto, that’s always been my forte.

Speed is my middle name, unlike my twin brother, Aaron, who was always slowness incarnate. He was stuck in first gear all his life, whereas I was always stepping on the gas, shifting from neutral to sixth in the blink of an eye. Getting ahead, that’s what life’s all about. Aaron just didn’t have it in him. Whether it was school, or women, or self-preservation, he always seemed to be two steps behind. When we were kids, I’d take to my heels as soon as a gang of Catholic scum started coming after us, but Aaron would freeze like a petrified rabbit in the headlights. I can’t tell you how many times I had to rescue him from the clutches of his Christian persecutors. Except for that last time, years later, when I failed to save him. Although I could have, if he hadn’t been so goddamn stubborn. It was that fanatical rectitude of his, trumping every instinct for survival. I’m not one to let my conscience bother me; it was Aaron’s moral principles that sent him toppling into the abyss. As if we weren’t all animals—eat or be eaten. Not to speak ill of the dead, but Aaron was a loser his entire life.

I threw myself wholeheartedly into the competitive fray. Those were the days, the time when we were constantly coming up
with one scientific breakthrough after another. It was an incredibly exciting struggle that never let up—to be the first, to crush the competition, to outsmart the best in the world day in, day out. And were we ever good at it!