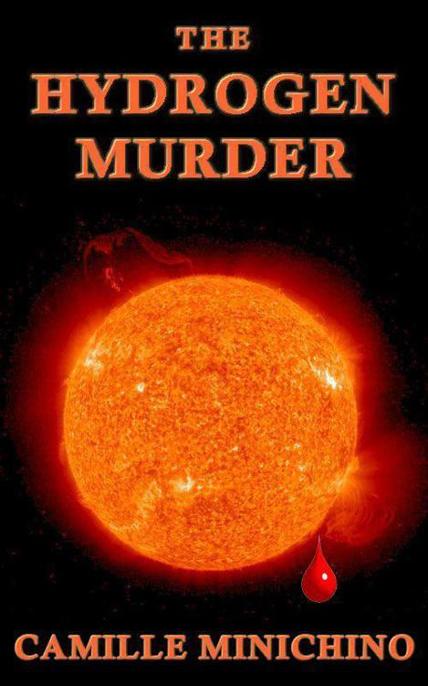 At two o'clock on Tuesday morning, Eric Bensen got into his
aging cream-colored Volvo and drove to the laboratory complex. He needed one
more look at the data, with no one else around, before he settled on his course
of action.

City traffic does sleep, he thought, as he wound through
deserted streets a few miles from Boston, a light October rain bouncing off his
headlights. Eric parked in front of the three-story physics building and let
himself in through the back door.

Even in the middle of the night, the corridors were noisy
with the whining of generators and the hum of long fluorescent tubes in the
ceiling. Patterns of tiny red, yellow and green dots from filaments and
stand-by lamps reminded Eric of miniature traffic lights spread at random over
the racks of electronics visible through small windows in the heavy metal doors
that lined the hallway.

Eric walked past dark offices, supply closets, and workshops
smelling of acids and graphite. He headed down a ramp and entered the basement
room that held his gas gun—sixty feet of pistons, valves, and gases
encased in metal piping, the heart of his hydrogen research. He flicked on the
overhead lights, sat at his computer and picked up the printout from Monday's
runs.

Resting the thick sheaf of data on his lap, Eric weighed his
choices. He could kill one or two lines in the software program and the
annoying result would disappear. Or he could acknowledge the error he and his
team had made, retract their journal article, and be responsible for setting
ten scientists, including his mentor, back to square one.

Eric took a deep breath and ran his fingers through the
small amount of dark brown hair he had left. With a wrinkled brow and heavy
glasses, he looked much older than his thirty-one years.

Eric was within two months of getting his doctorate and
moving on to a real job with a good salary and some free time to put his
personal life in order. The ticking of the generic clock on the wall above his
desk seemed to grow louder as he thought of his wife's constant nagging about
starting a family.

He swiveled around, rotating from side to side in his
patched gray vinyl chair. Clockwise, instant recognition in the field of
hydrogen research and financial security for life. Counterclockwise,
embarrassment and disappointment for him and his colleagues.

"I thought you'd be here," said a familiar voice.

Eric stopped short and watched, as if in a trance, as the
figure moved toward him. His eyes formed a question that he didn't bother to
ask. He looked at the gun pointed directly at him and turned away, the slowness
of his motion at odds with the intense speed of his thoughts. His fingers
brushed the keyboard just before the first shot rang out.

Eric fell to the floor. The sounds of two more shots echoed
in his brain.

His chair rocked for a few moments without him, then slowed
to a full stop.

I blame my mother for all my character flaws. My inability
at fifty-five years of age to decide whether to relax to an old Perry Como
album or ride my exercise bike to operatic drinking songs, can be traced to my
first twenty years with Josephine Lamerino.

"You don't like yellow," Josephine would tell me.
"You don't want that blouse. It'll only hang in the closet. And forget
skating lessons, Gloria. You're not athletic." No need for decision-making
with Josephine around to do it for you.

Now with an evening free, a rarity since I'd come back to my
hometown just north of Boston four months ago, I was like an electron searching
for an orbit. I couldn't focus on what I wanted to do. I looked around my newly
furnished living room, lined with neat rows of science books, biographies, and
an occasional classic. I caught my reflection in the large framed print of a
cable car on the highest street in San Francisco, a farewell present from the
friends I'd left in California, and straightened up to my full five feet three
inches.

Maybe there'll be a murder tonight, I thought, something to
give me a focus. A strange thought, but thanks to old friends looking out for
my mental health, I'd been asked to help the Revere Police Department on
science-related cases. Working on my first and only contract thus far, I'd
testified as an expert witness in a murder trial involving a chemist as
defendant.

I'd felt a thrill to match my best research day when I was
able to give homicide detectives the break they needed—I decoded a
formula for liquid tungsten that eventually led to proof of industrial
espionage as the motive for a murder. I considered myself an official amateur detective,
if there were such a thing.

Not exactly what I had in mind when I took early retirement.
I'd cleaned out my Berkeley condo and my physics lab, signed for my bonus, and
flown east. My only plan had been to return to the place I'd fled thirty years
before and see what it felt like.

I made a private
resolution to give it a year, then make a new decision. For someone who had a
hard time choosing between "Hot Diggety-Dog" and the opening chorus
from
La Traviata
, I'd set a lofty
goal for myself.

When my phone rang, I was on my way across new blue and
white speckled linoleum to the refrigerator, another habit learned from
Josephine. When bored or in doubt, have a snack. I was relieved to hear Rose's
voice. I didn't really want someone murdered just to make my evening
interesting.

"The car's ready for you," Rose said. "Why
don't I drive over and we'll go for coffee. You can finally dump that old Jeep
you brought from the West Coast."

Rose had been my biggest supporter when I first entertained
thoughts of coming home again. We'd gone to grade school and high school
together, and had never lost touch. After Revere High, I commuted to college in
Boston. Rose went to secretarial school, married our childhood friend Frank
Galigani, and had two sons and a daughter before I finished a B.S. in physics.
By the time I became Doctor Gloria Lamerino six years later, Galigani's
Mortuary was a thriving business.

"This is where you belong," Rose had said when I
told her I was thinking of moving back to Revere, "even though it's not
the same as when you left."

"You mean it's not half Italian and half Jewish
anymore?" I'd said. I already knew that the last three decades had brought
great changes in Revere, with large groups of Asians moving into the old Jewish
neighborhood on Shirley Avenue. But if the information I'd gathered from the
Internet was correct, the city was still more than ninety percent Caucasian.

Rose laughed and told me not to worry, Italians were still
the majority group and Luberto's Bakery on Broadway had pastry to die for.

"The cannoli are as good as Josephine’s," she'd
said, thus providing one more reason for me to return.

Rose even had a plan to help me get started again in Revere.
She set me up in the apartment above the funeral home she and Frank operated,
and made arrangements to hand down last year's Cadillac. Galigani's Mortuary
kept only the newest models in its fleet, so I could count on a great used car
deal every October.

While I waited for Rose and my new black luxury car, I
looked out my window at the enormous Romanesque church standing less than a
quarter of a mile away, outlined in the fading sunlight of early fall. Of all
the structures that were part of my youth, Saint Anthony's was the only one
that had survived the years. My beloved grammar school, the Abraham Lincoln,
had burned to the ground, and my crumbling red brick high school had been razed
and replaced by a more modern facility with much less architectural character.

Worst of all, the two-mile long Revere Beach Boardwalk, with
its giant roller coaster and Ferris wheel, Bluebeard's Palace, and daredevil
rides, was history. Multi-story apartment buildings lined the oceanfront
property where once there were frozen custard and pizza concessions, carousel
horses, and bandstands. I'd driven along the coastline once or twice since
returning in June, but still hadn't summoned the courage to take a long slow
walk along the stretch of beach and boardwalk where I had my first job, my
first kiss, my first inkling that I was a person. Later, I told myself, when
it's colder and the crowds of beach-walkers have gone.

I heard a car drive up and went to the door. Prepared to
greet Rose, I saw instead someone I hadn't seen in thirty years. He was wearing
a gray and black tweed jacket and flannel slacks with a crease as sharp as a
laser beam. His arms overflowed with a dozen red roses and a box of Fanny
Farmer butter creams, my favorites. My old boyfriend Peter Mastrone, voted best
dancer in our high school class.

I stepped back, and with one smooth gesture fluffed my
short, curly hair and straightened my faded blue and gold Berkeley sweatshirt.

"I wasn't expecting you," I said, glancing at my
oldest jeans with a hopeless look.

"If I waited for you to phone, it would be another
thirty years," Peter said. "I figure you came back to marry
me
this time." His wide grin was
familiar and comforting, his wavy hair, mostly gray, a reminder of how my own
had changed color since I last saw him.

I breathed in the newly arrived smells of chocolate,
flowers, and after-shave and had the sense of being thrown back in time. An old
confusion of feelings stirred, as if there were decisions still to be made, or
unmade. I tilted my head and smiled.

Before he could cross the threshold, we had more company.
Rose came up the stairs and into my hallway. She didn't seem surprised at
Peter's presence, and I made a mental note to ask her about it later. Not much
taller than I, but a great deal trimmer in her designer jeans, and without a
gray hair on her head, Rose followed Peter into my living room.

"I brought the newspaper with me," she said,
holding out
The Revere Journal
.
"There's a piece in here about a physicist I remember hearing you talk
about, Gloria."

Peter and I
leaned over Rose's shoulder as she pointed to a small grainy photograph of Eric
Bensen. "Local Scientist Found Shot To Death," the caption read.

"Isn't he the one you know from California?" she
asked. "He was murdered early this morning over at the lab at the end of
Charger Street."

It's a good thing I hadn't decided what to do tonight. This
evening is out of my hands.

It worried me that presented with a new car, an old
boyfriend bearing gifts, and a murder, I zeroed in on the murder. After a brief
concession to "remember when we . . ." and "whatever happened to
the girl who . . ." with Rose and Peter, I got to what really interested
me.

"Eric Bensen's research team is the one that may have
made the biggest breakthrough yet in metallic hydrogen," I said. "I
wonder if that had anything to do with his murder."

"And what could it possibly have to do with a
murder?" Peter asked.

From their opposite corners of my brand new blue-gray couch,
they both reached into the bowl of pretzels, so I knew their questions were ten
percent interest and ninety percent polite. I answered them anyway.