Read The Inspector and Silence Online

The Inspector and Silence 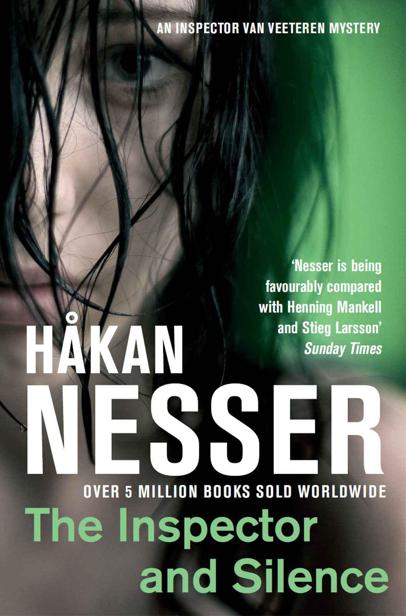 THE INSPECTOR AND SILENCE

Translated from the Swedish by
Laurie Thompson

Imagine her being attacked, raped and murdered.

The girl in bed number twelve woke up early.

A summer morning. The gentle light of dawn sneaked in through the inadequate curtains. Started thawing out the night, a bit at a time. Levering up the darkness out of corners, prying into the other girls’ innocent dreams. Their contented sniffling. She lay there for a while, listening to them. Trying to identify them. Kathrine was lying on her back as usual, snoring gently through her open mouth. Belle was hissing like a snake. To her right, Marieke was puffing away; one arm was dangling down by the side of the bed, and her mop of red hair was spread like a fan over her pillow. A drop of saliva trembled in the corner of her mouth – perhaps she should creep over to her and use a corner of the sheet to wipe it away? But she desisted.

She would have liked to tell Marieke what she was going to do. Marieke if nobody else. Say something; leave a message, anything. But she still hadn’t made up her mind the previous evening. She’d been humming and hawing. It wasn’t an easy decision to take. She’d lain there, brooding over it; tossing and turning and making the iron-framed bed groan and creak until well into the night – both Marieke and Ruth had wondered if she was ill, and Belle had begged her several times to stop making such a row.

Belle was a bit of a pain, but her dad was a close friend of Yellinek’s so it was advisable to keep well in with her. That’s what they said, at least. But then, they said all kinds of things at the Waldingen camp.

Anyway, she’d been tossing and turning. She’d no idea when she’d eventually fallen asleep, nor did she know what time it was now – but her body was telling her that she hadn’t had all that much sleep. In any case, now the moment had arrived – and . . . ah well, she’d better get up. Her internal alarm clock had worked as it always did; but of course there was no reason why it should continue to keep her awake. No reason at all.

She carefully folded back the heavy duvet and sat up. Dug out her jeans, T-shirt and trainers from the bedside cupboard and dressed quickly. Noticed that the pain in her stomach had returned, but brushed it to one side with the aid of her anger.

Her anger and sense of justice.

Scraped together the rest of her belongings in controlled haste: not easy to find room for everything, but she managed it. Fastened her rucksack and crept out. The door creaked as usual as she opened it, and some of the steps sighed unhappily when she trod on them, but in less than half a minute she was outside.

Scampered over the dew-laden grass and up towards the edge of the forest, stopping only when she had crossed over the little ridge and descended into the first of the hollows. Out of sight from the buildings, and out of reach.

She paused for a while among the blueberry sprigs, shivering in what remained of the chilly night air while she worked out points of the compass and directions. Noticed that her teeth were chattering. If she kept going straight ahead through the trees, she must sooner or later come to the road, she knew that. But it was a long way. Even if she managed to stick to a more or less straight line it would take half an hour at the very least, and of course she couldn’t be certain that she’d be able to avoid going round in circles. By no means certain. She had lived in cities all her life: being close to nature among all these trees was not the environment she was used to.

She was playing away from home, you might say.

In normal circumstances she could have said a prayer, of course. Prayed to God and asked Him to stand by her and help her along her way; but it didn’t seem right this morning.

Not right, and somehow not really honest.

God had started to look different recently. Yes, that’s roughly what it seemed like. Become big; difficult and unapproachable, and – even if she didn’t like to accept the thought – a bit frightening. The gentle, bearded, grandad-figure of her childhood was swathed in shadows.

And now that she came to think about it, she realized that it was because of that very darkness that she was standing here in among the blueberry sprigs, wondering what to do next.

Hesitating and fighting against her fear and her anger. And her sense of justice, as already mentioned.

Yes, that was why.

The terrain sloped down to the right. Towards the lake and the winding dirt road leading to Fingher’s farm, where they used to take it in turns to go every evening, to fetch the milk. And potatoes and vegetables and eggs.

Always two groups of four, each with one of the rickety carts, and with Yellinek in the lead. Nobody could really understand why it was necessary for Yellinek always to be there when they went to the farm. Surely one of the sisters could have done it? Although it could have been to protect them from danger. That’s probably why. Fingher’s farm was the only contact they had with the Other World, as Yellinek used to call it in his talks, the ones he held both in the mornings and every evening.

Now I’m standing in the Other World, she thought. I’ve only ventured a couple of hundred metres into it, and already I’m not sure which way to go. Perhaps everything really was like Yellinek said it was, after all? Perhaps it really was Yellinek’s God who was the real God, and not her own – her kind and forgiving and almost a little bit child-like God, full of joy?

The hell it is, she muttered to herself with another shudder, this time mainly to reinforce her thoughts. What’s the point of a God who isn’t gentle and kind?

But what she would do if she did eventually manage to get to the main road – well, that was something neither she nor either of the Gods could answer.

Something will turn up, as her grandma used to say. I’ll think of something. She cast one more glance back over the ridge, towards the buildings; all she could see sticking up over the trees was the very top of the pointed roof of the dining room.

And the big, black cross, of course, the one they’d nailed together the very first day they arrived. She took a deep breath, turned her back on all that and began to make her way down towards the lake. Best to stick to the familiar dirt road after all.

She emerged from the trees close to the enormous birch that she and Marieke had discussed carving their names into before they left.

Always assuming they could find a way of slipping out unnoticed, that was the problem. They would have to steal twenty minutes from the Pure Life, sneak out and then back in without being seen. They didn’t really fancy their chances of actually doing it, it was just one of those things people said; but here she was now, in fact, rubbing her hand over the smooth, white bark.

The Pure Life? she thought. The Good Shepherd?

A lot of crap.

The word came into her mind just as quickly as it had done yesterday. Crap. She hadn’t been able to hold it back then, it had flown out of her mouth like an angry and hotheaded little swallow, and in a flash it had changed into a big cloud.

Yes, that’s exactly what it was like. A dark and threatening cloud hanging over the heads of everybody in the Hall of Life. It made the girls hold their breath, and Yellinek’s pale eyes slowly turn to stare at her for several seconds that felt like days.

‘I want to have a word with you afterwards,’ he’d said eventually, then turned his eyes away again and continued talking in his usual low voice. About Purity and Whiteness and Nakedness and all that stuff.

Then later on in the White Room.

But not even there did he waste many words on her. Merely stated the fact.

‘The Devil, my girl. You have the Devil inside you. Tomorrow we’ll drive it out.’

Then he’d sent her off to bed with a weary gesture.

She had heard about driving out devils, but had no idea how they went about it. She’d thought it was something that only grown-ups did, but evidently not. Anybody could be possessed by the Devil, even a little child; that was something she’d learned last night.

And now it was going to be driven out. That was bound to be an unpleasant experience. Much worse than the caning to drive out sin – and although she had been here for two weeks now, she still hadn’t grown accustomed to that. After every session she needed to cry a bit in private, but she hadn’t noticed any of the other girls needing to do that.

And now the need to cry had struck her again. Without any warning, she felt a burning sensation in her throat and then the tears started to flow and she had to sit down by the side of the road. Just for a few moments to let it run its course and go away. It was silly, wandering around in the middle of the road and sobbing. Even if it couldn’t have been later than six or half past – and even though there was virtually no risk of meeting another soul – it was silly.

She found a handkerchief in her rucksack and blew her nose. Remained sitting there for a few minutes, to be on the safe side, and it was just as she was about to stand up and continue on her way that she heard a twig snap close by, and she quickly realized that she was by no means as alone as she had imagined.

‘And who’s saying that?’ wondered Jung as he opened a can of Coca-Cola. ‘That he’s intending to pack it in, I mean?’

‘I don’t know who started it,’ she said. ‘But Rooth and Krause were talking about it in the canteen yesterday . . . I’m not surprised, if it’s true.’

‘By what?’ asked Jung. ‘What doesn’t surprise you?’ He took a few large swigs and tried not to belch.

‘That he’s had enough, of course. He must have been at it for thirty-five years, at least. How long are you intending to keep going for?’

Jung considered the question while discreetly breathing out some carbon dioxide fumes through his nose.

‘There’s always a chance of getting shot before your time’s up, that’s for sure,’ he said. ‘If you’re lucky. No, I try to keep fit and healthy by not thinking about such matters. Have some of this.’