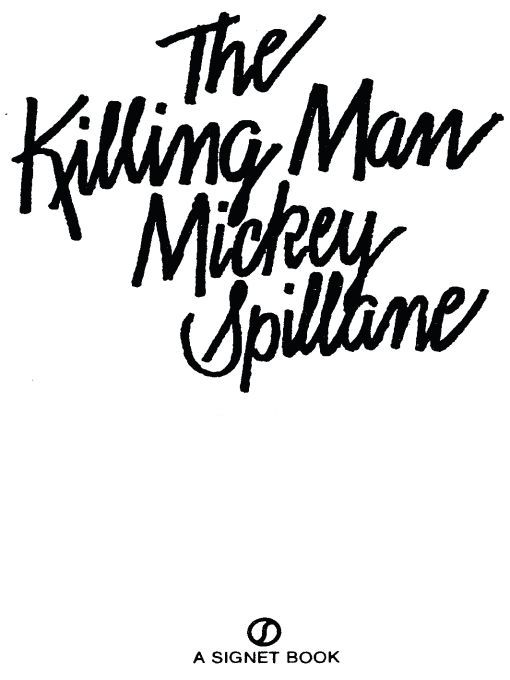 Table of Contents
Title Page
Copyright Page
Dedication
Chapter 1
Chapter 2
Chapter 3
Chapter 4
Chapter 5
Chapter 6
Chapter 7
Chapter 8
Chapter 9
Chapter 10
Chapter 11
Chapter 12
Teaser chapter
THE HAMMER TOUCH
Velda wasn’t at her desk. Her pocketbook sat there and a paper cup of coffee had spilled over and stained the sheaf of paper before dripping to the floor. And I didn’t have to move far before I saw her body crumpled up against the wall, half her face a mass of clotted blood.
The door to my office was partially open and there was somebody still in there. I couldn’t play it smart. I had to explode, and rammed through the door ready to blow somebody into a death full of bloody, flying parts.... That was how it began. Then it got really rough....
THE KILLING MAN
“Mickey Spillane is one of the best-selling writers of our time ... Mike Hammer is an icon of our culture.”
—
The
New York Times
PREVIOUS BOOKS BY MICKEY SPILLANE
I
, the Jury
My Gun Is Quick
Vengeance Is Mine
One Lonely Night
The Big Kill
The Long Wait
Kiss Me, Deadly
The Deep
The Girl Hunters
The Snake
Day of the Guns
Bloody Sunrise
The Death Dealers
The Twisted Thing
The By-Pass Control
The Body Lovers
The Delta Factor
Survival Zero
The Last Cop Out
The Erection Set 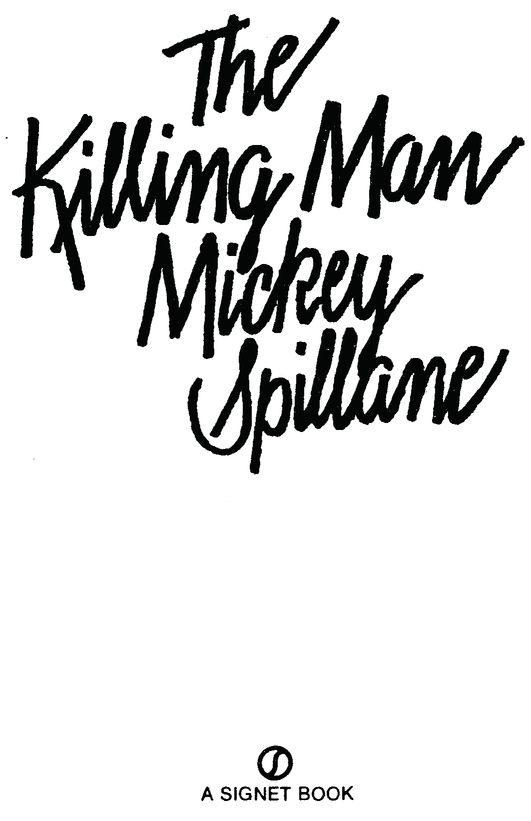 POSTERED TRADEMARK—MARCA REGISTRADA
Without limiting the rights under copyright reserved above, no part of this publication may be reproduced, stored in or introduced into a retrieval system, or transmitted, in any form, or by any means (electronic, mechanical, photocopying, recording, or otherwise), without the prior written permission of both the copyright owner and the above publisher of this book.
PUBLISHER’S NOTE
This is a work of fiction. Names, characters, places, and incidents either are the product of the author’s imagination or are used fictitiously, and any resemblance to actual persons, living or dead, events, or locales is entirely coincidental.
BOOKS ARE AVAILABLE AT QUANTITY DISCOUNTS WHEN USED TO PROMOTE PRODUCTS OR SERVICES. FOR INFORMATION PLEASE WRITE TO PREMIUM MARKETING DIVISION. PENGUIN BOOKS USA INC., 375 HUDSON STREET. NEW YORK. NEW YORK 10014.

The Risqué Resolution by Eaton, Jillian
A Wicked Persuasion by Catherine George
Come On Closer by Kendra Leigh Castle
The Sect (The Craig Crime Series) by Catriona King
Playing in SECRET (Corrigan & Co. Book 9) by Crystal Perkins
Gilded Lily by Isabel Vincent
The Ambiguity of Murder by Roderic Jeffries
Searching for Beautiful by Nyrae Dawn
House of a Thousand Screams by R.L. Stine
Woman of Substance by Bower, Annette