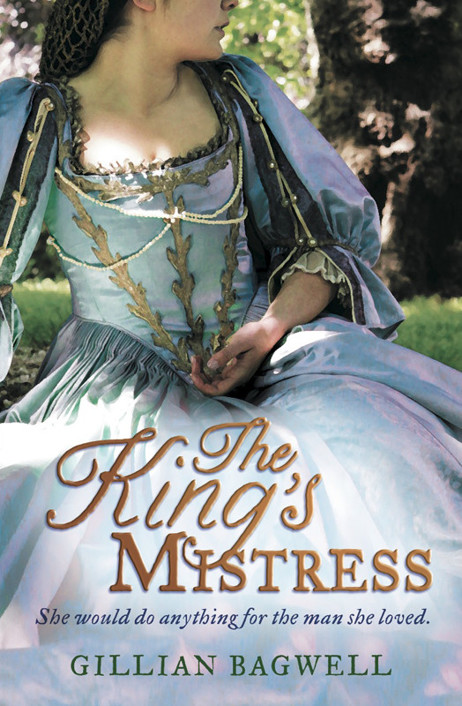 This book is dedicated to the memory of

I miss you every day.

You left us far too soon.

Read on for an extract from her first novel,
The Darling Strumpet
.

T
HE AFTERNOON SUN DAPPLED THROUGH THE LEAVES OF THE
oak tree. Jane Lane sat in its shade, her back against its stalwart trunk, the Second Folio of Shakespeare’s works open on her lap. She had sneaked her favourite book from her father’s library and taken it out near the summerhouse, where she could read and dream in peace.

Though what need have I to sneak?
she asked herself.
I am five and twenty today, and if I am ever to be thought no longer a child, it must be so today. Lammas Eve.

“On Lammas Eve at night shall she be fourteen,” her Nurse had said of Juliet Capulet. Jane shared Juliet’s birthday, the thirty-first of July, but Juliet, at not quite fourteen, had found her Romeo, to woo her and win her beneath a moon hanging low in a warm Italian night sky.
But not I,
Jane thought.
I have come to the great age of five and twenty, and but one man has stirred my heart, and that came to naught.
An old maid, her eldest sister, Withy, would say.

What is wrong with me?
Jane wondered.
Why can I not like any man well enough to want to wed him? It is not as though I am such a great prize. Pretty enough, I suppose, in face and form, but no great beauty. Witty and learned, but those features are of little use in a woman, of little use to a man who wants a wife to be mistress of his estate and mother to his heirs.

What if there will never be someone for me?

She pushed the thought away. Surely there was more to think about, more to do than be merely a wife, exchanging the protection and stability of her father’s home for that of a husband’s.

She looked down again at the book in her lap, opened to
The Life of Henry the Fifth
, and read over the opening lines spoken by the Chorus, which never failed to thrill her.

O, for a muse of fire, that would ascend

The brightest heaven of invention!

A kingdom for a stage, princes to act,

And monarchs to behold the swelling scene.

Yes, that was what she wanted. A swelling scene, full of romance and adventure, not this dull life in the Staffordshire countryside. She read on.

Assume the port of Mars, and at his heels,

(Leash’d in like hounds) should famine, sword, and fire

That sort of man would rouse her blood. Sword in hand, armour on his back, astride a great war horse, exhorting his men onward.

Once more, unto the breach, dear friends! …

Jane sighed. There was no king in England now. King Charles was, unthinkably, dead, at the hands of Parliament, two years since. The war had raged for years, those who wanted there to be no king had won, and now Oliver Cromwell ruled. The king’s twenty-one-year-old son, Charles, the exiled Prince of Wales, had been crowned as king in Scotland at the beginning of the year, but Jane’s father and brothers and cousins, the neighbours and the newsbooks, whether Royalist or Parliamentary in sentiment, did none of them expect to see a king upon the throne of England again.

Jane’s family had mingled with kings since time out of mind. An ancestor of hers had come into England with William the Conqueror more than six hundred years earlier, and Lanes had gone crusading with Richard the Lionheart a century after that, and fought at the side of the Lancastrians in the War of the Roses. Jane’s own great-granduncle William Cecil, Lord Burleigh, had been councillor to the great Elizabeth, the Tudor rose that had blossomed from those wars, and in living memory the family tree had borne a Countess of Oxford. And many generations back, Jane herself was descended from King Edward I, called “Longshanks” and “the Hammer of the Scots”.

But the time for kings had gone, and in their place sat a parliament. What a grey and bleak sound that word had, Jane thought. Would she ever in her life feel excitement again?

The thought again raised the agitation that had rumbled at the back of her mind all day. Her brother John’s friend Sir Clement Fisher was coming to dinner, and she rather thought he was likely to ask her to marry him. She didn’t want to, really. It was not that there was anything wrong with him. He had served honourably in the wars. It was just that she felt no stirring of passion when she was with him. But if she said no? What were her chances then?

Jane’s eyes strayed to the southeastern horizon. Somewhere that way lay London. Throughout her childhood, London had seemed a place of magic, and she had longed to go there. When she was ten, the King’s Company of players had given a performance in Wolverhampton, and her father had taken her, all that five miles away, to see them, as a special treat for her birthday
. Henry the Fifth
, the same play that lay open on her lap. She had never been so excited in her life as when that first actor strode onto the stage and began the speech that ran through her mind today.

Afterwards, she had begged her father to take her to London, that she might see more plays. “Someday,” he had replied, laughing.

But someday had not come soon enough, and when she was sixteen, Cromwell had ordered the playhouses closed, torn down, the plays to be no more. All of Jane’s family hated Cromwell, but she felt an especial malice towards him for that. He had not only killed the king, he had killed all the past kings as well—glorious Harry V; his father, Bolingbroke, who had dethroned poor lost Richard II to become Henry IV; and all the rest of them.

“Jane!” Withy’s voice cut through Jane’s thoughts. There was no time to think of tucking the book away before Withy heaved into view, pink and exasperated in the heat.

“There you are! Reading again.”

The verb held a freight of disapproval. Jane was the youngest of the Lane siblings, and Withy, thirteen years her senior, still seemed to regard her as a naughty child.

“Sir Clement Fisher will be arriving before long. You haven’t much time to make yourself presentable.”

Withy stood looking down at Jane, her broad face damp with perspiration, and Jane could see her own reflection in her sister’s face as clearly as in a mirror. She had pulled off her cap, and her auburn hair was curling untidily around her shoulders. Her skirt was dusty, and her face warm in the sun. She was comfortable, which meant almost by definition that she was not properly dressed for company. Especially Sir Clement Fisher.

“You know right well he’s like to ask for your hand tonight,” Withy said, swatting at a fly that buzzed around her head. “I’d have thought you would want to take some care for your appearance, this night of all nights. You’re not like to have many more offers, you know.”

“You know it’s true. How many suitors—perfectly good men—have you turned away? And for what reasons? Too old, not handsome enough, not learned enough. And now you’re five and twenty, and Sir Clement is about the only Royalist gentleman left within fifty miles. But I suppose there’s something wrong with him, too?”

“There’s nothing wrong with him,” Jane said. “And yet, I cannot bring myself, though I have truly tried, to have any great desire to be his wife. Or anyone’s wife.”

“And, pray, what else is there for you to be?” Withy’s voice rose in impatience. She stood, hands on sturdy hips, waiting for an answer.

Withy was right. She could be someone’s wife, and have a home of her own. Otherwise, she would live on in the homes of her brothers and sisters, never going hungry, never wanting for safety or comfort, but never mistress of her own house or her own life, never with money of her own or the means to be anything other than a spinster relation.

“Well,” Withy said. “I beg you to at least not shame the family or discommode Sir Clement. He’s riding all this way for your birthday supper, the least you can do is wash your face and try to look more like a lady than a milkmaid.”

“And so I shall,” Jane agreed, getting to her feet and dusting off the cover of the folio with her sleeve. “But I want to walk first a bit.”

“Well, don’t be long. In faith, I don’t understand you. Any other woman would be counting the hours until supper time.” She twitched her skirts in annoyance at the buzzing fly and trudged away towards the house.

Jane regretted not having asked her sister to take the heavy folio inside, but likely the request only would have brought a scathing remark about the foolishness of having brought the book outside in the first place.

The orchard lay up the slope some quarter of a mile north of the house. Jane had always loved to escape from the rest of the world there, especially in summer, when the scent of ripening fruit permeated the air. Apples, quinces, pears, apricots, plums, cherries. The trees were laid out in rows, each kind of fruit with its distinctive leaves. Many of the trees were ancient, had stood for far longer than the seventy-five years that the present Bentley Hall had sat on the site of a previous house by that name. Some of the trees had newer tops grafted onto old trunks and still did not look all of one piece. As a child, Jane had liked to imagine that fairies lived in the orchard and watched her, and that perhaps if she were quiet and wished hard enough, they might come out, and perhaps even take her back with them to visit their magic realm.