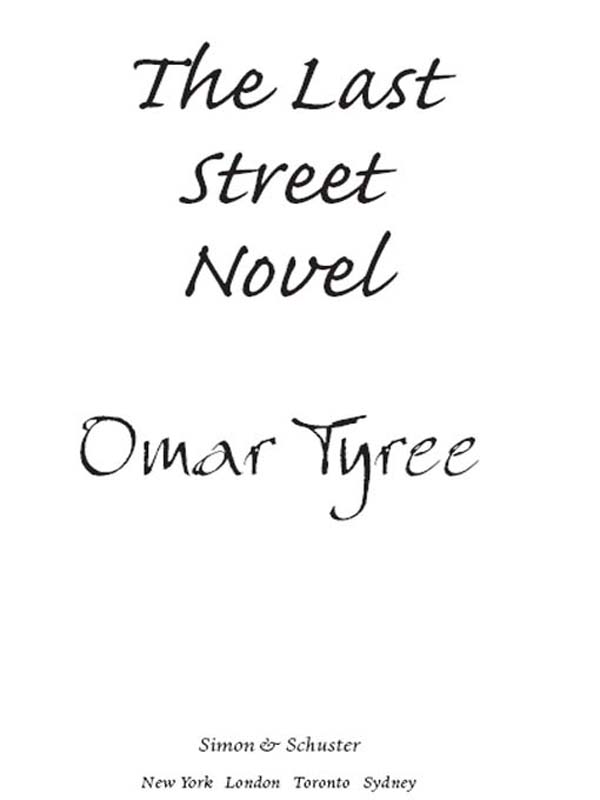 Diary of a Groupie

For the Love of Money

A Do Right Man

Proverbs of the People

Tough Love: The Life and Death of Tupac Shakur 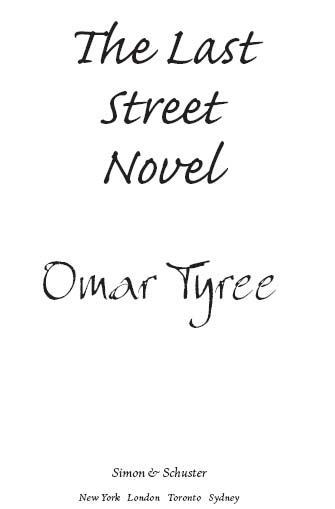 I was born into this world
with the mind and spirit
of a revolutionary
unfortunately
in the time of my short existence
there was no longer
a revolution
so I walked the earth
for 40 days
and 40 nights
angry
apparently
at nothing.

The Heat Is On

Whose Side Is Safe?

Out of the Fire

T
HE SMOKE FROM THE CIGARETTE
rose to the unblemished young face of a Harlem street general. He took another toke, holding the slim white cancer stick to his dark brown lips in between the fingers of his left hand. On his wrist dangled the overpriced timepiece of a pink gold Rolex, face all broken out with diamonds. His eyes squinted from the smoke while he stared forward. And when he spoke he possessed the full confidence of authority.

He was real easy with his movements, relaxed like a pool shark who knew he’d win. He was twenty-five, but his baby face and wiry frame made him look closer to twenty. He wore a beige tennis shirt and top-grade denim jeans, held up by a leather belt with a chrome belt buckle with the capital letter
G
.

When he walked forward, a black semiautomatic pistol, elongated by a silencer attachment, tapped against his right leg. The pistol and silencer were firmly secured in his black leather–gloved shooting hand. Several of his trusted soldiers surrounded him in a lineup to his left and right, leading to their prisoner, who sat in the middle. And a dim light slashed in from the top of the blacked-out windows, good enough for them all to see, while no one could see them.

Their prisoner—a too-late-to-pray victim of disrespectful swagger—was strapped to a wooden chair with duct tape wrapped around his mouth to muffle his screams. The duct tape also served to stop him from ratting out any more information. That was why the man was in trouble in the first place; he knew too much, and he wasn’t afraid to say what he knew.

The young general reached him at the chair and smacked the man upside the head with the hard handle of the gun.

The man dropped his head and whimpered in pain.

One of the soldiers looked on and grinned. “I bet he ain’t gon’ talk that shit no more.”

They were inside a run-down storefront property off Adam Clayton Powell Boulevard, north of 125th Street, and away from the foot traffic that flooded their popular neighborhood. They were all in their reckless late teens and young twenties, well groomed, all except for the tattered prisoner. He was in his early thirties and nappy-headed, with his last haircut performed by the barber over a month ago.

“Oh, that’s no doubt,” the young general stated. He backed away from the prisoner, far enough to aim the extra long barrel at his face.

He then took another puff of his cigarette. He said to no one in particular, “You know what I always wondered about these silencers? I mean, if you can’t really hear the bullet when it comes out, then how you know if it hurt or not?”

“A knife don’t make no sound, but you know that shit hurt. Especially a military knife that got them jagged edges on them,” another one of his soldiers said.

“But that’s the wrong answer. The right answer is: you gotta read their eyes. Like it said in
Scarface
, ‘The eyes, they never lie.’ So watch this motherfucka eyes when I shoot ’im.”

He aimed the gun at the man’s forehead and paused for the reaction, but there was none.

“You see that? He try’na play brave now. He don’t even wanna blink. But watch his eyes after I shoot ’im in his toes.”

He flicked his nearly finished cigarette away and aimed down at the prisoner’s shoes, firing without hesitation.

The silent bullet zipped through the front end of the man’s left shoe and sent him into a chair-rocking frenzy.

“
Grrrrrr!
” he growled through the duct tape that was secured around his mouth.

The man’s eyes tightened in a flash as if someone had squirted them with lemon juice.

The young general got excited, proving his point. “You see what the fuck I’m talking ’bout? He ain’t playing it cool now. Let me see what his eyes look like when I shoot ’im in his arm.”

Another silent bullet ripped through the flesh of the prisoner’s left arm, which was strapped to the back of the chair. The man shook his matted head and squeezed his eyes shut in excruciating pain.

“This probably how they doin’ ma-fuckas in Iraq right now. I’d be a good torturer,” the young general joked. “You gotta keep it entertainin’ when you do it. Ain’t so sense in being mad about it. We got the ma-fucka now. So I could fuck around and shoot ’im in his ear and let him feel his blood dripping down his eardrum.”

A few of his soldiers winced.

“You sick, son,” a brave one commented, with a shake of his head.

Fortunately, the young general didn’t pay him any mind. For the time being, it was kill one mockingbird at a time.

“So what you want it in your head or in your chest, man? You make your choice. I don’t mind,” he teased the prisoner, who was bleeding from his left foot and left arm.

The unfortunate older man continued to keep his head down, not willing to volunteer anything to the game. That decision forced him to take another bullet, this time to his left earlobe.

“
Grrrrrrrr!
” he growled and shook his head hysterically.

The young general became angry, like a psychopath. “Nigga, you listen to me when I’m talking to you! You hear me? Or you ain’t gon’ hear shit else in here.”

Nobody laughed or said a word at that point. Their leader was in psycho mode.

“Shit. Now I gotta talk to you in your good ear.”

His wry comment broke the tension in the empty room, compelling his soldiers to laugh out loud again.

The young general walked over to the prisoner’s right ear and stopped to address his set. “Ay, ain’t nuntin’ fuckin’ funny in here. I’m about tired of this shit now. And you look at me when I’m talking to you,
Eugene
.”

He called the prisoner by his first name and aimed the gun to his forehead again.

Eugene slowly lifted his head and forced himself not to beg for mercy. He realized that his begging would be useless—it would only add more fuel to an ugly fire.

Eugene shook his head and sniffed. Fresh snot ran out of his nose, mixed with tears that ran down his face in a combined slop of terror, while blood painted the side of his neck from the bullet that shot off his earlobe.

The young general snapped, “I thought not.” Then he made his whole point of the evening. “Nigga, I’m not no fucking game. So when you hear somebody say Baby G don’t take that ‘Baby’ shit seriously, ’cause I’m a grown-ass man now. And I don’t make fuckin’ music, but I
will
make a motherfucka dance. You hear me?”

He was speaking more to his set of soldiers than to Eugene. Eugene was a dead man. He was no more than a human blackboard on which Baby G was writing his message. But instead of chalk, he was using bullets.

“Aw’ight, son, so where you want it—in your head or in your chest—’cause I got shit to do?”

Eugene stretched his eyes in disbelief. Baby G read it and frowned at him.

“Aw now, I know you don’t think you was gon’ live in here. What you think, I’ma let you walk around deformed and crippled? What if somebody ask you what happened? What you gon’ say, you got caught up in a drive-by? We can’t have no drive-bys in Harlem. That shit is way too sloppy. Somebody fuck around and hit Bill Clinton by accident, and these beat walkers’ll fuck up the whole neighborhood looking for niggas. They’ll turn us into Jews for a new Holocaust.”

He said, “’Cause Harlem is changing now, B. These adventurous-ass white folks is moving in and running up the property value with these new condos and shit. So now we gotta do our shit underground; silencers, leather gloves, and shit like that.”

He looked over to his soldiers and said, “Ay, they even shutting down the liquor store game and puttin’ up coffee and cake shops on every corner now; fuckin’ bagel and Philadelphia Cream Cheese shops and shit.”

“Word up, son. That shit is real. Got me drinkin’ coffee and shit now,” one of his soldiers agreed, while the rest of them nodded in unison.

Baby G looked back at their prisoner of war and said, “I bet you ain’t think I knew shit like that, did you, Eugene? You just thought I was another young, dumb-ass criminal, hunh?”

He stopped and eyed Eugene in his face, stooping down to get his point across with the silencer. “Nah, B. I know shit. So I figured I’d educate ya’ ass before I kill you.”

His soldiers stopped laughing after that. Play time was over. It was killing season.

“So where you want it: in your head or in your chest?” Baby G backed up and repeated. “Come on, son, let’s make it happen. Let’s get it over with.”

When Eugene failed to answer, the young general wiped his hands of the whole scene.

He squeezed off two more shots. The silent bullets splattered through the back of the man’s skull and left him limp in the chair. Baby G then tossed the gun to one of his soldiers.

“Do something smart with that and burn the glove…or I’ma have to burn you.”

“I got it,” his soldier assured him calmly.

Baby G nodded. “That’s good.” He turned and headed toward the back door to make his exit the way they had all entered.

“Yo, somebody give me another cigarette.”

When they walked back out into the tranquil night air, bright stars and a half-moon were out. Everything was good. Harlem was an every-night holiday in the summertime. The streets were always flooded with the celebration of life. And there was no other place in the world they would rather have lived.

Baby G continued to nod. A fresh cigarette rose to his lips in between the fingers of his right hand.

“Yo, let’s ride in that Mercedes with the top down. I feel like meeting me some new girls tonight. What’s going on at Zip Code?”

Somebody answered, “They got that comedy hour goin’ on there tonight.”

Baby G thought it over. Comedy was good.

“Aw’ight, that’s good money. Girls love to laugh. But let’s smoke some of that sour diesel first. The laughs come easier with the weed.”

“That’s what’s up,” another one of his soldiers agreed. “I’ma go get that.”

They eased their way down Adam Clayton Powell Boulevard toward the black Mercedes CLK convertible and a Chrysler 300 that were parked a few blocks away.