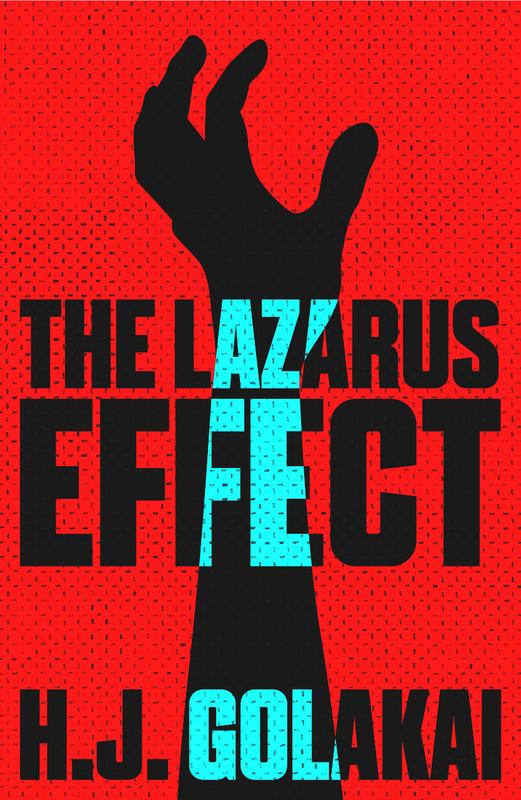 To my family, who know me best and worst. And Miss Gloria Dunbar, for teaching me ‘the difference’.

You will live by the sword and you will serve your brother. But when you grow restless, you will throw his yoke from off your neck.

The teenager broke the bones of her neck and wrist and felt no pain. The core of her being, a vibrant girl who had loved the colour red and salty, vinegar-soaked chips, was gone – spirit and flesh had parted ways two years earlier. The husk left behind meandered through an underground drainpipe. The pipe traversed a field and wandered into a residential suburb with a brisk business imprint, its chambers swollen with rainwater. A torrent of filth – mud, plastic garbage, the effluent of other people’s lives and carelessness – pushed the remains back and forth.

The girl’s corpse had lain dry and undisturbed for over two summers, nestled in a storm drain protected from the elements by pipe failure in the drainage system. This year’s rains were particularly brutal, disrupting the rest haven. Flooded, the concrete channel rolled and settled, shifting and releasing its contents. The corpse had knocked through kilometres of sub-city planning, bones breaking along the way. Now, it faced a battle of size versus mechanics: the larger channel diverted into smaller culverts and the force of the run-off was too weak to expel the unusually large cargo. The girl’s corpse lay wedged between a fair-sized stone and the unyielding lip of a pipe – stuck, literally, between a rock and hard place, rocking gently in the current.

Braving the cold on a nearby footbridge, a solitary figure hopped from foot to foot, waiting for some sign of the body. After days of rain, the torrent should have released it, or a piece of it, by now. Nothing had appeared, meaning it had to be stuck in the system. Something like this had been bound to happen. The watcher had been quick to the scene within an hour of the first raindrops falling and had tried and failed to pull off a rescue mission. Trying to fight the strong current in a confined space, alone and on an empty stomach, was a mad idea. A death wish. Only the living could fight for the dead, and the watcher felt frozen between those two worlds most of the time.

So, the watcher watched. As the first to have seen the dead girl dumped in the storm drain and the last one to see her alive, the watcher’s waiting was mixed with a strange sense of loss. She wasn’t coming out. Eventually she would, but not today or tomorrow. And when she did, whatever terrible things had landed her under the city would pop out, too. Trouble was behind her; the watcher also waited with a sense of dread.

A few hundred metres away, a solo jogger zipping past the open expanse of Rondebosch Common grappled with the smaller but no less important issue of personal biology.

Voinjama Johnson grunted as her legs ate up asphalt. She had no objection at all to the principle of fitness; in fact, she’d missed – in a distant, offhand way – her university days as a
star track and fielder. But this new ‘taking back command’ routine – forcing herself to do things like run at ungodly hours to prove to her body that she was mistress of it – was a pain in the ass. She sucked in lungfuls of air, eyes watering a little as it nipped around her nostrils. The rub of a Cape Town winter, a temperamental witch’s brew of whipping winds and slanting rain and rolling fog and wan sunlight, wasn’t much help either.

Vee cruised to a halt and bent double, hands gripping knees, appalled at how unfit she was. Her mind was definitely racing faster than her body; miraculous, considering how much more baggage it had. Thoughts to the tune of,
Please, by summertime, let it be over. Or let it be better, easier
. If things had improved, if ‘it’ had come under control by then, she’d fulfil every promise (lie) she’d made to God. Anything so that these absurd morning runs wouldn’t be necessary any more. The running was meant to clear her head, but evidently the blockage up there was being cleverly circumvented. Doctors couldn’t tell you everything …

‘Can’t tell you squat,’ she wheezed, clenching her teeth against another stab of leg pain.

… but it was reasonable to assume that at least one of their remedies would’ve worked, either by blind luck or a process of elimination. Psychosomatic manifestation of pain. Hyperventilation. Periodic blackouts. Idiopathic illness, they said, shaking their heads. We can’t diagnose if we can’t pinpoint a causative agent. Apparently, no diagnosis was still reason enough to medicate every symptom to death. Take these pills to help you sleep.
No thanks, they carry me down too deep. Then I’m groggy all day.
These ones should work for the pain.
They
knock out all my other senses, too. I zombiefy
. Homeopathic medicine?
I can’t afford it! And isn’t that just white people’s version of witchcraft?
Start a pastime then. Do something creative.
I have a job that pays me to do that. How much more creativity do I need?
No, not your job. For yourself. You need a hobby to take your mind off things.

To take a mind off a thing. So simple a principle, yet so mammoth an undertaking. Mind … thing …
flick of a switch
… off. If only life were so–

A series of spasms interrupted her thoughts, growing from flutters and trembles into agonising, involuntary clenches, and then rolling into one whole-body muscle seizure. Vee hunched and bit a howl down to a low groan. Bad,
bad
place and time. Making a spectacle of herself on the Common like an addict in the throes of a meltdown: terrible idea.

Through a prickling of sweat and tears, she flexed enough to catch sight of another jogger, bounding along with all the vim and vitality she would never have. Summoning all the strength she had, all she knew she’d have for the rest of the morning, Vee pulled herself upright. Her vision swam.

The mirage, a caterpillar-like blur of white sneakers in a streak of maroon, tightened focus into the figure of a dark-haired young woman in a velour tracksuit. You can’t find those tracksuits anywhere now, Vee thought, arranging her features into a mask of affable exhaustion. Two, three years ago they were the rage in shops, from cheap to boutique. Finding one now was like looking for a kidney on the black market. The woman looked Vee over and began to slow down, concern
creeping into her smile. Grinning, Vee flipped her a reassuring thumbs-up and dug her fingers into her waist under the strain of keeping her legs steady, letting the woman take in her sweaty face and heaving chest for good measure. They exchanged the ‘you get it’ nods and smiles of those who shared intimate knowledge of a gruelling activity and the woman jogged on, shiny ponytail swishing behind her.

Vee felt her legs buckle, welcomed the concrete embrace of the footpath as she collapsed near its grassy verge. She fought to keep her lids open and eyes in focus, to keep her chest from exploding. Her arms twitched at her sides.

She disappeared down the mouth of the monster, the sensation of being swallowed crushing down on her breastbone, squeezing sound out of the air around her. Her eyes were live coals, scorching holes towards the back of her skull. Everything shimmered.

Through the haze coating her eyes, another figure materialised and moved closer. The outline was familiar … that of a teenage girl in a red woollen hat. Vee’s scream disintegrated into a croak in the back of her throat. She scuttled away, oblivious to shards of gravel digging into her back until a particularly jagged edge forced her to a halt. Wheezing for air against the knot lodged in her throat, she closed her eyes and counted backwards from fifty-three. Why fifty-three she had no clue – it had worked once in the past.

Vee got to zero, took several deep drags of air and blinked at the dawn once more. The girl in the red beanie was still there. Vee released a shuddering breath, squeezed her eyes closed
again and ran through another countdown. This time when she opened her eyes, the expression on the girl’s face was a mixture of impatience and amusement, the smirk of someone who was in a hurry but wasn’t above killing a few minutes to see how long Vee’s silliness would continue. Once she had Vee’s full attention, the girl proceeded to do what she always did: head cocked, she studied Vee from her superior vantage point, a hunter at the end of a kill, watching an animal thrash out its pitiable last. Then her eyes softened. She shot a look over her shoulder and back to Vee several times, motioning with one hand.

Of course she wasn’t. Because she wasn’t there, wasn’t real. As solid as the teenager looked, tangible as a tree or scurrying squirrel, one detail betrayed her. Her chest rose and fell, but the winter chill belied proof of life. Vee watched her own breath turn to white mist as it hit the air; her tormentor had none. She moaned. She was losing her mind. Her heart thudded against the roof of her mouth like a tiny, dying bird.

Vee peeped out from behind her hands, this time into a pair of eyes in a highly concerned and very real white face. She tried to answer and it came out a burble of gibberish running over her lips. Head lolling, she tried to relax and dug deep.
Try again. Use your words, Johnson. Stand up. Kick your own ass if you have to.

Hovering, the woman patted down her pockets as her tiny, manic ruff of a dog bounced up and down, yipping.

‘You saw her?’ Vee managed at last. ‘She was right over there, with the red hat. You saw her, too?’

‘Who?’ The woman brandished her cell phone and fumbled with the keypad, peering down at Vee and scanning the area, fearful. ‘Saw who? Where? Were you mugged? Just hang on, young lady. I’m calling for help.’

Vee relinquished control of her neck muscles. Vomit spurted down her T-shirt and over her shoulder as she allowed her head to roll onto the pavement one final time. The dog licked the regurgitated breakfast off her face, while the owner struggled between pushing the animal away and yelling into the phone.

Vee closed her eyes against another really shitty morning.

Grim Rites by Bilinda Sheehan
Healing Grace by Courtright, Elizabeth
The Boy Who Couldn't Sleep and Never Had To by DC Pierson
Death of a Trophy Wife by Laura Levine
Castro's Bomb by Robert Conroy
The Hydrogen Murder by Camille Minichino
The Tightrope Walkers by David Almond
The Sibylline Oracle by Colvin, Delia
Big Money by John Dos Passos
Borderlands 5 by Unknown