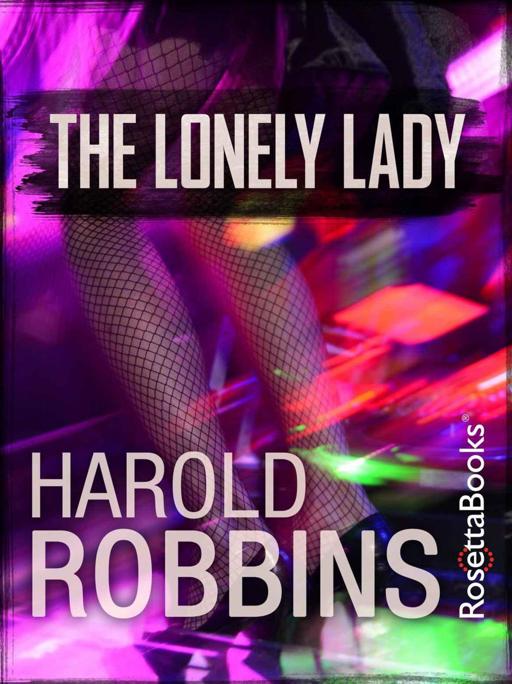 The boldest, most provocative novel from America’s master storyteller…

“Harold Robbins is a master!”
—
Playboy

“Robbins’ books are packed with action, sustained by a strong narrative drive and are given vitality by his own colorful life.”
—
The Wall Street Journal

Robbins is one of the “world’s five bestselling authors… each week, an estimated 280,000 people… purchase a Harold Robbins book.”
—
Saturday Review

All rights reserved. No part of this book may be used or reproduced in any form or by any electronic or mechanical means, including information storage and retrieval systems, without permission in writing from the publisher, except by a reviewer who may quote brief passages in a review.

Many thanks to the man who wears the hat, Bradley Yonover.

This book is dedicated to the memory of Jacqueline Susann and Cornelius Ryan, both of whom had not only the gift of life within them but the courage to live it to the very end.
I miss you, my friends.

You get real cooled out if you’re an “achievement”-oriented woman. No matter how high a price you pay, you’re alone when you get anywhere—in a way that no man ever has to be.

She sat at the top of the stairs and cried.

As she came out of the anesthesia, she saw the little girl weeping, her face covered by her hands and long golden-brown hair. She had seen the image of herself thousands of times in that fractional moment between waking and sleeping—ever since the death of her father.

Her vision cleared and the doctor’s face looked down at her, smiling. “Everything’s okay, JeriLee,” he said.

She glanced around the room. There were several women on rolling beds near her.

The doctor answered the question before she asked it. “You’re in the recovery room,” he said.

“Does it matter now?”

A hint of tears came into the corners of her eyes. “It seems like an awful lot of trouble to have gone through and not know what it might have been.”

“It’s better this way,” he said reassuringly. “Now try and get some rest.”

“When can I get out of here?” she asked.

“This afternoon, as soon as I get the results of the tests.”

“Routine,” he said. “We think you may have an Rh problem. If so, we have a shot we can give you so that there will be no complications with your next pregnancy.”

She stared at him. “Would there have been with this one?”

“There was a possibility.”

“Then maybe it was a good thing that I had the abortion.”

“Probably. But after this try to be more careful.”

“There won’t be another abortion,” she said firmly. “The next one I keep. I don’t give a damn what anyone says. And if the father doesn’t like it he can go fuck himself.”

“You have plans?” he asked in a shocked tone.

“No. But you won’t give me the pill because of the clotting factor and I keep rejecting the I.U.D. I feel kind of stupid walking around with a diaphragm and a tube of Delfen in my handbag all the time.”

“You don’t have to go to bed with every man you meet, JeriLee,” the doctor said. “It doesn’t prove anything.”

“I don’t go to bed with every man I meet,” she retorted. “Only those I want to.”

The doctor shook his head. “I don’t understand you, JeriLee. You’re too bright to let yourself in for something like this.”

She smiled suddenly. “That’s one of the hazards of being a woman. A man can ball all he likes and nothing happens to him. But a woman can get knocked up. She’s the one who has to be careful. I thought the pill was going to even things up and it’s just my luck I can’t take it.”

The doctor gestured to a nurse. “I’ve got one pill you can take,” he said, scribbling on his prescription pad. “It will help you sleep for a while.”

“Will I be able to work tomorrow?” she asked.

“I’d rather you waited a few days,” he said. “It won’t hurt if you rest a bit longer. You may be bleeding rather heavily. The nurse will take you back to your room now. I’ll see you later when I discharge you.”

The nurse took the prescription from him and began to roll the bed away. “Wait a minute,” JeriLee said. The nurse stopped. “Jim.”

The doctor turned back. “Yes?”

He nodded and the nurse pushed her through the swinging doors and down the corridor to the elevator. She pressed the call button and looked at JeriLee with a professional smile. “Now, that wasn’t too bad, was it, honey?”

JeriLee stared up at her. “It was fucking hell,” she said, her eyes beginning to fill with tears. “I’ve just killed my baby.”

“Why are you crying, JeriLee?” her aunt asked as she came out of her mother’s room and found her sitting on the steps.

The child turned up her tearstained face. “Daddy’s dead, isn’t he?”

Her aunt did not answer.

The woman bent down and picked her up, holding her close. “No,” she said softly. “He won’t be coming back.”

The tears stopped. “Mommy lied to me,” JeriLee said accusingly.

Her aunt’s voice was soft. “Your mother wanted to spare you, child. She didn’t want to hurt you.”

“But that’s not what she told me to do. She said I must always tell the truth no matter what.”

“Come, let me wash your face with cold water,” her aunt said. “It will make you feel better.”

Obediently JeriLee followed her aunt into the bathroom. “Will Mommy tell Bobby?” she asked as her face was being sponged.

Her aunt met her questioning gaze. “What do you think you should do, JeriLee?”

JeriLee saw the warm sympathy in her aunt’s eyes. “I don’t think I will,” she said thoughtfully. “Maybe he is too young.”

Her aunt smiled and kissed her cheek. “That’s very wise, JeriLee. That’s a very grown-up decision for an eight-year-old to make.”

JeriLee was pleased by the warmth of the approval. But in later years she was strangely regretful. It was her first adult decision and it had been a compromise.

Later that night when she was still lying awake, she heard her mother come up the steps and go into her room. She waited for the familiar sound of her father’s footsteps to follow after he had turned out the lights downstairs. When they did not come, she knew she would never hear them again. Then she turned her face into the pillow and began to cry for him.

She had been just a little over three years old on that day when her mother dressed her carefully in a white bouffant cotton dress and brushed the golden-brown ringlet of curls around her face. “Be very careful about your dress. I want you to look very pretty today,” her mother had said. “We’re meeting Daddy at the train. He’s coming home.”

“No. But Daddy is out of the service now. He’s been discharged.”

“A little bit. Nothing serious,” her mother answered. “He hurt his leg and walks with a slight limp. But you mustn’t say anything about it. Pretend you don’t notice.”

“Okay,” JeriLee said. She turned and looked at herself in the mirror. “Do you think Daddy will recognize me now that I’m all grown up?”

“I’m sure he will,” her mother said laughingly.

In a town the size of Port Clare the return of the first discharged veteran would not go unnoticed. The major, the town council and the high school band had all been mustered out for the occasion. Across the front of the small railroad station hung a large white banner imprinted with red and blue lettering:

It was typical of Robert Gerraghty that he decided not to get off on the station side of the tracks but jumped off on the other side because it was nearer home.

Frantically the crowd searched the platform for the missing hero. “You sure he’s supposed to be on this train?” the mayor asked JeriLee’s mother with mounting frustration.

Her mother was near tears. The train was beginning to roll out of the station. “That’s what he said in his letter.”

At that moment a shout came from the far end of the platform. “There he is!”

Robert Gerraghty was almost a block away, walking briskly in the other direction. When he heard the shout he put down his bag, took off his army cap and scratched his head.

The high school band broke into “Hail the Conquering Hero,” and the mayor, forgetting his dignity, scrambled across the tracks.

In the confusion, the crowd followed and the mayor, giving up all their elaborate plans, made his speech in the middle of the dusty street. “We are gathered here to honor the return of one of Port Clare’s own, a genuine hero, wounded in the service of his country, Private First Class Robert F. Gerraghty…” The noise of the band was so great that he was forced to stop.

Her father held JeriLee in one arm, his other arm around her mother. JeriLee kept tugging at his sleeve. He turned to her, smiling. “What is it, JeriLee?”

“Were you shot in the leg?” she whispered.

“But Mommy says you were hurt. That you walk with a limp.”

“That’s true.” He nodded. “But I wasn’t wounded in action.” He saw the puzzled look on her face. “I guess your daddy was stupid enough to let a truck run over him.”

“Then you’re not a hero,” she said with disappointment.

He put his face close to hers and, smiling, held a silencing finger to his lips. “I won’t tell if you won’t.”

She began to laugh. “I won’t tell anybody,” she promised. Then she thought for a moment. “Can I tell Mommy?”

He grinned and kissed her cheek. “I think Mommy already knows.” He looked into her face. “Did anyone ever tell you that you look exactly like Shirley Temple?”

She smiled, forcing the dimples into her cheeks. “Everybody says that, Daddy,” she said proudly. “And Mommy says that I sing and dance better than she does.”

“Will you sing and dance for me when we get home?”

She threw her arms around his neck. “Yes, Daddy.”

“Hold that!” a photographer called out. “We want that one for the paper.”

JeriLee held her brightest Shirley Temple smile, but somehow the mayor got his face in front of her and when the picture finally appeared on the front page of the Port Clare
Weekly Bulletin
all you could see of JeriLee was her arms around her father’s neck.

The Ragged Edge of the World by Eugene Linden
My Star by Christine Gasbjerg
Bootscootin' Blahniks by D. D. Scott
The Broken Key (02) - Hunter of the Horde by Brian S. Pratt
Going All the Way (Knights of Passion Book 1) by Megan Ryder
Scuzzworms by Ella Mack
The Bad Sister by Emma Tennant
The Not So Secret Emails Of Coco Pinchard by Bryndza, Robert
Dark Voyage by Alan Furst
Terror on the Beach by Holloway, Peggy