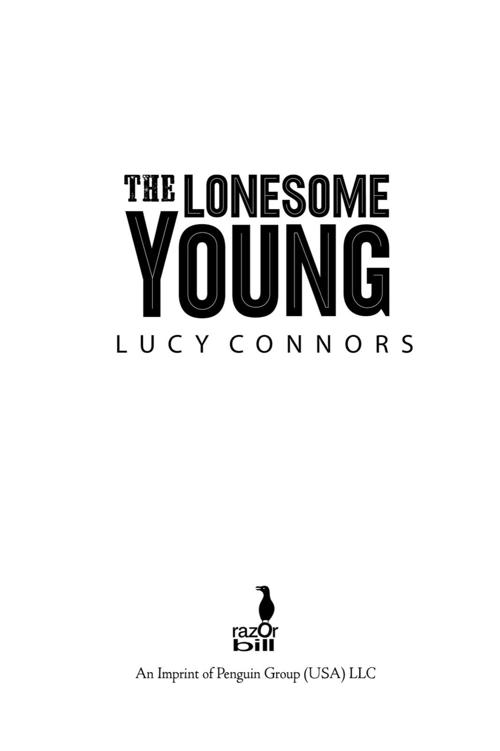 T
his book is for Connor and Lauren (aka Lucy), who taught me everything.

S
ometimes even other people’s failures can taste like shame in the back of your throat.

I’d learned this the hard way over the past few days, and now the residue of that shame tangled my thoughts into knots as I watched the sun go down and the miles go by on the drive from the Louisville airport to the ranch.

“How is it? Having the entire family living at the ranch full-time?” I turned to look at Pete, Gran’s foreman, noticing lines on his deeply tanned face that I didn’t think had been there only a few months before during our annual summer visit. “Is my dad trying to tell you how to do your job, as usual?”

The shrill sound of fire truck sirens—
lots
of them—cut off whatever he’d been about to say. Pete finished rounding the curve around the side of the hill and then slowed and pulled off the road. Now that the view opened up, we could see the orange glow of a huge blaze in the distance and a black cloud of smoke silhouetted in the fading light of dusk.

“What the hell?” Pete switched on his emergency flashers and picked up his phone. “What could be burning like that out there? There’s nothing on that hill but trees. Burning trees look different than that.”

Four fire trucks zoomed past us, sirens screaming and lights blazing, chasing each other to the scene. Pete was firing questions at whoever he’d called, so I took the opportunity to step out and stretch my legs, which had been cramped in first the coach-class airplane seat and then the old truck.

The stench hit me first. The smoke was acrid and, even at this distance, burned my eyes and nostrils when I took a breath. There was something different about it from the scent of an ordinary forest fire; I’d smelled plenty of those. This one was metallic, somehow, and almost acidic—reminding me more of chemistry class than of a bonfire.

The roar of approaching motorcycle engines, which had been muffled by the hillside, blew around the curve of the road. I was well away from the edge of the pavement, but I took an involuntary step back. The lead rider, his long, lean body bent forward as if urging the bike to even greater speed, turned his helmeted face toward me, and a shiver danced down my spine—either to warn or to entice me.

The group of riders raced past me, and my momentary sense of danger vanished with them, leaving me feeling off-kilter and my stomach hollow. I shook my head, impatient with my uncharacteristically fanciful thoughts.

I turned back toward the truck. Pete was waving his hand, beckoning me to “get a move on,” as he liked to say.

I hurried back to my seat and buckled up. “What’s going on?”

“Big fire over at the old Lightwater place. We need to get over there fast.” His face was drawn in grim lines, and I knew it must be bad.

We headed toward the distant flames, following the path left by the speeding bikers. For the first time since Dad had called to tell me I had to leave boarding school, I felt a glimmer of light cut through the darkness of my mood as the memory of that boy on the motorcycle, turning to stare at me from behind the faceless anonymity of his helmet’s dark visor, scratched at the edges of my awareness all the way down the road.

I
headed for the fire, my mind on the girl. She’d stood there on the side of the road, staring at me as I passed by, her lips parted and her white-blond hair whipping around her face in the breeze. Beautiful. Elegant, even in jeans and a sweater.

And I had no idea who she was, even though the truck had been vaguely familiar. In Whitfield County, we recognized our neighbors by their cars and trucks even before we saw their faces. The faded blue Ford Focus with the dent next to the left tail light was the guy with the drinking problem who always hung out at the Irish pub just a little too long. The red and white Chevy muscle car was the guy who used to like roughing up his girlfriends. The mint-green Escape was the woman who’d fought back one day. Chevy muscle guy’s nose didn’t look nearly as good these days as it once had.

But the girl? My brain didn’t associate her with any car, but for sure she’d looked like money. Elegant. Understated. Probably rich, in spite of the beat-up farm truck. Almost certainly unattainable, at least for somebody like me. The thought pissed me off, and I took the next curve too fast and nearly went into a skid, forcing me to focus on the road instead of thinking about the girl who’d probably only been stretching her legs on a trip to someplace—
any
place—far away from Whitfield County.

When we arrived, having broken all speed limits, the fire was still raging. My half brother Ethan and his friends scattered around me, and we all parked on the open area of ground clear over by the trees and well out of the way. The firefighters on the scene, a mix of professionals and volunteers, were wearing masks, and the deputies who worked for my dad were making sure nobody else got anywhere close to the source of the fire, an old trailer that had seen better days even before the explosion.

Ethan stood next to his bike, arms folded over his chest. A picture of casual indifference to anybody who hadn’t been at a “welcome home from jail, Ethan” barbecue with him an hour earlier, or hadn’t seen him and his lowlife buddies take off like bats out of hell when he’d gotten a phone call. He’d shouted “fire” but nothing else before roaring out of there. I’d followed him with some idea that the fire might be at his mom’s place, racing him for the lead in an echo of years-gone-by sibling rivalry, until I’d seen the girl on the side of the road.

But this wasn’t his mom’s place, and old trailers didn’t blow up like that without a reason.

It was a meth lab, in spite of the fact that he’d told me not two hours earlier that he was out of the business.

What a load of horse shit, and I was a fool for even thinking about believing him.

I walked over to him, forcing my hands to unclench. Ethan was older than me, bigger than me, and surrounded by his cold-eyed thugs, all of them covered with tattoos and most of them convicted criminals. But starting a fistfight in full view of my dad, the sheriff, who was pulling up now in his official car, was a bad idea, no matter how much I was itching to do it.

“One quart of ether has the exploding power of a stick of dynamite,” Ethan said as I approached. “Did you know that, little bro?”

His face was all harsh angles in the reflected light of the fire, but his voice was quiet. Almost serene. As if he’d been talking about the weather instead of one of the main ingredients for cooking meth.

“I figure there were maybe sixty quarts in there, give or take,” he continued, still in that dreamy voice.

Hot For You by Evans, Jessie
Landry 05 Tarnished Gold by V. C. Andrews
Honor Among Thieves by David Chandler
Lessons in Seduction by Sandra Hyatt
Susan Carroll by Masquerade
Destiny and Desire by Carlos Fuentes
A Little Harmless Ride by Melissa Schroeder
Letters From a Stoic by Seneca
Your Republic Is Calling You by Young-Ha Kim, Chi-Young Kim
Assassin's Silence: A David Slaton Novel by Ward Larsen